[PlayStation 4] Made in Abyss: Binary Star Falling into Darkness Review


Made in Abyss is a fantasy manga by Akihito Tsukushi, published on WEB Comic Gamma (Takeshobo) since 2012. The unique juxtaposition of its gentle art style with a dark, brutal storyline captured the hearts of many fans. A TV anime version aired in 2017 followed by a compilation movie in 2019 and a completely new theatrical movie in January 2020. A sequel to the anime series was also announced in January 2020, promising to provide fans with more exciting content in addition to the manga series.

Made in Abyss is a great anime that I watched when it was airing back in 2017. It was a great show, and when I saw that Made in Abyss would get its own game from Spike Chunsoft, I was thrilled to dive into the Abyss on PlayStation. As you begin, you’ll be presented with two different game modes: “Hello Abyss” and “Deep in Abyss.” Hello Abyss allows you to reexperience the story of the first anime season and the encounter with Riko and Reg, and you’ll be playing as these two characters for a few hours. Once Hello Abyss is cleared, which should take you about 5 hours to beat, Deep in Abyss becomes available – more on Deep in A Abyss in a bit. Hello Abyss works as an overall intro into both the Made in Abyss universe, as well as help you learn about the basic gameplay mechanics. 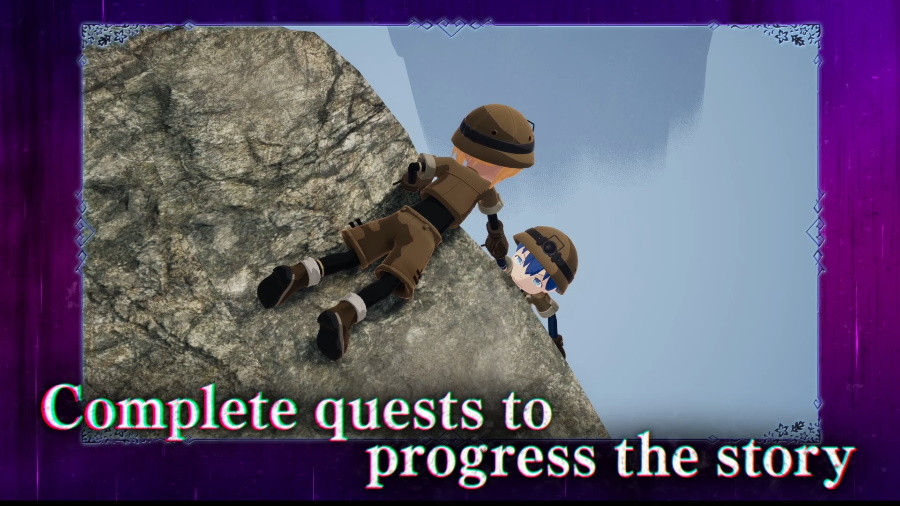 As in the anime, Riko wants to become a White Whistle like her mother, a high distinction for a Cave Raider – an explorer of the Abyss. Her mother passed away while exploring the Abyss, so Riko’s motivation is to find the truth about the depths of the Abyss. She’ll soon meet up with Reg, a mysterious robotic humanoid that will help her on her quest. At first, I was surprised by how Made in Abyss was a higher profile release compared to other anime-based games I’ve played. The game is built on the Unreal Engine and has a great cartoony look that mimics the anime. However, there is a lot of pop-in, even for elements at close range. I thought that the character models were great, but the faces could have used more work. There also aren’t many character animations, and you’ll see the same over and over again in the story cutscenes.


Exploring the Abyss was fun at first but became monotonous as I pressed forward until I reached a new layer. Each layer is quite huge and will need to be thoroughly explored before progressing to the next one. The objective of each level often requires searching for the right path to get to the newest section. One frustrating aspect of the game for me is how the game often relies on climbing down hills. The “descend” menu appears when you are very close to the cliff and only appears where you can continue. More than once, I took a wrong step and fell to my death on the platform where I was supposed to land. Dying in a mission means you’ll go back to the latest auto-save, which could be a few minutes back or, if you’re unlucky, 15 minutes ago. The game shouldn’t let you fall to your death by accident because the tooltip doesn’t show up soon enough. 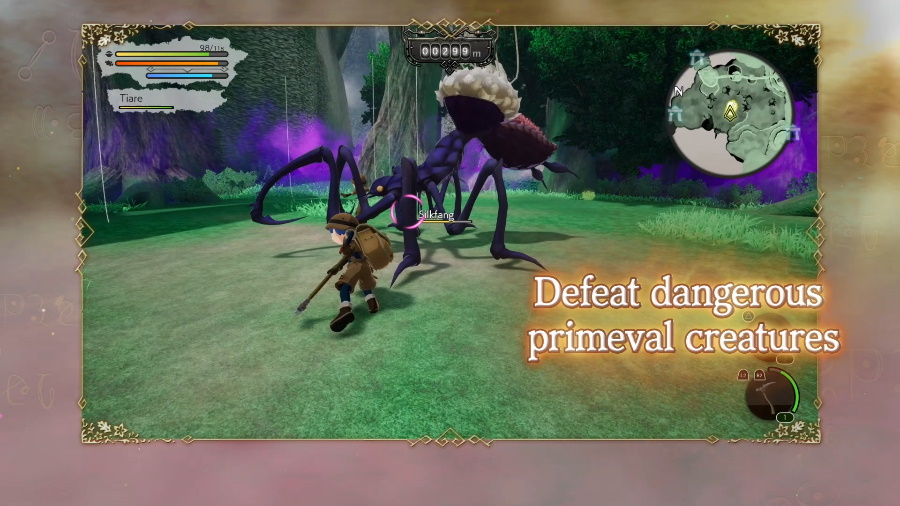 Another issue I had with this game was inventory management. You have a set weight you can bring with you on your backpack, and this will increase as you level up and use skills to increase your backpack size (and other useful skills). Since you are not told which items are useful for crafting or recipes, I kept my backpack nearly full and would almost always go above the maximum weight available every time I would pick up an item. This was annoying, and I would have liked more guidance about what was useful or not in the earlier layers.

With the different items you’ll collect in the Abyss, you’ll be able to craft new meals very early in the game. Eating is vital for your hunger bar and your actual energy left. Moreover, I liked how cooking an item would reduce the weight of the raw ingredients, which is similar to real-life cooking, where the excess fat will be discarded. You’ll also be able to craft items that will be helpful on your way, and soon after, you’ll be able to craft better weapons to attack the primeval creatures that are lurking in the Abyss. In Deep in Abyss, weapon durability must also be managed.

Deep in Abyss features a new story in which you’ll take on a new journey into the Abyss as Belchero Orphanage, a
fledgling Bell Cave Raider. Characters from the anime will also pop up to tie everything together. The Abyss is a dangerous place, so you’ll need to make the right choices to survive. As you level up, you’ll be able to go deeper and deeper, taking on a bigger challenge. You’ll have to prepare in town as you take on quests and use your money to purchase the supplies needed to have a chance at making it back alive.

About the primeval creatures, I was hoping to have a fun action RPG with a great battle system, but sadly the combat is extremely clunky. The enemies can be hit with your equipped weapon by pressing the R2 button. You need to have your weapon in hand to hit the enemies, but sadly, there are some actions that store your equipped weapon back into your backpack. Many times I went to attack an enemy only to realize that my weapon wasn’t equipped, and I was damaged by the enemies before having the chance to fight back. I don’t think this would have happened if the combat system had been more polished. You’ll also often hit close to the enemy, but they’ll be given damage nonetheless. This might be nitpicking, but being an action RPG, I would have also liked to see damage numbers on top of the enemies as they are hit. All in all, the combat was disappointing. 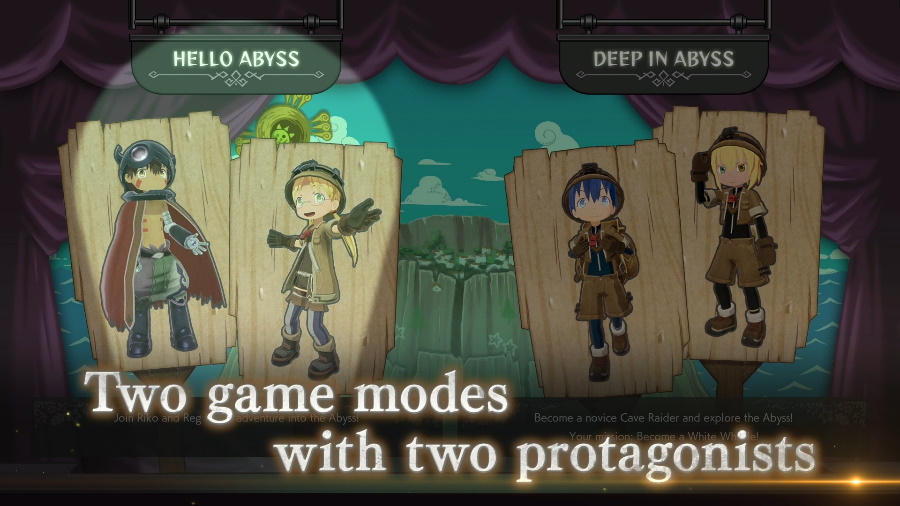 As for the localization, Made in Abyss can be played with either the original Japanese voices of the original voice actors of the anime or in English. I listened to both, and they were both great, although I preferred the original cast. There are some text choices that feel weird, but nothing that would end up being a deal-breaker.

On the trophies side, Made in Abyss has a full trophy list with 32 trophies. The trophy list is separated into 16 Bronze trophies, 10 Silver trophies, and 5 Gold trophies. A lot of the trophies are awarded for progressing through the game, going deeper and deeper, and reaching new layers. You also get a trophy for clearing each of the two game modes. Other miscellaneous trophies require you to collect relics in the Abyss and unlock skills, as well as do some cooking and obtain a ton of relics.


My expectations for Made in Abyss: Binary Star Falling into Darkness were high. Exploring the vast world of the beloved anime was great, and I liked discovering new areas. The battle system was a bummer, and having to manage space in my backpack was cumbersome. Having to play through the Hello Abyss chapter makes sense since it will serve as an introduction to the world of Made in Abyss and to the main gameplay mechanics, so fans of the anime will enjoy going through it. This will prepare you for the Deep in Abyss mode, which increases the challenge. There are some performance issues with lots of pop-in, so hopefully, this is something that can be patched. Made in Abyss: Binary Star Falling into Darkness is out on PlayStation 4 with a $59.99 asking price. 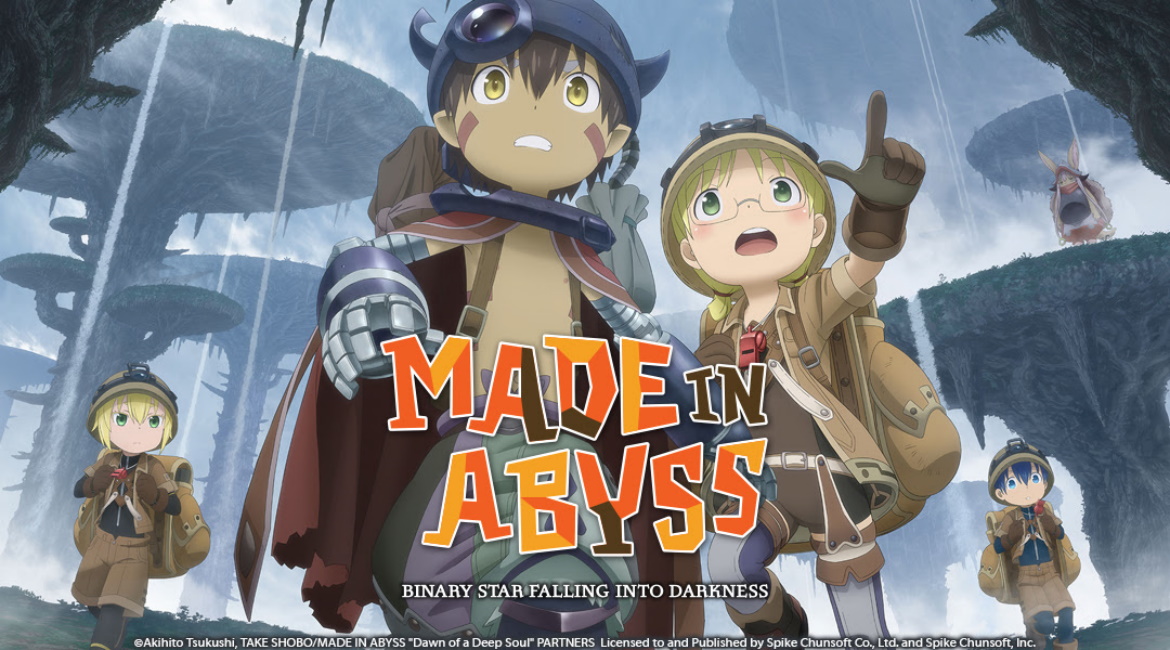 Made in Abyss: Binary Star Falling into Darkness Review

Game title : Made in Abyss: Binary Star Falling into Darkness

Beautiful world to explore with likeable characters, but some issues drags down the experience

Disclaimer
This Made in Abyss: Binary Star Falling into Darkness review is based on a PlayStation copy provided by Spike Chunsoft.

fault – StP – LIGHTKRAVTE Out Next Week