Lost in Play from Happy Juice Games and Joystick Ventures is a gorgeous and charming adventure game that is a must-play on Nintendo Switch. Find out why in our Lost in Play review!


Lost in Play from Happy Juice Games and Joystick Ventures is a gorgeous and charming adventure game that is a must-play on Nintendo Switch. You’ll go on a magical journey with a pair of siblings that walk through dreamscapes and befriend magical creatures as you help Gal and Toto on their magical journey, in which imagination is key. Lost in Play is the second game from the team after working on The Office Quest, which was created in collaboration with 11 Sheep. 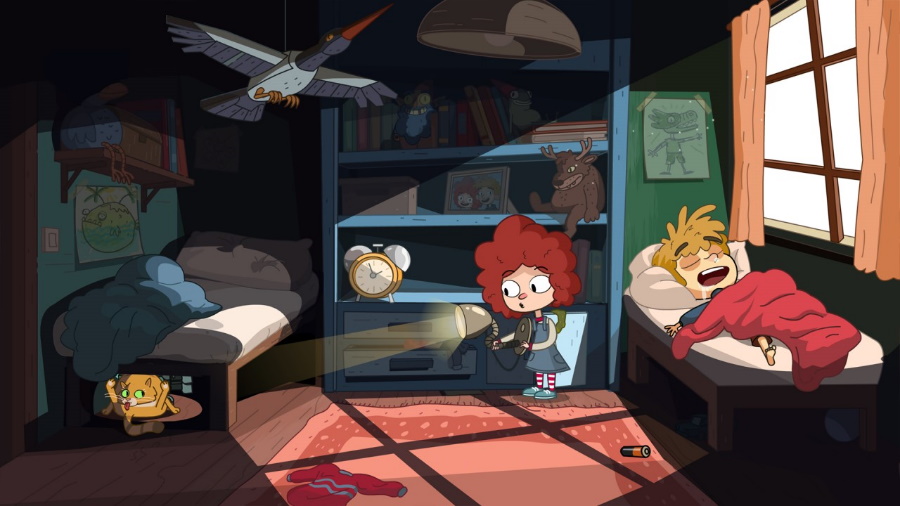 Lost in Play has no dialogue per se, going for a gibberish Star Fox-like set of sounds for the characters as they speak and sometimes wildly gesticulate. Clues for puzzles will be presented to you by way of visual cues, which makes it possible for gamers of all skill levels from all over the world to jump into this one without any language barriers. The game also does away with some of the classic elements of old-school point and click adventure games to offer a more streamlined experience, so you won’t have to move a cursor around the screen as you pixel hunt for the right spot you can interact with. It also doesn’t have a ton of items for you to collect, which means you won’t find yourself trying to use dozens of items any time you want to try and solve a puzzle.


You’ll be alternating between playing as Gal and Toto during different segments of the story. You’ll move your character with the left analog stick or the D-Pad, interacting with items or characters by pressing the A button. If you’re ever feeling stuck, you can press and hold down the Y button for a clue. All of the items you collect during your time with Lost in Play will be added to your inventory, which you can check at any time by pressing the X button. You might need to find a magical key to open a locked door that will grant you access to another item you need, or perhaps you’ll be asked to locate some batteries to power up an alarm clock. 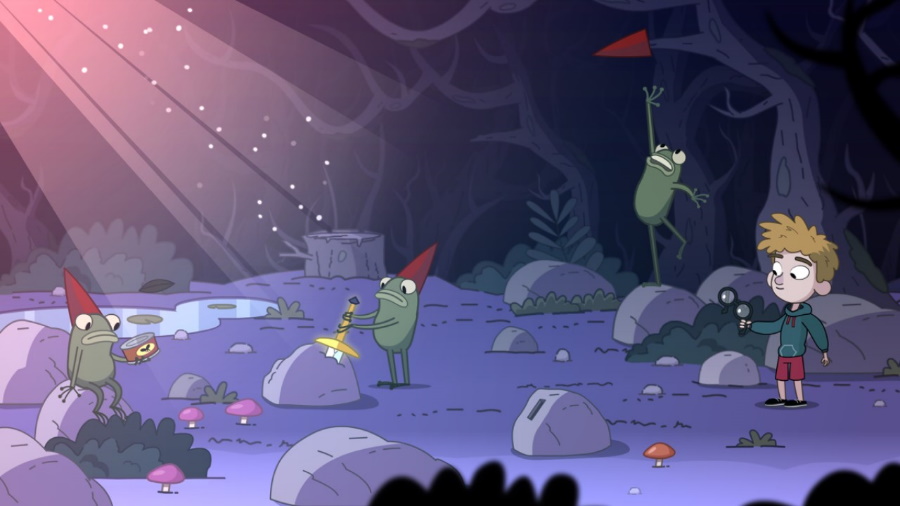 Speaking of which, allow me to discuss one of the first puzzles you’ll find in Lost in Play to give you an idea of what to expect from this wonderful experience. You wake up from a dream because the sun is shining straight into your face. Since it’s time to go on an adventure, you want to wake up your brother, so you casually open the curtains so that most of the room lights up. Unfortunately, this does not make your brother rise and shine! But what if you used the sound from the alarm clock?


Well, that’s certainly a great idea! Except… there’s a problem. It seems that the alarm clock is missing its winding key. On top of that, it also doesn’t have any batteries. Oh, and you’ll also need a screwdriver to complete your work with the alarm clock. The screwdriver shines brightly at the top of the bookcase, but it’s just a bit out of your reach. At least the winding key you can get from a cat-on-wheels toy that pops out as soon as you open a set of doors near your brother’s bed. Find a way to grab that screwdriver and collect a battery, and you’ll quickly fix that alarm clock. If only you could find something you could step on to reach that screwdriver… 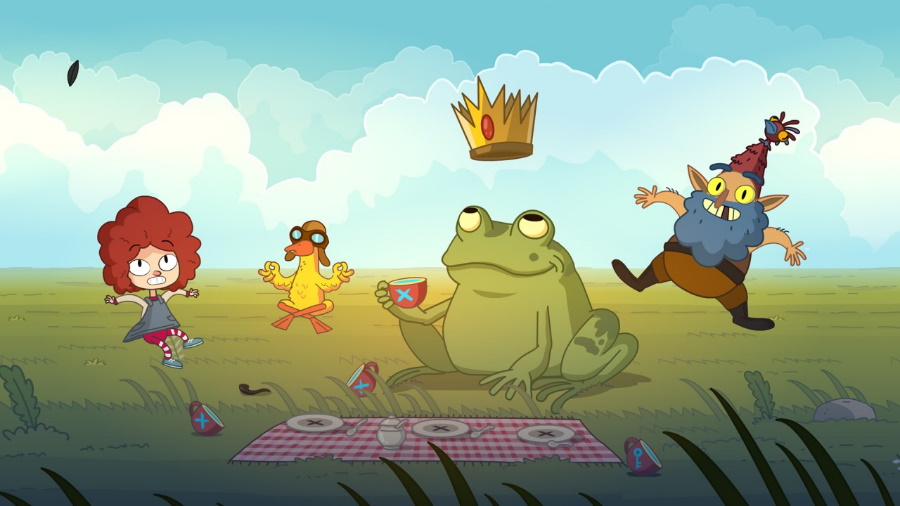 But wait… there’s more! Once you do find all three items, you’ll have to go into your inventory and select them so that you can then interact with the alarm clock. It’s then that you’ll realize that you need to open up the back cover in order to put the battery into its place – so that it matches the positive and negative contacts- as well as move the cogs inside of the alarm clock by way of a sliding puzzle so that they all turn at the same time. After this, wind up the alarm clock and get ready for your brother to jump in joy… or not!


There are also some mini-games to complete along the way. You might need to help a dog herd sheep so that they move to specific spots on a board, beat a small demon-like entity at a modified game of checkers, or take on a set of puzzles in which you must decide what the best path is to escape from the giant enemy that is chasing you. That last one can prove to be a bit trickier than expected since the monster can outrun your character if you only move while remaining within its sight.

Lost in Play is a gorgeous and fun adventure game that you have to download today to your Nintendo Switch. The excellent art style, solid soundtrack, and entertaining gameplay mechanics make for a very compelling package in which imagination is key. You’re looking at around 4-5 hours for completing this one, depending on your experience with adventure games. Lost in Play is out on Nintendo Switch with a $19.99 asking price, and it’s a game that you should add to your collection today! 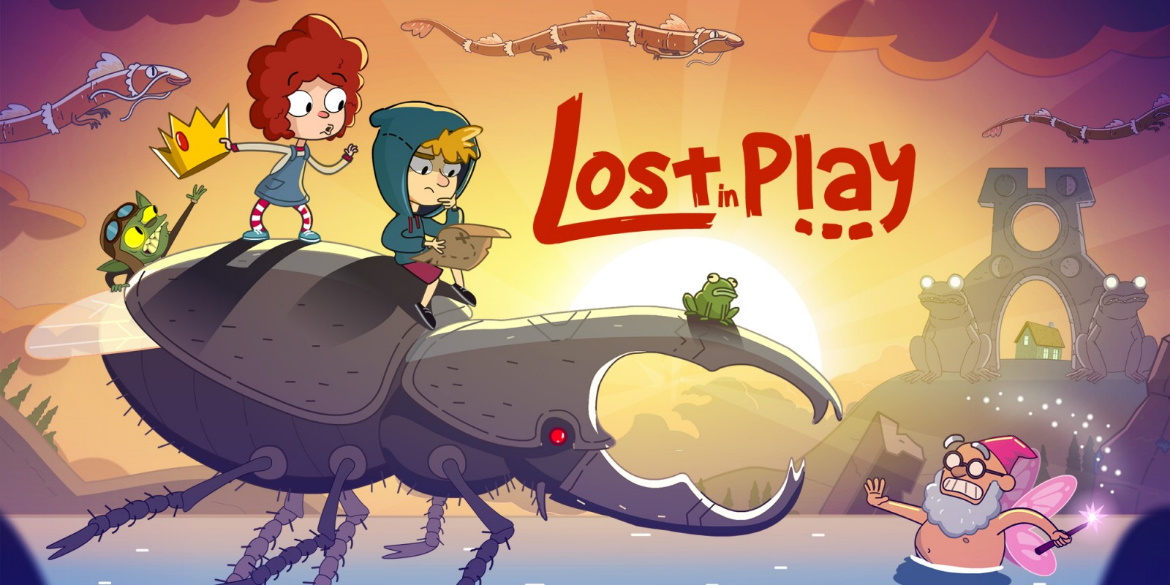 An outstanding adventure game you have to play on Nintendo Switch

Disclaimer
This Lost in Play review is based on a Nintendo Switch copy provided by Happy Juice Games.

Chef Life: A Restaurant Simulator Out Next Month