Gigapocalypse from Headup Games and Goody Gameworks has you taking over giant monsters known as Gigas as you destroy entire cities in a roguelike experience. Learn more in our Gigapocalypse review!


Gigapocalypse from Headup Games and Goody Gameworks has you taking over giant monsters known as Gigas as you destroy entire cities in a roguelike experience. The Gigas are inspired by Kaiju, the giant monsters you’ve probably seen from the tons of Japanese TV shows and movies that feature them front and center, with the most famous one being Godzilla. There are nine Gigas to choose from, split into three different themes – The First Primevals, A Void in the Space, and Old Gods – so that you can take them for a spin as you work your way through each pixelated location destroying everything on your path.

After selecting a Giga, you’ll see a difficulty rating next to its general description, ranging from Easy to Medium to Hard, which gives you a heads-up of what type of challenge you can expect based on your selection. You’ll also notice that each Giga starts at level 1, which hints at being able to level up each of them – more on this in a bit. There’s also the option of checking the lore surrounding your Giga of choice, which I felt was a nice touch. 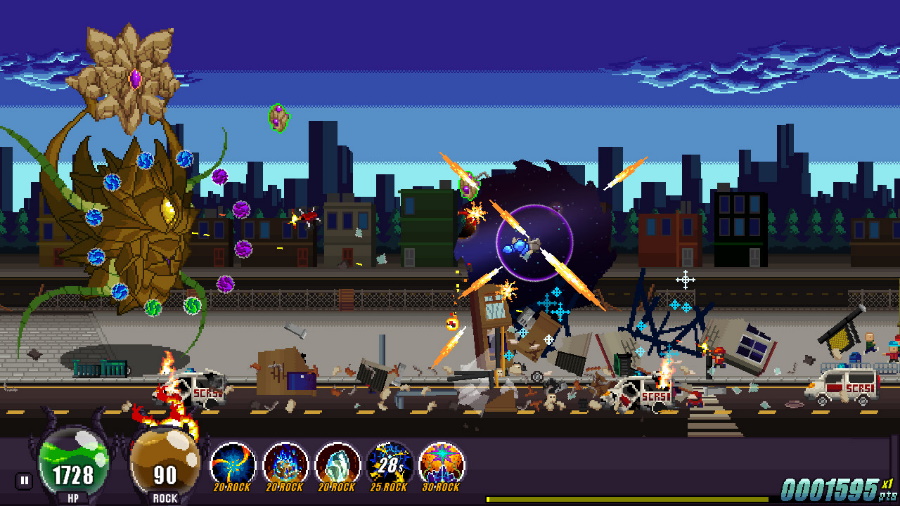 Since this is a port of a game launched on PC back in 2021, you’ll be taking on a console take on the original control layout for Gigapocalypse. You’ll move a cursor around the screen with the left analog stick – which I suggest you tweak a bit in the options menu because the default setting is too sensitive – as you aim at buildings, vehicles, and enemies. Your actions will be mapped to buttons on the Joy-Con, which means that you can press the A button for one attack, the B button for your second attack, the L and R buttons to move between skills, and the X button to activate the skill of your choice. You can also use the console’s touchscreen to control the action if you’re in Portable and Tabletop Mode or if playing on a Nintendo Switch Lite.


Your Giga has a green health bar on the bottom left corner of the screen, which will indicate its overall vitality. If said health bar reaches zero, then the Giga will be defeated, and you’ll need to lick your wounds and give it another go. Next to the green health bar, there is another orb flowing with a yellow/orange/red/purple energy that represents your Giga’s rage points. Your Giga needs rage points to be able to attack and use skills, so you should keep an eye on it and aim to upgrade it as needed. There’s also the option of picking up some random power-ups as you progress through an area, which will provide your Giga with a time-limited perk. These can include things such as having it deal twice as much damage, obtaining a shield to protect it from attacks, or a mutate bonus.

At first, your Giga won’t have many health points and rage points, nor will it have skills for you to use right from the start. You can unlock and upgrade skills by leveling up and spending skill points. Your Giga levels up by defeating enemies and destroying as much stuff as possible during each run. After this, you will go into a Tamagotchi-style mini-game you play at the end of a stage. Upon reaching the time portal at the end of the path, your Giga will revert to its baby form, so you’ll need to feed it and pet it. You can do this by selecting the food from the bottom right corner of the screen for food and by pressing and holding down the A button to move the cursor on top of the baby Giga. It will also revert to its baby form when you’re defeated since defeat is just part of the roguelike cycle for Gigapocalypse. 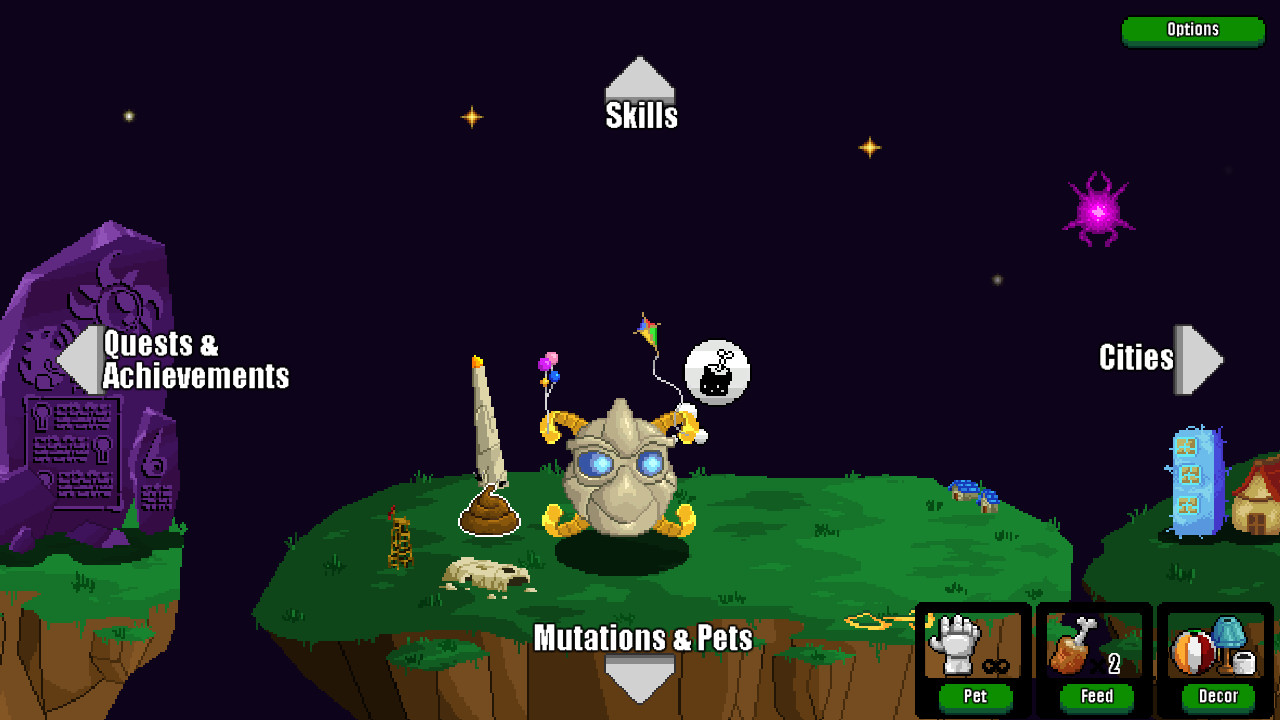 As you play through Gigapocalypse, you can work on completing a variety of achievements during your runs. Some require you to spot specific characters X number of times, destroy a type of building Y times, level up your Giga over and over again until you reach max level, complete each of the different level types that the game has to offer, buy a piece of furniture to decorate the area for the Tamagotchi-style mini-game, feeding, cleaning, and playing with your Giga for the first time, unlocking new skins for your Giga, acquiring power-ups, receiving Z damage in total, defeating bosses, and more.


Based on the quests you complete, and how you care for your Giga, you’ll be rewarded with mutation points. These points can be spent to purchase new skins that will add bonuses for your giant monster – such as being able to resurrect once with 60% hit points or receiving a boost to your laser attacks – unlock pet slots so that you can equip pets to aid you or spend mutation points on upgrading and unlocking mutations. You can upgrade your starting skills so that they can deal more damage, increase your rage regeneration speed, and more. 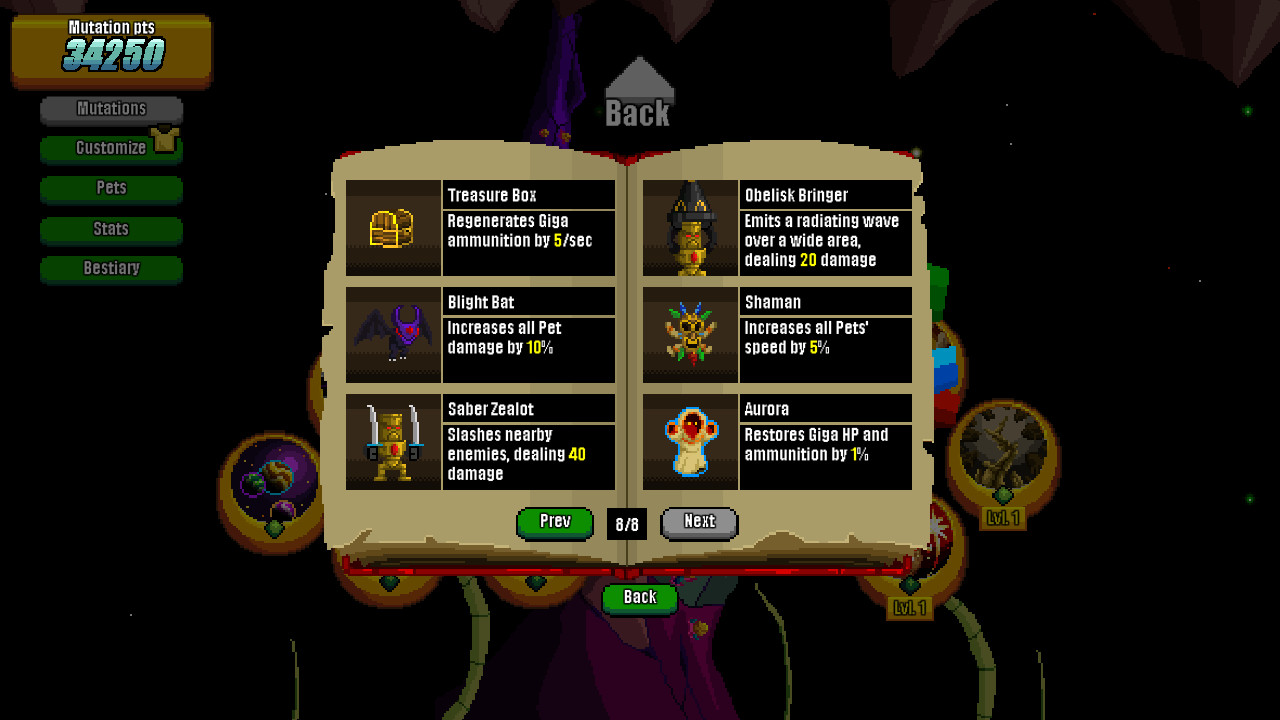 Gigapocalypse is a fun Kaiju-inspired 2D experience with a roguelike twist that will keep you coming back for more over and over again. You’ll make some progress as you destroy one city until you run into a group of enemies that will overwhelm your Giga. You’ll go back to the Tamagotchi-style mini-game where you’ll use the skill points from leveling up to unlock and upgrade skills, as you use mutation points to upgrade other abilities, purchase new skins for your Giga, or add some decoration here and there that can boost your creature’s performance. Gigapocalypse is out on Nintendo Switch with a $9.99 asking price. 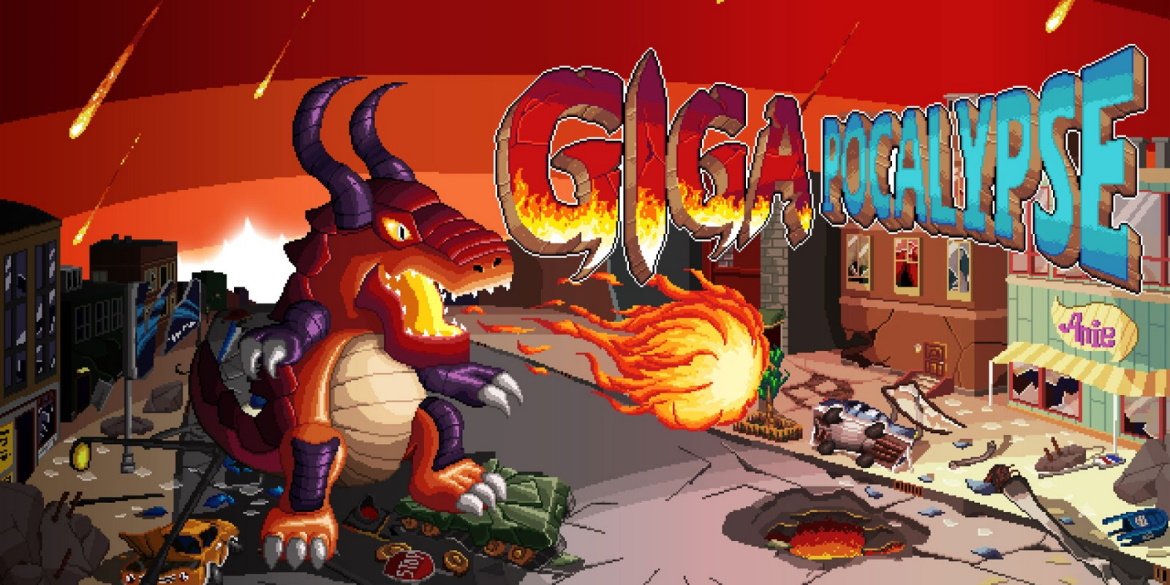 Disclaimer
This Gigapocalypse review is based on a Nintendo Switch copy provided by Headup Games.

The Spirit and the Mouse Out On Nintendo Switch