Gerda: A Flame in Winter from DON’T NOD and PortaPlay is a narrative RPG-lite experience on Nintendo Switch inspired by real-life events during World War II. In fact, the game is inspired by the life experiences of a real Danish resistance fighter who happens to be the grandmother of Hans von Knut Skovfoged, PortaPlay’s Head of Development. This also marks the first third-party game being published by DON’T NOD, who you know from the Life is Strange series, as well as from games such as Vampyr and the surreal Twin Mirror. 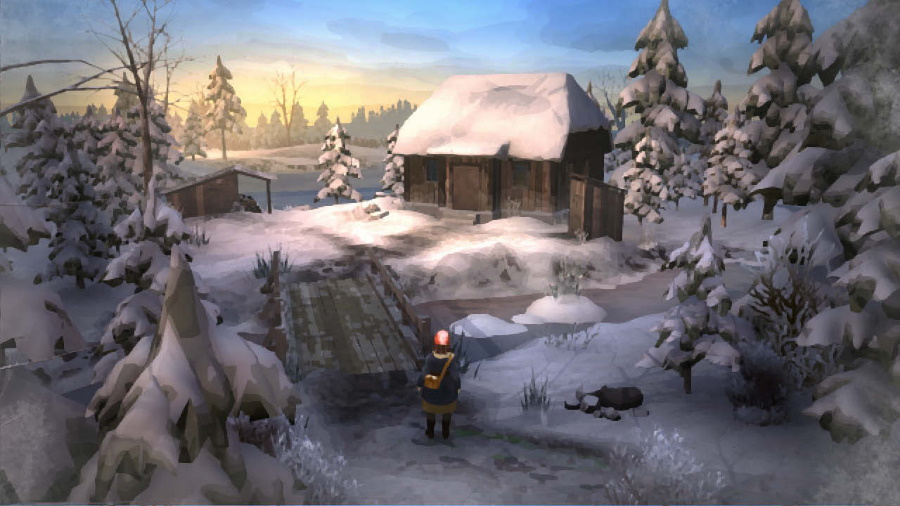 For this one, you’ll be taking on the role of the titular character Gerda Larsen, who works as a nurse and lives in the small Danish village of Tinglev. One day after returning from her day at the clinic, she finds blood at the entrance of her home. As she walks in, she realizes that her husband is being arrested by the Gestapo! It’s after they leave that she realizes that her husband has left behind some very sensitive documents for the resistance, and the choices she makes from that moment on will decide the fate of the many people involved with the movement. Actions have consequences, so Gerda will need to use her wits and what she knows of her community to find the best possible course of action. These choices will have an impact on how Gerda develops, as she writes in her journal at the end of each day to reflect on what has happened.


The game can be played either with the Nintendo Switch Joy-Con, the Nintendo Switch Pro Controller, or by using the console’s touchscreen when playing in Portable or Tabletop Mode. When using a physical control input, you can move around with the left analog stick, making choices and confirming actions with the A button. To select from the available dialogue choices, use the L, R, ZL, and ZR buttons as needed. You can press the X button to get a reminder of what you’re currently working on. And if you ever need to check your notebook, you can press the – button. 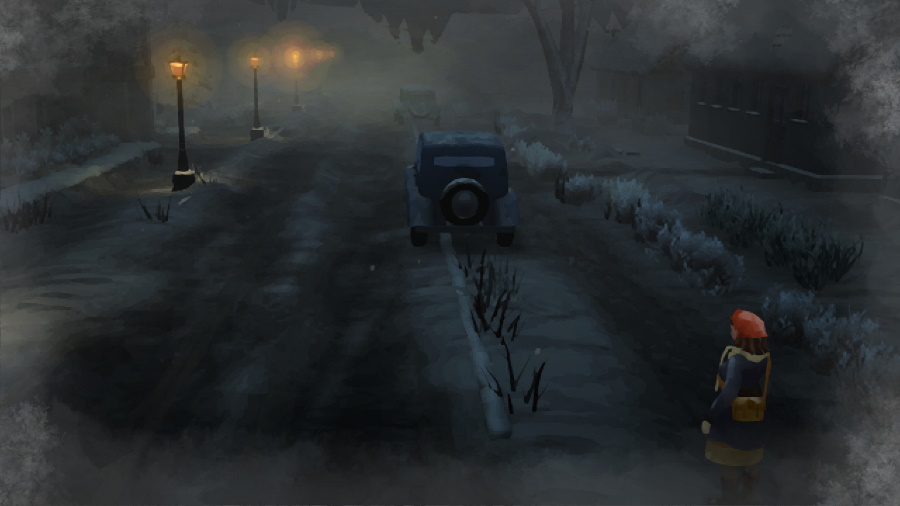 To move the story forward and establish the choices that Gerda must make in these harsh times of turmoil and war, she’ll have to not only explore each area but also handle some resource and relationship management. How she behaves and interacts with others will determine which story paths she can branch into later on and which destinations she can visit. There are different endings to reach, which means that you won’t be able to see everything that Gerda: A Flame in Winter during a single playthrough.


To give you an idea of how your actions play out in real time, allow me to discuss an early interaction right as the game starts – as not to spoil some of the story plot twists. Gerda arrives by train, and after a long trip, she’s happy to be greeted by Anders, who has a surprise for her. Once I picked up his left hand, Gerda received a scarf as a gift. Right after this, her dad shows up at the train station to help her get home – after all, this is why he took an earlier shift at the train station! Once they were ready to leave, Anders and her dad offered to help carry her suitcase. Depending on who you choose to do this for Gerda will change their level of trust, increasing that of whoever you choose and lowering the other’s trust. 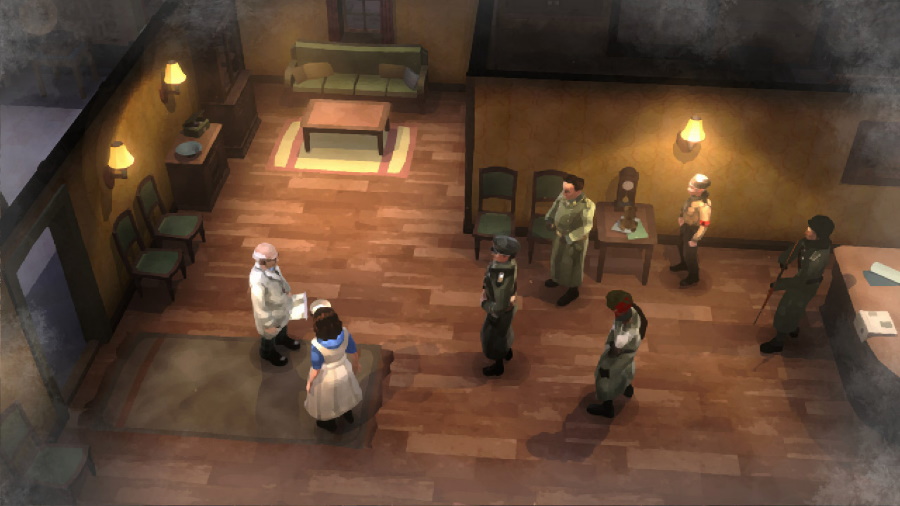 I picked Gerda’s dad, which made Anders feel a bit bad. The good news is that I had a chance to change this by trying to cheer him up. This choice does not immediately affect Anders since it first needed to go through a chance roll! A chance roll will determine if the outcome of your actions is successful or not. A positive outcome is always what you desire, but failing a chance roll will have an unexpected negative outcome. At least, no matter what happens, the story will continue to move forward!


Your actions will also have an effect on Gerda’s relationship with the Danes and the Germans, which will come into play as you progress through this journey. Gerda’s stats will also change along the way, and stats such as compassion, insight, and wit will certainly help to decide the odds for future chance rolls. You’ll be able to see if a chance roll is very easy or hard depending on Gerda’s stats, so be sure to pay attention to how each choice affects her so that you can keep this in mind for your second or third playthrough! And then, at the end of the day, you’ll get to decide how you feel about how the day went, which might give you extra mental energy to boost Gerda’s stats which can then be used to overcome a difficult situation down the road. 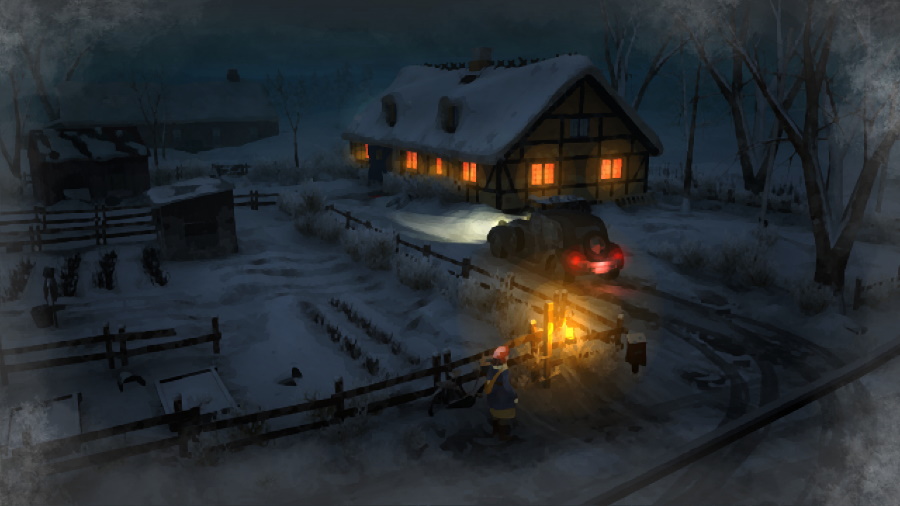 Gerda: A Flame in Winter is a narrative-driven experience that you should definitely check out on Nintendo Switch. With this one being based on a true story, you’ll also gain access to several historical facts that will help to better paint the picture of what Gerda had to go through. The game looks like an old storybook coming to life thanks to its low poly presentation with textures that make everything look like it’s straight out of a watercolor painting. Gerda: A Flame in Winter is out today on Nintendo Switch with a $19.99 asking price. If you buy the game before September 8, you can get a 10% discount. 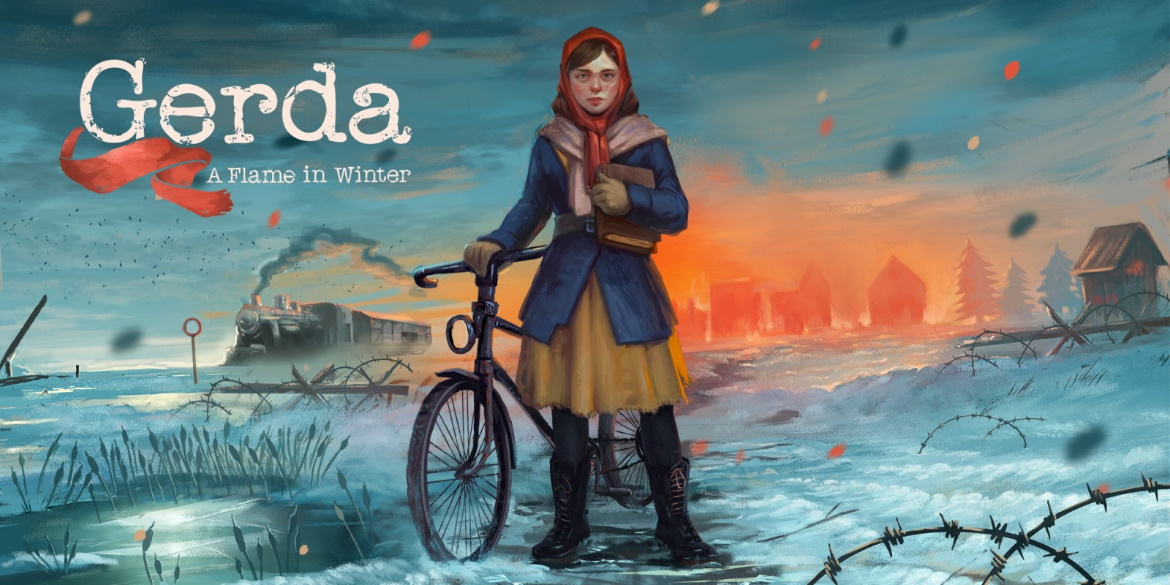 Gerda: A Flame in Winter Review

Charming narrative-driven experience based on real-life events during WWII

Disclaimer
This Gerda: A Flame in Winter review is based on a Nintendo Switch copy provided by DON’T NOD.

The Legend of Heroes: Trails from Zero Out This Month

Miraculous: Rise of the Sphinx On Its Way To Consoles