Game Type DX from Mommy’s Best Games is a revamped take on the original version of the bizarre looping shoot ‘em up. Learn more in our Game Type DX review!


Game Type DX from Mommy’s Best Games is a revamped take on the original version of the bizarre looping shoot ‘em up. The original version was released on Steam back in 2015, and this new version expands on what the original did, adding extra stuff here and there, as well as many video game jokes on the dashboard you’ll find yourself in as soon as you boot up Game Type DX. You’ll understand what I mean by taking a look at the screenshot below. 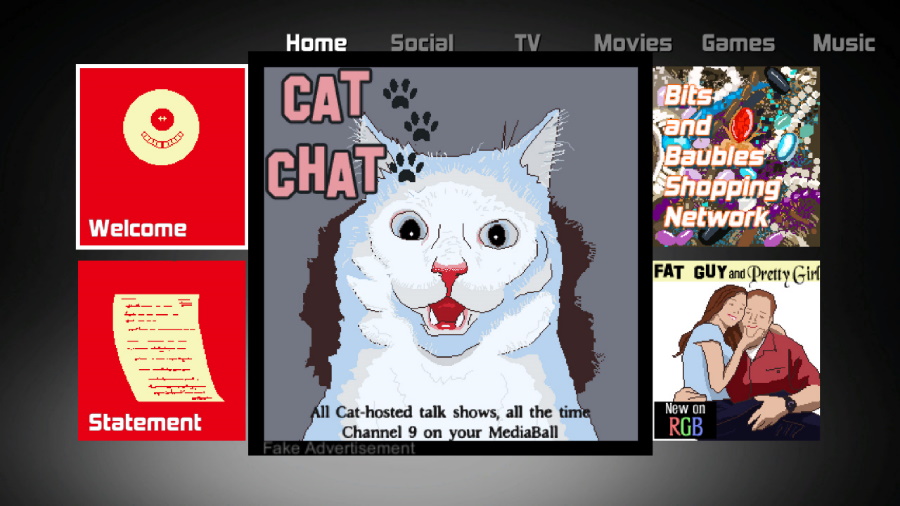 See? You’ll have to navigate through this dashboard to find the actual shoot ‘em up game you’ll be playing. You’ll be taking on a ton of ads in enemy form in a game that plays it very tongue-in-cheek. It was originally developed as a response to how at one point, the dashboard for a rival console was packed with promoted games, music apps, actual ads, and more, with indie games hidden within the Game Type tile, hence this game’s name! Complete a level, and the game will loop while increasing speed as well as the overall difficulty.


There are three options for playing Game Type DX. There’s the Original Mode, in which Hoodie Girl will blast through waves of enemy advertisements in order to reach the highest score possible as you take on a hand-designed level arrangement, so you know what you’ll be going up against as you go from loop to loop. Then there’s Parkour Remix, which offers new level arrangements with a higher starting difficulty. The last one is Surprise! which, as the name suggests, will present to you a randomly generated level arrangement every time you start. To compensate for this, there will be more power-ups to collect. 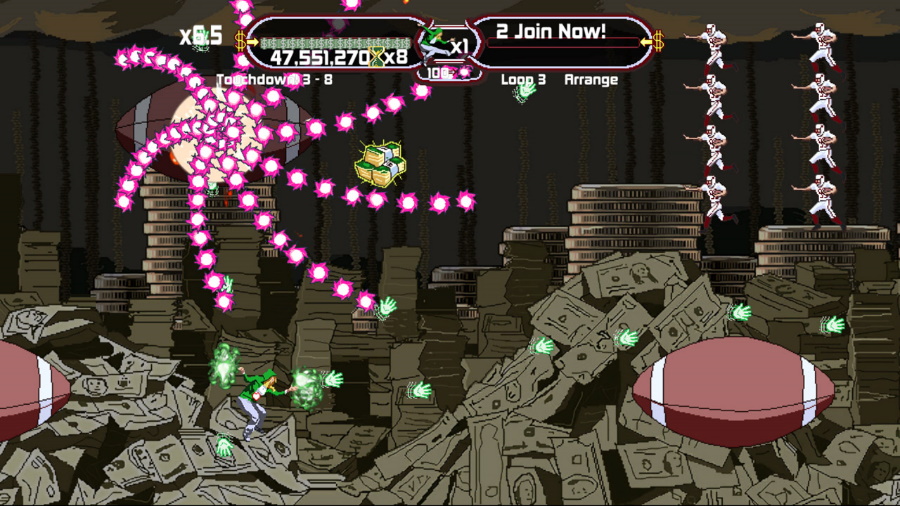 Your basic ability is the slapshot, which allows you to shoot in front of you as well as above and beyond by pressing and holding down the A button. You can’t be shooting at all times, or else you won’t be able to suck in all of the money on the screen. Let go of the attack button for a second, and you can cash in on your work. In fact, if you quickly press and tap the A button, you will get a double shot for your forward attack. You also have a kick beam, which is used with the X button to unleash a mighty attack that is powered by cash, hence why it’s important that you collect as much money as possible. Just be careful because using the kick beam will slow you down. At least it will also slow down any enemy bullets in its path!


For the original version of Game Type, there were no power-ups, which is not the case for Game Type DX. You can collect a Gun power-up and gain an extra angle for your slap shot attack for each one you get your hands on. Once maxed out, you’ll be able to shoot two bullets to the left, one bullet up, one bullet down, and three bullets to the front. Having more firepower at your disposal is good, but you’ll also need to rethink your strategy since with great power comes great responsibility. You can also get a power-up to boost speed, which could end up hurting you more depending on how many loops you’ve already completed. You might even be rewarded with a power-up that grants you a cool one million points! Oh, and be sure to pay attention to what each power-up says because you might end up being tricked into collecting a power-down! 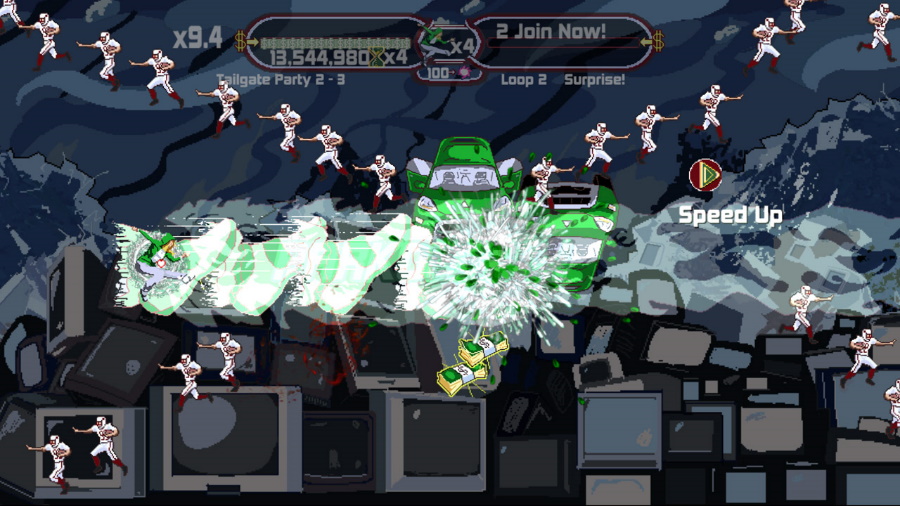 You can also activate your Time Pulse skill with the ZR button. This is a very powerful skill, so you won’t be able to use it if you don’t have any charges. The good news is that you can get one extra charge by completing a loop, as well as by collecting a Time Pulse power-up. When activated, everything will considerably slow down, and the Kick Beam will turn enemy shots into cash, which will greatly increase your multiplier and overall score!


To keep your multiplier going, you need to not only destroy enemies but also collect cash so that your multiplier count increases and does not drop as fast. Your score multiplier can go up to 10x and will drop down at a steady pace as soon as you stop collecting some cash for the cause. Having a multiplier going at its max level while you destroy the larger enemy types is a must if you want to give a good push to your score total.

Game Type DX features an in-game achievements system, with 16 achievements for you to work on. Some of them include finding Game Type on the dashboard so that you can start playing, listening to the radio, beating the Cat Chat boss, reaching loops 5, 10, and 20, obtaining 100 monies – a.k.a. cash – onscreen at once, scoring 100,000,000 points, reading 12 advertisements, maxing out your gun, keeping the same money on the screen for 30 seconds, or reading the artistic statement. 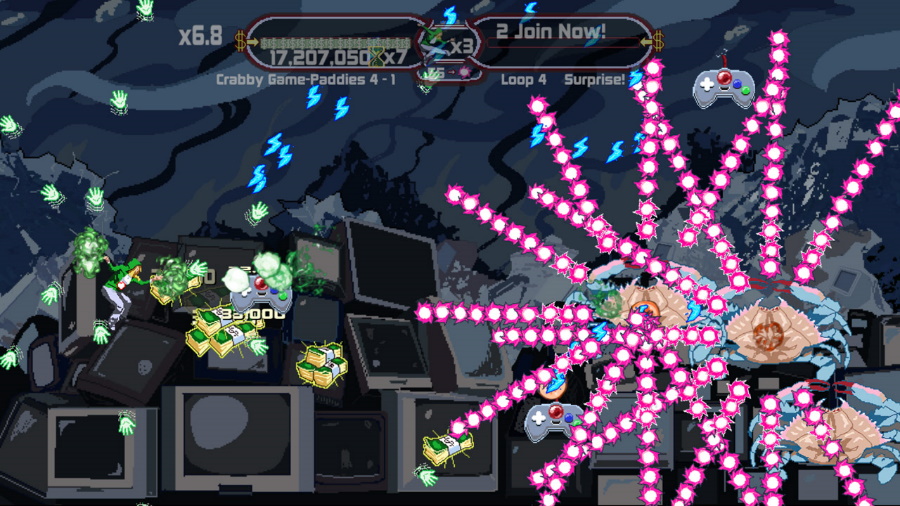 If you’re a fan of shoot ‘em ups and like to chase high scores to get your name on the online leaderboards, then Game Type DX is a good option at a budget price. Its presentation is a tongue-in-cheek commentary on how, at one point, the dashboard for a rival console buried indie games in the Game Type category, which you’d reach after going through several submenus with music apps, ads, and featured games. Shoot 1UP DX did something different by allowing you to control up to 30 ships at once, and Game Type DX certainly does things differently from other games in the genre. It’s out tomorrow on Nintendo Switch with a price of only $5.99. 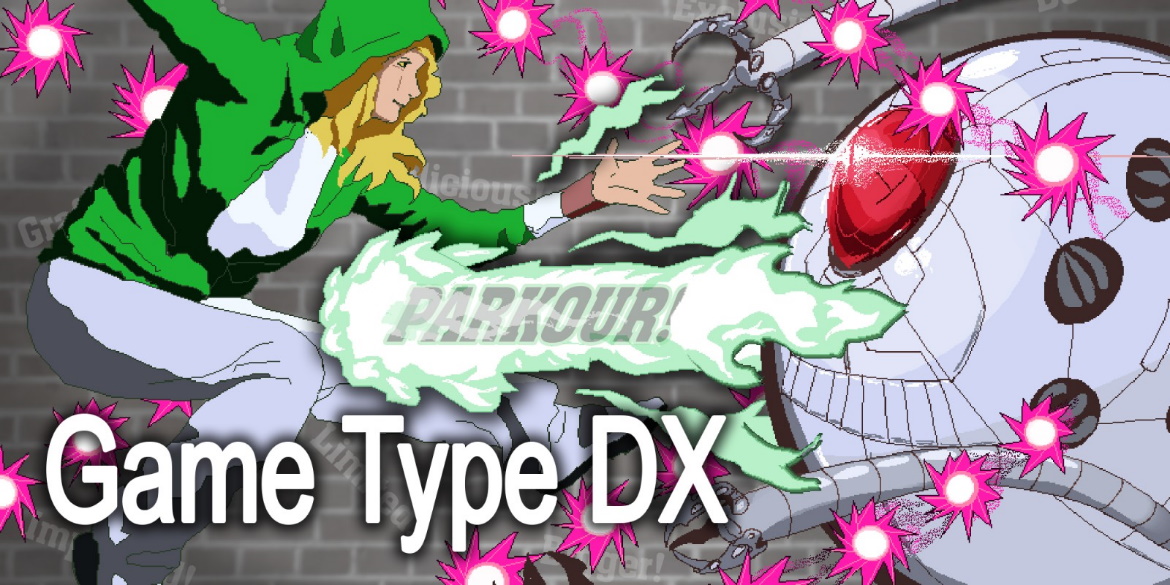 Disclaimer
This Game Type DX review is based on a Nintendo Switch copy provided by Mommy’s Best Games.