Welcome to Olive Town, a peaceful community established by your trailblazing grandfather and his friends. Now that you’ve taken over his farm, it’s your job to carry on his legacy.

Plant crops, raise animals, build relationships, and get to know the residents of your new home in this brand-new entry in the STORY OF SEASONS series!

STORY OF SEASONS: Pioneers of Olive Town from XSEED Games is a peaceful farm/dating sim set in the titular seaside town. You’re taking over your grandfather’s farm and will have to repair structures, plant crops, raise animals, and form bonds with the villagers. This is the latest release in the STORY OF SEASONS series, which was titled Harvest Moon before Harvest Moon 3B: A New Beginning on the Nintendo 3DS. At that point, the Harvest Moon series branched off into STORY OF SEASONS, and a new Harvest Moon series was also released by Natsume, who used to be the publisher for the previous batch of Harvest Moon games, going all the way back to the Super Nintendo Entertainment System – you know, the SNES.

Your grandfather and his friends formed the charming Olive Town community a long time ago. He has now unfortunately passed away, and since you’re old enough to work at the farm, you take the challenge of bringing back this land to its former glory. Be warned, though, that a lot of work is waiting for you! 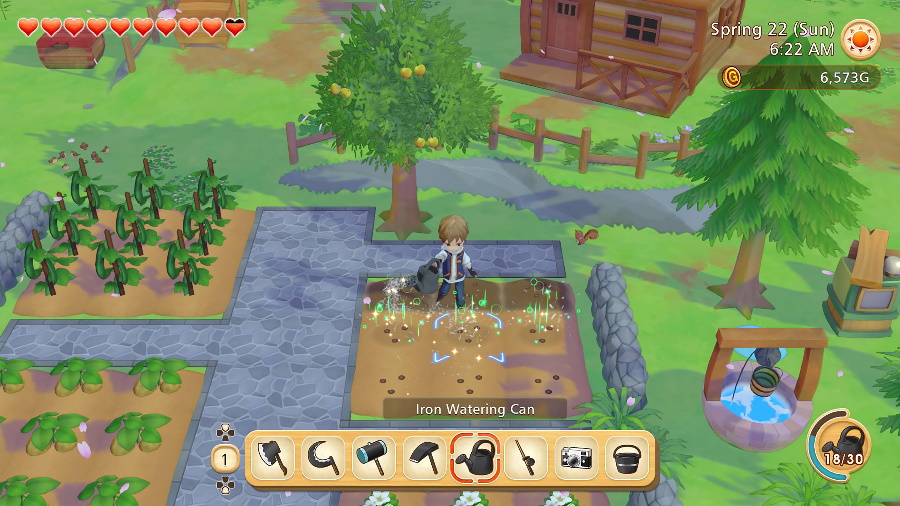 After a short intro, you’ll be in Olive Town and will be greeted by Victor, the town’s Mayor, who will tell you more about the town and your grandfather’s legacy farm – which has been taken over by vegetation since it hasn’t been taken care of in a good while. He tells you how to work on the farm by way of a small tutorial segment, and you’ll quickly be able to play the game and explore at your own pace as you experience all of the gameplay mechanics on the fly.


As you evaluate the initial effort required on your grandfather’s land, you’ll notice that the grass is overgrown, trees have retaken their huge original size and are all fully grown, and there are rocks everywhere. You’ll begin by slowly cutting the trees, chopping grass, and breaking rocks with your startup tools, which aren’t very efficient but at least get the job done. Each time you use one of your tools, your stamina will slowly decrease, which limits how much you can do for each in-game day. Eating at one of the town’s restaurants or cooking your own meals will allow you to recover some of your stamina. Once you upgrade your tent to a log cabin, you can also take a quick half-hour shower to recover a bit of your stamina. 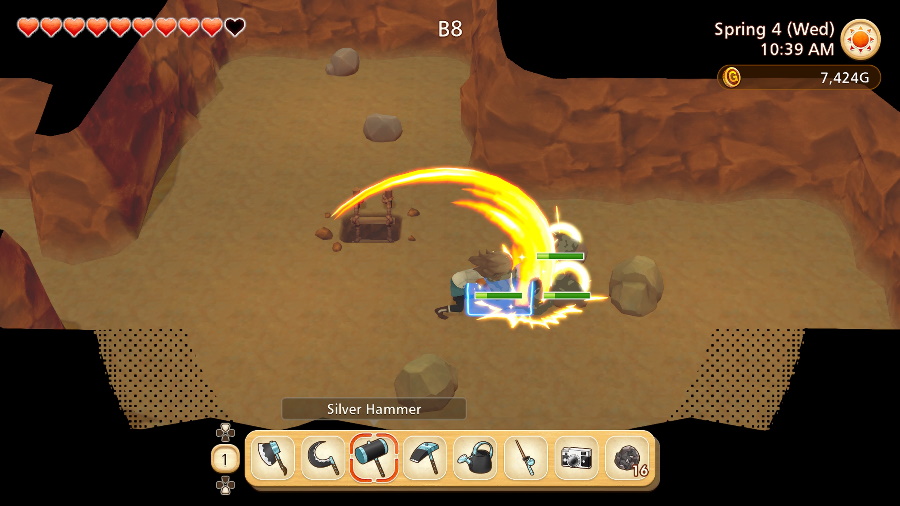 Once the grass has been cut and trees have been chopped, you’ll be able to take on repairing all of the stuff on the farm. The first one will be the chicken coop, where you can have chickens to feed and take care of. Your reward for this? One egg a day from each chicken a day. Later you’ll repair a stable that will allow you to care for cows and obtain milk daily. Your grandfather’s land is also quite vast, and you’ll have to repair bridges and other elements that will allow you to dig deeper. The game is a bit tier-based since exploring around the starting area will require that you upgrade your tools so that you can obtain better resources from trees and rocks without having to swing at a tree ten times in a row while draining half your stamina.

You’ll also want to plant seeds on your land, and the good news is that you can arrange your farm as you wish. Seeds can be purchased at the local store once you’ve sold at least one of said plants to them. Seeds feel very expensive when you start to play since you don’t have a lot of money to start with, but things will get better as you start to streamline your production pipeline. You’ll earn money by selling the vegetables you grow, the wood you chop down, the stones you collect by breaking larger rocks, the mushrooms you collect, or the spices you can find here and there around your land. Every day, you can put any items in a box next to your house, and they will be sold to the stores in town at the end of the day. 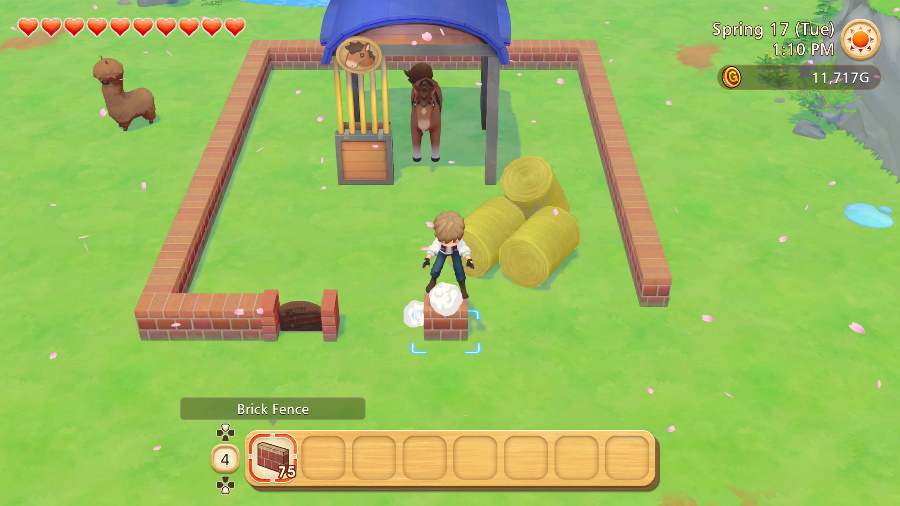 You’ll use the money to upgrade your farm or use materials to pay for said work. You’ll also be able to enhance your tools which will definitively feel like they’re lagging behind as soon as you progress. Enhancing your tools will allow you to work more efficiently and waste less energy chopping wood or cleaning up your land. You’re also very limited with the space available in your inventory, so you’ll definitely need to work on expanding your inventory space so that you can carry more stuff with you. The good news is that you have a separate bag for your tools, so you can put away all of your tools to free up some space to carry more resources back to your cabin. You can also craft storage boxes to safe keep your stuff, but do know that any items not on you won’t count as materials for fixing stuff or for crafting other stuff.


There are many things that can you can take on during your day-to-day. You can go fishing for a full day and fetch a lot of fresh fish that can either be sold for money, stored for future use, or cooked to have a meal for those long mine explorations that will wear you off before the end of the day. There are also events in Olive Town to take on, such as an Egg Hunt early in the first season of your first year. You should also keep an eye on your calendar so that you can know when it’s the birthday of each villager so that you can use that opportunity to visit them and give them a gift. 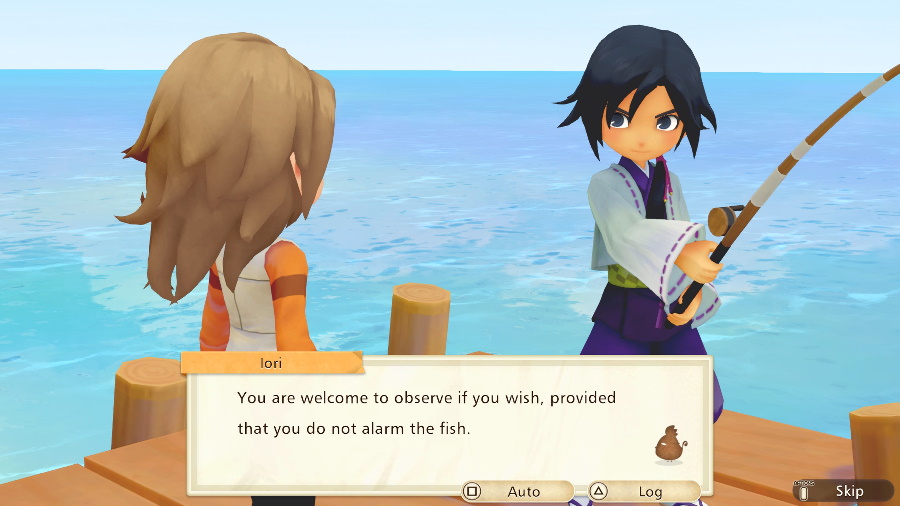 Pioneers of Olive Town is a slow-paced game, and one of the things I liked is how free you are to do what you want each day. Each year in STORY OF SEASONS: Pioneers of Olive Town has four seasons, and each one has 30 days. Each season has its perks, and you have to keep in mind which one you’re in when you’re planting crops because they all have some specifications to consider. You’ll work on cultivating not only new crops but also new relationships with each of the villagers. When in town, be sure to talk to as many villagers as possible, and if you have some extra items on you that you can gift them, certainly do so. And yes, even gifting them some grass is better than nothing!


On the trophies side, we are looking at a full list containing 39 Bronze trophies, 9 Silver trophies, and 2 Gold trophies as you work on adding a new Platinum trophy to your collection. Trophies are mostly tied to working on every activity you can do in the game, which means taking care of your crops, mining, chopping wood, repairing broken buildings, and getting to know the villagers. Due to its sheer size and its available content, this is a game that will take some time to finish, and even more for you to see that Platinum trophy pop! 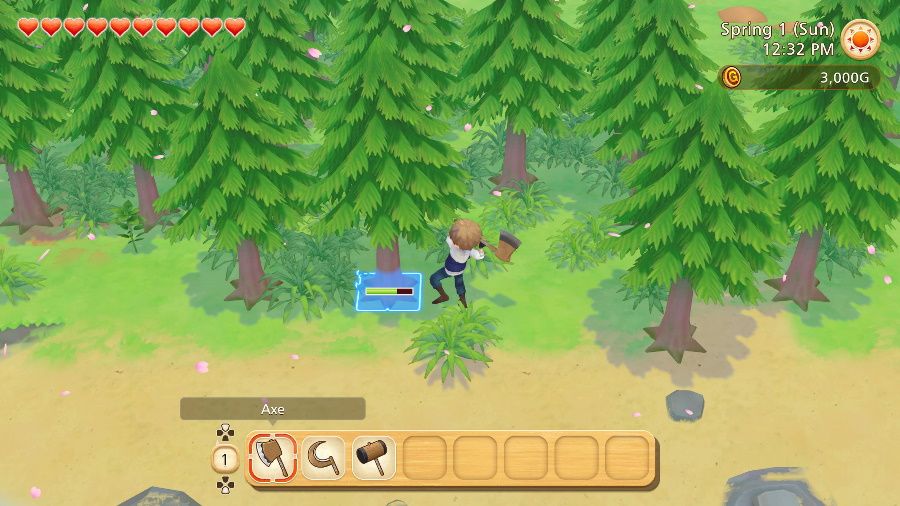 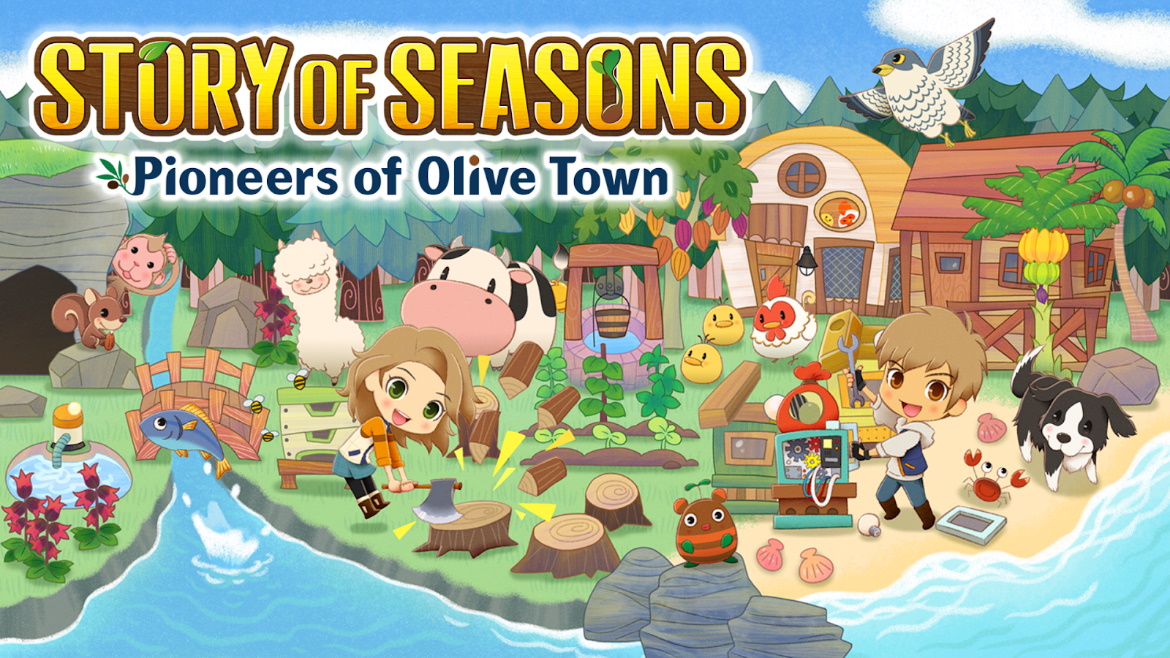 Disclaimer
This STORY OF SEASONS: Pioneers of Olive Town review is based on a PlayStation copy provided by XSEED Games.