Gorgeous 2D Soulslike Lost Epic from One or Eight and TEAM EARTH WARS places you in the role of a God Slayer. Learn more in our Lost Epic review!


Gorgeous 2D Soulslike Lost Epic from One or Eight and TEAM EARTH WARS places you in the role of a God Slayer. You’re summoned into Sanctum, the land of Gods, where giant beasts and tyrannical deities rule over mortals. The game’s art from Namie Namie (Fate/Grand Order, Arknights, Azur Lane) will certainly grab your attention right away as you take on this journey on your own or with up to two other God Slayers, thanks to the game’s online co-op multiplayer. Acquire the abilities of the Gods you defeat and gain access to new locations thanks to the dash of Metroidvania flair added to this challenging 2D adventure. 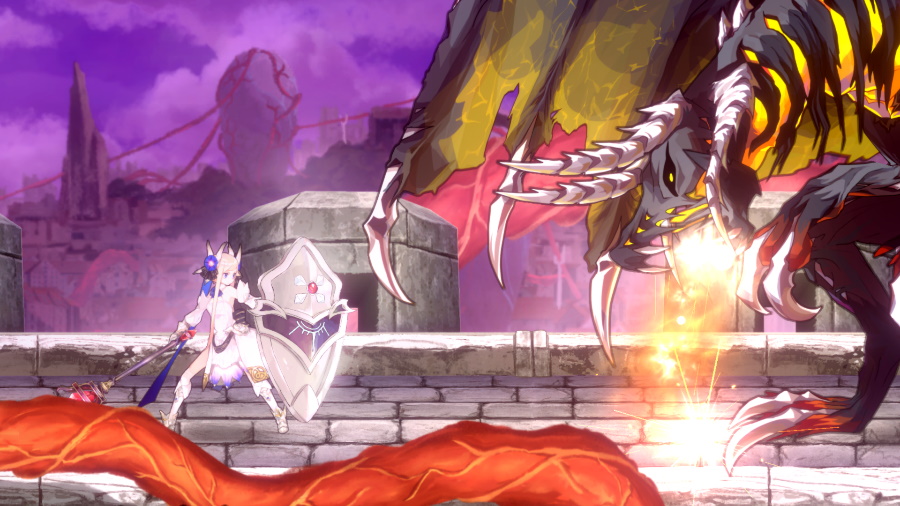 You’ll control it with the left analog stick, jumping and double jumping with the X button and using light and heavy attacks with the Square and Triangle buttons, respectively. You can dodge attacks with the R2 button but must keep an eye on your stamina so that you don’t run out of it at the worst time. You can parry attacks with the L2 button if you time it just right. You can also parry enemy attacks with the Square button. Items will be mapped to the D-Pad, so you’ll be able to use them by pressing left, right, up, or down as needed. Your Divine Skill will be set to the Circle button, and you’ll have a second one to use with the R1 button. In fact, you can press up, down, or right the Circle button to use other Divine Skills. And to check your map, all you have to do is press in on the Touchpad.


Divine Skills are very important since you can use them to deal considerable damage to enemies while also countering their attacks! You can use a Divine Skill just as an enemy’s attack is about to land. Just pay attention to the big “!” sign that will pop up so that you can counter accordingly. You can then use this window to set up a long combo to deal even more damage, especially if you manage to position your character so that it can unleash a back attack or two, which will deal more damage.

After reaching the hut of Cecilia, who happens to be a witch, she will ask that you tell her a bit about yourself. It’s then that you’ll be able to select your avatar and its voice type, which will affect your character’s look and how it sounds. Once that’s been taken care of, the next step will be to help to shape the destiny of your chosen knight. You’ll need to defeat all enemies on your path in order to gain enough experience points to level up and improve your knight’s stats to be able to take on the many bosses the game will throw at you. 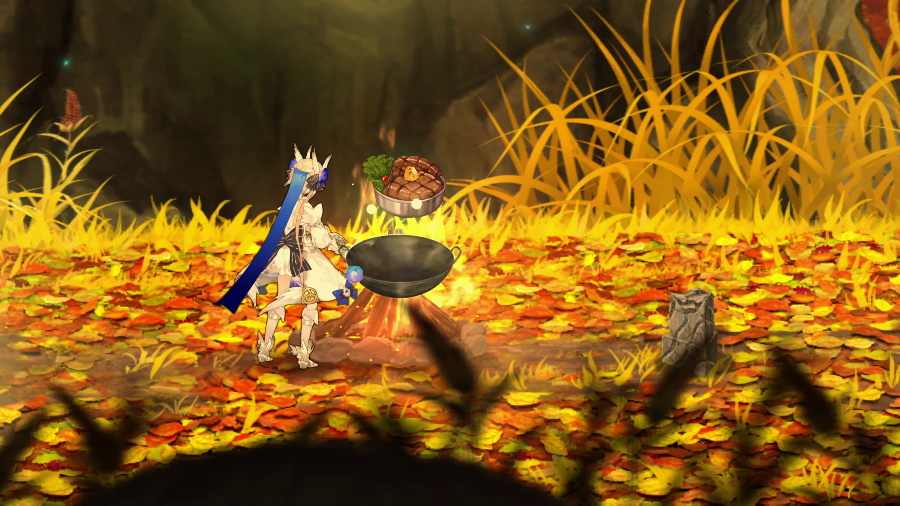 As you defeat enemies and bosses, you’ll obtain red crystals known as Anima. You can get bonus Anima depending on your performance during each battle, for things such as completing a battle without receiving any damage. Anima can also be found inside of treasure chest, so be sure to search low and high for them, and strike at any suspicious walls you find! You can visit Elder God statues to use them to connect to the trails of ether left behind by the Elder Gods to power up your character.


Next to an Elder God statue, you’ll also find a special box that will replenish all uses for the items that you carry with you in your bag. This is important since, say, going into a boss fight with a full set of recovery potions is a must if you want to survive! Praying at an Elder God statue will allow you to exchange your hard-earned Anima to level up, which will increase your stats – HP, stamina, strength, and so on – while also giving you some very valuable Skill Points! As expected, Skill Points can be used in the Tidings menu to unlock additional bonuses for your knight. You could, for example, increase your character’s focus, constitution, faith, strength, critical hit rate, or unlock more powerful abilities. Some Tidings will be learned by way of completing a quest. The more bosses you defeat, the more pages of Tidings you’ll gain access to, giving you more options for boosting your knight. Completing other objectives – such as, for instance, slaying 100 neutral enemies – will open up other pages.

You can also enlist the help of Alta, a kind soul who has been instructed by the witch Cecilia to help you on your new adventure. Alta will help you… at a price! You can use the Materialize menu to forge, enhance, and evolve weapons, as well as make items, as long as you have enough Anima and materials for it. Enhancing weapons will require Anima, and once you’ve enhanced them enough, you’ll be able to evolve them into new forms that will expand their potential. 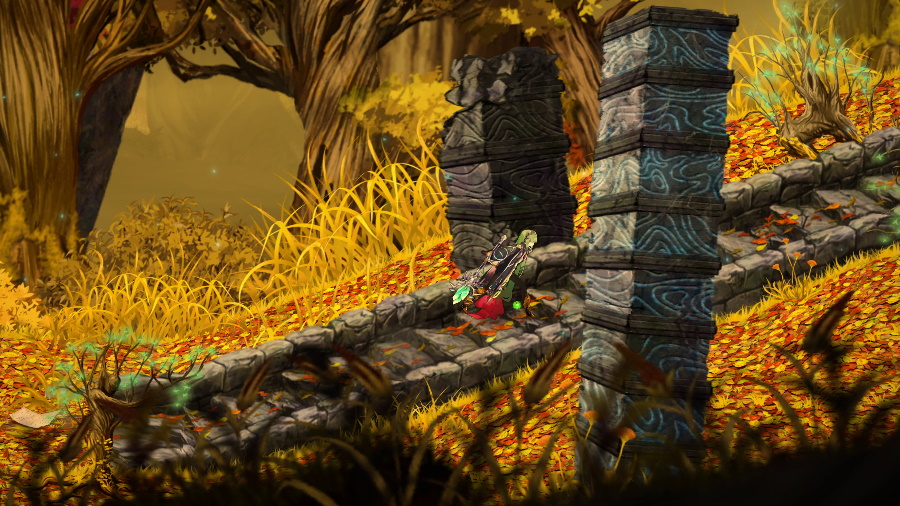 Since your inventory space is limited, I suggest that you use Alta’s handy bag, which can be used to store all of the materials you’ve collected up to that point so that you can use them later. You can also consult with Alta to see if any of the people you’ve met during your journey have any sidequests for you to take on. Oh, and if you’re short on Anima, do know that you can extract additional Anima from weapons or items you feel that you no longer need so that you can put that bonus Anima to good use. Once you progress through a new area, you’ll find Alta’s sister, who is also ready to help. They might look alike, but they’re not the same! Since there are six areas to explore, there are six sisters to help you.


With this being a Soulslike experience, that means that when you’re defeated – not if, but when – then you’ll lose all of the Anima you were carrying. If you manage to return to the spot where you were defeated, you can recover the Anima. If you’re defeated on your way there, then that Anima will be lost forever. You might be saving some Anima to purchase some expensive items or to considerably boost a weapon, so there’s certainly a risk and reward system in play, which makes every battle feel like a life-or-death situation.

I suggest you craft yourself a Cauldron of Nabel as soon as possible since you’ll be able to set it over a fire to cook up some tasty meals. Maybe you can take a luxurious drone beetle carcass, mix it with a thick chunk of meat, some twinwing grass, and a touch of beetle grass, and see what happens! But if you want to cook something useful, take four thick chunks of meat for a stamina steak, or

With the game being Cross-Buy, your purchase will give you access to both the PlayStation 4 and the PlayStation 5 versions of the game, and each one will have its own trophy list. The list has 21 Bronze trophies, 17 Silver trophies, and 2 Gold trophies for you. A lot of them will pop as you defeat the major bosses in the game. For the rest, you’ll have to work hard to unlock since they require you to catch all types of fish, cook all types of food, gather all types of materials, perform 20 Divine Skill counters, enhance a weapon to its max level, and visit every area on the map, to name some examples. 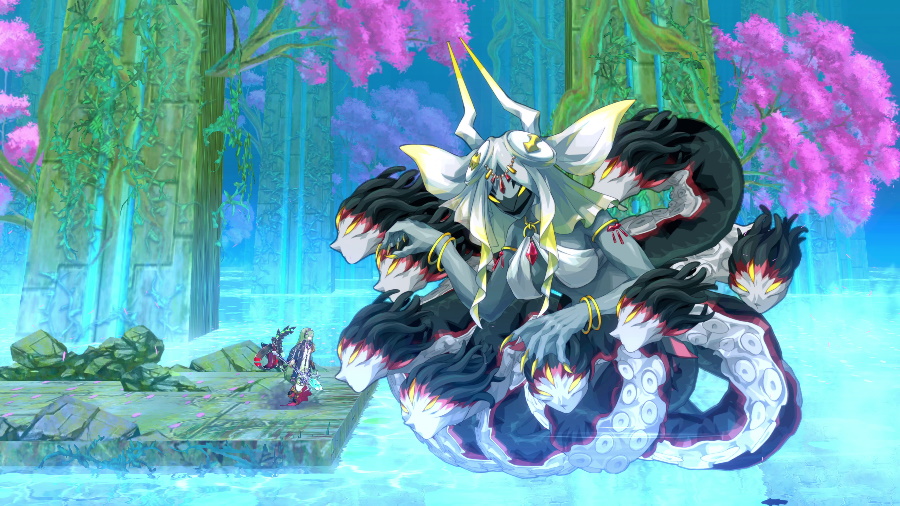 Lost Epic is a gorgeous 2D Soulslike in which you’ll play as a God Slayer knight. As the name suggests, that means you’ll be tasked with defeating not only the many common enemies of all shapes and sizes you’ll run into but also the deadly Gods that must be stopped at all cost. The game is available on its own with a $19.99 asking price, or you could go for the Lost Epic Premium Edition, which includes the game as well as its digital artbook, for a $34.99 price. 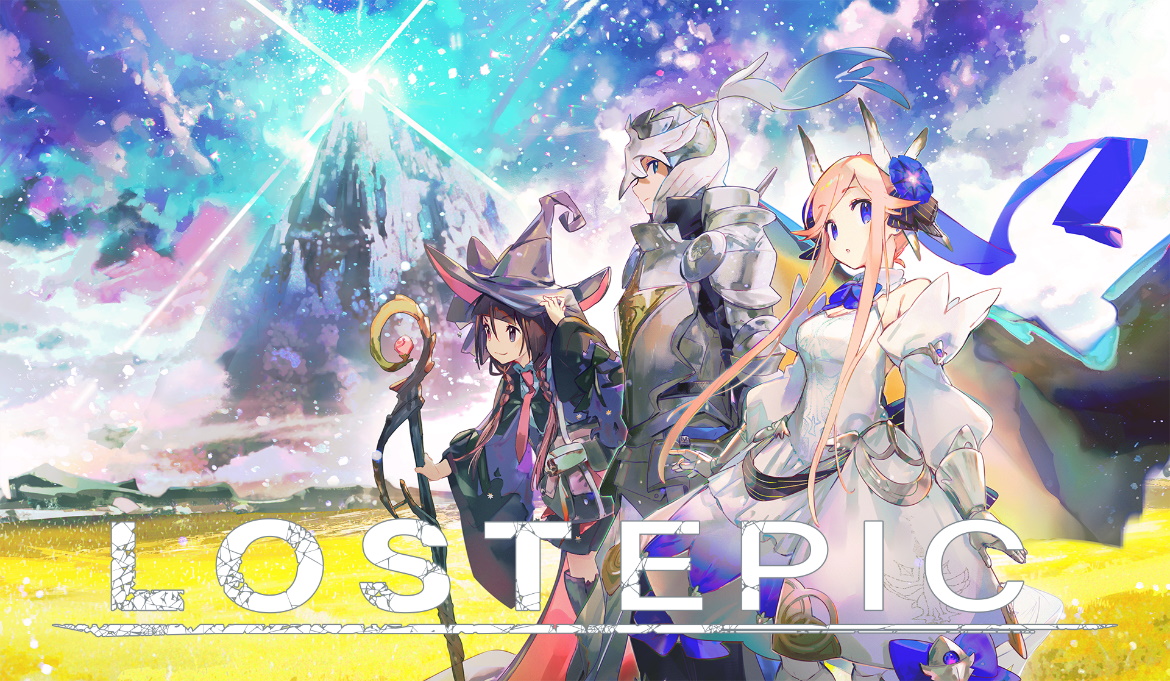 Disclaimer
This Lost Epic review is based on a PlayStation 5 copy provided by One or Eight.