LootLite from JanduSoft and Isoca Games is a twin-stick arcade-roguelike adventure on PlayStation. Learn more in our LootLite review!


LootLite from JanduSoft and Isoca Games is a twin-stick roguelike arcade adventure on PlayStation. You’ll be taking on an adventure in which you must choose between eight different hero types as you fight against hordes of enemies to recover stolen treasures through a huge peninsula. For each run, you’ll be able to decide which path you’ll take, as long as you find the item needed to open up said alternative paths. You might need a silver key for one, while another will need you to collect a red gem to place on a door so that you can open it up. 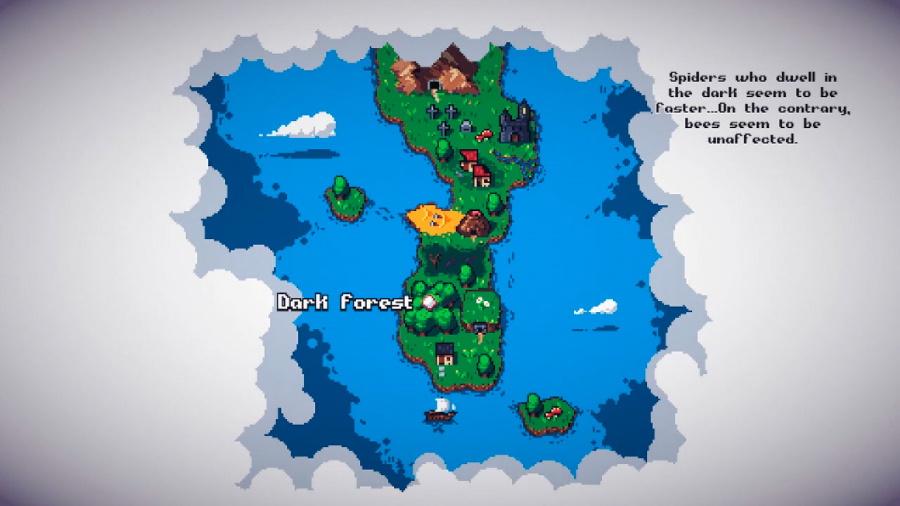 You’ll move your character with the left analog stick or the D-Pad as you aim with the right one to lineup your attacks, which are used with the R1 or R2 buttons. For weapons that need to be reloaded, you can either manually reload with the Square button or wait until you run out and have the game automatically reload for you. Your class skill is activated with the L1 or L2 button2. The Warrior will be able to use a roll to evade attacks. The Mage can use its mana to unleash a barrage of fireballs. You can also perform a super skill with the Triangle button, which will need you to first fill up your special skill gauge.


As you explore each randomly generated stage, you’ll find several treasure chests to unlock, which is done by hitting them over and over again. Once you do open them, you might find a new weapon to try out – of both the short-range and long-range varieties – or find a piece of equipment to improve your character – maybe a new set of pants to allow it to move at a faster pace! You can also find some healing potions to help you recover any lost hearts from damage. Just be careful because there are some mimics that will attack you as soon as you hit them. 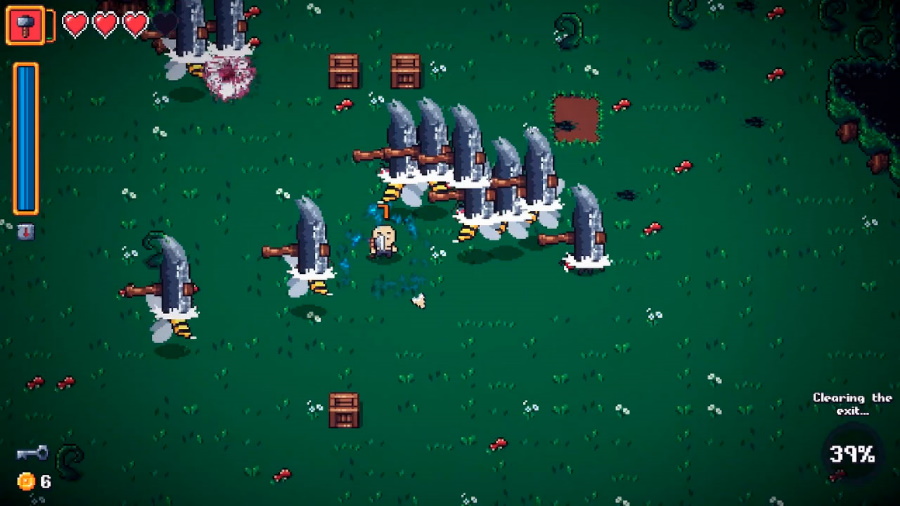 You’ll also collect a bunch of coins from the many enemies you defeat and the boxes you destroy. Coins can be used to pay for unlocking runes that can provide you with benefits such as being able to reload at a much faster pace, improving your character’s walking speed, being able to block otherwise unblockable projectiles when using a melee weapon, being able to deal more damage when equipped with melee weapons, increase your characters total health, and more. Choose wisely so that you can put your coins to good use! 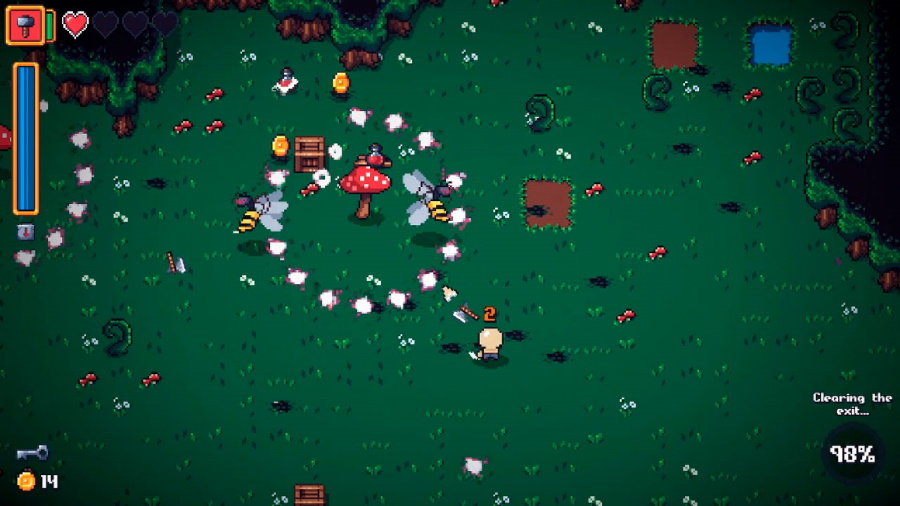 This is a Cross-Buy title with a full trophy list, so if you own a PlayStation 5 console, you could work on adding two new Platinum trophies to your collection. The list includes 5 Silver trophies and 10 Gold trophies that will require you to complete each region in the game, complete a run as each of the heroes, as well as complete a run without being hit… at all! This will require you to play the game over and over again so that you can find the right hero to aim for that no-hit run. 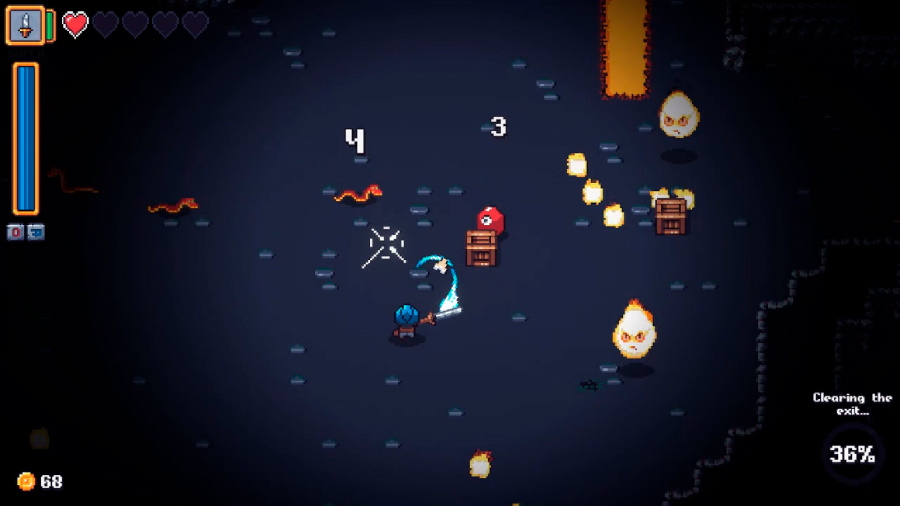 If you’re looking for a simple and to the point roguelite twin-stick action game, then you should check out LootLite on PlayStation. Its easy and simple gameplay loop makes it a game you can quickly get the hang of. You will need to adjust to how there’s no invincibility window after being hit, because otherwise you’ll be dead in a couple of seconds if surrounded by enemies. LootLite is available as a Cross-Buy title with a budget price of only $4.99, giving you both the PlayStation 4 and the PlayStation 5 versions with your purchase. 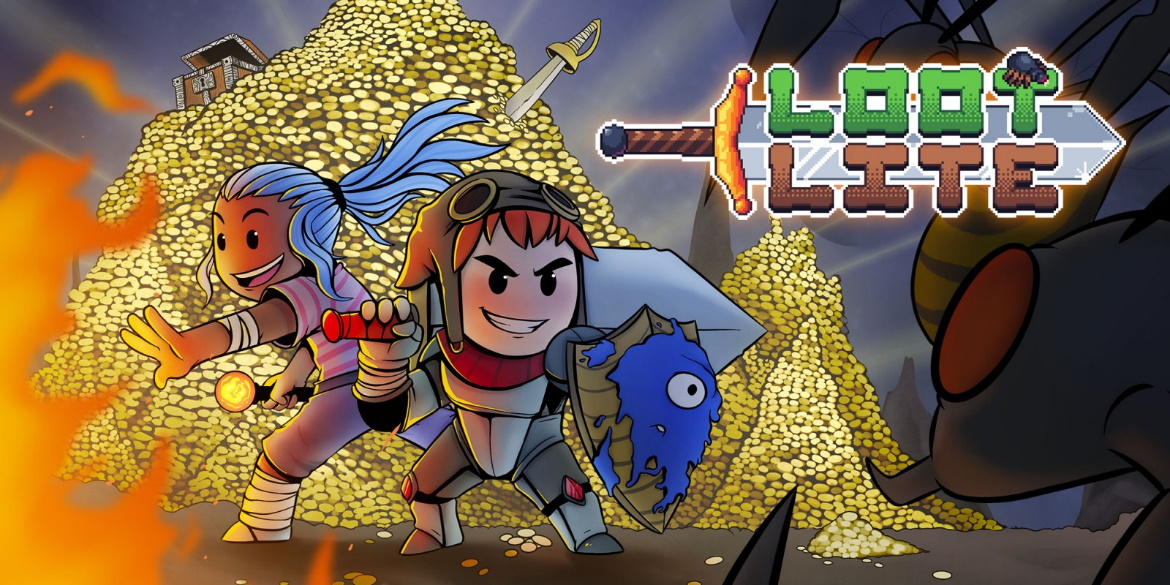 Disclaimer
This LootLite review is based on PlayStation 5 copy provided by JanduSoft.