A coming-of-age narrative RPG where you discover who you are and your place in the world. The world just happens to be the mysterious, sometimes deadly planet of Vertumna. Explore, play, work, love, and learn with each season. Collect memories and cards as you grow. Change the course of the colony with every choice. Who will you become? Who will survive? How will the decisions you make in this life affect your next life?

I Was a Teenage Exocolonist from Northway Games and Finji is a new adventure game from Northway Games and Finji in which you’ll follow a young teenager as they helps build a new human colony on a new foreign planet. You were originally born on the Stratospheric, a colony ship sent from Earth in hopes of finding a new home for humanity. You spent your first ten years in the spaceship on your way to Vertuumna IV, and as the game begins, your ship is reaching a black hole that warps you to your destination. Before going any further, it is worth mentioning that this game begins with a warning saying that this game talks about some rough topics, which means it might not be suitable for all gamers. 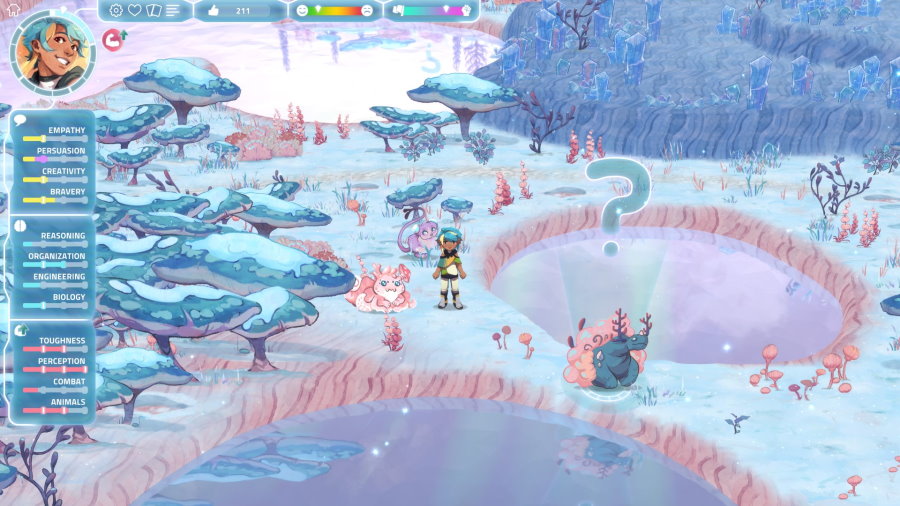 As you land on the new planet, you’ll want to recon the environment and talk with the other colonists. There are a few adults and some other kids around the same age as you. The game begins when you’re 10 years old. You’ll live through each of the months from your youth to your late teenage years (one month equals one game day) and will have to decide what you do each month. The game has five seasons to consider: Quiet (which is basically our winter), Pollen (our spring), Dust (our summer), Wet (our fall), and Glow. The first hour of the game starts at a slow pace, but then the story grows and develops into epic proportions.


There are a few activities that can be done each month, and the game opens up as you grow. Each activity will increase some of your character’s traits. There are 12 different traits grouped into three categories: social, cognitive, and strength. These traits will increase as you clear activities and will also increase your stress level. When your stress maxes out, you’ll have to take a month off to relax and unwind in one of the available areas before you can carry on. 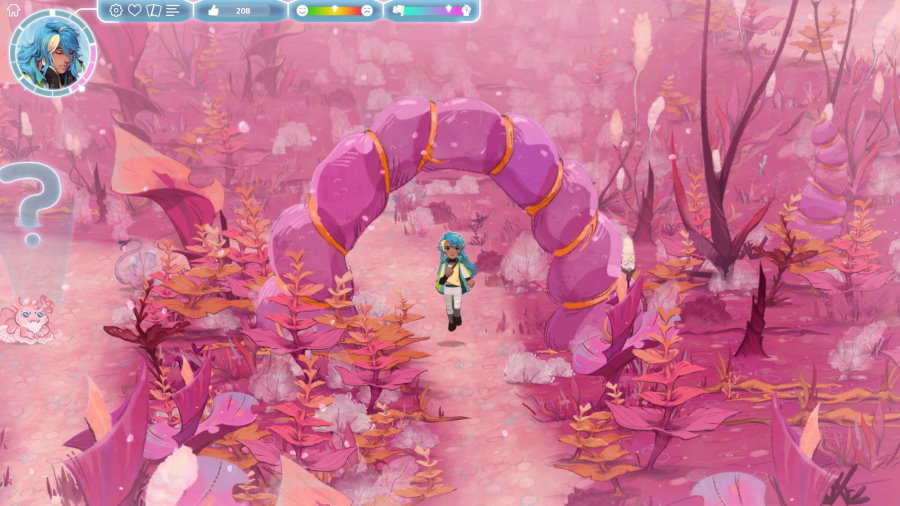 I Was a Teenage Exocolonist is a text-heavy adventure that reminded me at times of the “You’re the Hero” book series where you can decide what you do and what you reply to each conversation, living with the consequences of your decisions. The game isn’t too harsh with bad decisions, but there’s no confirmation dialogue, so when you press on an option, it is immediately permanent – and I liked that! And you can definitively play I Was a Teenage Exocolonist as you want. Do you want to be a good teenager following the authority or rebelling against it? The dialogue options and outcome will change based on your behavior. I also liked that the dialogue answers are often controlled by your personal traits. If, for example, your Perception is too low, you’ll miss a joke and will have to complete a task instead of just calling out the joke. This added a lot of depth to the character development and felt accurate based on the character’s age. There are also 50 endings, so your choices will certainly matter!


Something else that happens at the end of each month is a card game that will determine how well you fared in the activity you have chosen for the month. In this game, you have to place the cards you got in the previous months together by matching their number and their colors. Your objective will always be to reach at least a specific number based on the sum of your cards and how you assembled them. The games are easy at first, but as you progress through your teenage years, the requirements become increasingly harder. You can also play a more challenging version of this card game or completely deactivate it if you’re looking to proceed through the story without having to worry about it. 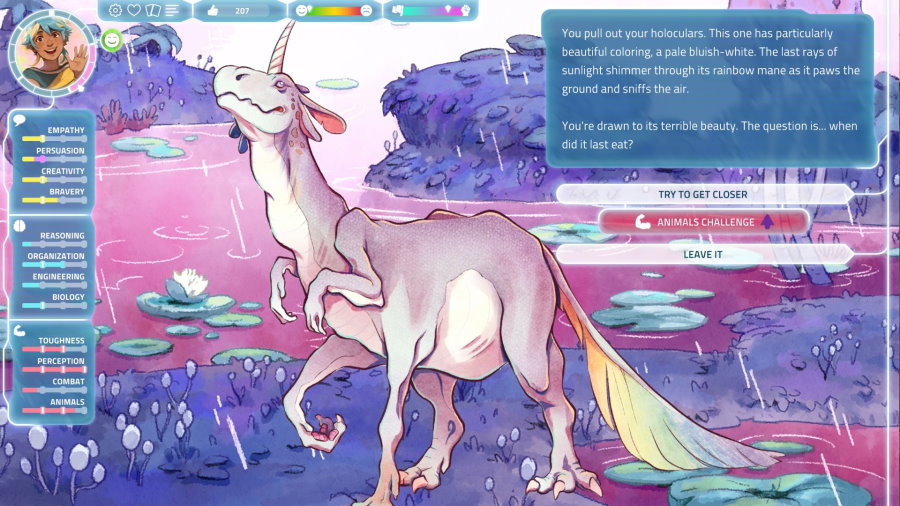 Another thing that I loved in this game was the hand-drawn art, which is outstanding. Quiet season (winter) has some particle effects as the snow falls on the land, and the game even goes the extra mile by explaining this if you take the science and engineering classes. The soundtrack is also great to listen to and follows the seasons. You can purchase it over at Bandcamp. I played the PlayStation 5 version and didn’t notice that the game took advantage of the DualSense vibration functions.

On the trophies side, there are a ton included in this release, with 40 Bronze trophies, 8 Silver trophies, and 2 Gold trophies on your way towards one more Platinum trophy for your collection. The game is also Cross-Buy between the PlayStation 4 and PlayStation 5 versions, meaning you could have two new Platinum trophies if you own a PlayStation 5 console. The trophies are awarded for progressing through the seasons and growing older, reaching a few different endings, and completing specific events. 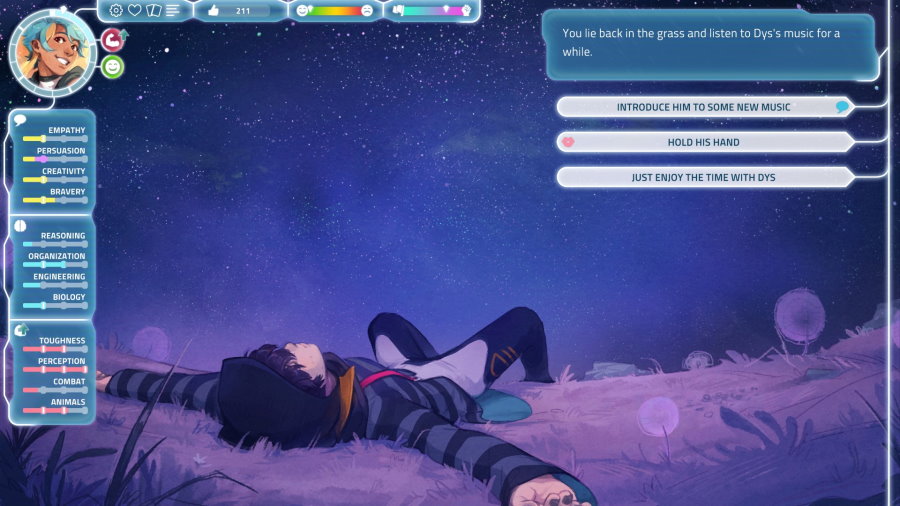 There’s a lot to love in I Was a Teenage Exocolonist. It starts slowly, but as the game takes you through your teenage years, there are a lot of things to do, with plenty of choices to make along the way to alter the outcome of your story. I also liked how the game story had a similar feel to the You’re the Hero book series, not to mention that the hand-drawn art and the soundtrack are outstanding. This game is easy to recommend to gamers looking for a unique experience. I Was a Teenage Exocolonist is out today as a Cross-Buy title for a $24.99 asking price, so you’ll get both the PS4 and PS5 versions of the game with your purchase. I Was a Teenage Exocolonist Review

Game title : I Was a Teenage Exocolonist

Disclaimer
This I Was a Teenage Exocolonist review is based on a PlayStation copy provided by Finji.