Hell Pie from Sluggerfly and Headup games is a crude humor 3D platformer in which you – the demon of Sin #8 – will be tasked with collecting ingredients to make a pie. Check our Hell Pie review!

Hell Pie is an obscene 3D platformer that takes bad taste to the next level! The game sees you grab the horns of Nate, the ‘Demon of Bad Taste’. He is given the honorable task of gathering the disgusting ingredients for Satan’s infamous birthday pie. To do so, Nate must venture out into the overworld and do whatever it takes to ensure those ingredients are secured in time, or there’ll be hell to pay!

Hell Pie from Sluggerfly and Headup Games is a crude humor 3D platformer in which you – the demon of Sin #8 – will be tasked with collecting ingredients to make a pie. Nate is the demon of Bad Taste. You mind your own business at the office when the boss of the underworld – that would be Satan – calls you out to bring him his birthday pie. You immediately leave your desk and are on your way to fulfill his desire. As you can imagine, if he asks for something, you must comply!


You’ll wander around in your office in search of the kitchen where the pie should have been made, but when you meet the Chef, he realizes that he has forgotten about the event… and didn’t bake a pie yet.! For everyone’s sake, you’ll be tasked with finding the ingredients needed for this very special and peculiar pie. The ingredients are scattered all over the place, so you must go out and find them so that he can make the pie that Satan deserves. 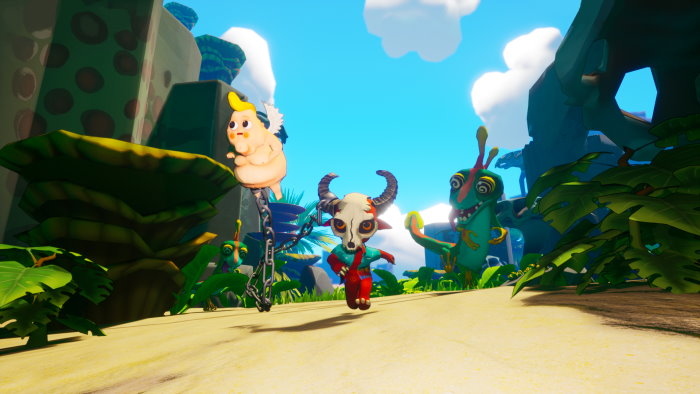 Luckily, you won’t be alone on your quest. You’ll be joined by Nugget, Nate’s pet angel cherub, who can do all sorts of things. By feeding him CandyMeat, he’ll learn new skills and abilities, such as grapple-swinging, in a way that reminded me of how Kratos does things in the original God of War. You can also upgrade your devil horns by sacrificing collectibles. I liked how changing your horns adds a new quick-time skill to your character, so you’ll have to change horns depending on the situation in front of you.


On the level design side, each region is grand and will take some time to fully explore. There are collectibles hidden everywhere, and exploration is encouraged as you’ll often find hidden objects in weird spots. The worlds will unlock in a specific order, but within a world, I liked how the game becomes non-linear, and you can tackle whichever section you’re interested in. Each world also has a few dungeons that will reward you with collectibles and the mandatory pie ingredients.

With that being said, I did have some issues while playing the game. One of them is how Hell Pie heavily relies on platforming sections where you’ll have to jump from one moving platform to the next one, and some of those were definitively frustrating thanks to the unhelpful camera. Some dungeons also drag way too long after you’ve understood the gameplay mechanics. I also had a gripe with the camera, which was way too nervous and became my enemy when I was in combat. It goes around you and doesn’t help at all seeing your enemies. The camera also tends to make it harder to land some of the trickier jumps in the game. 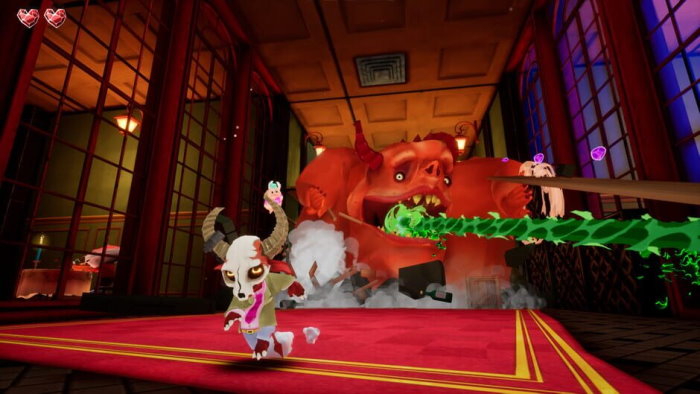 Hell Pie is made with Unreal Engine, and the first world was fairly disappointing in that regard in comparison to other Unreal Engine titles I’ve recently played. The game has a cartoony style, and luckily the further zones and dungeons are more detailed and use more features. For instance, Sashimi Island felt more interesting to explore and was also more beautiful to look at. As for the soundtrack, it has been created by Syndrone and was fun to listen to.

Finally, on the trophies side, there are 33 trophies total in this game: 19 Bronze trophies, 9 Silver trophies, and 5 Gold trophies, which means this one has a Platinum! Most of the trophies will unlock naturally as you progress through the game and try to find all of the collectibles in each world. The good news is that the map will let you know how many are left to find. There’s a lot of fetching to do, so it won’t be a short ride. 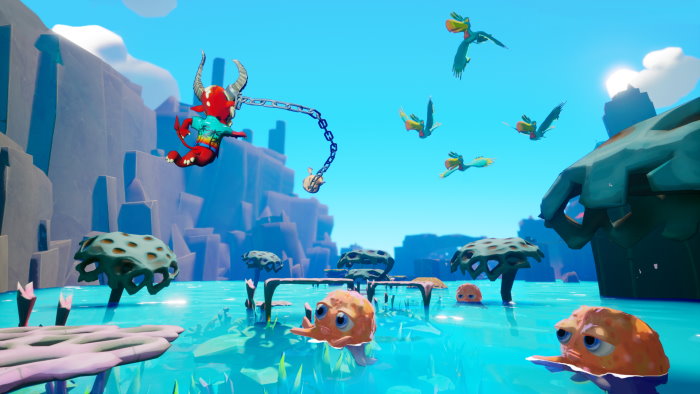 Hell Pie is a fun collect-a-thon that has a lot of worlds to conquer in your quest to find the ingredients needed to bake a pie for Satan. I liked the level design of most levels, although some platforming segments were annoying due to the camera getting in the way. The humor is also hit-or-miss, so this one is definitely not for everyone. The game is available as a Cross-Buy title with a $24.99 price, so your purchase will give you both the PS4 and the PS5 versions of the game, each one featuring its own trophy list. 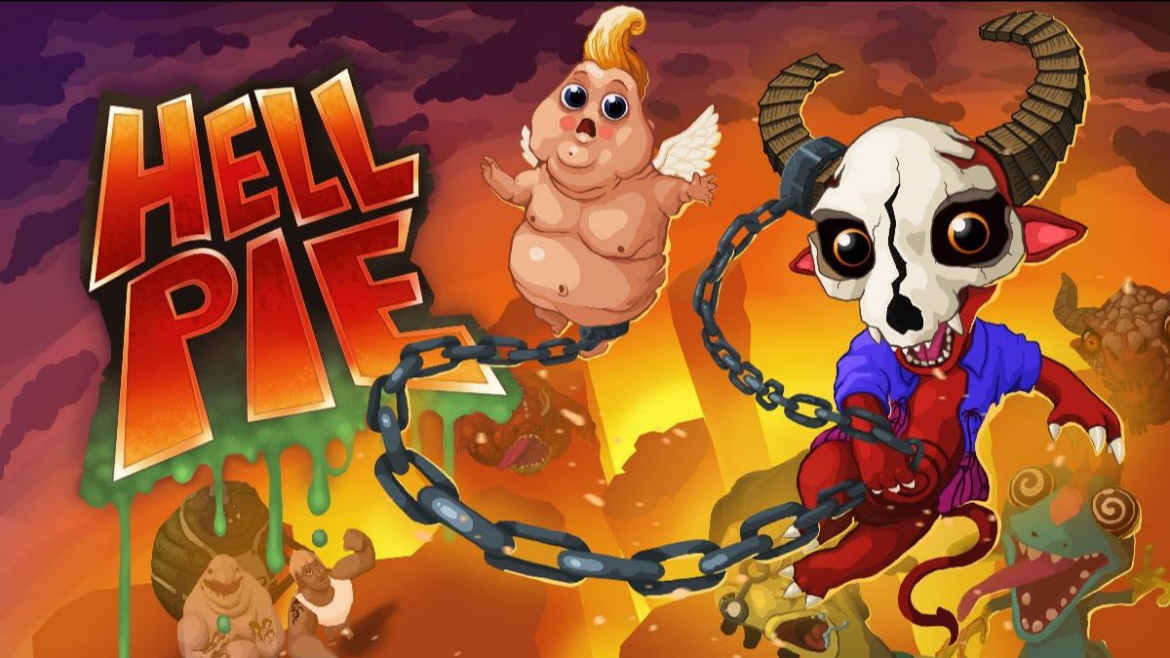 Disclaimer
This Hell Pie review is based on a PlayStation copy provided by Headup Games.