Do you have what it takes to become the ultimate escapist in Escape Academy from iam8bit, Skybound Games, and Coin Crew Games? Find out in our Escape Academy review!


Do you have what it takes to become the ultimate escapist in Escape Academy from iam8bit, Skybound Games, and Coin Crew Games? You’ll be tasked with giving it your all to excel at the titular school where students train to eventually become the ultimate Escape Room Master. With more than a dozen specially crafted escape rooms, a campus to explore, different teachers to study with, and a soundtrack from doseone, this is certainly one to check out on PlayStation! The game can be played on your own, in local multiplayer, or in online multiplayer. 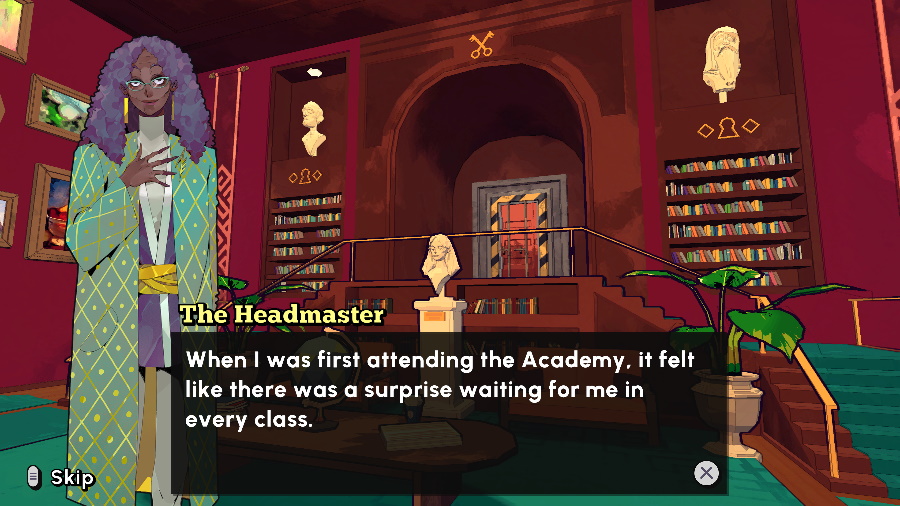 You’ll learn about the controls for Escape Academy when you’re handed the escape room waiver from Escape Shack, a location that specializes in providing its patrons with an escape room experience. Thanks to this, you’ll learn that you’ll move with the left analog stick, looking around with the right one as needed. To sprint, press in on the left analog stick. You can interact with the X button and can look at your inventory with the Triangle button. If you’re feeling trapped, you can always press the Square button to get a hint – and another one once the cooldown period is over – but do know that this will void one of the trophies in the game – more on trophies in a bit.


Once you take care of the first escape room in the game and complete it under the time limit, you’ll get to explore the Escape Shack main room to try and find the key you need to open the bathroom. Complete one more puzzle by paying attention to your surroundings and finding the clues that will give you the answer you need, and you’ll be able to open one of the stalls in the bathroom to take you down some stairs that lead to a peculiar trolley! It’s there that you find the Escape Shack’s employee, who is, in fact, the Headmaster for the Escape Academy! 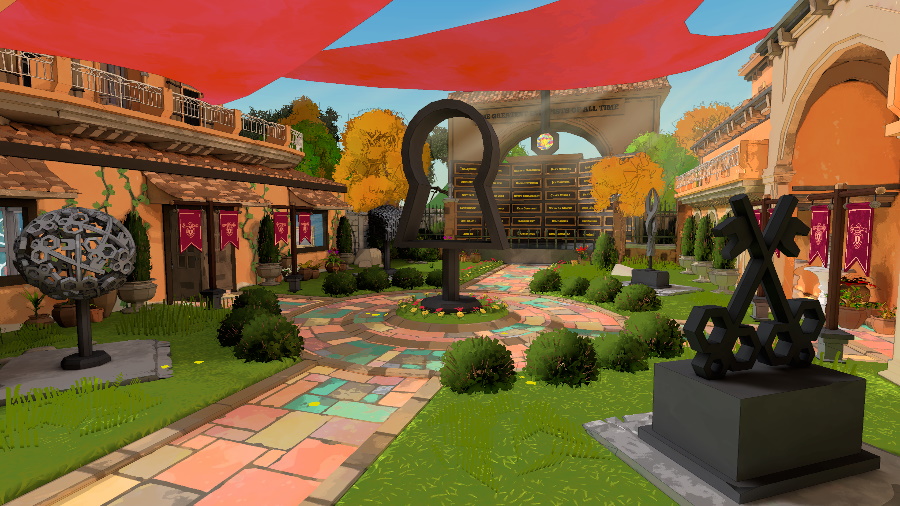 While the Headmaster has invited you to visit Escape Academy, that doesn’t mean you’ll be able to enroll right away! You’ll be called to the Headmaster’s office, but you’ll soon realize that the room is actually an escape room where you’re going to be taking your entrance exam! The twist for this one is that you have 15 minutes to complete it because the room is slowly being filled with a memory-erasing gas. This is the way in which the Escape Academy can maintain its secret from those who fail the entrance exam since they don’t have what it takes to be at the top of the class… or to even be admitted!


The game has a full trophy list with a Platinum trophy for your collection. Escape Academy has 10 Bronze trophies, 12 Silver trophies, and 5 Gold trophies, and since it’s a Cross-Buy release, those of you who have a PlayStation 5 will be able to work on not one by two Platinum trophies! There are several trophies that will pop as you progress through the game, but there are some that will require some extra work on your end. As for what you need to do for said additional trophies, they require that you earn an A+ grade on 10 escape rooms, sprint for over 400 meters, find 10 different editions of The Escape Times newspaper, solve a few specific puzzles within a set number of moves, open 30 locks, and that you work on completing three escapes with a partner, give a partner at least 5 items, and take on one specific scenario with a partner, to name some examples. 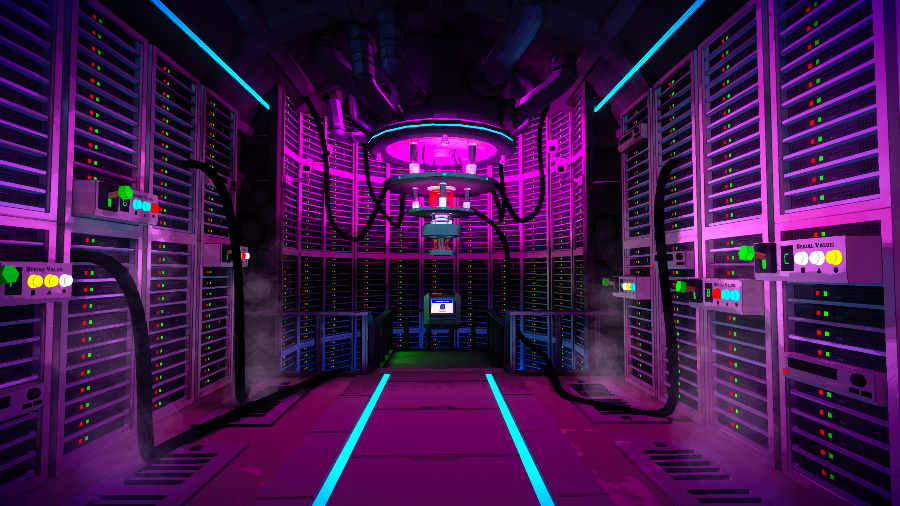 For every escape room, you’ll be graded and given a score based on your performance, and if you want to get the best grade possible, you should stay away from using any hints. Once you’ve cleared an escape room, you’ll also be rewarded with a badge of a peculiar shape. After completing some extra escape rooms, you’ll realize that each of these badges is a piece in a much larger badge that you’ll hopefully get to complete once you’ve beaten all of the escape rooms that the game will throw at you. 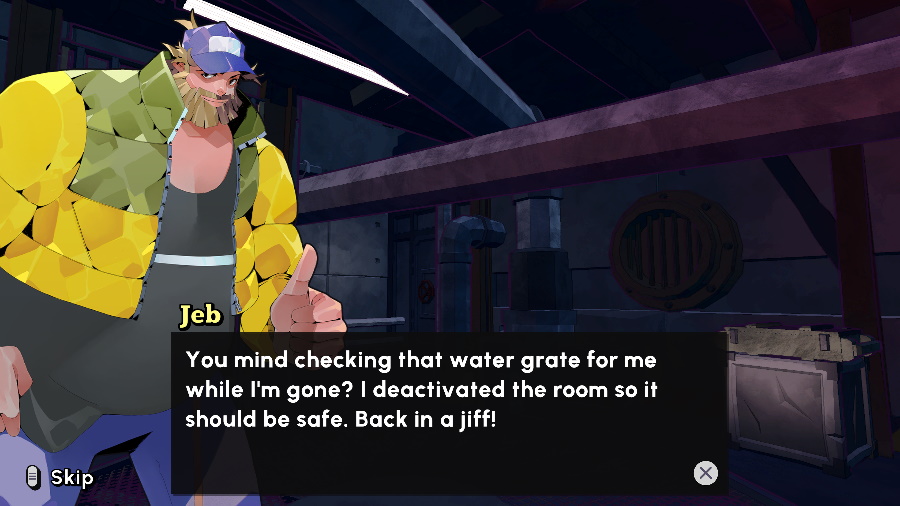 Escape Academy is a game on PlayStation that will certainly scratch that escape room itch. With a colorful cast of characters and a ton of clever puzzles to solve as you try to find a way out from more than a dozen escape rooms on offer, which you can take on your own or in local or online multiplayer, this is an easy one to recommend. Escape Academy is out on PlayStation with a $19.99 asking price. Since it’s a Cross-Buy title, your purchase will give you access to both the PlayStation 4 and the PlayStation 5 versions of the game. 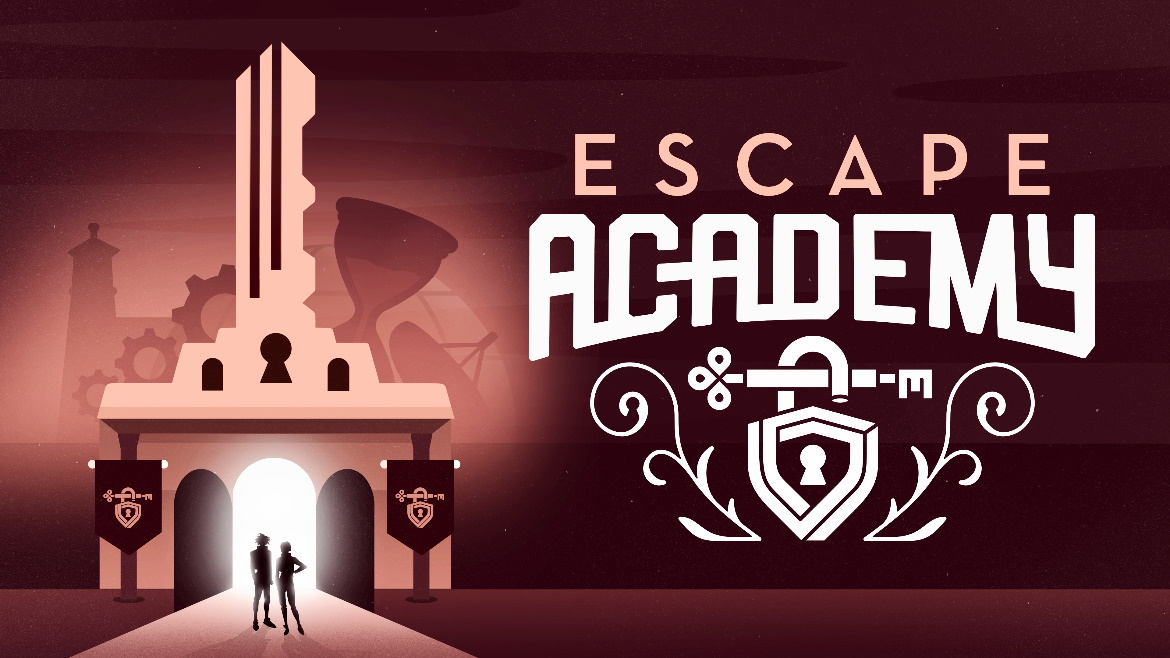 Disclaimer
This Escape Academy review is based on a PlayStation 5 copy provided by iam8bit.

The Legend of Heroes: Trails from Zero Out Next Month