Avenging Spirit Ratalaika Games is an arcade game in which you will have to save your girlfriend from an evil organization… as a ghost! Check our Avenging Spirit review!


During a romantic walk with his girlfriend, the main character is attacked by enemy agents who kidnap his love and then murder him.

As a spirit, the player must save the girlfriend from a mysterious crime syndicate, so he can finally rest in peace. Possess one of four characters with unique abilities at the start of the game.

Avenging Spirit Ratalaika Games is an arcade game in which you will have to save your girlfriend from an evil organization… as a ghost! This is a re-release of the 1991 arcade game Phanstam/Avenging Spirit from Jaleco. As your adventure, you will be offered to play the Japanese arcade original version – that would be Phantasm – or the international version – a.k.a. Avenging Spirit. The game itself is running through an emulator console that boxes the game within a canvas while adding some quality of life improvements to the experience, such as instant load and save states and visual post-processing like CRT scanlines and others. 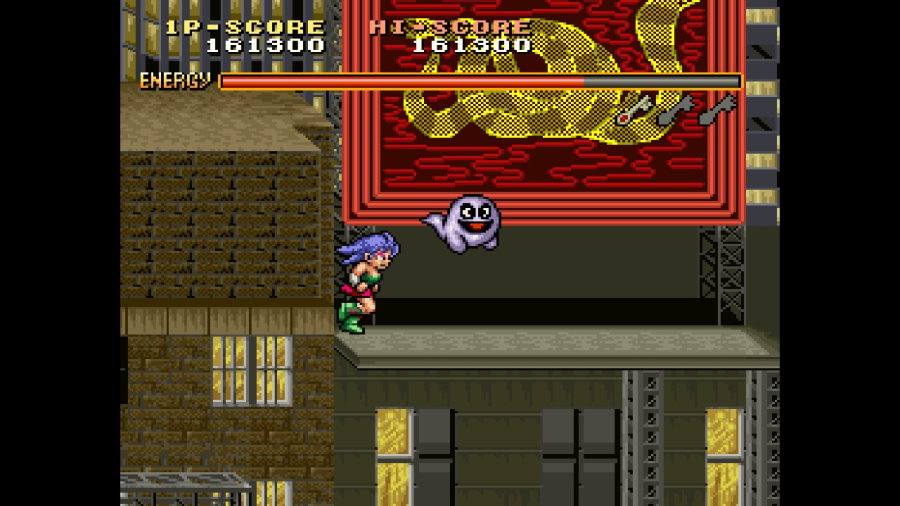 Phantasm / Avenging Spirit is an arcade game at its core, which is why there isn’t much backstory to the game. One day you are walking with your girlfriend down the street, and then a guy abducts your girlfriend and shoots you! Since he shot you dead, you end up becoming a ghost – the titular Avenging Spirit – and you somehow have the special power of possessing all of the enemies that you meet!


I liked how it was possible to possess anyone you cross in the street. While possessing someone, everyone else will try to get rid of you by punching, kicking, or shooting at you. When the character you possess dies, you’ll be back as a ghost and will have to possess someone else quickly before your energy runs out and you fade away. At the end of each of the six levels that the game has to offer, you’ll battle bosses, which, by today’s standards, felt a bit generic.

Speaking of the enemies, I thought they were interesting and varied. I liked how each one of them had its particular gameplay mechanics and characteristics when possessed. All in all, most characters felt balanced with their pros and their cons, since some will move slower but be more powerful but won’t be able to jump as high. Others like the ninja will have weaker shuriken to attack but will be able to jump much higher and move at a faster pace. 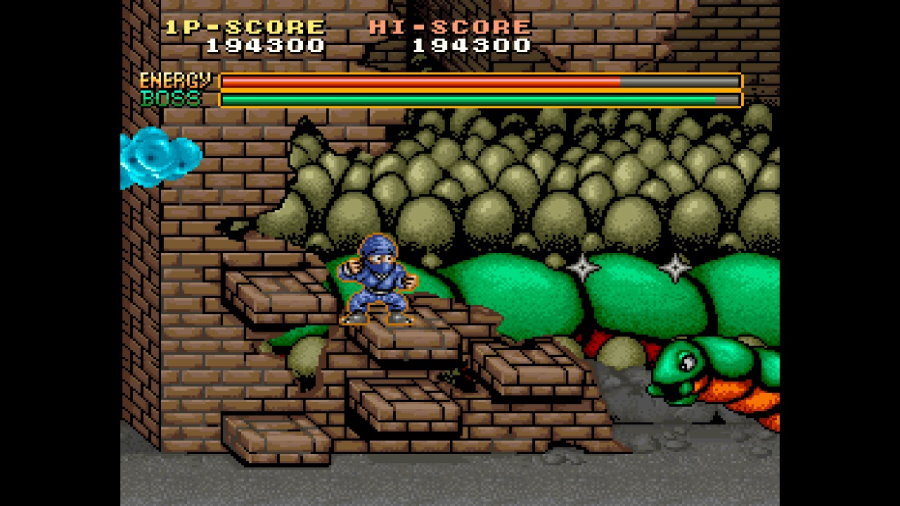 The level design itself is simple and generally good. While stages aren’t completely linear, you won’t get lost thanks to a helpful arrow that will point you back to the path you need to take. Some levels were definitively better than others. My least favorite one is the second stage because of the background, which made the level feel more complex than it needed to be. On the other hand, my favorite one was the sewer level, which certainly stands out.


On the presentation side, I liked the 16-bit look and feel of this 1990s game. The soundtrack is okay, but it quickly gets repetitive, which is usually the case for a lot of arcade games. I also noticed that the sound effects were noticeably delayed between when they should activate and when they are heard, which was surprising.

True to its fashion, Ratalaika Games offer a release that can be easily Platinumed – twice, thanks to the game being Cross-Buy, and the PlayStation 4 and the PlayStation 5 versions, each one having its own trophy list. Most trophies will pop as you progress through the game, but four are missable since there is no chapter select. The good news is that the game can be completed in an hour or so, in case you miss those trophies. As you are playing, be careful in stages 2, 5, and 6, as they have hidden keys that must be recovered if you want to get the best ending. You must also have a high score of 750,000 points which might for you to grind for points in the last section of the last stage. Other than that, it’s a pretty straightforward and easy Platinum trophy to achieve. 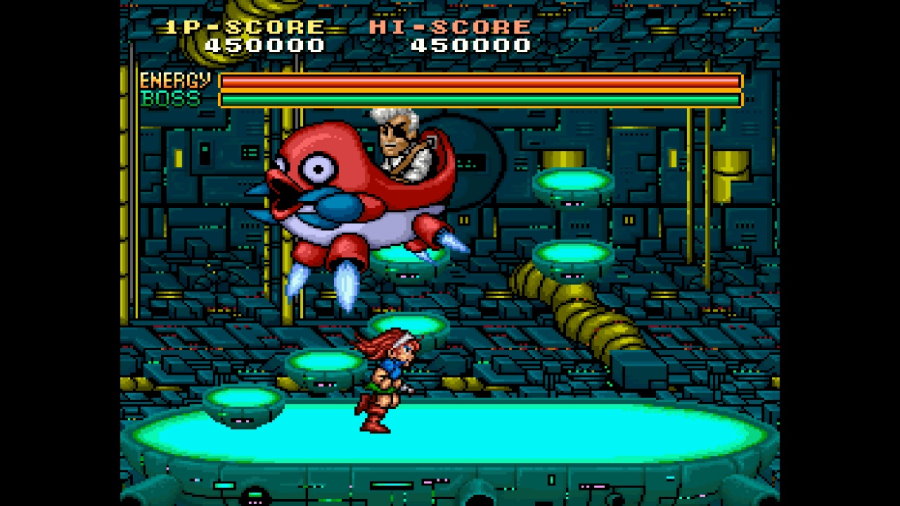 Avenging Spirit is a fun arcade game. I liked how the gameplay changed when the main character possessed new enemies. The game is short and can be easily completed in under an hour, and it has an easy Platinum trophy (two, in fact, since the game is Cross-Buy). This game is easy to recommend to trophy hunters looking for some new Platinums in their collection. Avenging Spirit is out on PlayStation with a budget price of only $5.99.

If you’re looking for the quickest route toward the Platinum trophy, I recommend you to follow this Avenging Spirit Trophy Guide. Disclaimer
This Avenging Spirit review is based on a PlayStation copy provided by Ratalaika Games.