Road of Death from Ratalaika Games and Diedemor Studio Games is a post-apocalyptic twin-stick shooter with survival elements on PlayStation. Learn more in our Road of Death review!


Road of Death from Ratalaika Games and Diedemor Studio Games is a post-apocalyptic twin-stick shooter with survival elements on PlayStation. There was an explosion at the nuclear station, and large areas became contaminated. The irradiated organisms became hostile and extremely aggressive, mutating in the process. With the whole world in danger, you’ve been selected as part of an elite task force that must act immediately in order to prevent an even worst outcome from the whole situation. 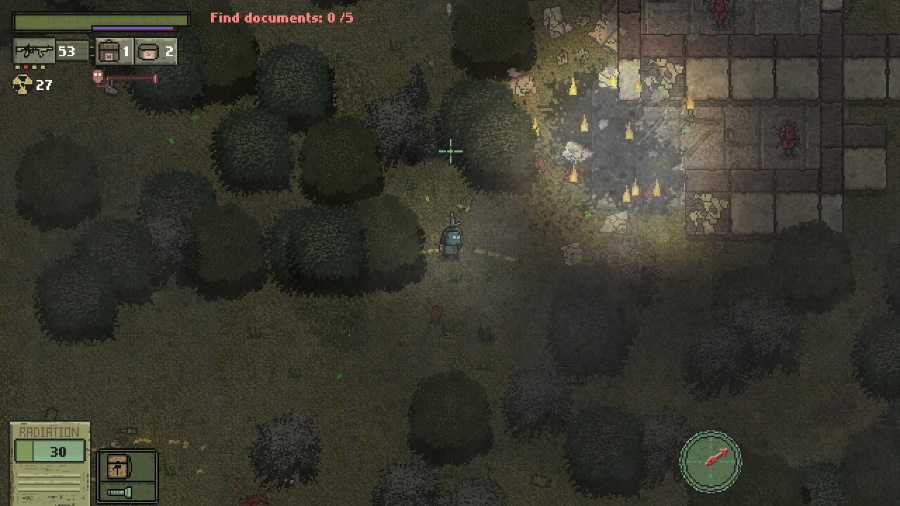 Given the harsh scenario you find yourself in during your time with Road of Death, you’ll have to scavenge for food and supplies to be able to stay alive. As you soak in the metal soundtrack, you’ll play Road of Death in either the Campaign Mode, which includes eight levels, or you can take on a straight-up Survival Mode. You can play through the Campaign Mode in Normal, Hard, or Very hard, depending on how challenging you want things to be.


You’ll move your character with the left analog stick as you aim with the right one. You can shoot with the R2 button and can use a knife with the L2 button. Pressing in on the right analog stick will activate your flashlight. You can use the L1 and R1 buttons to change weapons as needed. The Triangle button is for performing actions, which include things such as using a med kit to heal your wounds or eating a can of stew to alleviate your hunger. Sometimes you’ll have to change the filter on your gas mask to survive through some of the harsher areas, which is done by pressing the Square button. The batteries on your flashlight might also run out, so you should keep an eye on the UI and press the Circle button when needed. 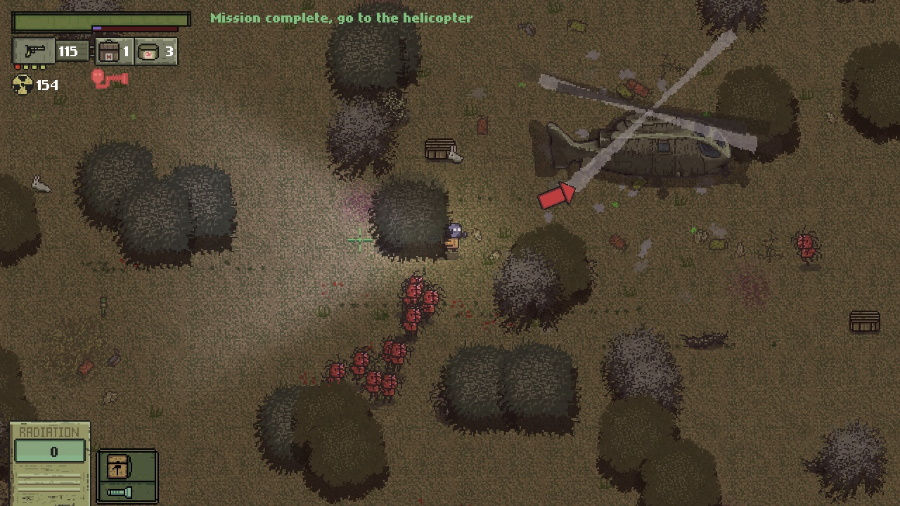 There are four different characters to choose from: Ivan, Vasily, Egor, and Nikolai. Ivan is a stormtrooper equipped with a shotgun and is the most balanced character in the group. Vasily is a flamethrower trooper, so he attacks with a flamethrower and is equipped to take less damage from fire. Egor is a bomber, so he has a grenade launcher as a weapon and can take less damage from radiation. Nikolai is a sniper, so he has a sniper rifle to take on enemies from a safe distance and requires less food to stay alive. 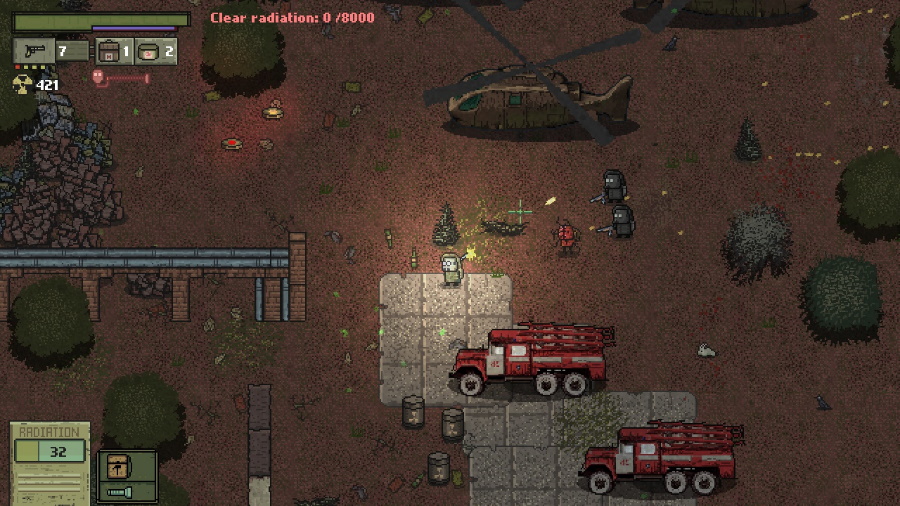 Road of Death has a full trophy list, and since this is a Cross-Buy title, you’ll get both the PlayStation 4 and PlayStation 5 versions of the game, and each one has its own trophy list. It’s a short one with 11 Gold trophies that require that you create 5 bonfires in a single game, destroy 20 oil barrels, clean radiation from 5 mini-regions, eat a can of stew, use a med kit, buy an additional med kit, complete the training area, and complete missions 1, 2, 3, and 4. It’s something that, if you do things right, should take you less than an hour. If you want to speed things up, you can use this Road of Death Trophy Guide. 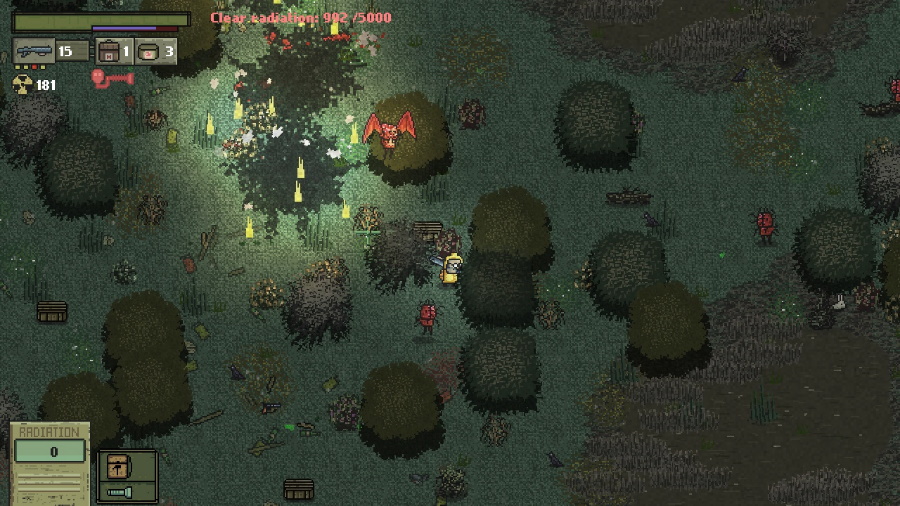 Road of Death is a post-apocalyptic twin-stick shooter with a dash of survival elements that offers eight levels to take on in its Campaign Mode, as well as a Survival Mode that will test your skills. The game is available as a Cross-Buy title for only $4.99, giving you access to both the PlayStation 4 and the PlayStation 5 versions of the game. 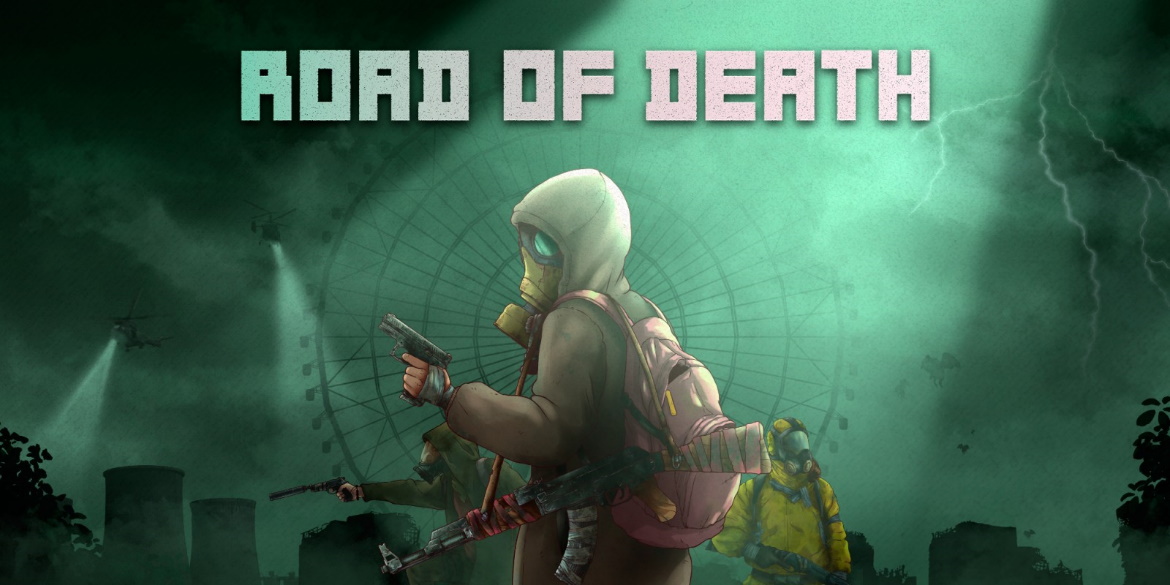 Post-apocalyptic twin-stick shooter with a dash of survival elements

Disclaimer
This Road of Death review is based on a PlayStation 5 copy provided by Ratalaika Games.