XEL from Tiny Roar Games and Assemble Entertainment is a colorful 3D isometric adventure on Nintendo Switch. You’ll be playing as Reid, who finds herself shipwrecked on the titular land of XEL. Unfortunately, she has no recollection of her past, so you must help her find out what happened, who she is, and what is going on. Do you have what it takes to help her take on haywire robot minions and the exotic wildlife in XEL? At least Reid will be joined by Cha, a floating robotic companion who somehow communicates with her. 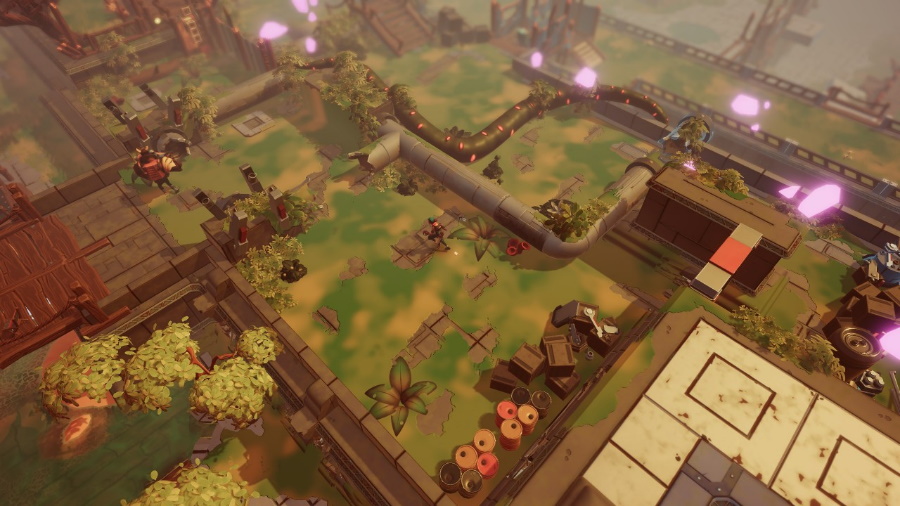 The start of the game is a bit slower-paced than what you’d expect, but this is so that you can use that time to learn all of the basics since this segment works as an extended tutorial. You’ll later gain access to unique abilities that will allow you to bend the rules of time and space, which will come into play during both action sequences as well as for puzzle solving.


You’ll control your character with the left analog stick as you explore each location from an isometric perspective. The ZL button will allow you to target enemies as you dodge their attacks with the R button or try to use your shield with the ZR button. These actions will use up some of your stamina. To attack, just press the B button. The A button is for interacting, and the X and Y buttons will allow you to map two gadgets. You’ll unlock a Zap Trap that can be dropped onto the floor to zap enemies in place or to open up some doors. Later on, you’ll gain access to a sticky grapple hook that will allow you to cross some gaps to carry on with your adventure. 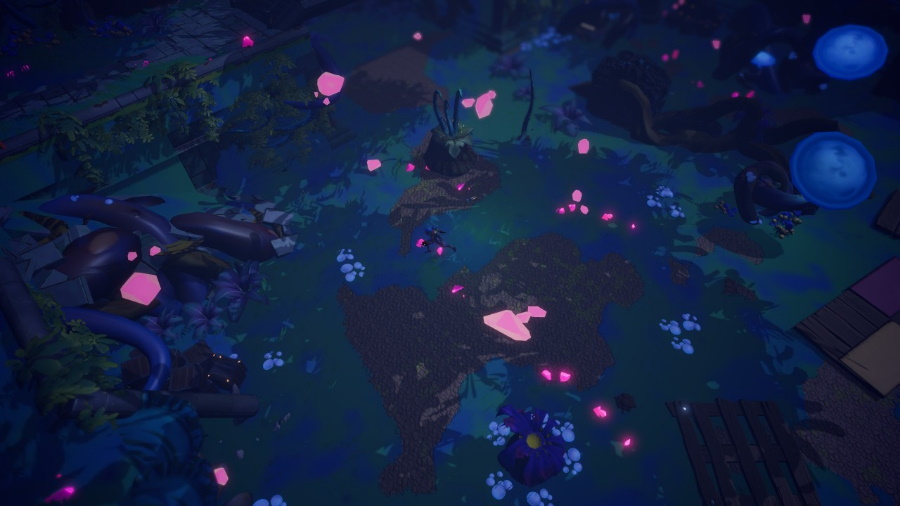 Press the – button, and you’ll access the system menu. From there, you can review your overall playing time, inventory with the gadgets and snacks you’ve collected, as well as the map. The map is very important since it will allow you to review the current area you’re exploring in order to find any potential points of interest. You’ll always see a marker for your next objective so that you can work your way towards the next segment to tackle.


You can use the chips you collect to trade them for other resources, such as fruit, meat, red herbs, cables, and more. You can also find these items after defeating enemies or destroying boxes along the way. There will also be recipes to collect so that you can use resources to create useful items. Be sure to visit Shirl’s workshop! While there, you can use all of the junk you collect to upgrade your equipment so that you can have a better chance of surviving in XEL. Take, for example, your Junk-Blade. While it can certainly help you deal damage to the many enemies on your path, upgrading it will allow it to deal more damage to enemies. It will also give you a chance to charge up a powerful area attack. To upgrade it, you’ll need three claws, three broken cores, six cables, six gears, and ten sets of clutter. Oh, and you’ll also have to pay 25 circuit boards! 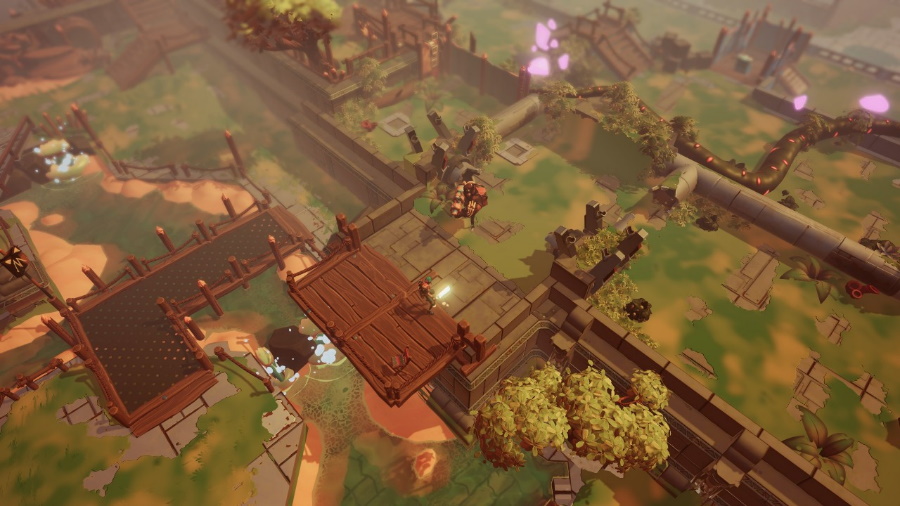 In the northern part of the Garden, you can find Rubble. Pay him a visit so that you can pay him with the many chips you’ve collected so that he can teach you some recipes that can be put to good use at the many cooking stations you can find in each of the areas of XEL you’ll explore. Just check your map and look for the right icon so that you can use the resources you’re carrying to cook delicious things such as Heart Candy S to restore three of your hearts, or Jerky S, which will grant you one temporary additional stamina wheel.


During the game’s launch, there were several issues with XEL on Nintendo Switch. There were many graphical glitches, along with some slowdown here and there. For some segments, textures loaded a second after you set your eyes on said area, with a flowing river showing up as a big beige block. I also had my game save end up being corrupted… three times. On top of this, I ran into audio hiccups with dialogue cutting off as another line played over it, out of sync with the whole scene. 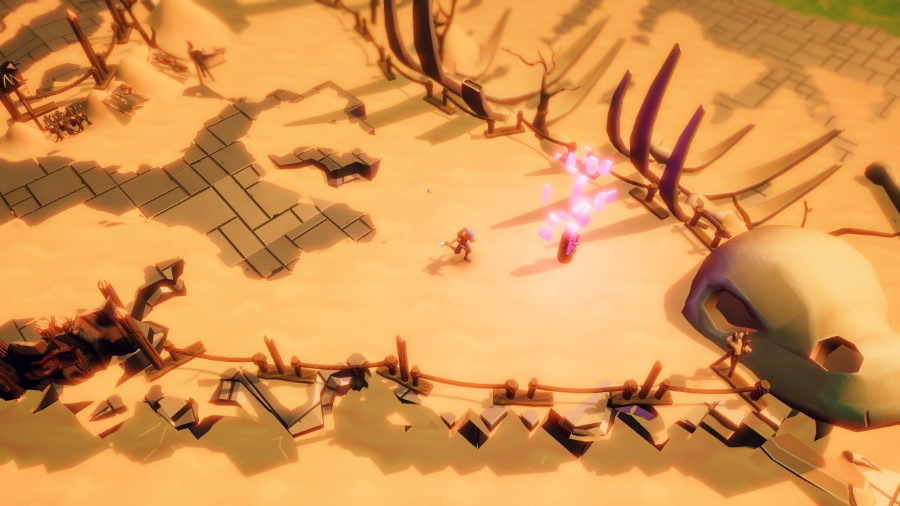 The good news is that Tiny Roar Games got to work right away and ended up releasing a patch that brings the game up to version 1.0.4.4, bringing along with it a huge list of improvements and fixes to XEL. A lot of stuff has been fixed for the Nintendo Switch version of the game, with colliding issues fixed, fixes to the UI fixes to the NPC dialogue being cut off by other lines, improvements to loading, better resolution, improvements to the framerate, and more. Before the patch, for me, the game performed the same way when playing in Docked or Portable Mode. After the patch, the game performs a lot better when played in Docked Mode than when played in Portable Mode. While I didn’t run into any weird bugs while playing in Docked Mode, when in Portable Mode, I had the game fail to load a segment of the floor when time traveling, and I also fell down into the void when changing areas since the game didn’t load the new map fast enough.

XEL is a fun and colorful 3D isometric adventure on Nintendo Switch that has been considerably improved compared to how it performed during its launch. It’s certainly not perfect, and there are still some issues here and there, but if you stick with it, you’ll have a good time as new gameplay elements are introduced at a steady pace on this journey that should take you around 6-8 hours to complete. XEL is out on Nintendo Switch with a $19.99 asking price. 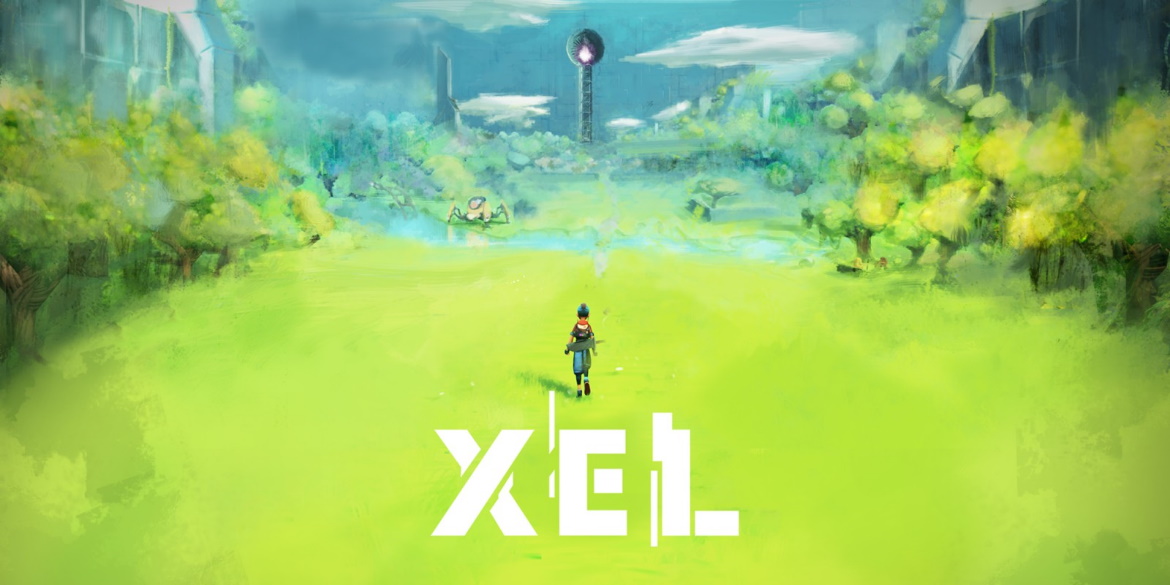 Disclaimer
This XEL review is based on a Nintendo Switch copy provided by Assemble Entertainment.