Super Bullet Break by PQube and BeXide is a deckbuilding game with roguelike elements to create a casual yet challenging experience on Nintendo Switch. The game starts in a rather particular way, as the only thing you can do is navigate the interface to look at your text messages. You can read one about the game services that have become unplayable, with the possibility of the outage being because of cyberattacks. You’ll also be contacted by Nayuta, who heard that you’re a pro gamer and wants you to handle something for her. She wants you to investigate the Monochrome Tactics game, as she can grant you access to it, to find out what is causing the problems in the game. It will transport you into a retro game called Bullet Break, with the boss that is causing the problems. By finding and defeating her, you should be able to restore the game’s content to what it should be. From there, you’ll accept your mission and head into the first of many games you’ll have to fix. 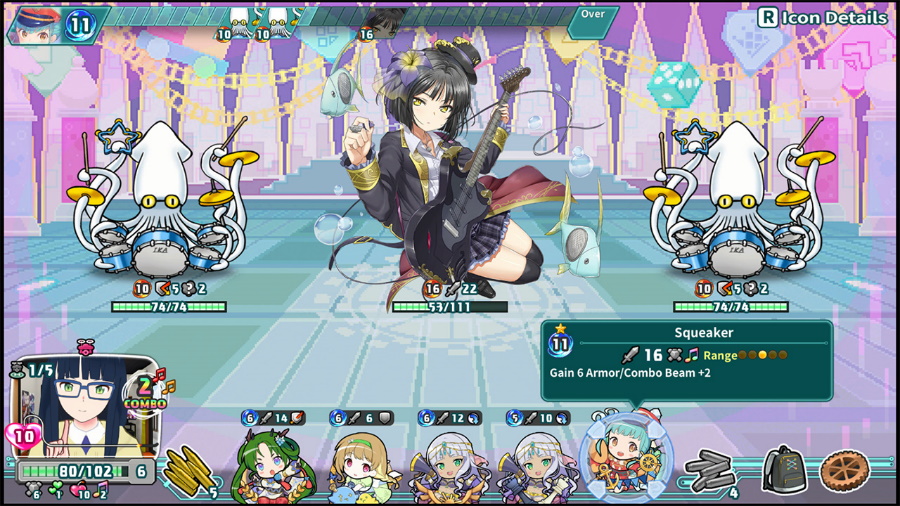 Once you get into the game, you’ll be on a map filled with small blocks, where you can progress to the next line by choosing one of the blocks adjacent to your current one. Blocks can be of multiple types. Event is where you’ll have small dialogues with other characters, sometimes with quizzes that you can try to answer correctly for Scout Tickets. Rest will allow you to recover some of your lost HP. Shop is where you’ll be able to purchase items or use your Scout Tickets for potential new Bullets. Treasure is where you’ll get new items or Bullets. Battle events are where you’ll be going against enemies and where the core of the game is. Once you progress through a map, you’ll reach its last square, where you’ll fight against its boss.


When a battle starts, your enemies are in front of you, and you can see some of your information at the bottom of the screen, starting with your HP on the bottom left. Then you’ll see your magazine with the number of Bullets in it (the “cards” in terms of deckbuilding), a few of those Bullets that you’ll be able to choose from to fight, and then the Graveyard, which consists of the Bullets you have used so far in that battle. Once your magazine is empty, the Bullets in the Graveyard will come back to be able to eventually select them again in battle. Bullets come out of your magazine randomly, so you don’t have control over which ones you’ll be able to use for each round. Each of them has a number representing their attack power, and they also have different ranges of attack as to the number of enemies they can hit at once. Some of them will also have additional effects, such as discarding an active Bullet when you use one. 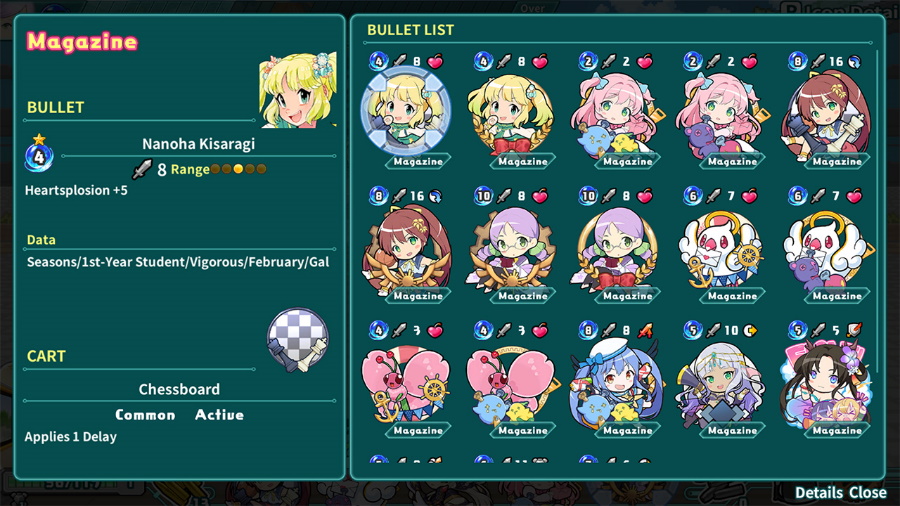 The game’s visuals present the maps as an array of blocks shown from an isometric view with different blocks for each of the different aforementioned event types. Battles do show you some colorful-looking enemies, which makes the experience a lot more interesting during the fights. Each time you gain a new Bullet, a full-screen image will be shown to present you the girl that will now be joining your cause – images that can sometimes lean into fan service territory.


What can you expect from this one? Starting with the positive, the battles are fun for the most, and the fact that Bullets can have side effects is really interesting. There’s also the roguelike aspect of it that’s challenging, as you need to complete every map without dying, or else you’ll have to start back from the first map of the game. This enforces the aspect of finding more and more Bullets to eventually have a stronger “deck of cards.” Unfortunately, the battles also have some not as fun parts, and this is specifically experienced during boss fights. Getting to the boss of a map is somewhat of a not truly challenging process, so the chances are that you’ll be able to arrive at the boss with full HP or close enough. But then you end up fighting those bosses that will hit you twice in a single turn every now and then, sometimes taking more than half your HP in a round. That wouldn’t be a problem if you could heal decently, but you can never really heal as much as the damage you get. Then there’s also the map designs, where you can end up skipping a vast majority of the battles by simply going for different event types, and skipping battles can end up costing you dearly once you reach a boss fight unprepared. 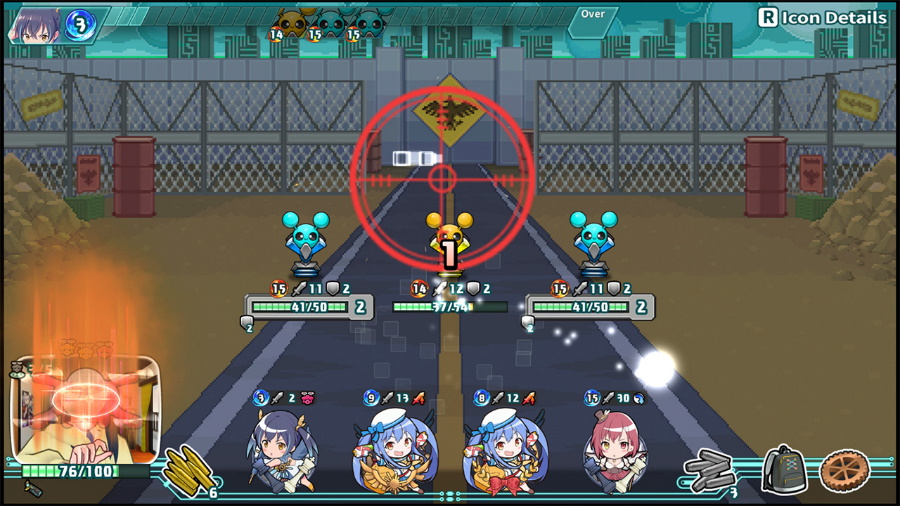 Super Bullet Break is an interesting title with a lot of fun aspects and a good challenge to test your skills. The boss fights will either make or break this experience for you since there’s going to be a lot of trial and error as you try and find the right combination of Bullets and the right nodes to take on for each map to build up a reasonable strategy. Super Bullet Break is out on Nintendo Switch with a $19.99 asking price. 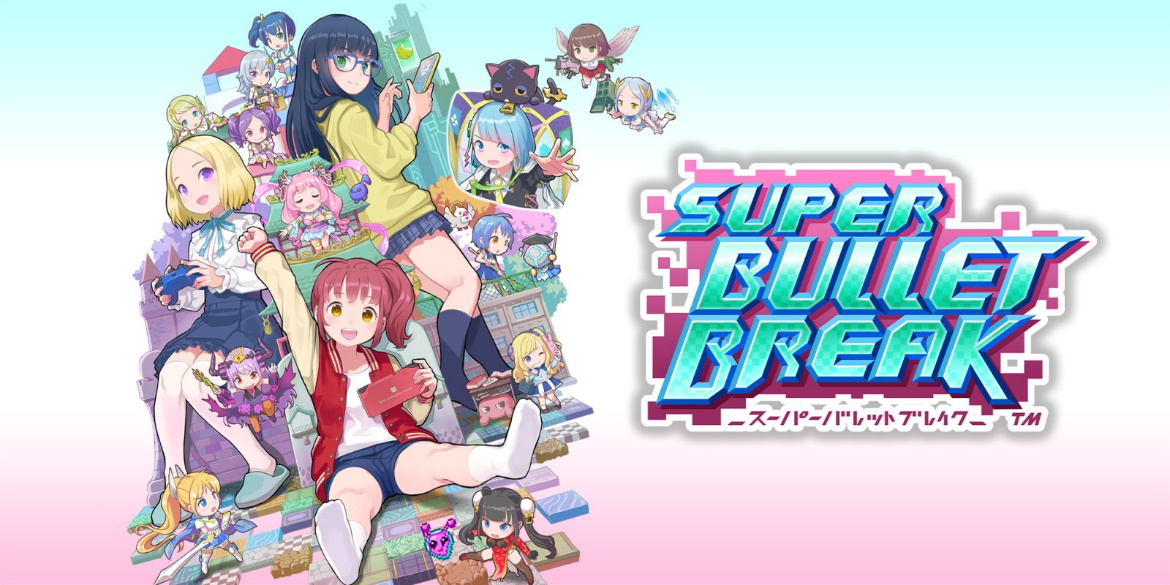 Disclaimer
This Super Bullet Break review is based on a Nintendo Switch copy provided by PQube.

fault – StP – LIGHTKRAVTE On Its Way To Switch

Onsen Master Out Next Week