MEGA MAN BATTLE & FIGHTERS from SNK brings to Nintendo Switch the special arranged release for the NEOGEO Pocket Color that brought two arcade games to a portable experience. It was originally released Japan for the aforementioned revamped color take on SNK’s portable console, and up until this month, it had remained as a Japan-only release as Rockman: Battle & Fighters. The Nintendo Switch has been getting a lot of NEOGEO Pocket games, such as Biomotor Unitron or SNK VS. CAPCOM: CARD FIGHTERS’ CLASH, and you can even get the NEOGEO POCKET COLOR SELECTION Vol.1, which includes 10 NEOGEO Pocket Color games.

This special release combines Mega Man: The Power Battle and its sequel, Mega Man 2: The Power Fighters. The first game was released on arcades way back in 1995, with the sequel landing the following year. Both games were Japan-only for a while until they made an appearance in the excellent Mega Man Anniversary Collection on the Nintendo Gamecube and the PlayStation 2. You can also get both arcade games as part of the Capcom Arcade 2nd Stadium compilation on Nintendo Switch and PlayStation 4. 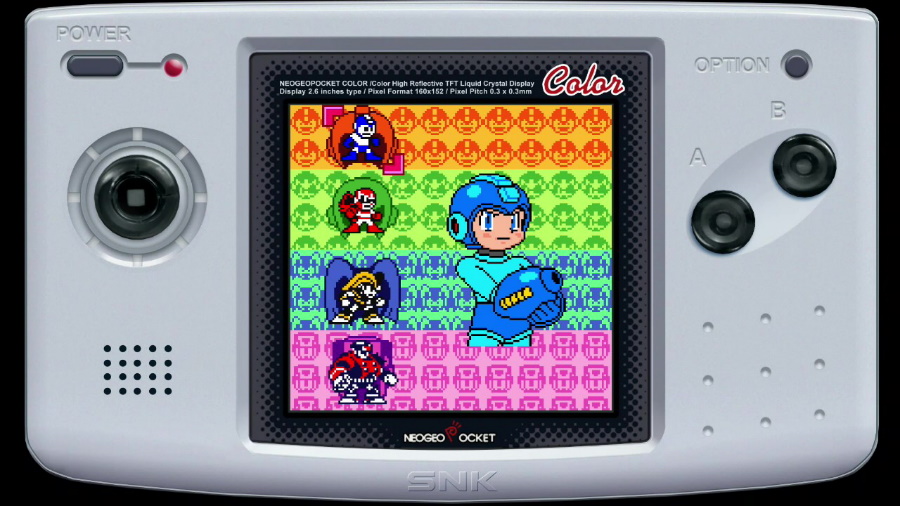 What these two games did, and what MEGA MAN BATTLE AND FIGHTERS does, is give us a sort of boss rush mode take on the Mega Man series with an arcade twist. You’ll be able to play as Mega Man, Proto Man, Bass, and the massive Duo – who is only available for Mega Man 2: The Power Fighters – as you take on sets of the evil Robot Masters from the beloved franchise. As is the case for main games in the Mega Man series – and for games in the different spin-off series such as Mega Man X and Mega Man Zero – for each of the Robot Masters you defeat, you will gain access to their weapon.


Said weapon can then be used when fighting against other Robot Masters, and it’s up to you to find out which Robot Master is weak against which weapon in order to increase your odds of surviving the whole set of bosses. To balance things out, each subsequent Robot Master that you battle will have more energy, so you’re going to have to be quick and find out which weapon they’re weak against, some that you can deplete all of their energy before they defeat your character. 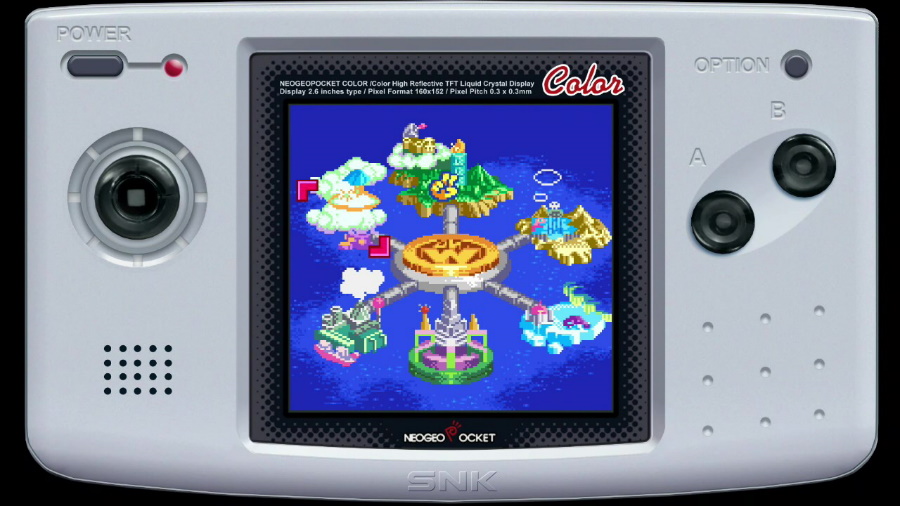 In the options menu, you can set the game’s difficulty to easy, normal, or difficult, and then select the time limit to 30, 99, or infinite. You will control your select character with the left analog stick, jumping with the B button and attacking with the A button. You can switch between the weapons you have collected by pressing the + button, which will change your character’s color to let you know which weapon you’re currently using. You can also check the symbol at the top of the screen to see which weapon you’re using. And yes, you can use the virtual joystick and the buttons on the NEOGEO Pocket Color console sown on the screen to play the game! 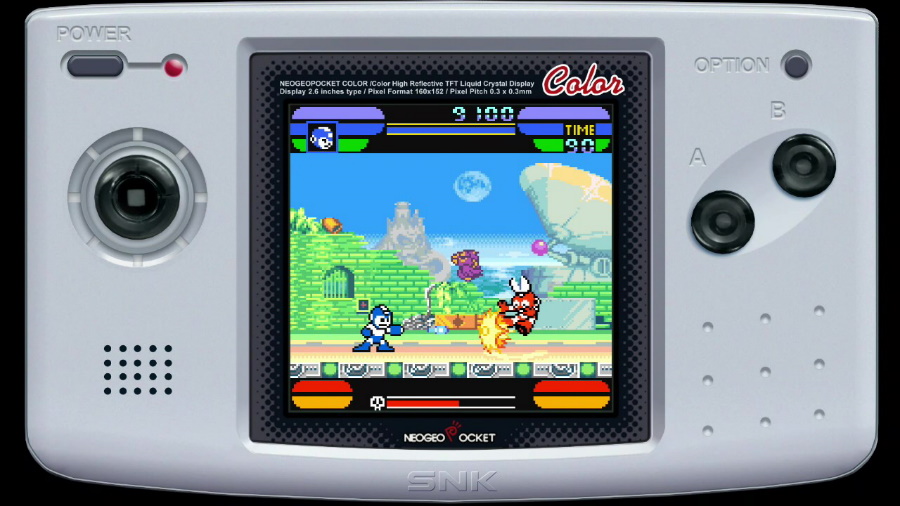 Since MEGA MAN BATTLE & FIGHTERS is still very much presented in Japanese on Nintendo Switch, I suggest you take a good look at the included digital manual. Just press the – button to open up the menu from which you can reset the virtual NEOGEO Pocket Color console on which you’re playing this digital release, check out the controls and customize them, and rewind the action if needed – which can also be done by pressing the L or R buttons when playing MEGA MAN BATTLE & FIGHTERS, or customize how the game is displayed.


You can press the A button to activate an old-school filter that can make the game look as if you were playing it on an actual NEOGEO Pocket Color or change the skins for the console you’ll be looking at on your TV screen or on the Nintendo Switch’s screen. There are nine console skins, including the default one. There are even three skins that will have you playing on a see-through console of the yellow, blue, and clear varieties. 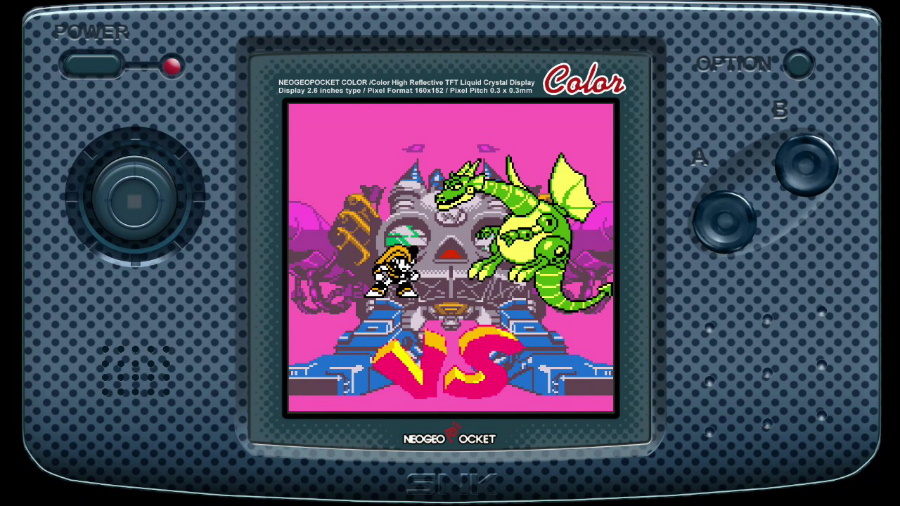 Combining Mega Man: The Power Battle and its sequel Mega Man 2: The Power Fighters in a single NEOGEO Pocket Color release, MEGA MAN BATTLE & FIGHTERS is a fun boss rush type of arcade-style release that is now finally finding a new audience around the world thanks to its launch on Nintendo’s console. The game is out for a budget price of only $7.99, and it’s one you should definitely check out! 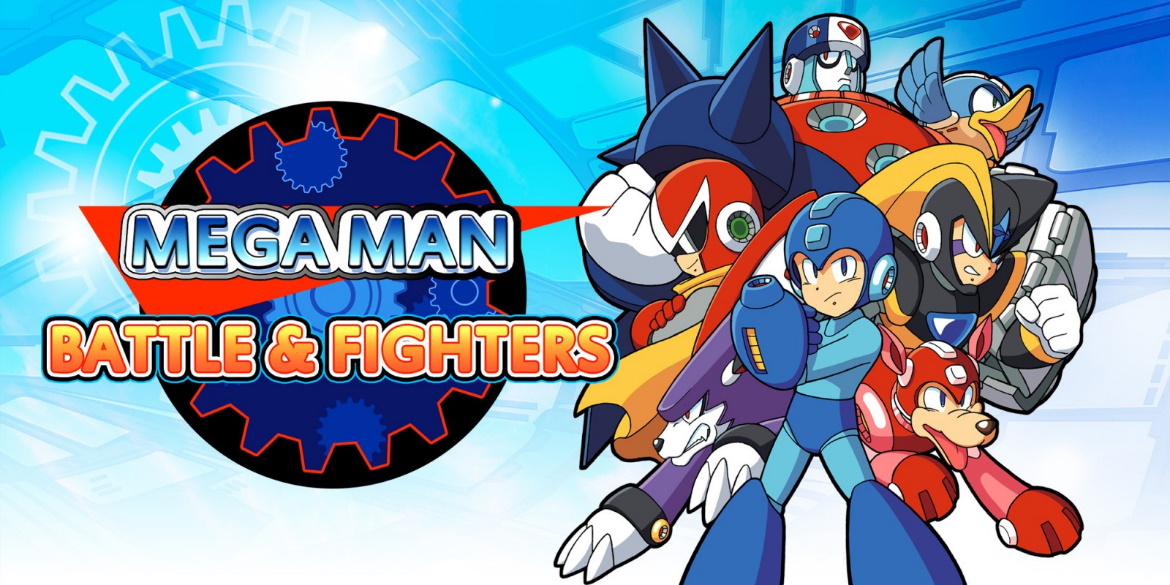 A portable take on the two Mega Man arcade games

Disclaimer
This MEGA MAN BATTLE & FIGHTERS review is based on a Nintendo Switch copy provided by SNK.