Logic Pic from Naptime Games, Space Bit and By Aliens is a Nonograms puzzle experience on Nintendo Switch for 1-4 players. Check our Logic Pic review!


Logic Pic from Naptime Games, Space Bit and By Aliens is a Nonograms puzzle experience on Nintendo Switch for 1-4 players. The game can be played on your own, as well as in local co-op or versus. As soon as you load up the game and press the A button, Logic Pic will ask if you’d like to learn how to play, just to make sure if you’re new to Nonograms, or if you already have some experience. As Logi-Pico will explain, you’ll have to pay attention to the numbers on each row and column, so that you can tell how many squares for one or the other need to be filled up. You can move a cursor around the playing board with the left analog stick or the D-Pad and fill up a square or make it blank again by pressing the A or B buttons, respectively. 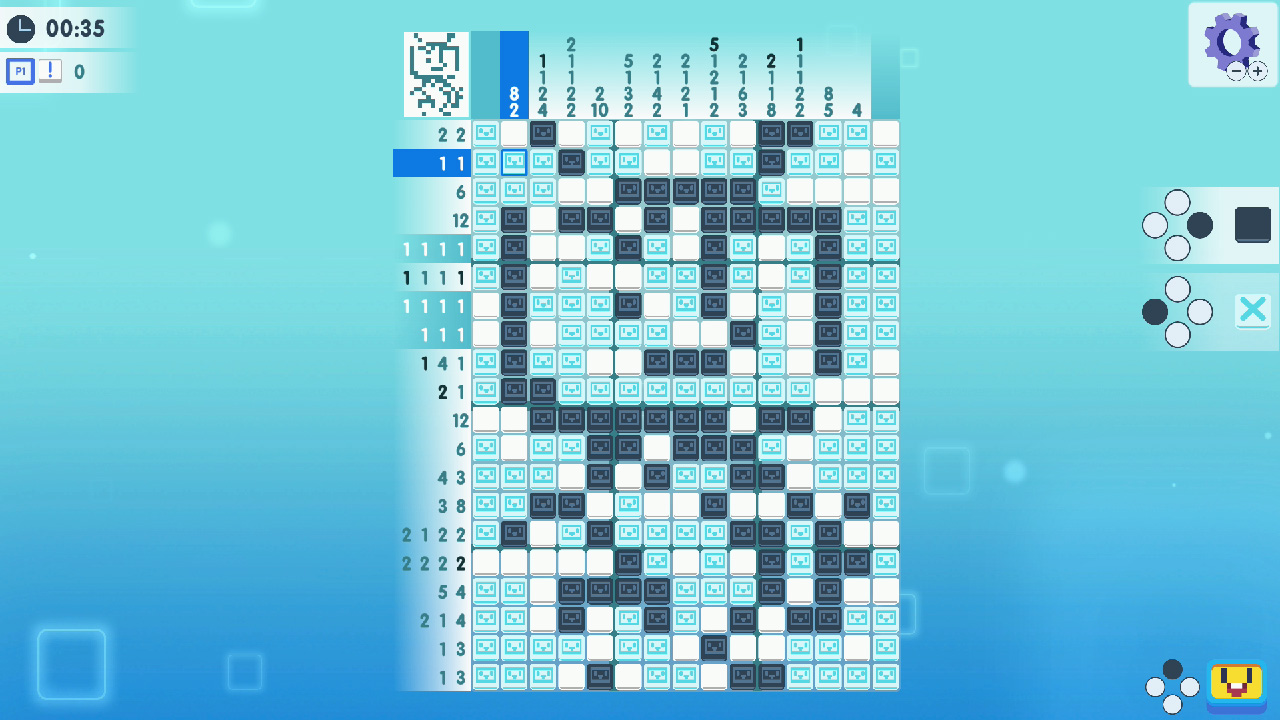 When a row or column has two or more numbers, that means there needs to be a gap of at least one square between the tiles you’re filling up. The simplest example of this is having a five square row that has a 2 and a 2 as its numbers. Since there are only five squares in total for said row, that means you fill up two squares, leave one tile empty, and then fill up the other two squares to complete the row. When you’ve completed a row or column that has more than one number, you can use the Y button to mark tiles that should be left blank, just to make sure you don’t end up making a mistake. There’s also the option of playing the game using the console’s touchscreen if you feel like it.


The tutorial will have you completing puzzles that will reveal a lion, a camel, and locomotive. Once you’re done with that – or if you have some experience with Nonograms and decided to skip the tutorial, you’ll be able to dive into the game’s Story Mode, or play in the Collection section. The Story Mode will have you take on Nonogram puzzles one story segment at a time, but you must first complete some puzzles in the Collection section to play the puzzles in the Story Mode. Just check which category you need to work on, and then come back to the Story Mode! What Story Mode will give you is sets of Nonogram puzzles that are connected and tell a story by way of the images you reveal. 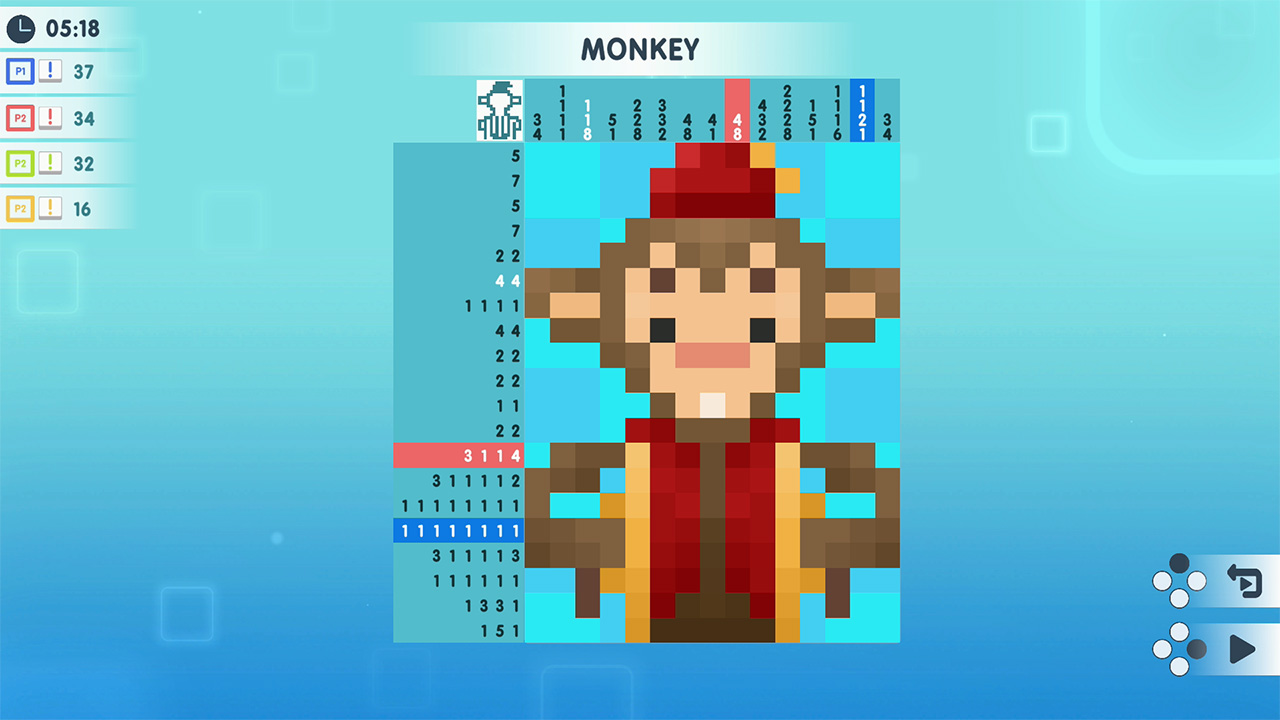 
Need some extra help? Then you can certainly make some good use of the power-ups that the game has to offer. You can us a spray to have the game reveal a series of random tiles around the playing field, either filling them up or marking them as tiles that need to be left empty. You could use a broom to sweep the many rows and columns of a puzzle to then reveal the whole line. Use a magnifying glass to check for any mistakes you might have made along the way. Or maybe you want to use a marker to just mark a whole row or column and reveal all tiles for it. These are not mandatory to use, so you can decide how you want to play. Just press the X button to bring up the power-ups menu and use your available lightbulbs to activate them as needed. 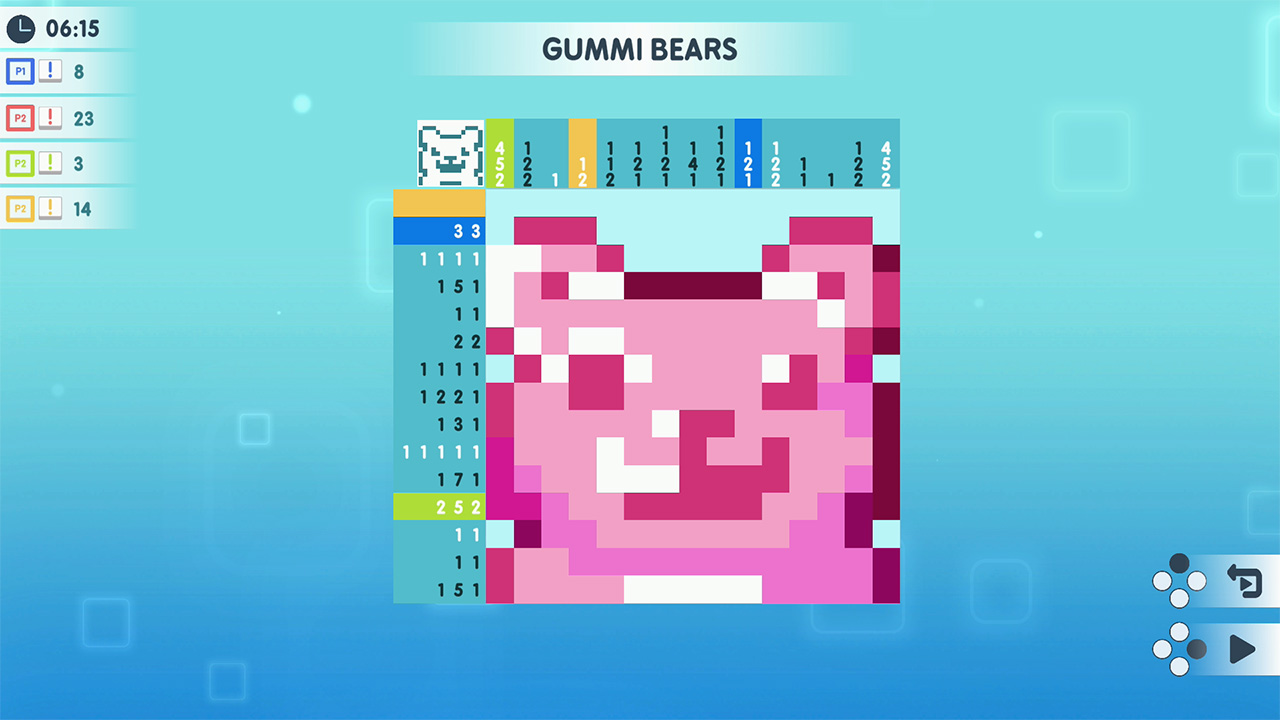 To customize your experience, you can press the – or + buttons to go into the Configuration menu, where you can activate or deactivate having the game autocorrect any mistakes you makes – which will make a tile flash red if you’re trying to mark it as a blank tile or try to fill it up and it’s the wrong answer – change the cursor speed, have the cursor loop if you get to the end of the board on a row or a column, adjust the balance for the music volume and the sound effects, and change the language between English, French, German, Italian, Japanese, Portuguese, and Spanish. 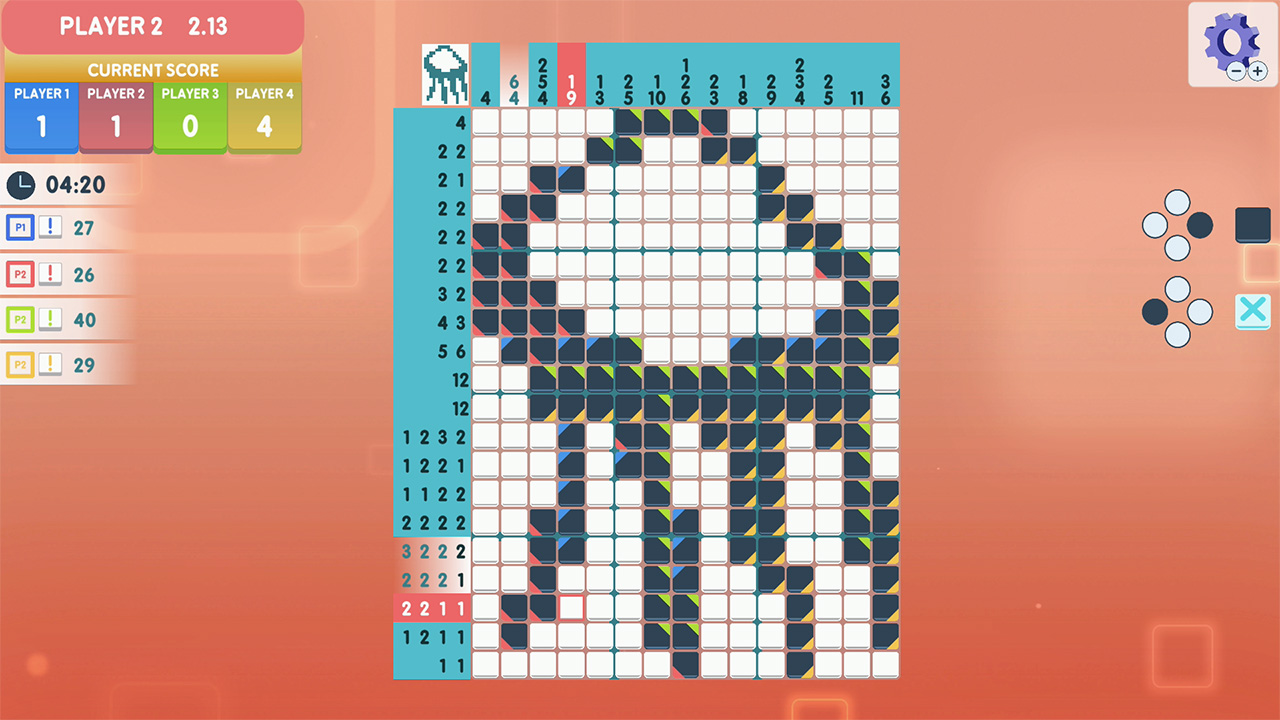 As a huge fan of Nonograms puzzles, I can easily recommend Logic Pic on Nintendo Switch for all puzzle fans. There’s a lot of content to take on, and its $7.99 price makes it a steal on Nintendo’s console. And if the more than 1,000 puzzles at a low price are not enough, worry not because there are three additional DLC packs to purchase which add a ton of extra puzzles. The Happy Pics DLC adds 260 puzzles for $2.49, the Love to Solve by Numbers DLC pack adds 260 puzzles for $2.49, and the Nonogram Adventure DLC adds 290 puzzles, hence it’s $2.99 price tag. And while you can buy them separately, you can get the All DLCs Pack and save some money, since it’s available for only $4.99.

Once you’ve downloaded the DLC, you’ll gain access to puzzle backs in a wide variety of themes, such as the 90s, Dia de Muertos, Women’s Equality Day, Chinese New Year, Feudal Japan, Winter, the Wild West, Spy Gadgets, the Middle Ages, April’s Fool Day, Spring, Summer, Autumn, Fall, Cute Animals, and many more! It greatly expands the content for what is a fun Nonograms puzzle game, so if you’re a fan, you can’t go wrong with adding the All DLCs Pack on top of your Logic Pic purchase. 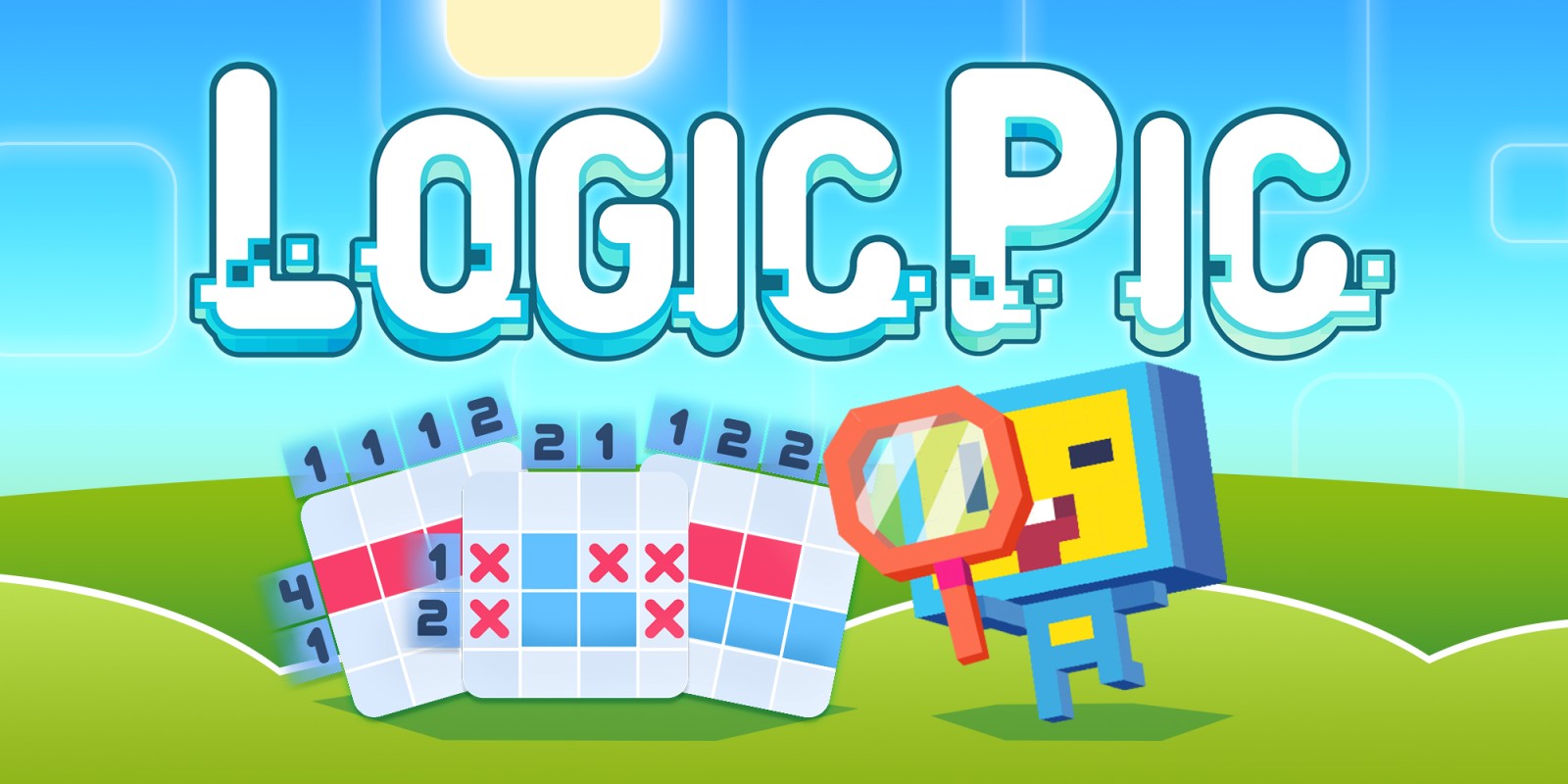 Disclaimer
This Logic Pic review is based on a Nintendo Switch copy provided by Naptime Games.