Japanese Sunday morning cartoon-inspired 2D platformer Kokoro Clover Season 1 is a fun one to play on Nintendo Switch. After a pixeltastic animated intro with a chiptune soundtrack, you’ll be ready to dive into this colorful and charming experience. The game, from developer Hikoteru and publisher Phoenixx, follows the adventures of 9-year-old Treffy, a young spirit summoner. While picking up herbs for her grandfather, she runs into malevolent treasure Hunter Valx Vulcan and his partner in crime, Necoco, who, as expected, are up to no good! It’s then that she finds the titular Kokoro Clover that the pair had stolen, which grants her magical powers… even allowing her to transform into elemental spirits! Since many people want to use the Kokoro Clower for their own gain, Treffy must use its power to defeat them to keep everyone else safe from harm. 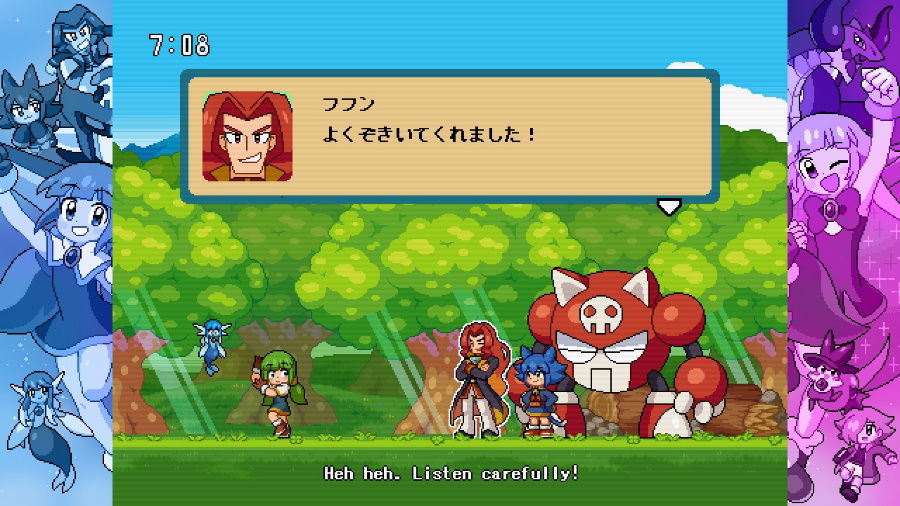 The game can be played either in Story Mode, Adventure Mode, or Boss Rush Mode. Story Mode is the main experience, as it mimics a season of an anime by having an intro segment, some commercials, a boss fight, and then a cutscene that gives you a preview of the next episode. You’ll even get a short recap at the start of the next episode! Adventure Mode bumps up the difficulty while throwing some new content at you and removing the story segments. As for Bosh Rush Mode, it’s exactly what you think it is.


You’ll control Treffy with the D-Pad, as she jumps with the B button and attacks with the Y button. She can call in for the help of a spirit by pressing the A button. This will cost some magic, but it can help you by attacking enemies or healing some of your wounds! You can transform with the X button. When your cheer meter is full, you can press the L button to unleash a powerful attack. Oh, and Treffy can also have some fun and unwind for a bit by dancing with the R button. She’ll be invincible while dancing. You can switch between assist, dance, and card sets by pressing the ZL and ZR buttons as needed. Since you can have up to five sets, you can always have exactly what you need on you. 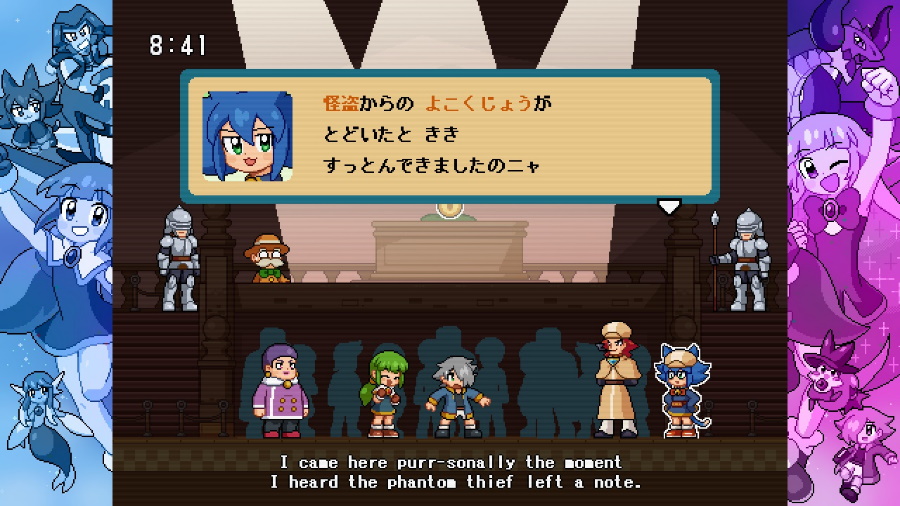 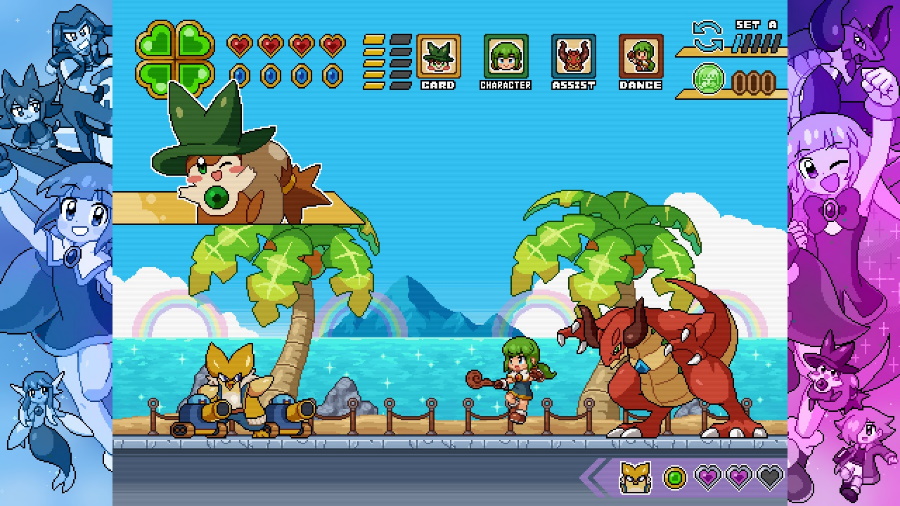 This release offers some extra content on top of everything else. You can visit a shop to purchase new dances for Treffy as well as other stuff that will unlock as you collect a bunch of coins and complete each stage. Just be sure to write down each episode’s password so that you can unlock everything at the shop! You can also visit the Library Mode to learn more about all characters and monsters, as well as check out an artwork gallery and review the cards you’ve collected. There’s also the Music Mode, where you can listen to the songs you’ve unlocked by playing through the game. There’s even a mini-game section that includes a rhythm-based mini-game as well as a card gacha mini-game. If you get some powerful cards, you can equip them to your sets and boost Teffy’s stats! 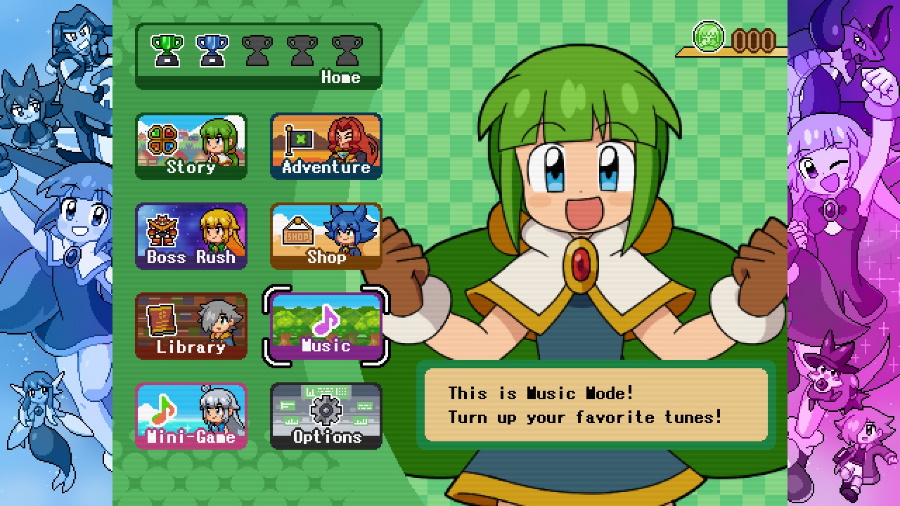 I greatly enjoyed my time with Kokoro Clover Season 1. Its colorful and charming presentation, the way how each level is shown as if it was a TV episode – clock on the upper left corner included – in a 4:3 aspect ratio, the story, the music, it all clicked with me right away. The animated intro, 15-second commercial video, and ending cutscene for each level really help to make this one feel like an old-school cartoon adjacent experience, which separates it from other 2D platformers on the console. Kokoro Clover Season 1 is out on Nintendo Switch with an $18.99 asking price. 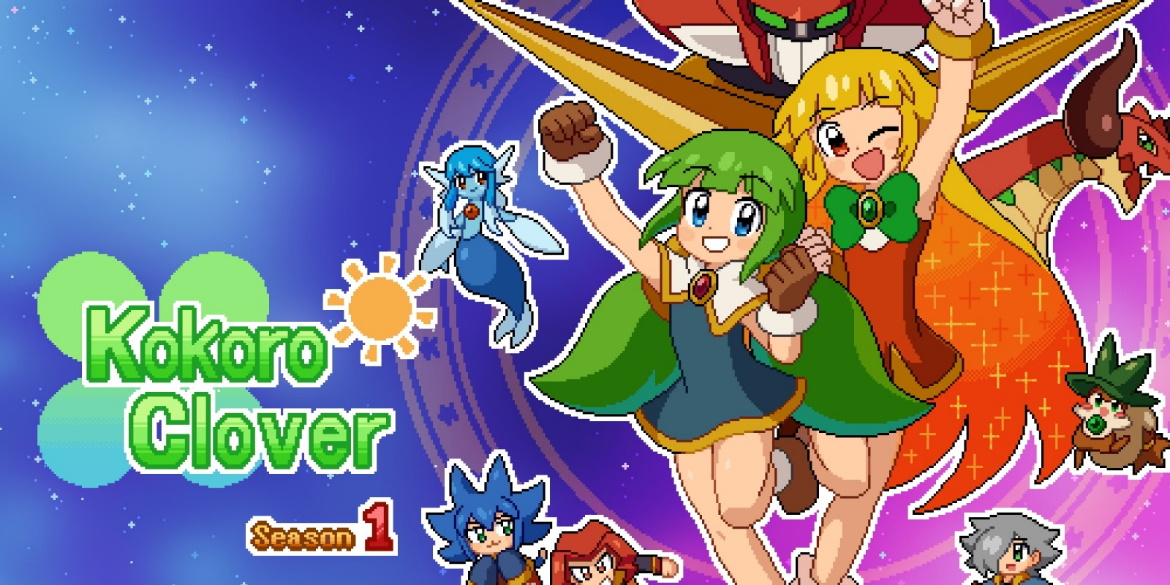 Disclaimer
This Kokoro Clover Season 1 review is based on a Nintendo Switch copy provided by Phoenixx.

Circus Electrique Out Next Week