Multiplayer game DRAGON BALL: THE BREAKERS just had a closed beta network test, so if you’d like to learn more about it, now’s the time!


DRAGON BALL: THE BREAKERS is a multiplayer 1 vs. 7 game in which seven ordinary civilians, known as Survivors, must escape from the Raider, a powerful villain from the Dragon ball universe. For the closed beta network test ahead of the game’s launch on PlayStation 4 and Nintendo Switch on October 14, the included Raiders are Cell and Frieza. The game is set in the same universe as DRAGON BALL XENOVERSE, and once it releases, you’ll be able to link your save from DRAGON BALL XENOVERSE 2.

After being woken up by Trunks, you’ll be asked to relax a bit and remember as much as you can about yourself, which is the game’s way of letting you know it’s time to customize your avatar. Once you’ve selected a body type, you’ll be able to select your Survivor’s name, voice, height, build, and skin color. The next step is selecting a hairstyle and color, eyes and eye color, and if they should have pupils and highlights. Select your character’s nose, ears, and mouth, and you’ll be ready to go! You were walking around town minding your own business when you were sucked into some sort of portal. This has sent you into a temporal seam, from which you’re going to have to escape. The issue is that there’s a Raider roaming the area, and you’re certainly not a match for it! 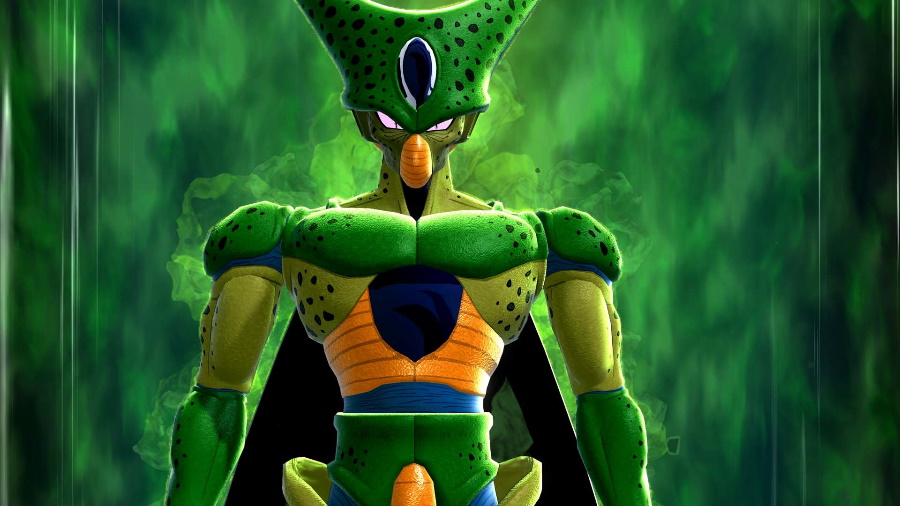 You’ll move around with the left analog stick, control the camera with the right one, jump with the X button, and dodge with the Circle button. Attacks are mapped to the Square button, and you can interact with the Triangle button. During some scenarios, you’ll be able to vanish for a bit by pressing the left analog stick and the Circle button when facing a nearby enemy. Press in on the right analog stick to sneak around and hide. You’ll eventually even be able to fly around like Dragon Ball characters tend to do!

Speaking of that, you’ll also gain access to mighty super attacks, which can be unleashed by pressing the L1 and R1 buttons. You can do this by borrowing power from Super Warriors by collecting Change Power to increase your Dragon Chang level, which allows you to perform a Dragon Change to channel the power of famous Super Warriors from the Dragon ball series. You can use this window of opportunity to deal damage to the Raider… as long as your Dragon Change level matches the Raider’s evolution level!


Since, as a Survivor, you need to work together with others, you should send a signal to them when you find something useful. To do so, press and hold down the L1 button to open the signal menu so that you can release a signal on a nearby object. To pick up items, rescue fallen teammates, and interact with objects, just move closer to them and follow the on-screen command. If there’s a dotted circle around the button, that means you must press and hold down the button, which will make a charge gauge pop up. Hold down the button until the charge gauge is full!

You’ll either play as one of the seven Survivors or will take on the role of mighty Raider. The Raider must defeat all Survivors, and, as their name suggests, the Survivors must do whatever it takes to survive in order to activate the Super Time Machine to escape from the temporal seam. For Survivors, the game’s phases are the Search, Defense, and Escape phases. In the Search phase, you must find power keys for the Super Time Machine and must place them where they’re needed. The Defense phase has you defending the Super Time Machine startup system, as well as allowing you to continue interacting with it to speed up the process. The Escape phase is self-explanatory since you need to escape from the time seam before it’s too late! 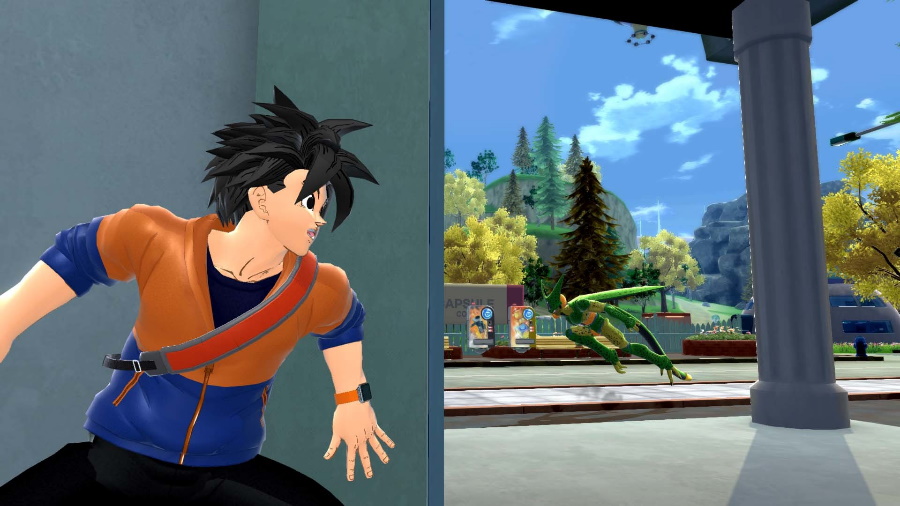 If you’re a Raider, just focus on defeating Survivors, increasing the evolution gauge to evolve, and destroying the Super Time Machine startup system. Defeat Survivors and civilians and destroy everything on your path to fill up the evolution gauge. You must also pay attention to the passive skills of each Raider since they each have different ways to fill up the evolution gauge at a faster pace. Remember that even after you defeat a Survivor by reducing their HP to zero, they can still be revived by teammates, so you’ll need to deliver a finishing blow. As you evolve, you’ll also be able to unleash a powerful attack to destroy an optional area on the field, which removes one area for the Survivors to hide in or escape, thus making it easier to hunt them down.

There are many items for you to collect during your time with DRAGON BALL: THE BREAKERS. Some items are for Survivors, and some are for the Raider. There will be items that trigger right away as soon as you collect them, items that are stored in special slots, items that need to be used to activate their effects, and Zeni. You will find radars that can be used by pressing the R2 and Circle buttons, mighty Dragon Balls, rocket launchers, and more! Zeni can be used to purchase items at vending machines during battle. Radars can be for finding Dragon Balls, locating civilians, or for finding power keys. Picking up more than one type of radar will combine their functions into a single device.


Once a match is over, you can be rewarded with experience points, Super Warrior Spirits, or Zeni. The better your performance, the better the rewards you’ll receive. Experience points will allow you to level up your Survivor or Raider, with Raiders gaining access to skill points to boost their skills. You can also get TP Tokens which are used to purchase items from the shop to change your avatar’s look, going for either individual items or full costume sets. You can also get emotes or keychains, or custom voices.

Super Warrior Spirits can be used for training at the Hyperbolic Time Gym, where you can boost your super attacks and skills for survivors. Each form will have its own super attacks, which means you won’t be able to unlock super attacks for forms that you don’t have. Some super attacks are compatible with multiple forms, so they’ll be shared between them. When you boost a skill, a + will show up next to its name. When a skill reaches a +10, it can be equipped to any character regardless of transphere or character skin. 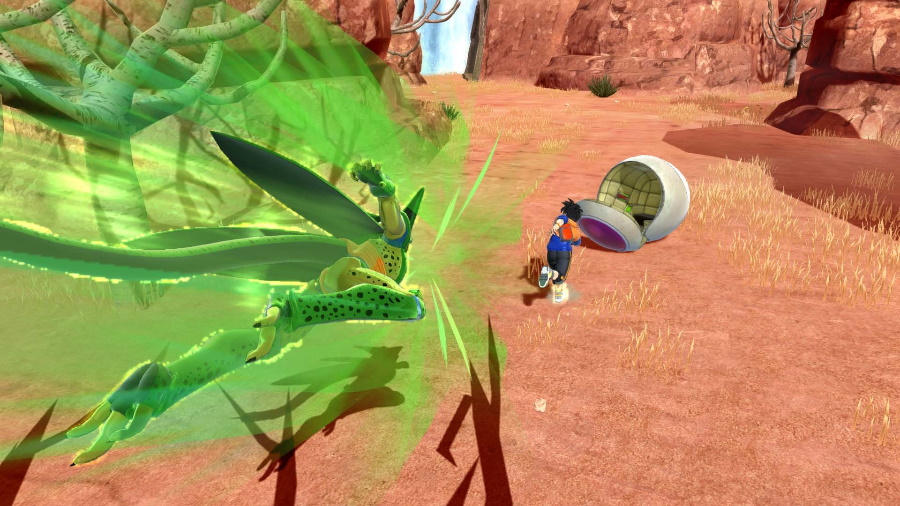 You can also spend Zeni, TP Tokens, and tickets can be spent at Spirit Siphons so that you can obtain new transpheres that house the spirits of Super Warriors. I took this for a spin and got a three-star and a four-star Piccolo, as well as a three-star and a four-star Yamcha. Speaking of Yamcha, his special ability is fake death. The Closed Beta also features some special tickets that guarantee some summons so that they can be taken for a spin – getting a five-star Vegeta is certainly not a bad thing! You can also check the distribution rates for each character so that you know what you’re getting yourself into. 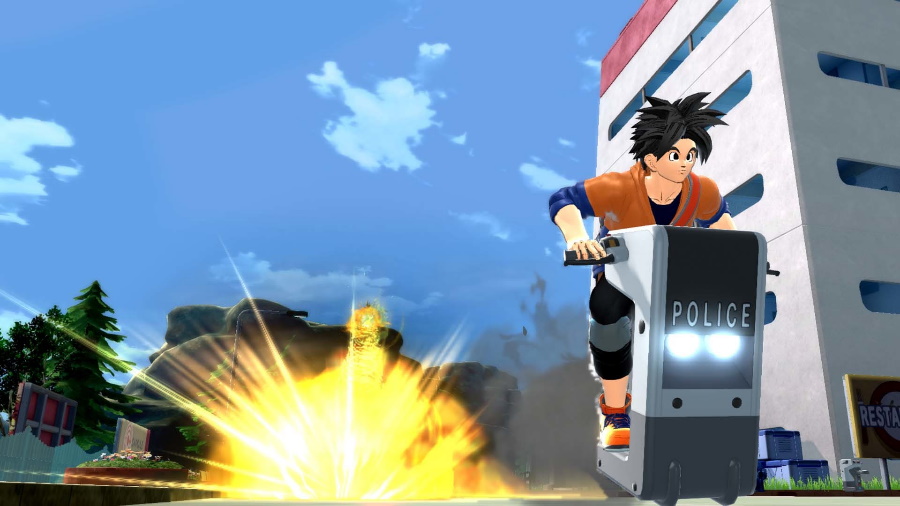 DRAGON BALL: THE BREAKERS will launch on October 14 on PlayStation and Nintendo Switch. You can currently pre-order the game’s standard edition for $19.99, or you can go for the DRAGON BALL: THE BREAKERS Special Edition, which retails for $29.99 and gives you access to the main game, as well as bonus items to customize your Survivor’s look – Souvenir Jacket (Midnight Black), Skinny Jeans (Black), Slip-On Shoes (Gray), Casual Watch (Black), Victory Pose “Two Handed-Good” and Vehicle Skin “Dragon (Yellow).”

Disclaimer
This DRAGON BALL: THE BREAKERS preview is based on a PlayStation 4 copy provided by Bandai Namco Entertainment America.