Matchpoint: Tennis Championships from Kalypso and Torus Games is ready to go on PlayStation 5. It’s a new digital take on the bellowed worldwide sport that will allow you to climb from the bottom to the top of the rankings with your own tennis player. The game also includes 16 real-life international tennis stars from the professional circuit, such as Amanda Anisimova, Garbiñe Muguraza, Nick Kyrgios, and Kei Nishikori. Matchpoint: Tennis Championships can be played in one of three difficulty settings: Amateur, Semi-Pro, and Professional.

Before you begin with the My Career Mode, the game will ask if you want to check out the tutorial. Since it teaches you all of the basics, you should definitely give it a go! In there, you’ll learn that you’ll need to position your player with the left analog stick, moving to intercept the ball. You’ll select your shot type by pressing the X, Circle, Square, and Triangle buttons as needed. The X button is for the flat shot, a straight and powerful shot. The Circle button is for a spin shot, which gives the ball a higher arc, making it slower and less likely to hit the net. The Square button is for a slice shot, which allows you to slow the pace of a rally to give you some extra time to position yourself for the next shot.


Press and hold down the R2 button and press the Square button for a drop shot. This will allow you to surprise your opponent, forcing them to come closer to the net in a rush. Press the Triangle button, and you’ll perform a lob shot. A lob shot is useful when your opponent is very close to the net and you, well, want to lob the ball past them. After selecting your shot type, you’ll use the left analog stick to aim. If you press and hold any of the shot buttons, you can increase the amount of power applied to it. You can also tap the button to make s hot with lower power. If you’re close to the net, you can volley the ball back before it hits the court. The R1 button can be used for a volley modifier. 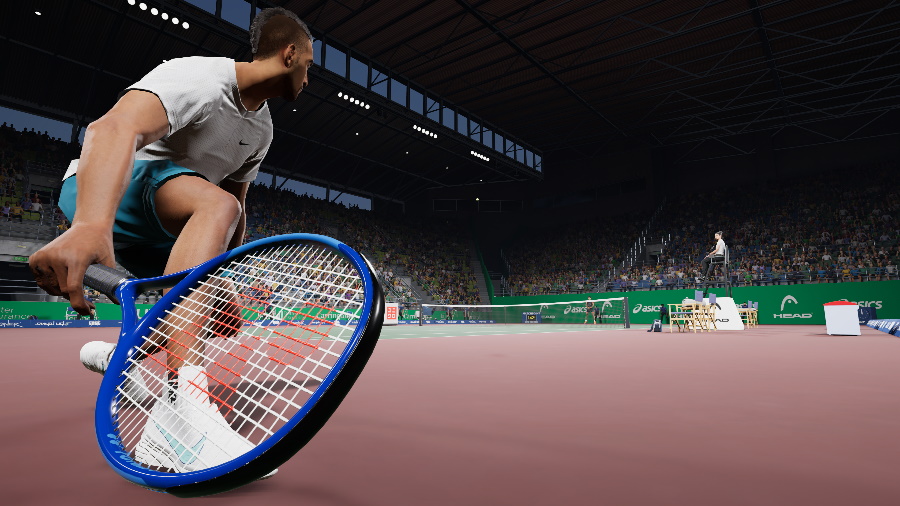 Serving is also an important part of tennis. You’ll need to perfect your timing to get the most powerful and accurate serve possible to take the advantage. As is the case for regular shots, each of the buttons will perform a different type of serve. That means you’ll get a flat serve with the X button, a kick serve with the Circle button, a slice serve with the Square button, and an underarm serve with the Triangle button, which is a less powerful serve that can be used to trick your opponent when they’re expecting a more powerful serve. Once you’ve committed to a serve, you can aim where you want your shot to land by using the left analog stick. 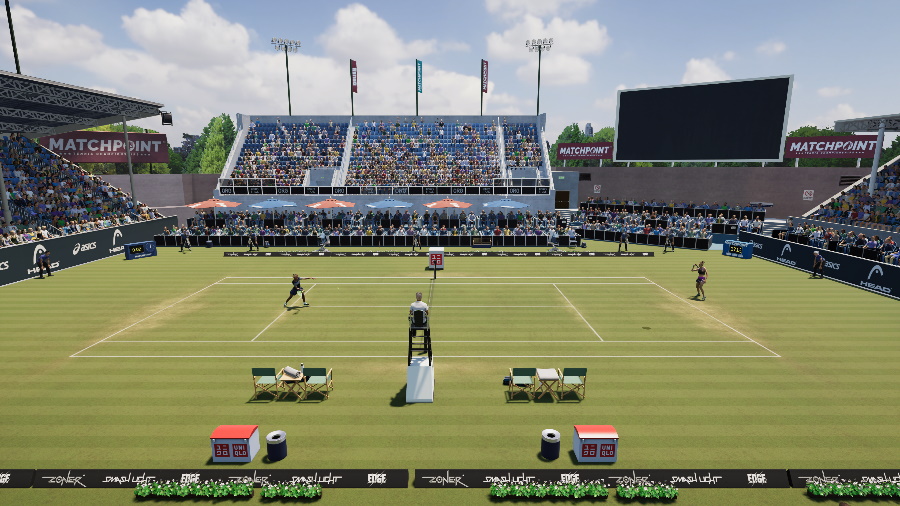 Your first match in the My Career Mode will allow you to earn a spot in the MPT rankings on your path toward becoming #1 in the world. You’ll then have to take on different events as you equip rackets and hire coaches to improve your abilities and skills. You can change your player’s appearance as well. As for the rackets, you’ll be able to purchase new ones – and new shoes! – as you progress through the game. A coach will guide your growth as you focus on different areas to improve things such as your serve or your volley. Increase your MPT rank, and you’ll gain access to new coaches.


As you play against each of your opponents, you’ll get to discover their strengths and weaknesses. You might, for example, discover that one opponent gets angrier and clumsier with every ace serve that you get and that her backhand is not as good. But then you’ll learn that she gets better during a matchpoint moment or that she is great at being the underdog and will play stronger when having to come back from behind in a set. There are many combinations to discover, and learning what they are will help you win each match. 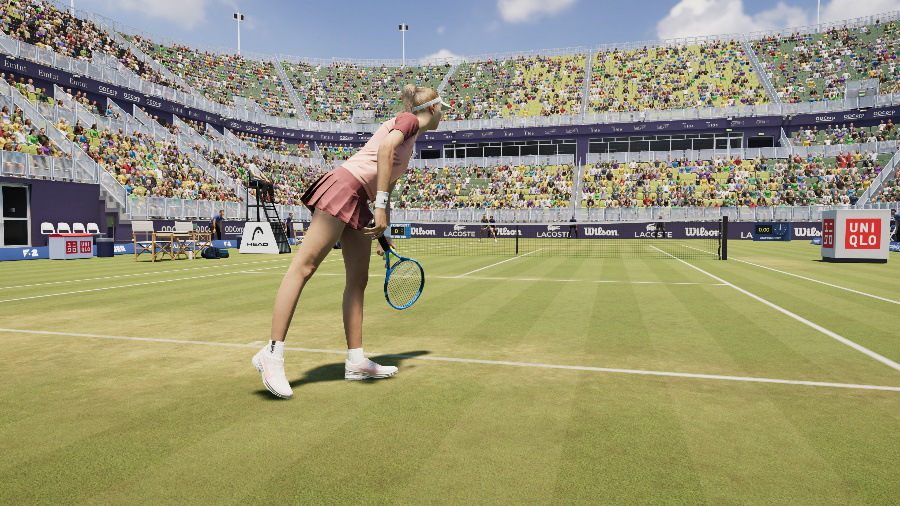 While the models for the professional players that are part of Matchpoint: Tennis Championships look great, the models for all the other random players, as well as for the characters you can create for the My Career Mode feel a bit… off. And, as expected for a sports game, the character models for the spectators are of a lower polygon count, and the crowd usually features a lot of twins – sometimes next to each other! But the courts do look and feel great, and the controls work wonderfully.

The game includes a full trophy list with a Platinum trophy. The list includes 7 Bronze trophies, 7 Silver trophies, and 8 Gold trophies. As expected, there’s one trophy for completing the game’s tutorial. After that, you’ll have to win a match in Career Mode, learn all strengths and weaknesses of your opponent, win a match with 90% or higher 1st serve %, max out all of your character’s attributes, win a set from 5 games down, climb up the rankings until you finally make it to #1, and land 100 aces, to name some examples. 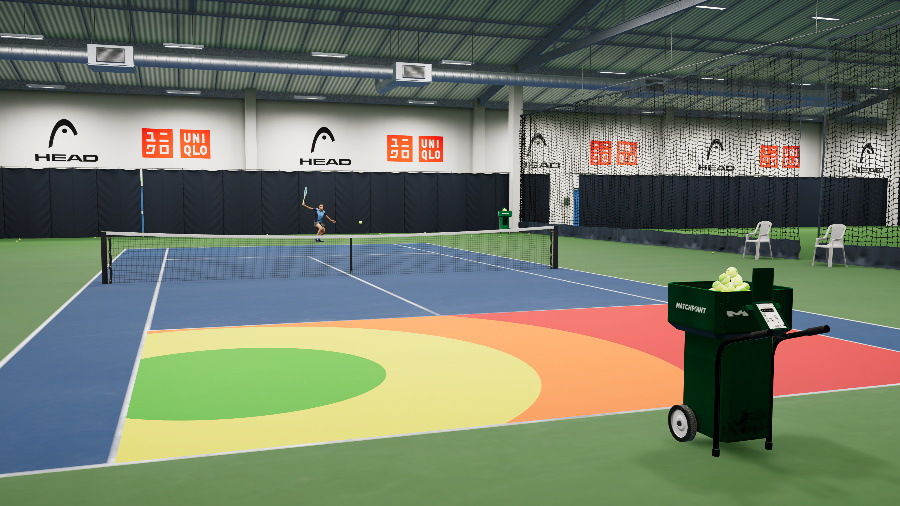 Matchpoint: Tennis Championships is a fun digital take on the beloved sport that brings 16 real-life international tennis stars from the professional circuit to PlayStation 5. With a beefy My Career Mode in which you’ll improve your character as you take on a ton of training sessions between exhibition matches and tournaments, there’s a lot to do in this one. And if you’re still on the fence, you can give the Matchpoint: Tennis Championships demo a go. The game is out today at a $49.99 price, or you could get the bundle for the game and the Legends DLC, which adds Tim Henman and Tommy Haas to the game. 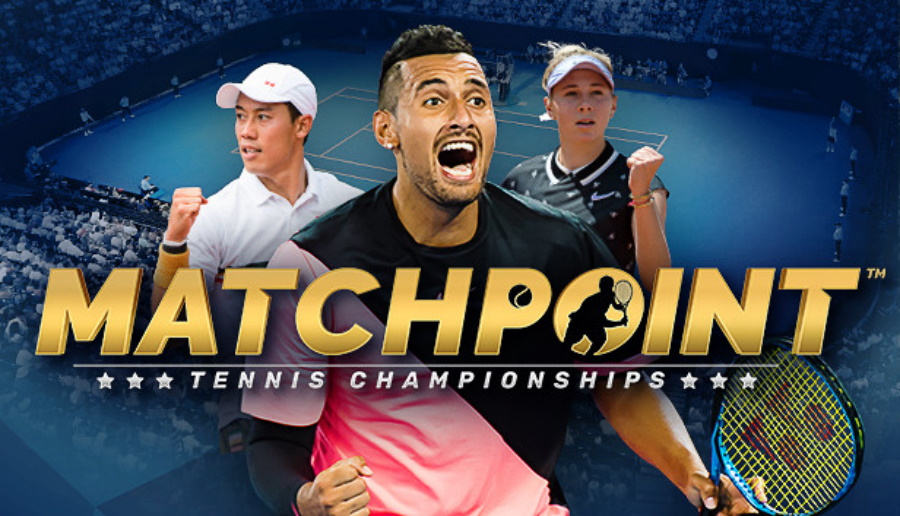 Disclaimer
This Matchpoint: Tennis Championships review is based on a PlayStation 5 copy provided by Kalypso Media.

Made in Abyss: Binary Star Falling into Darkness – New Trailer