This is a double review for Sixty Words by POWGI. Ceidz and EdEN played the game, and this review presents what they both had to say.

It’s a much-requested (and slightly larger) follow-up to 2019’s Fifty Words by POWGI. This is a unique type of word search puzzle: there’s no grid, no wrong letters and no list of words to find. Each puzzle just contains 60 intertwined words, connected by a theme.

I’m a huge fan of the POWGI word search games, so I was excited to try out this new release, which is a follow-up to Fifty Words by POWGI, a game we reviewed back in 2019. To give you a quick rundown of how this word search puzzle game works, there are letters on the screen, and you must find the words hidden on each one of the screens. In this game, each screen contains 60 words within a certain theme, and every letter will eventually be used. There is no timer, so you solve each puzzle at your own pace.

Having played Fifty Words by POWGI back when it was released, it’s easy to draw parallels between the two games since they are so similar. The presentation is nearly identical between the two, and that is also the case for the soundtrack, although I do think there are one or two new musical themes. Dark Mode is back and enabling it was one of the first things I did as soon as the game booted up. This is a relaxing experience, and I loved discovering the words in the puzzles. Even if the puzzles went from 50 to 60 words, they felt longer to solve than only a 20% increase. 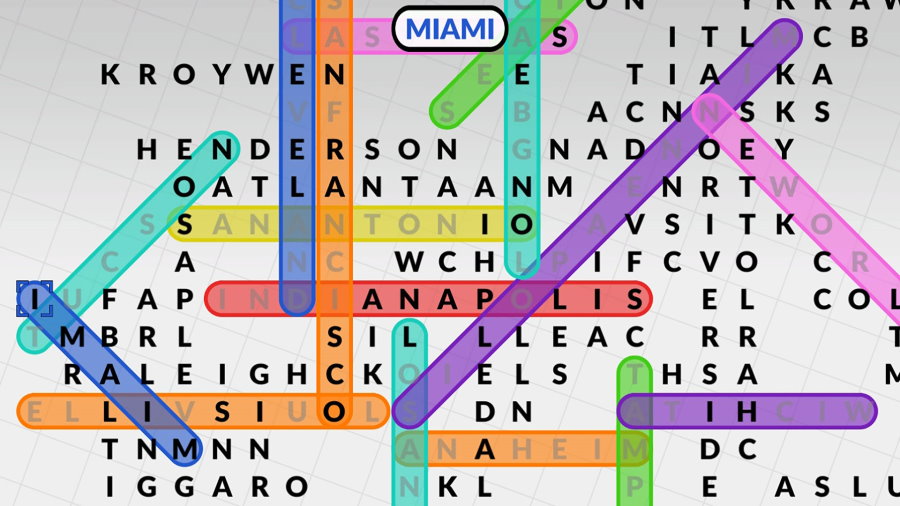 If I had an issue with this release, it is that the controls were not to my taste. In previous POWGI games, you could move the point of view with the left analog stick, but the default point for scrolling has changed in this release. By default, pressing up on the analog stick will scroll down. There is an option to set the controls back by removing this flip, but while it does revert the vertical axis to something I thought was more comfortable, it strangely also inverted the horizontal axis – so pressing left changes the viewport to the right, which felt unnatural. I would have preferred if removing the inverted controls would revert to the controls of the Fifty Words, which just work.

As with every POWGI release, Sixty Words by POWGI has a very accessible trophy list, and thanks to the game being Cross-Buy between the PlayStation 4 and the PlayStation 5 versions, you can add two Platinum trophies to your collection with relative ease. The trophies themselves are similar to Fifty Words by POWGI, and you’ll need to find some specific words in a few of the puzzles, complete 5 mandatory puzzles, do a puzzle within 5 minutes, and do some miscellaneous things like playing with the color scheme. All in all, if you’re following a guide to know which is the fastest route, you could score a new Platinum within an hour or so.

I liked playing Sixty Words by POWGI since it took the fun gameplay of Fifty Words and enhanced it. I had an issue with the control scheme, but it’s not something that should prevent you from playing this game and obtaining two new Platinum trophies with your purchase.

It’s time for a new word game from Lightwood Games! The aptly titled Sixty Words by POWGI is a follow-up to Fifty Words by POWGI. If the name didn’t clue you in on things, this one expands on what the previous game did by bumping up the number of words you need to find in each puzzle by an extra ten words.

The controls are simple and to the point, since you’ll be controlling a cursor on the screen with the left analog stick or the D-Pad, pressing the X button to highlight a letter, and then end up highlighting a word to cross it out from the playing area. Some letters will be used by more than one word, and once you’re done, all letters on the level will have been used. Move the camera around with the right analog stick to find new words… and that’s about it! 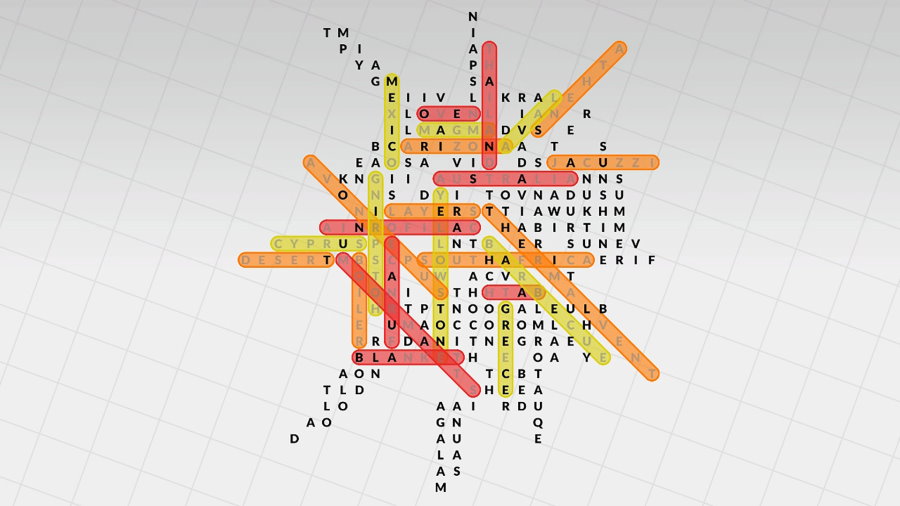 The game has a full trophy list to work on, split into 5 Bronze trophies, 22 Silver trophies, and 3 gold trophies. A handful of them are tied to completing specific puzzles, while the rest will pop when you highlight a word backwards, complete a puzzle by only highlighting words backwards, finding all diagonal words first, solving a puzzle in less than five minutes, completing a puzzle without looking at the word list, or completing a puzzle using 10 different colors. And if you want to speed things up, there’s always the option of checking out this Sixty Words by POWGI Trophy Guide. 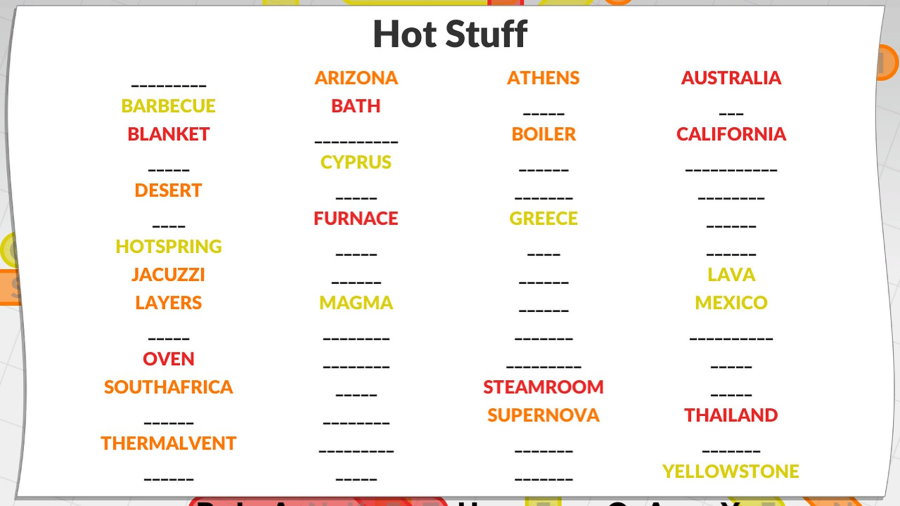 Fifty Words by POWGI was a fun word puzzle experience, and Sixty Words by POWGI expands on what its predecessor did by adding more words to find in each of the many levels that the game has to offer. With a Platinum trophy to add to your collection and as a Cross-Buy title that grants you access to the PlayStation 4 and PlayStation 5 versions, this is an easy one to recommend, given its $7.99 asking price. 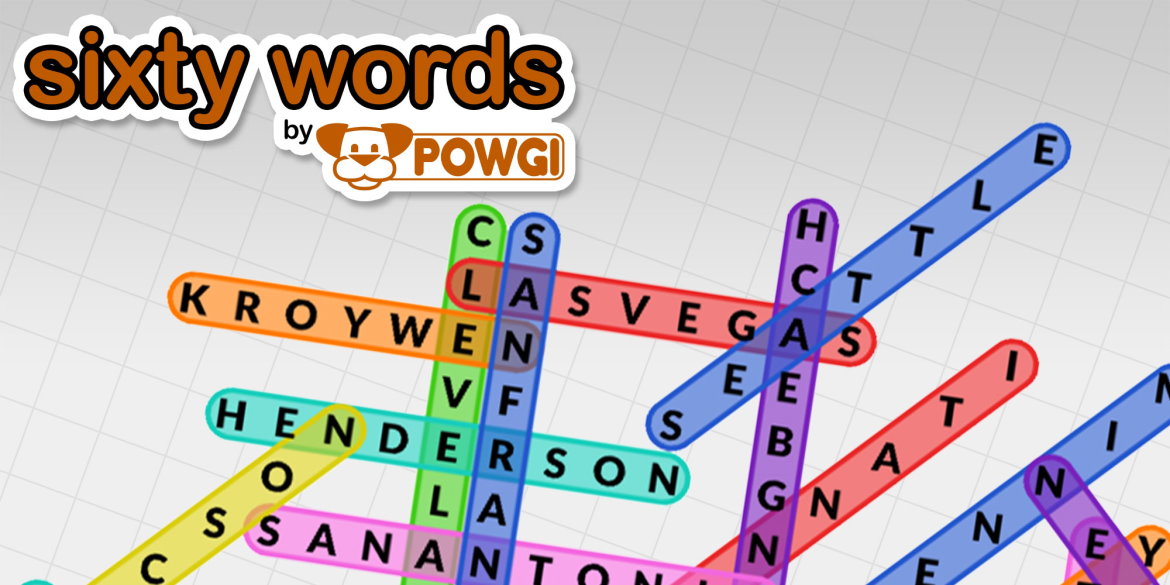 Disclaimer
This Sixty Words by POWGI review is based on PlayStation copies provided by Lightwood Games.