When accused of a crime you didn’t commit, would you take on the challenge of proving your innocence? Yurukill Land is a theme park shrouded in mystery and filled with heinous trials for you to overcome if you value your life. Get a glimpse of the park’s attractions and meet the others who are desperately fighting for their freedom. In the end, only one will survive.

In Yurukill: The Calumniation Games from Izanagi Games and NIS America, you’ve been gathered with a few other people in a strange and creepy theme park, and you realize that you have a point in common with a few of the other people: you all been falsely accused of a crime you didn’t commit. You’re offered a chance to clear your name, but at which price?

You’ll begin your game with Sengoku, who has been taken prisoner for having set a whole apartment complex on fire, killing most of the residents in the process. Binko, a mysteriously fox-masked girl, will be your host and tell you how you could seek freedom by clearing the theme park trials. Each of the participants is separated into teams containing prisoners and executioners. Prisoners are the people who committed crimes (but are claiming their innocence), and executioners have special roles that could end the prisoner’s lives. As you can imagine, there’s tension in each team, and the story builds on this tension. The first hour serves as the introduction to the characters and the main theme of the story. I liked how each of the game’s characters is introduced to you with a short cutscene explaining their background, which made me care for each one of them. 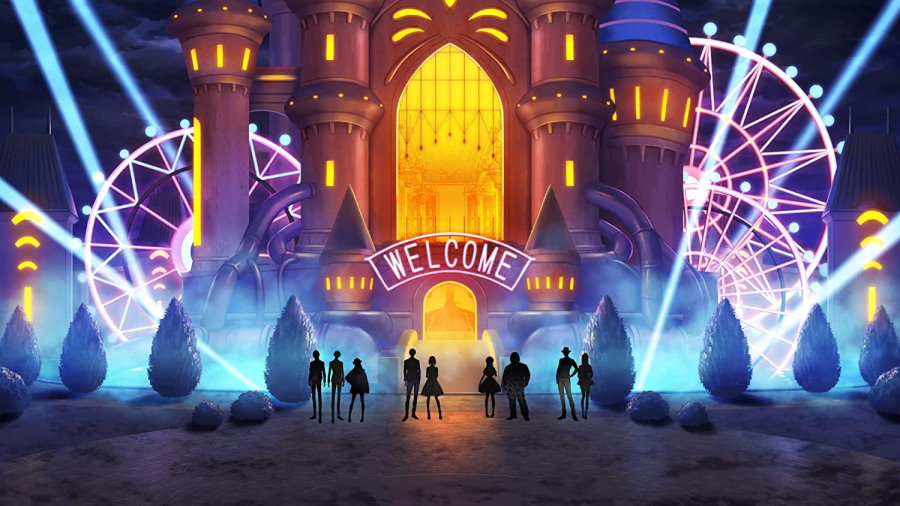 The main gameplay phase will take you into different locations, each visited with a specific team – and said locations will look familiar to them. You’ll progress room by room in a visual novel and simplified point-and-click game mode as you’ll have to find elements to progress in the story. Speaking of the story, this game is very story-heavy and was written by Homura Kawamoto (who also wrote Kakegurui: Compulsive Gambler), so do expect to see a lot of text go by, and your understanding of the characters will deepen. Some sequences are dark and creepy, but none are scary. Some sequences reminded me of Danganronpa and, surprisingly, the TV show Squid Game. Since a good part of the fun is going through the story, I won’t spoil the experience for you.

At the end of each chapter and as the tension hits its breaking point within the team you’re following, you’ll be drawn into the Judgement phase that completely changes the gameplay from a visual novel to an intense 3D shoot ’em up. In those phases, you’ll be up against your executioner and will have to fight your way through a few levels. Between each one of them, you’ll have to find arguments to manage to explain to your executioner that you aren’t the culprit of what you’ve been convicted of, similar to an Ace Attorney game. You have to build up evidence using the clues found in the previous rooms. 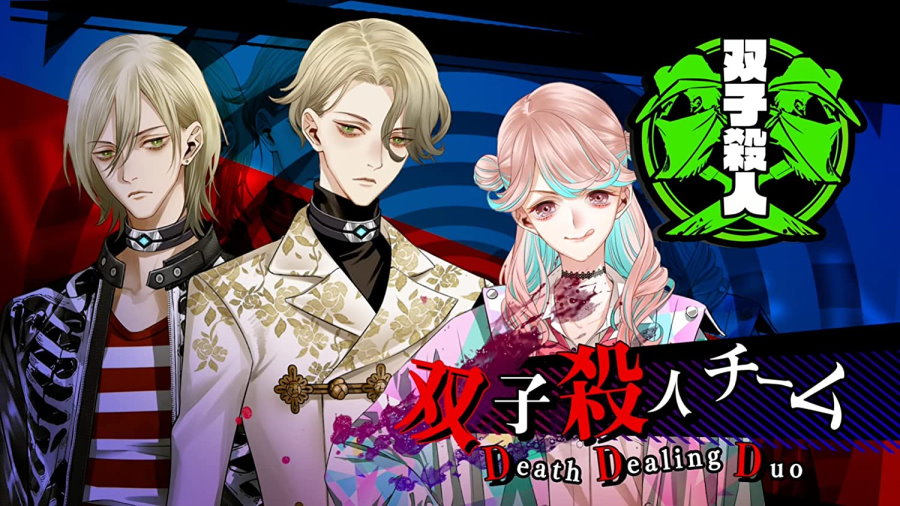 Those judgment sequences are gorgeous to look at in full 3D, but I did think that they somewhat clashed with the overall tone of the game. Yurukill: The Calumniation Games has a stylish look reminiscent of how unique each release in the Persona series is, and each Judgment sequence is incredibly long, lasting – what I thought – was one too many sub-stages. They are also challenging even at the normal difficulty, but the difficulty can be lowered as needed.

Being a visual novel at its base, you can expect to read a lot of text in this game. The dialogue segments are stylish and feel unique, which was great. There are a few cutscenes that have cinema grain effects that add to the mystery surrounding the theme park island. The musical themes were mostly catchy, and I particularly enjoyed Yurukill’s theme song. The text is in English, and the voices are in the original Japanese. Yurukill is Cross-Buy between the PlayStation 4 and the PlayStation 5, and I played the PlayStation 5 version for this review. Generally, the experience was pretty good, and I did notice some loading from time to time that would last for a few seconds. 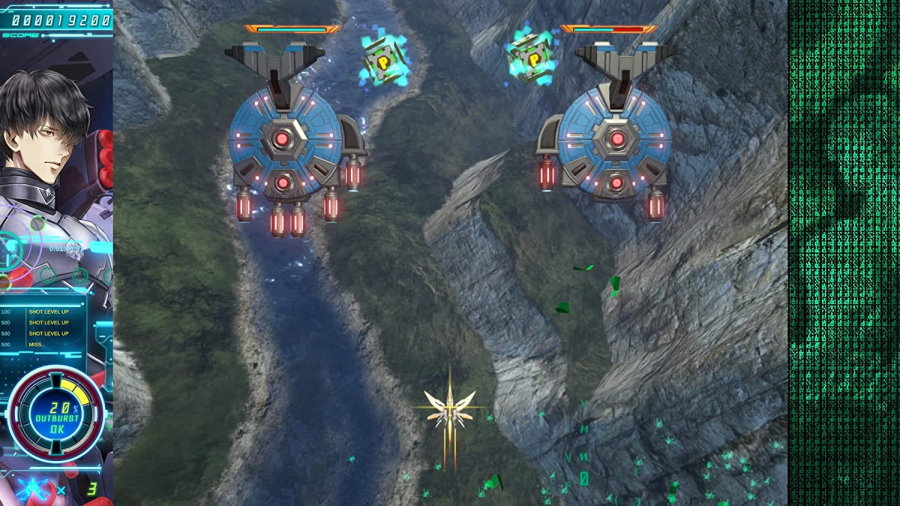 Yurikill: The Calumniation Games has a full trophy list composed of 21 trophies, split into 6 Bronze trophies, 7 Silver trophies, and 8 Gold trophies. A few of the trophies are tied to progressing through the chapters, with some awarded for defending yourself flawlessly in the judgment sequences and others for doing a time attack in the shoot ’em up sequences. The good news is that you’re in for a great time as you trophy hunt for that Platinum! Disclaimer
This Yurukill: The Calumniation Games review is based on a PlayStation copy provided by NIS America.

DC League of Super-Pets: The Adventures of Krypto and Ace Out This Month