Parasite Pack from Ratalaika Games and Lowtek Games Studio is a dual-pack of 2D retro-style experiences on PS. Learn more in our Parasite Pack review!


Parasite Pack from Ratalaika Games and Lowtek Games Studio is a dual-pack of 2D retro-style experiences on PS. You’re going to get the indie studio’s Flea, as well as Tapeworm Disco Puzzle. And since this dual-pack release is Cross-Buy, that means you’ll get both the PlayStation 4 and the PlayStation 5 versions, each one with its own full trophy list with a Platinum trophy waiting to be added to your collection – more on the Parasite Pack trophies in a bit. With two games to play with dozens of levels, there’s a lot to take on in this one. 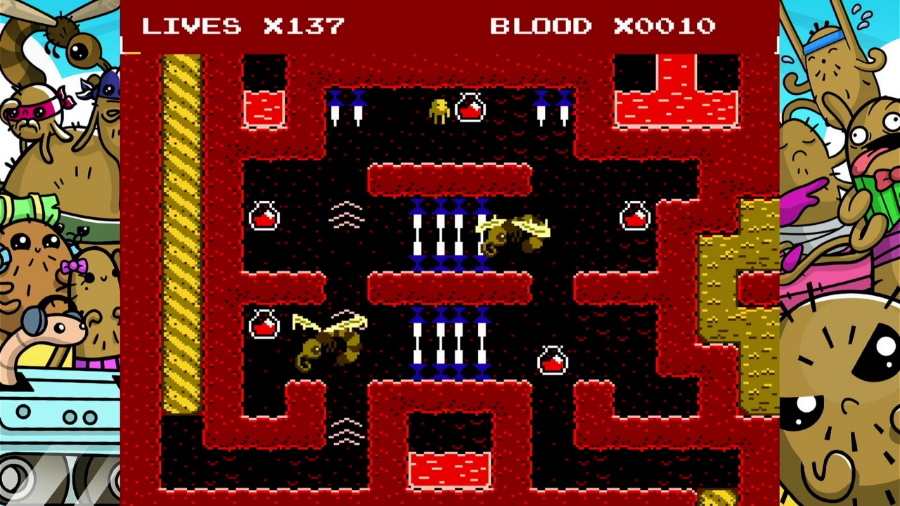 Flea is a 2D platformer in which you’ll take control of Henry, a hyperactive flea who can’t stop jumping! Because of this, you’ll move Henry with the left analog stick or the D-Pad as it automatically bounces around the screen. You can interact with characters with the Square button, which is also used to boost. The X button can be used to modify your jump to lower its height so that you can avoid enemies and hazards. If you make a mistake, press the L1 button to rewind.

Your objective will be simple: to collect a ton of blood to help the community. To aid you on your quest, the blood you collect can be traded in for extra lives so that you can make it to the end of your journey and beat all the bosses! You’ll have to deal with acid that can destroy you, some very sharp spikes that defeat you in a single hit, platforms that crumble as soon as you step on them, sneaky worms out to get you, giant mosquitoes, and more! You’re going to die in this one a lot, but as long as you learn from your mistakes, you’ll be able to see the credits roll. 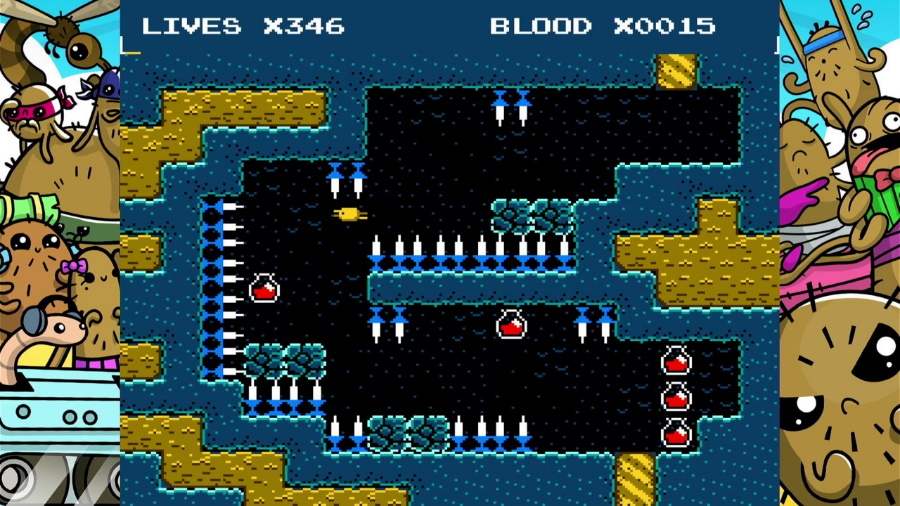 As for the second game in the collection, Tapeworm Disco Puzzle, you’ll be controlling a tapeworm who must collect notes, avoid enemies, help flees collect blood vials, and help the lovely Fleada to get to the gig on time. You’ll control a tapeworm at the bottom of the screen, which you can stretch for a set number of spaces in each level by moving the left analog stick or the D-Pad. By pressing the Square button, you will change the hole from which the tapeworm will crawl out. Collect cassette tapes to extend the number of spaces your tapeworm can stretch through, and you’re set! 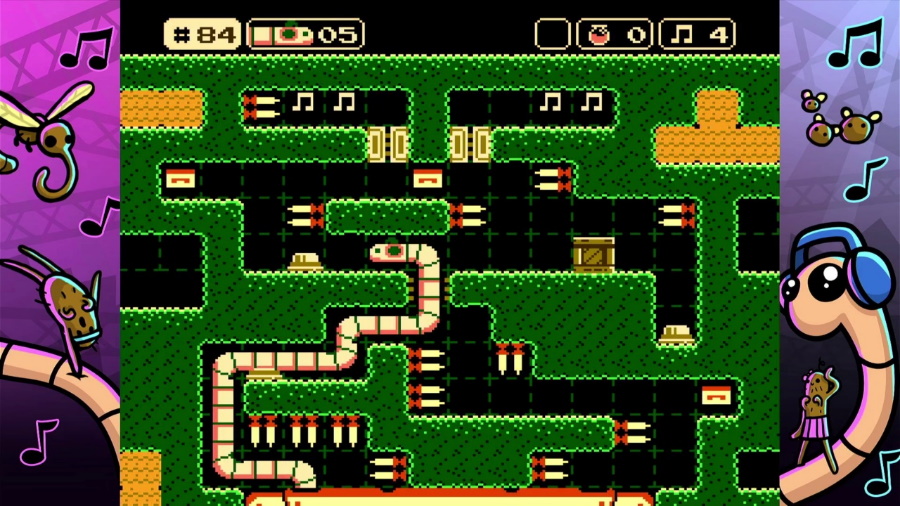 New elements are introduced around every 20 levels or so to keep things feeling fresh. You’ll use what you’ve learned in previous levels to be able to avoid the enemies that can defeat you in a single hit – enemies that are shared with Flea. You might be getting comfortable with how levels are presented and how gameplay mechanics are used as you solve puzzles and collect all notes, help fleas collect blood, or help Fleada get to the door… and then you’ll have to deal with ice blocks that make your worm slide non-stop, which could end up sending you dashing towards some deadly spikes!


And now, the trophies. This Cross-Buy title has a short trophy list with 2 Silver trophies and 11 Gold trophies. To unlock that shiny Platinum, you’ll have to play Flea and Tapeworm Disco Puzzle from start to finish. Why? Because the trophies will pop as you complete the boss stages for Flea and Tapeworm Disco Puzzle. For Flea, most of said boss levels are going to be of the autoscrolling variety. For Tapeworm Disco Puzzle, during boss stages, the tapeworm will come out of the structure at the bottom and will move around each area without stopping. Hit an obstacle or an enemy, and you’ll have to start again! 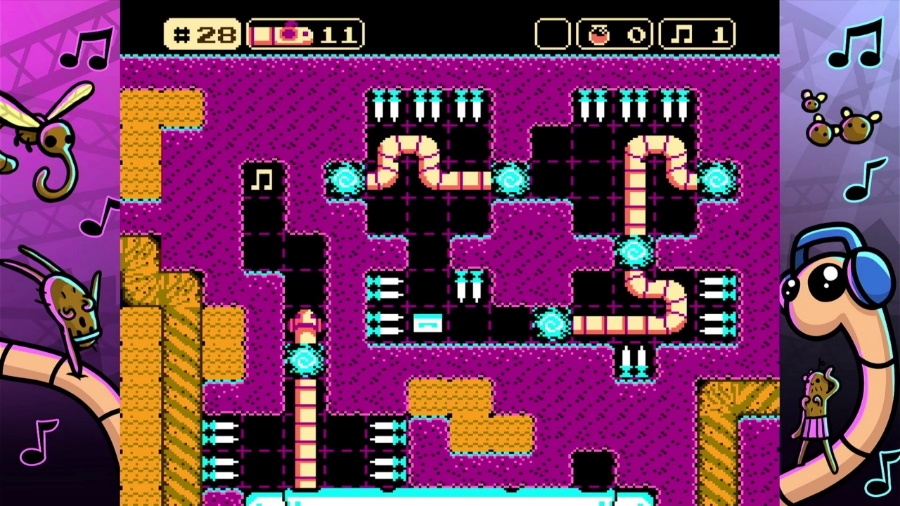 Parasite Pack is a fun dual-pack with a pair of 2D games that offer dozens of stages to complete, along with some boss stages that dial up the difficulty. This collection has a Platinum trophy for you to work on, and since it’s a Cross-Buy release, your $7.99 purchase will give you access to both the PlayStation 4 and the PlayStation 5 versions of the collection, and each one has its own trophy list. 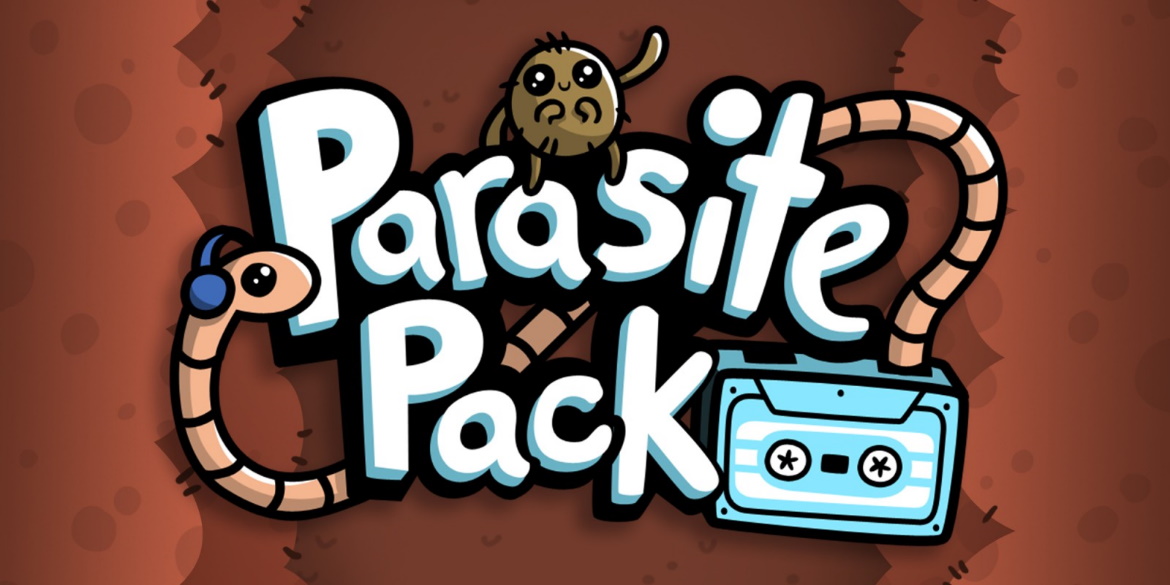 Disclaimer
This Parasite Pack review is based on a PlayStation 5 copy provided by Ratalaika Games.