Krut: The Mythic Wings from Blowfish Studios, Pixel Perfex, and RSU Horizon is an action-packed sidescrolling hack and slash on PlayStation. The game is based on the animated Thai film Krut: The Himmaphan Warrior. You’ll be taking on the role of Veera, a noble Krut warrior who must do whatever it takes to stop the tyrannical warlord Zulla who wants to conquer all of Ayothaya. Balance must be brought back, so you’ll have to defeat the mighty elemental guardians to power up the Silver Wings that will help you save the land before it’s too late. 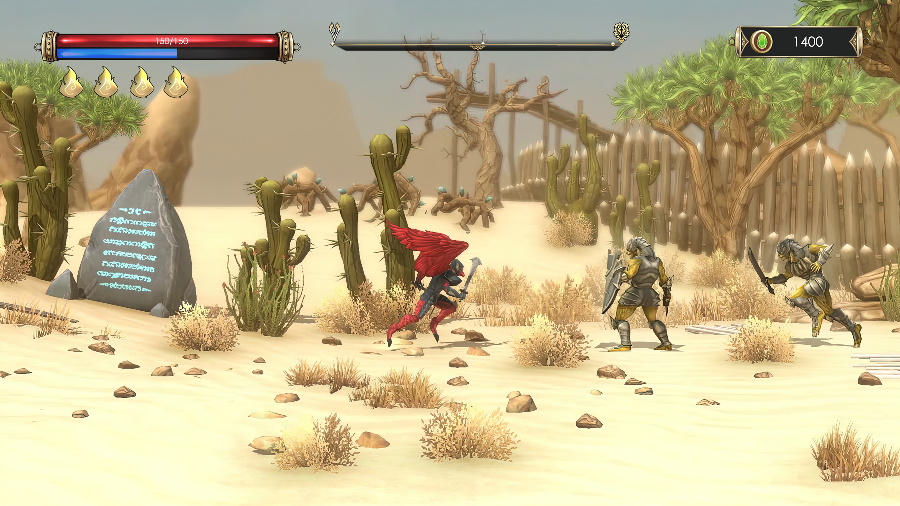 You can play through Krut: The Mythic Wings in one of three difficulty settings so that gamers of all skill levels can have a chance to enjoy the game. When playing on Easy, you’ll take on a lower challenge with enemies that are easier to defeat and that deal less damage to your character while also starting with more health and some extra lives. If you select Normal, you’ll get the standard Krut: The Mythic Wings experience. If you’re feeling emboldened, you might want to give Hard a go. When playing on the Hard difficulty setting, enemies are tougher, you have lower health points and fewer lives.


You’ll control Veera with the left analog stick or the D-Pad, jumping and double jumping with the X button and rolling and evading attacks by pressing the Circle button. Light attacks are mapped to the Square button, while heavy attacks are mapped to the Triangle button. You can press and hold down the Triangle button to unleash a charge attack. Press the Circle button while up in the air, and you’ll be able to dash. Once charged up, to use the Wing Power, just press and hold the L1 and R1 buttons at the same time. When flying, you’ll be able to attack as if you were in a shoot ’em up, so be sure to make the most of it! 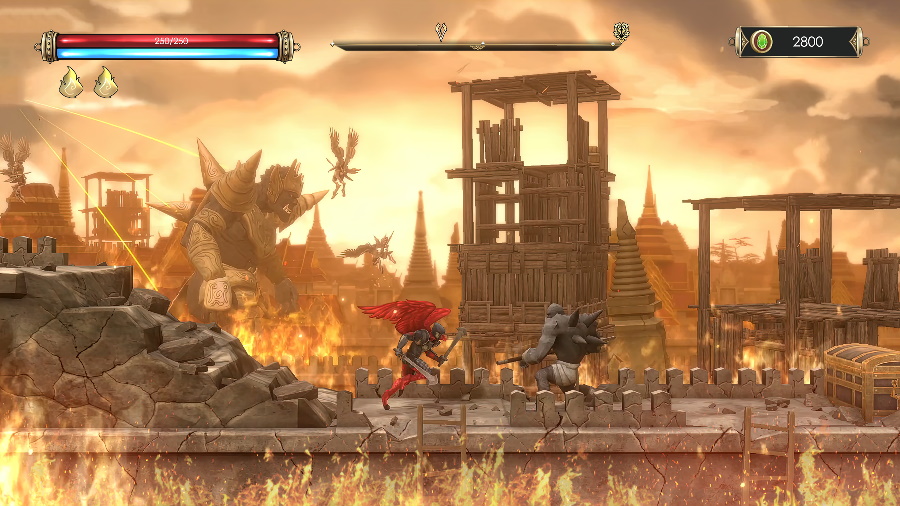 As you explore each area and defeat enemies, you’ll collect spirit orb pieces that can be exchanged at the checkpoints you unlock to boost Veera’s attack power, critical attack, defense, wing power, hit points, combos, and more. You can also spend some of said spirit orb pieces to recover and heal Veera’s wounds so that he can continue to fight. If you’re going for the Platinum trophy in the game, I also suggest that you purchase some extra lives just in case you make a mistake along the way. 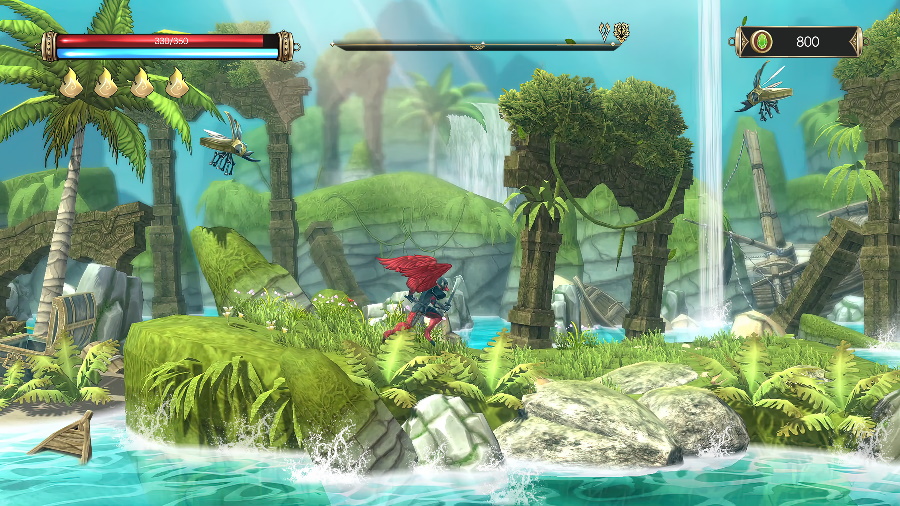 Speaking of trophies, Krut: The Mythic Wings includes a full trophy list with a Platinum trophy, and since it’s a Cross-Buy title, you’ll get access to both the PlayStation 4 and the PlayStation 5 versions of the game, and each one will have its own trophy list. The list includes a single Bronze trophy, 7 Silver trophies, and 9 Gold trophies. You’ll have to defeat 3 enemies, defeat the mini-bosses for stages 1 through 6, complete stages 1 through 6, complete the game on Easy, Normal, and Hard, and complete the game on Normal or Hard without using a continue. It’s not going to be an easy trophy hunting session, but it’s going to be a fun one! 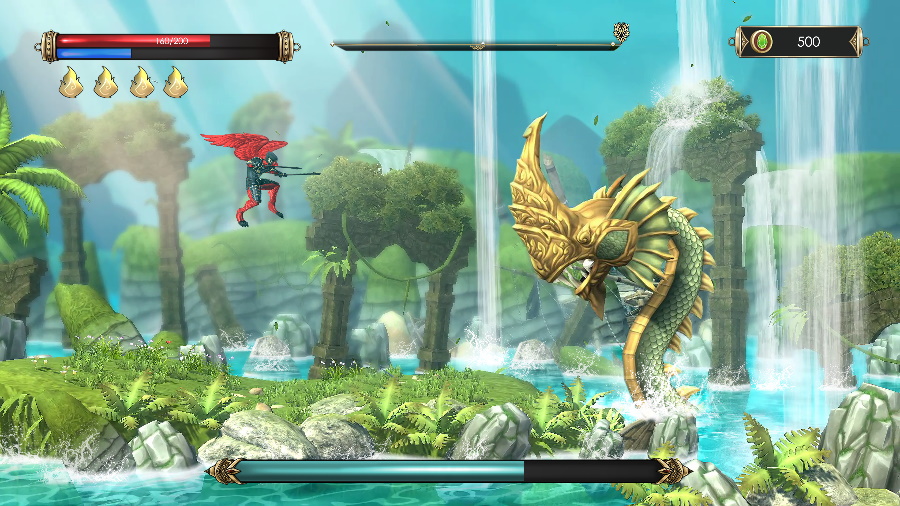 Krut: The Mythic Wings is a fun sidescrolling hack and slash on PlayStation. It doesn’t set out to reinvent the wheel, offering six stages of old-school infused action in which you’ll learn from your mistakes as you pay attention to the movement and attack patterns of the enemies, mini-bosses, and bosses you’ll have to defeat to save Ayothaya. Krut: The Mythic Wings is out tomorrow as a Cross-Buy title for a $9.99 price, giving you access to both the PlayStation 4 and PlayStation 5 versions of the game. 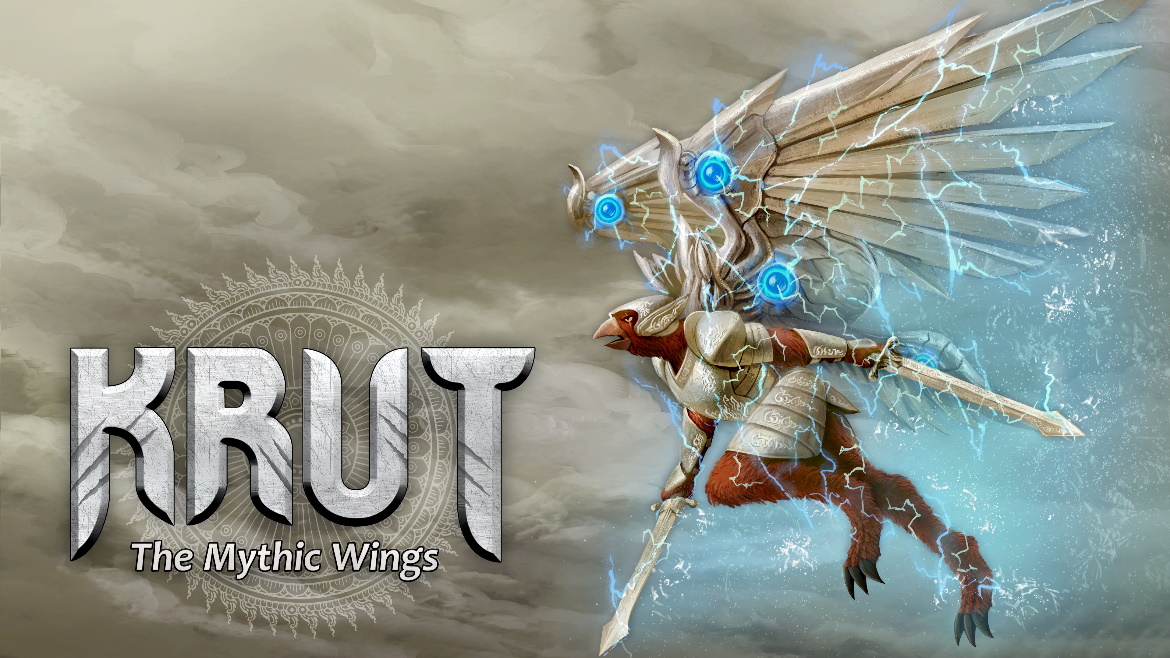 Fun sidescrolling hack and slash based on Thai mythology

Disclaimer
This Krut: The Mythic Wings review is based on a PlayStation 5 copy provided by Blowfish Studios.

Asterix & Obelix XXXL: The Ram From Hibernia On Its Way To Consoles