Industria from Thunderful and Bleakmill is a first-person game on PS5 that takes you from East Berlin into a parallel reality. Learn more in our Industria review!


Industria from Thunderful and Bleakmill is a first-person game on PS5 that takes you from East Berlin into a parallel reality. It’s November 9, 1989, in Berlin, Germany. The phone starts to ring. As Nora wakes up, she gets a call from Walter, who is at the office working. He says that the wall that separated East and West Germany has now been opened… and hangs up on you. Worried, you rush to the office to find out what is going on there. When you arrive, Walter is missing, so you decide to activate the ATLAS machine to follow him… to wherever he’s ended up. 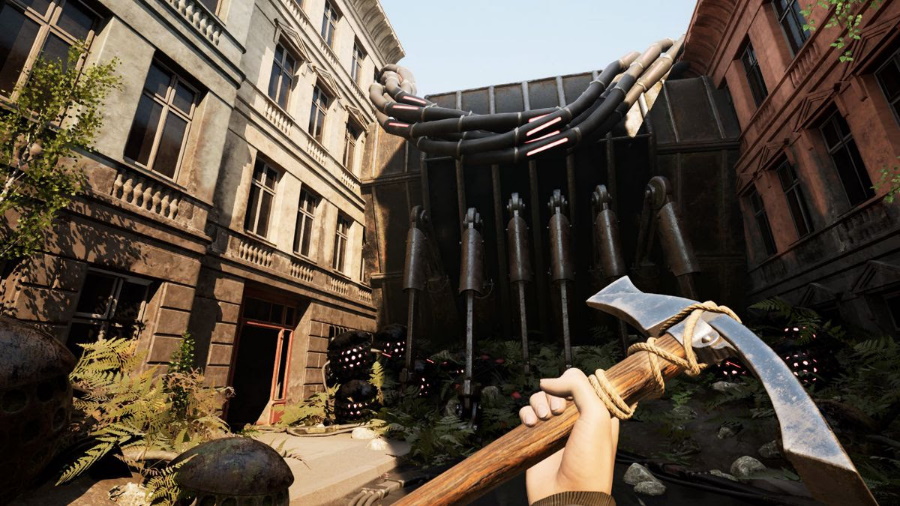 Before you begin your time with Industria, the first choice to make is selecting if you’ll play the game on the Normal difficulty setting or in the Hardcore difficulty setting. Normal has easier enemies, ammo is plentiful, and there are autosaves. For Hardcore, enemies are more challenging, ammo is scarce, and you must save manually. Enemies are also more plentiful. As a heads-up, the time between the first manual save you can make and the second one is around 20 minutes, and they’re on different chapters. That means that if you die, you’ll have to replay that whole segment. Because of this, you might want to do a first run on Normal so that you know what you’re going to be going up against on Hardcore. The difficulty you select will also have an effect on one particular trophy – more on this in a bit.


You’ll move around each area with the left analog stick, looking around you with the right one. Pressing in on the left analog stick will allow you to sprint while pressing in on the right one. The X button is used for jumping, while the Circle button is for actions. You can use your flashlight with the L1 button. You can throw objects with the R2 button when needed. Pressing the R1 button will allow you to rotate an object. Press on the DualSense’s Touchpad, and you’ll access your inventory. You also have a journal, which you can review by pressing down on the D-Pad. 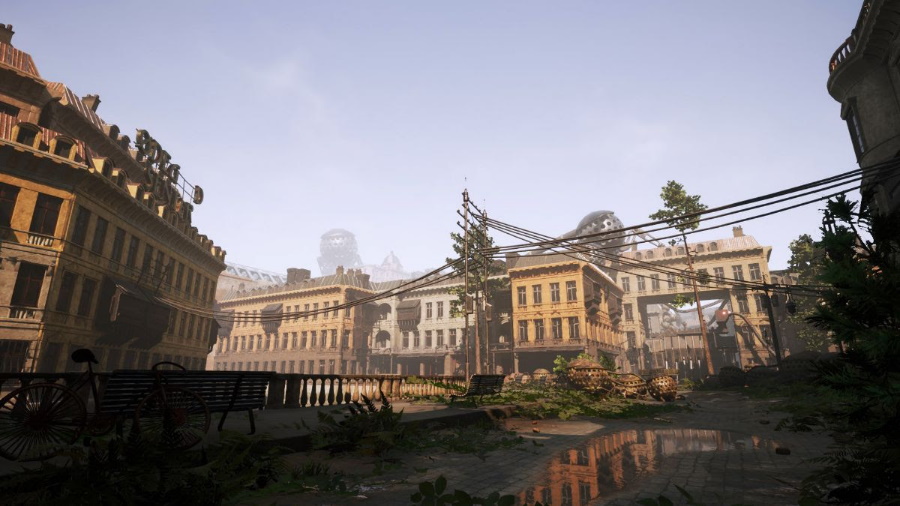 When you need to attack, use the R2 button to fire, reloading with the Square button. The L2 button will allow you to aim through the barrel of the gun. You can change between weapons by pressing left and right on the D-Pad. To holster your weapon, press the Triangle button. You’ll start your run with no weapons and will soon find a pickaxe you can use to destroy the wood boards that are in your way or to defeat the robots that will try to kill you. From the second chapter and on, you’ll get a chance to find a pistol, an SMG, a shotgun, and more.


As for the puzzles you’ll run into, allow me to discuss the first one, as to not spoil things. You’ll run into a handwheel that you need to turn in order to open a metal curtain that leads to the next section of the area. The issue is that the handwheel is rusted all over, so you first need to remove the rust to be able to operate it. If you walk around, you’ll soon find a small lab where you can mix some ingredients to create a rust remover. Take a look at the chalkboard, and you’ll notice that you need apatite and sulfuric acid for this particular mix. Locate the dispensing machines where you can grab a variety of ingredients, place the right ones into the contraption and open up the gas to heat up the mix, and you’ll get the rust remover you so desperately need. 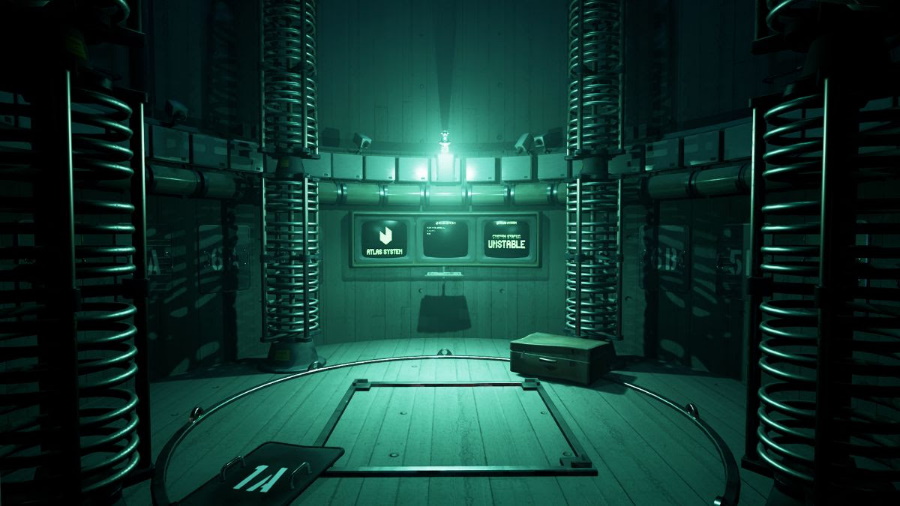 Trophy-wise, Industria on PlayStation 5 has a full trophy list with a Platinum trophy. The list is split into 6 Bronze trophies, 8 Silver trophies, and 7 Gold trophies. There are several trophies that will unlock as you progress through the game’s story. There are also a handful of trophies that will pop as you collect the different weapons that the game has to offer. There are a few trophies that are missable and require you to complete specific actions at very specific moments in the game. And along with those, there’s also a trophy for completing the game on the Hardcore difficulty setting.


Industria offers some accessibility options in order to make your experience a more pleasant one. You can decide if you want to activate or deactivate motion blur, select brightness and contrast, field of view, head bob, toggle controls for crouching and iron sights aiming, activate or deactivate crosshairs, balance the aiming sensitivity, and invert the X-axis and Y-axis. You can change the language between English, German, Russian, French, Spanish, Portuguese, Turkish, Japanese, and Korean. There’s also the option of activating subtitles and selecting the text size to make everything easier to read. You can also decide on the on-screen duration for subtitles, as well as select a color in case you have a colorblind condition – as well as choose the percentage of colorblind severity. 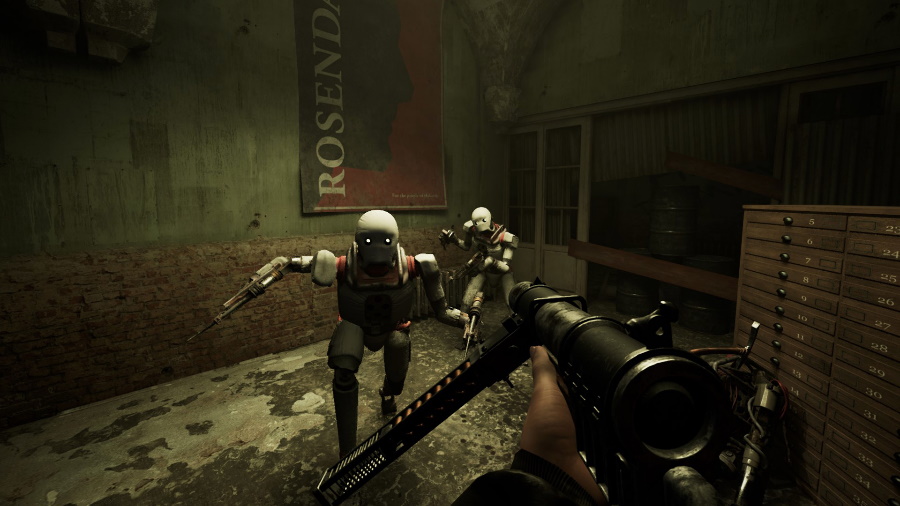 If you’re looking for a first-person experience that starts with some hints of Bioshock and a focus on its narrative, which then gets more action-heavy as you progress through the 3-4 hours it offers. It presents to us an alternate reality Berlin, and we then move into time travel territory for an interesting journey. Add a Platinum trophy – with a requirement for playing in the hair-pulling Hardcore difficulty setting – and you have a game that is worth checking out on PlayStation 5. Industria is available at a $19.99 asking price.

Disclaimer
This Industria review is based on a PlayStation 5 copy provided by Thunderful.