The King of Fighters ’98 Ultimate Match Final Edition from SNK is the definitive version of the beloved fighting game. The series started with The King of Fighters ’94, making this one the 5th entry in the beloved fighting series – which recently gave us the most excellent KOF XV. As you can probably guess, the game was released way back in 1998, with the Ultimate Match update landing in 2008. It’s now 2022, and we’re getting the Final Edition to give us the best version of one of the best fighting games ever.

For The King of Fighters ’98 Ultimate Match Final Edition, there are 64 fighters to play as, including The Awakened Orochi composed of Orochi Shermie, Orochi Yashiro, and Orochi Chris – who also happen to be coming to KOF XV later this year. You also get a revamped and rebalanced experience with the Ultimate Mode system, along with Challenge Mode and Practice Mode. And since you can take this one online, you’ll be happy to hear that The King of Fighters ’98 Ultimate Match Final Edition features rollback netcode, with lobbies for up to nine players and a spectator mode. You can even play the original Neo Geo version if you want to! 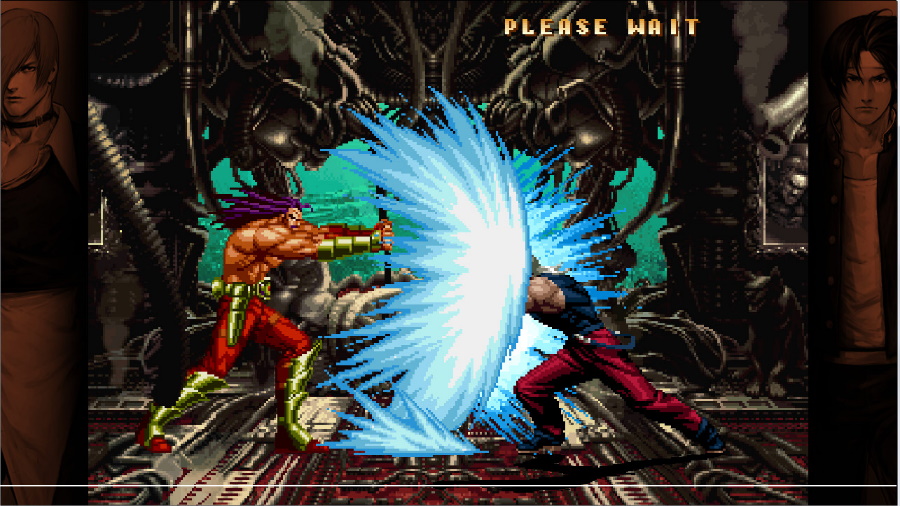 As for the game’s story, this one does not have a story per se, but it technically takes place around the Orochi Saga. The King of Fighters ’98 was created as a dream match type of scenario, which is why there are so many fighters to choose from since it includes characters from the ’94, ’95, ’96, and ’97 games, along with some new characters. The roster was already packed back when the game was released in 1998, and the 2008 revamped edition added even more fighters on top.


You’ll control your characters with the left analog stick or the D-Pad to move around the screen, jump, and block as needed. Light punches are mapped to the Square button, strong punches to the Triangle button, light kicks to the X button, and strong kicks to the Circle button. The R1 button can be used for combining pressing the light punch and light kick buttons, and the R2 button does the same for strong punches and strong kicks. 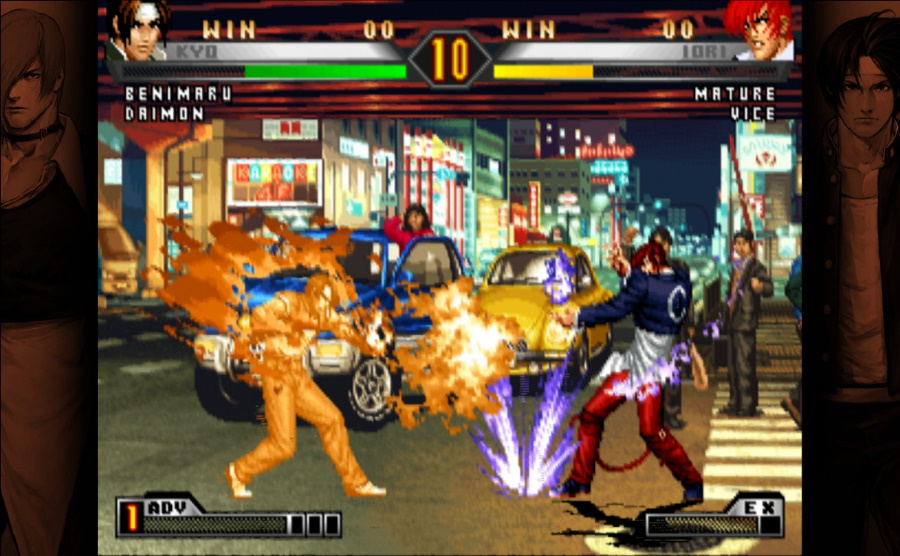 
By performing special attacks, dealing damage, or receiving damage, your character will start to build up a special power bar at the bottom of the screen. For each time you fill-up the bar, you’ll get a charge, which you can use to unleash a desperation move that will either consist of a single attack or multiple attacks that deal considerable damage. For example, Kyo Kusanagi can execute his Saishuu Kessen Ougi desperation move by performing two-quarter circles forward and pressing a punch button. This desperation move will make him throw a mighty fireball towards the ground in front of him to then power up his punches with flames. If you have more than one full bar, you can press both punch buttons to perform a more powerful version of this desperation move to deal more hits and damage. 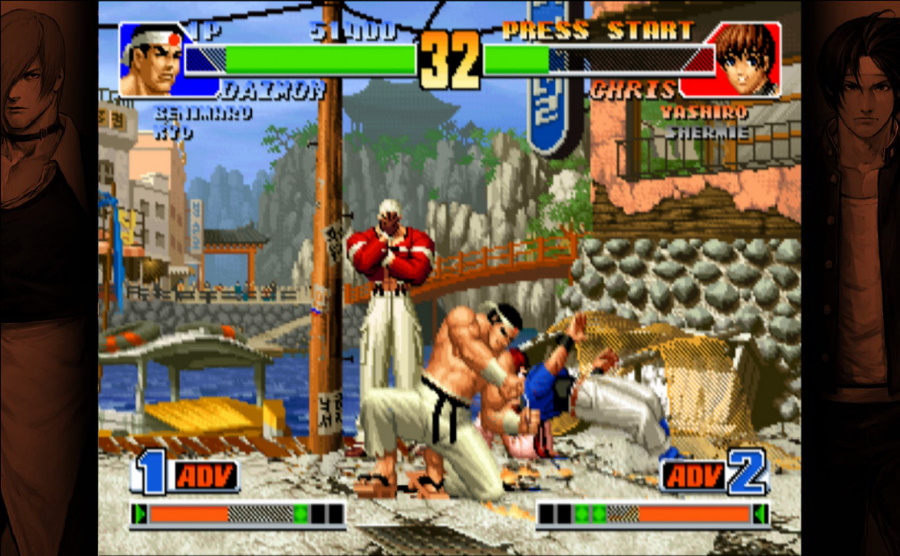 To customize your experience, you can go into the settings menu to set the CPU level, playtime, number of rounds, defense level for each player, power gauge level, and if the option for selecting the same character should be on or off. You can also select the border type if scanlines are to be used and at what percentage, screen type, if the focus should be soft or normal, character type, and activate or deactivate the flash. You can also configure the network settings for max input delay, min input delay, if input delay should be on, off, shown when playing or shown when spectating, and if names should be shown.

This new version of the beloved fighting game classic includes a short trophy list, and no, there is no Platinum trophy for it. The list is split into 9 Silver trophies and 3 Gold trophies. The objectives to complete include getting a perfect round, completing the game, completing the game without losing a single round, having Iori(Ura) or Leona(Ura) appear as your opponent, exceeding 300,000 points in Arcade single-player, getting 5 and 10 straight wins in a row in online fights, winning 10, 50, and 100 fights online, achieving a straight win, and performing an assist attack. 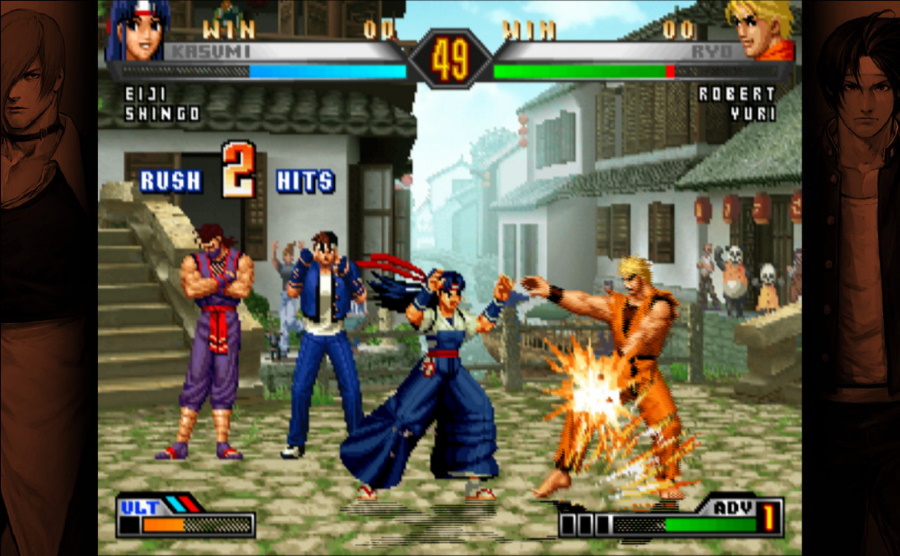 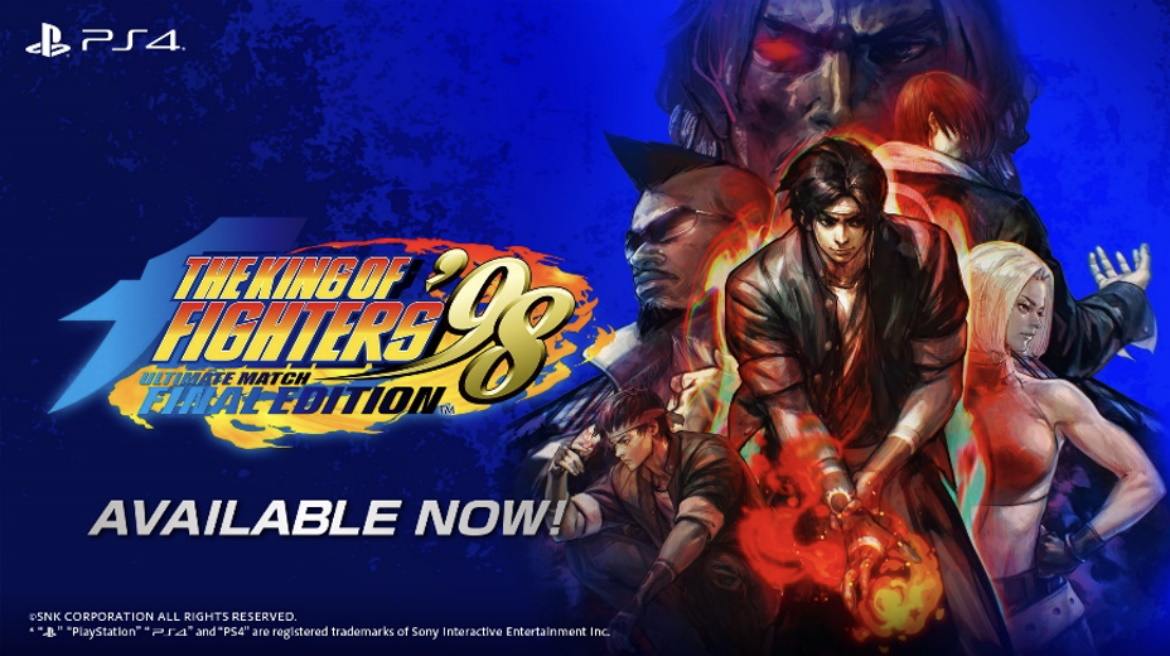 The definitive version of a beloved fighting game classic

Disclaimer
This The King of Fighters ’98 Ultimate Match Final Edition review is based on a PlayStation 4 copy provided by SNK.

DC League of Super-Pets: The Adventures of Krypto and Ace Out Next Week