HunterX from Orange Popcorn is a fast-paced action-packed 2D Metroidvania on Nintendo Switch. Learn more in our HunterX review!


HunterX from Orange Popcorn is a fast-paced action-packed 2D Metroidvania on Nintendo Switch. You’ll be taking control of Tsuki, a demon hunter who during the night of the deep purple moon finds a peculiar crack in reality that takes her to a new world. She’ll be joined by a spirit companion who will aid her on her new quest, as she gains access to new skills and abilities, finds mythical items, and increases her power with every minor and major demon she hunts down. 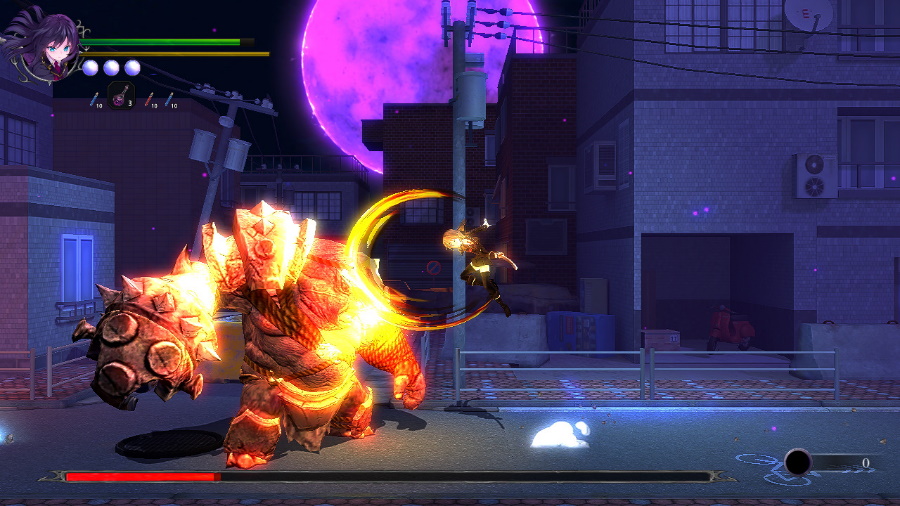 You’ll move your character with the left analog stick, jumping with the B button and attacking with the Y button. If you press down on the D-Pad and press the B button, you’ll slide. The R button is for guarding against attacks, and if you time it just right, you can parry them. The A button is for using your occult special ability, which you can change with the L button. The ZR button can be pressed for dashing. Press up on the D-Pad to use an item, which you can select by pressing left or right. You can also remap all buttons in case you feel like a different layout is best for your playing style.


As you defeat enemies, you will gain MP. Once the blue MP slot is charged up, you’ll get a chance to unleash your Mortal Blow, which will deal considerable damage to your opponents. Just press the X button and you’ll use up one MP charge in exchange for activating your Mortal Blow. You’ll eventually be able to gain access to more MP slots, which will make it possible to unleash more than one Mortal Blow per fight, which will be extremely useful during boss fights. 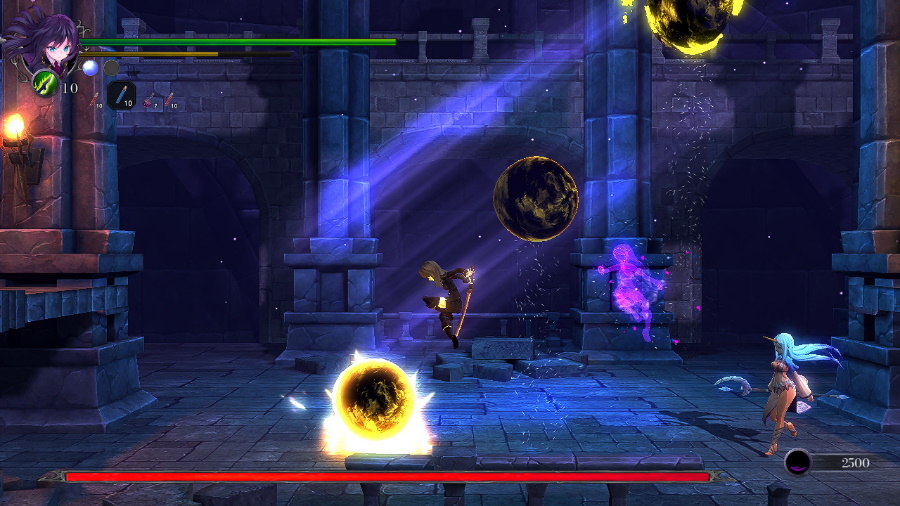 
When you die – not if, but when – you’ll lose all of your karma and will be sent back to the last save statue you used. If you manage to return to where you the spot where you were defeated, you’ll see a floating, glowing crystal. Destroy it before you’re defeated again, and you’ll recover all of the karma you had on you in the first place. But if you’re defeated again before you can crack that crystal, that karma will be gone for good. This is why, even though you do have to save a lot of karma to buy the more expensive items from the Priestess, you should also spend them on leveling up Tsuki. 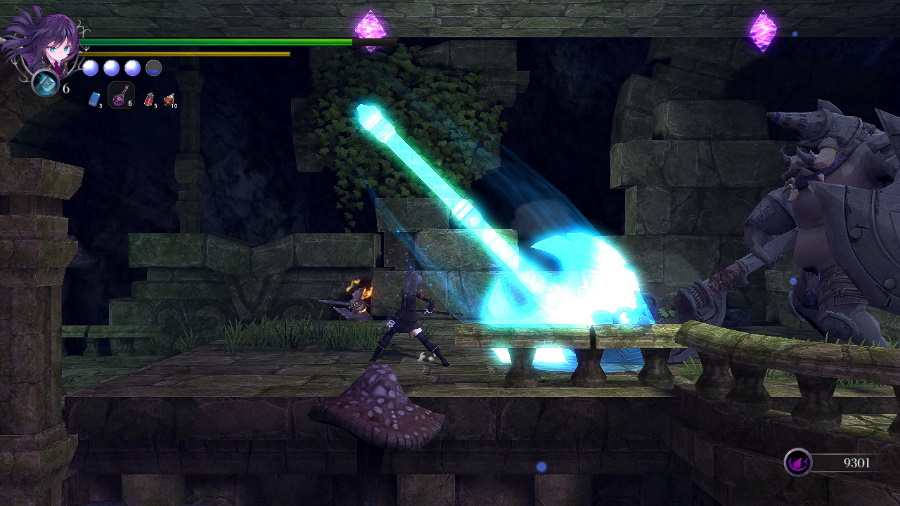 Karma can be used at the special statue for leveling up. When you do this, you’ll select if you want to increase Tsuki’s vitality, strength, mind, or activity. For every level that you get you will also be rewarded with Keystones. By collecting Keystones, you’ll be able to acquire new skills for Tsuki. On top of these, you will also obtain Core Skills, which are central to all skills, by exploring each area and progressing through each section. There are a lot of skills to unlock in the skill tree. You could, for example, unlock a power parry that greatly lowers an enemy’s defenses after a successful parry. Perhaps you’d be more interested in the shadow dash ability that makes you invincible during a dash, allowing you to pierce enemies. Or maybe you’d like to play it safe and would like to unlock an armor enhancement to increase your defense.


As I mentioned before, Karma will also function as the in-game currency, allowing you to exchange it with the Priestess for a variety of items that will help to make a difference. You can buy a return stone that will instantly bring you back to the Priestess, a fighting spirit fragment that can be broken to release its energy to boost your attack for a fixed period of time, a red perfume that can completely cancel out fire damage for a fixed period of time, or a healing powder that can instantly cure all status effects when sprinkled over Tsuki’s body.

HunterX has an in-game achievements system with a variety of objects to complete. You can work on unlocking the more than 50 achievements on offer by, for instance, piercing an enemy with your shadow dash, or by obtaining your first occult. After that, you could work on parrying an enemy’s attack, enhancing a weapon, removing a debuff, leveling up, obtaining the fire halberd, exploring all maps in full, or defeating a boss five times without receiving damage. There’s a lot to do it you want to 100% HunterX! 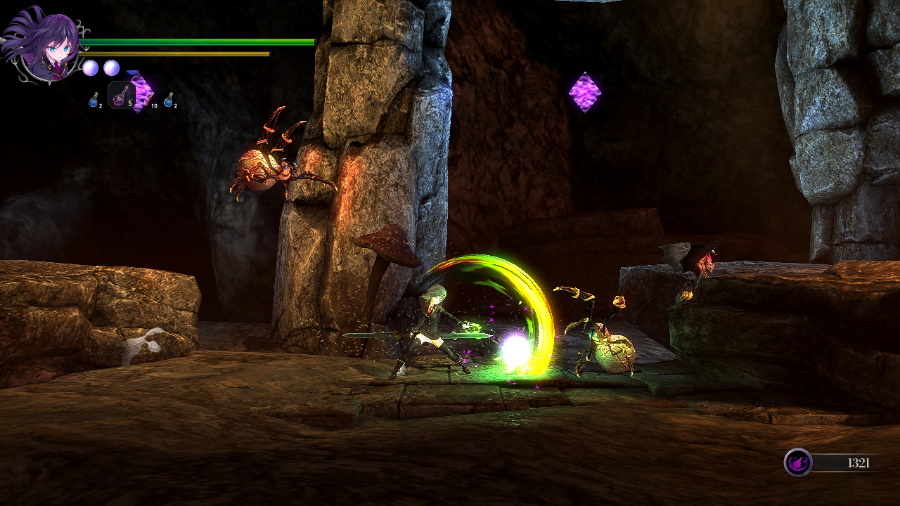 HunterX is a solid fast-paced action-packed 2D Metroidvania on Nintendo Switch with a very addictive gameplay loop that will keep you busy for a while. Leveling up Tsuki by defeating minor and major demons and spending the Karma to boost her stats allows you build her up to favor your playing style as you find the right weapons, occults, and accessories for the job. Level up and use they keystones to unlock new boost in the huge skill tree that the game has to offer, and upgrade your occult to keep up with the new enemies you’ll run into that pack a punch. 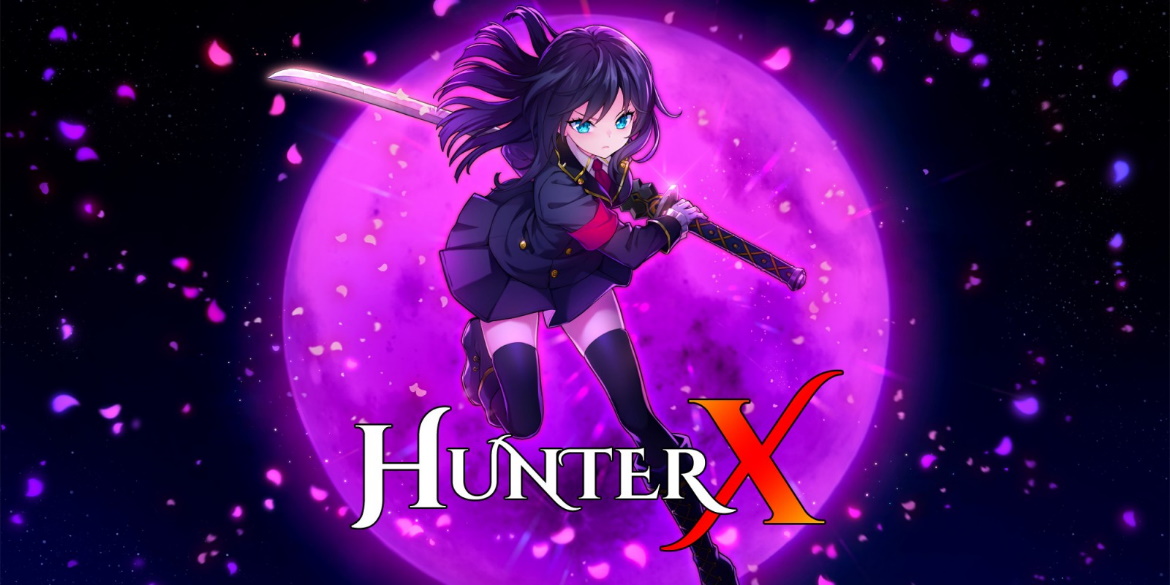 Disclaimer
This HunterX review is based on a Nintendo Switch copy provided by Orange Popcorn.

DC League of Super-Pets: The Adventures of Krypto and Ace Out Tomorrow

Yars: Recharged On Its Way To Consoles