Delivery From The Pain from DigiPotato Studio and Indienova is a survival strategy experience set in a post-apocalyptic world packed with zombies. In the year 201x, an anti-cancer research institute announced the discovery of the key to eternal life. Faith Energy Company concocted a vaccine-driven startup, the Human X Plan, to deliver it to the world. Unfortunately, the vaccine failed, and all infected humans have now turned into zombies. With several endings to experience, the choices made along the way will have an impact on how your journey takes shape. The game has a very Resident Evil by way of The Walking Dead vibe to it, with a dash of The Last of Us for good measure. It’s all presented from an isometric perspective. 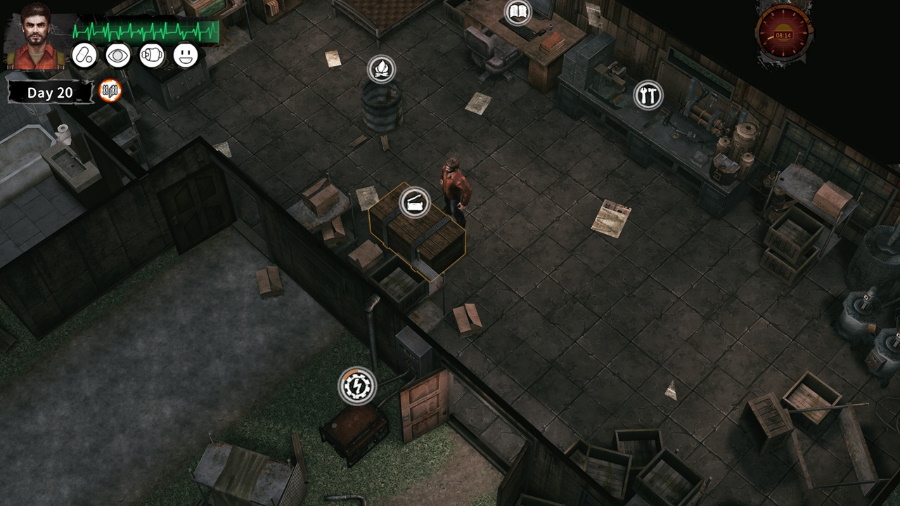 Once you’re ready to go, you can play the main story or the DLC. And after you’ve completed Chapter 1 in the main story, you will unlock Challenge Mode. It’s suggested that you don’t play the DLC content until after completing chapter 2 of the main story since there is some content in the DLC that could spoil your experience in the main game – not to mention that the difficulty is bumped up a bit for the DLC! It features a new story in which you can play as a new character with a new pet, as you experience everything through a new gameplay system – and a new cooking system.


As for the main story, you can select between the two available characters: Freeman Mason, a former decorated police detective who is a strong and capable tactician, and Samantha Aran, who, prior to doomsday, used to be an attorney, which is why her intelligence, charm, and sense of survival are heightened. You’ll then choose the difficulty for your run, between Normal and Hard, with a Nightmare one that can be unlocked after completing the game. Normal offers the standard experience, balanced for those that might not have as much experience with survival games. Hard bumps things up by increasing the challenge. Nightmare does its name justice since your skills will be tested every step of the way. 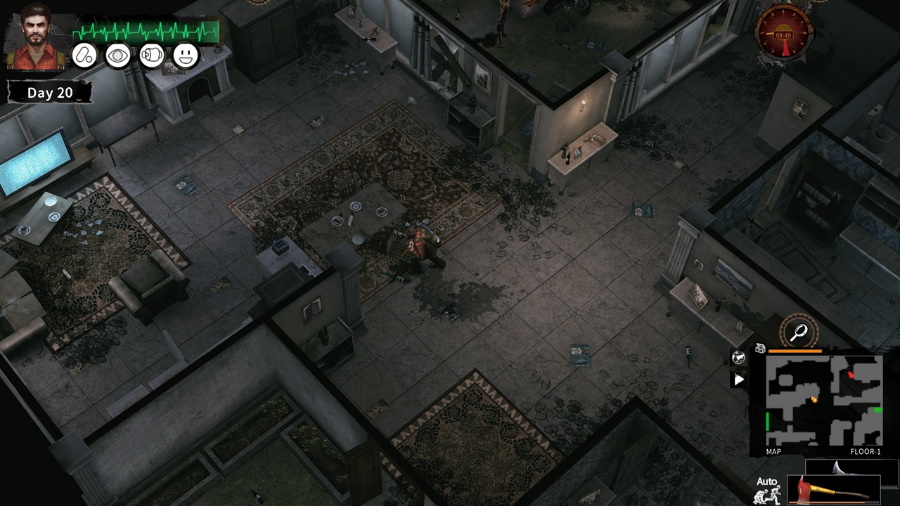 You’ll move your character with the left analog stick, using the A button to search for resources and items, as well as to open doors by pressing and holding down the button. Since zombies are drawn by sound, you should sneak past them to prevent them from discovering your location. While your instinct might be to fight every single zombie that you find, that won’t be a good idea if you want to stay alive. The good news is that you can also backstab a zombie when approaching it in a stealthy way.


Press the L button to check your character’s status so that you can review their injuries or illness. For instance, if you have a compromised bone, you’re going to need to use some bandages and splints to heal said wound. The R button will be used to check your inventory. From there, you’ll be able to use, eat and drink items as needed to recover your strength and improve your mood. You’ll also need to do some research to learn the valuable information needed to defend yourself against the zombie onslaught. 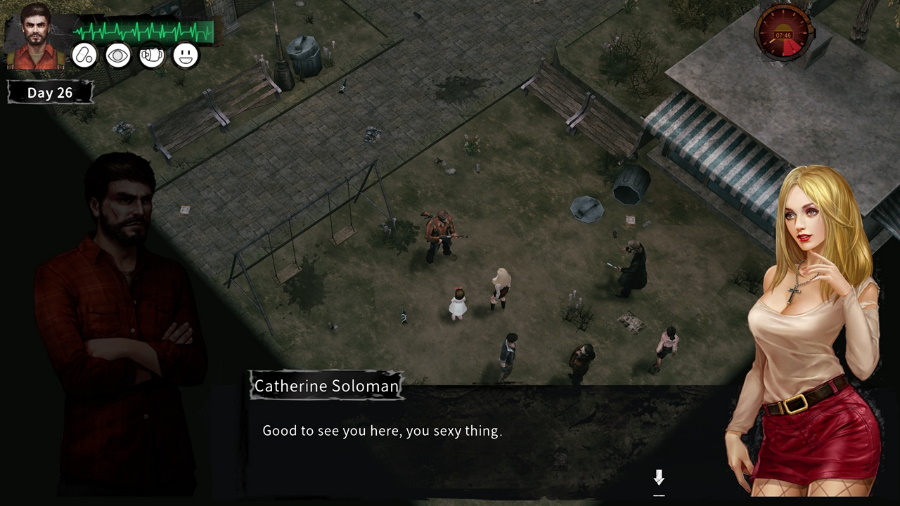 Take, for example, the initial sequence you’ll play through early in the game at your shelter – which serves as the game’s tutorial. Another character ends up saving you from a medical facility and helps you make it back to your shelter. Since you’re injured and tired, she tells you to go to sleep to recover a bit. Unfortunately, the zombies outnumber her, and now she’s the one who’s injured. Since it’s still dark, you can’t just venture out to search for medical supplies, so she suggests that you do some reading – which consumes a little over 30 minutes of your day – so that you can learn how to build some fences to protect and secure the area.


You’ll use this knowledge on your workbench to use materials – in this case, some wood – to craft the fence. This will, once again, consume some of your time. You’ll only start with said wood and nothing more, so be sure to take the dagger offered to you by Samsara until you can find more materials that you can use to craft items and improve weapons. You’re going to have to scavenge everything that you can carry since you never know what “recipe” you’ll get for an important item down the road.

There’s an in-game achievements system with over 80 achievements to work on. These will unlock by completing many story-related objectives as well as by assembling your first melee weapon assembling your first ranged weapon. Talking about the rest of the objectives would take us into spoiler territory. What I can say is that you should take care of the NPC that will join you because several of them can die… in more than one scenario! There are also several endings for you to reach, some of which are of the bad ending variety, so there’s definitely a lot of replay value in this one. 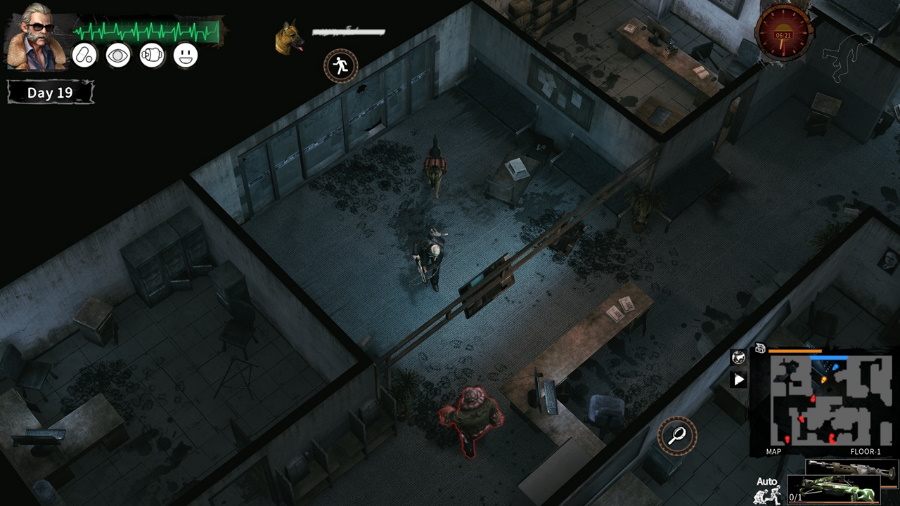 Delivery From The Pain is an interesting survival strategy experience with the always beloved zombie outbreak as its backstory. With two characters to play as the full main game and an additional DLC story that brings a new perspective to the game, as well as nods to Resident Evil, The Last of Us, and The Walking Dead, of course. Delivery From The Pain is available on Nintendo Switch with a $12.99 asking price. 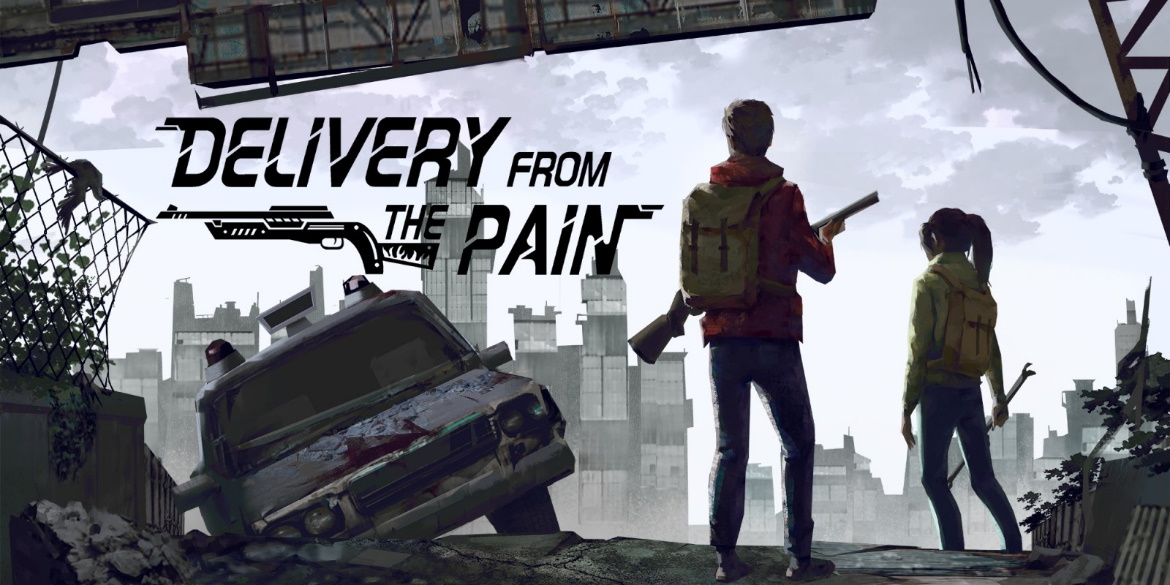 Delivery From The Pain Review

Game title : Delivery From The Pain

Disclaimer
This Delivery From The Pain review is based on a Nintendo Switch copy provided by Indienova.

[PS4Blog.net Interview] Half Past Yellow On Time On Frog Island