The highly anticipated sequel Azure Striker Gunvolt 3 from Inti Creates lives up to the hype on Nintendo Switch. The first two games in the series were originally released on the Nintendo 3DS before being ported to the Nintendo Switch as the Azure Striker Gunvolt: Striker Pack. For this installment, you’ll be playing as the titular Gunvolt as well as newcomer Kirin who favors sword attacks to slice and dice all opponents. Kirin is an adept shrine maiden with a very peculiar Septima that can seal the abilities of other adepts! 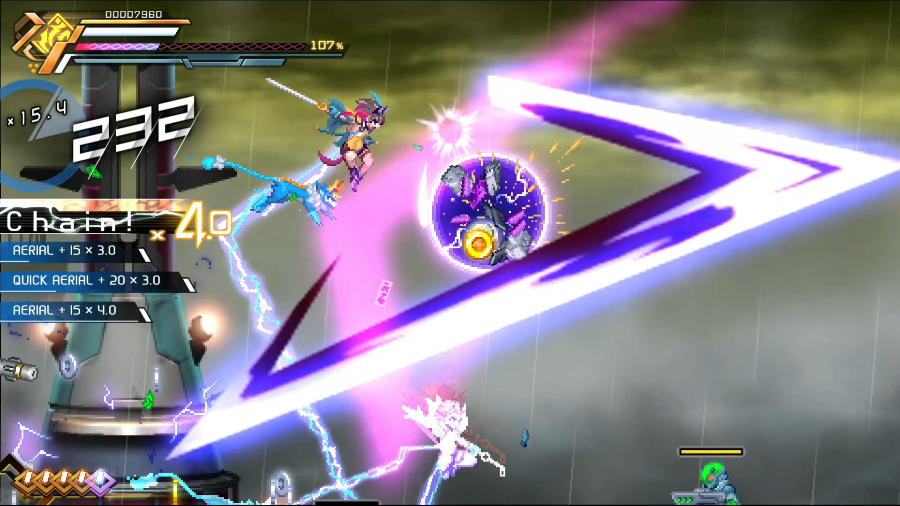 For Azure Striker Gunvolt 3, you’ll start by playing as Kirin, who is searching for Gunvolt, who has turned into a Primal Dragon! He’s been trapped and sealed away… but the seal used was an amateur job. Luckily Kirin manages to defeat Gunvolt in his Primal Dragon form before using her Septima to properly seal away that side of him. Unfortunately, there are some side effects, and Gunvolt turns into a dog of sorts! You’ll be able to collect energy to power up Kirin’s special Septima to help Gunvolt turn into his former self for shorter than usual periods of time.


What else is new for this sequel? Along with a new playable character, there’s also the new Image Pulses system. Image Pulses are more than 150 collectibles summons that can be called forth from Gunvolt’s memories. Summon comrades and rivals from Gunvolt’s past to aid you on this new adventure! You can also play the game with the new Story Mode+ option, which presents the story without interrupting the gameplay, as characters talk among themselves to expand on the story – with English or Japanese voice acting. Lumen is back, and based on your performance on each stage as you earn Kudos, she’ll start to sing one of the many songs in her repertoire! Along with classic songs from the series, Lumen has seven new songs for you to enjoy. 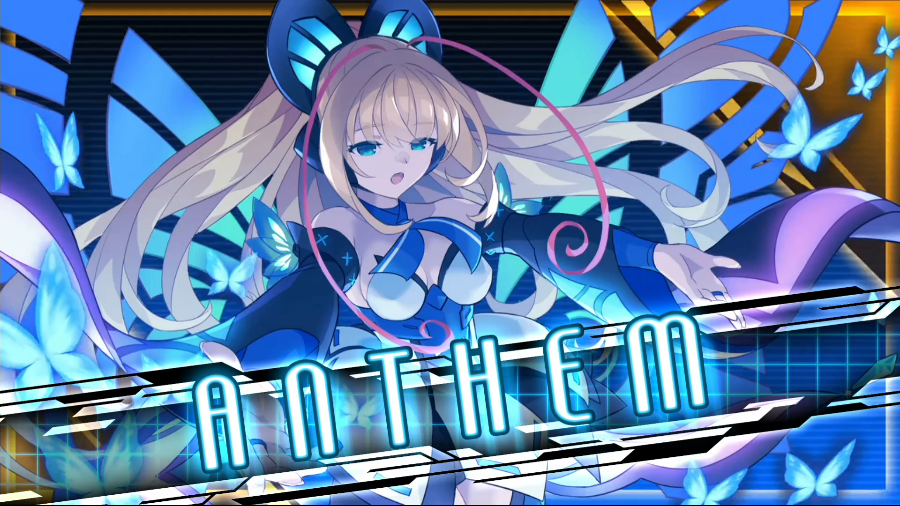 The Azure Striker Gunvolt series – as well as the spin-off series Gunvolt Chronicles: Luminous Avenger – share a lot of elements with the beloved Mega Man series, which makes a lot of sense since Inti Crates was formed by ex-Capcom staff, and then got to work on a ton of Mega Man games – Mega Man Zero and its sequels, the Mega Man ZX series, and even Mega Man 9 and 10. They later worked on Mighty No. 9 before working on and publishing the Azure Striker Gunvolt games, the Blaster Master Zero series, and then Bloodstained: Curse of the Moon and its excellent sequel.


If you’ve played the previous games in the Azure Striker Gunvolt series, then you know what to expect from Gunvolt. You’ll have him use shoot darts at enemies to tag them on the ground or in the air so that you can then jump and double jump with the B button to dash towards them with the L button so that you can unleash a powerful attack depending on how many times you mark an opponent or attack with his flashfield with the R button. Focusing on one enemy will allow you to defeat it much faster, but sometimes diversifying is a good option. You can switch between Gunvolt and Kirin on the fly as needed by pressing the ZL or ZR buttons once enough energy has been collected. 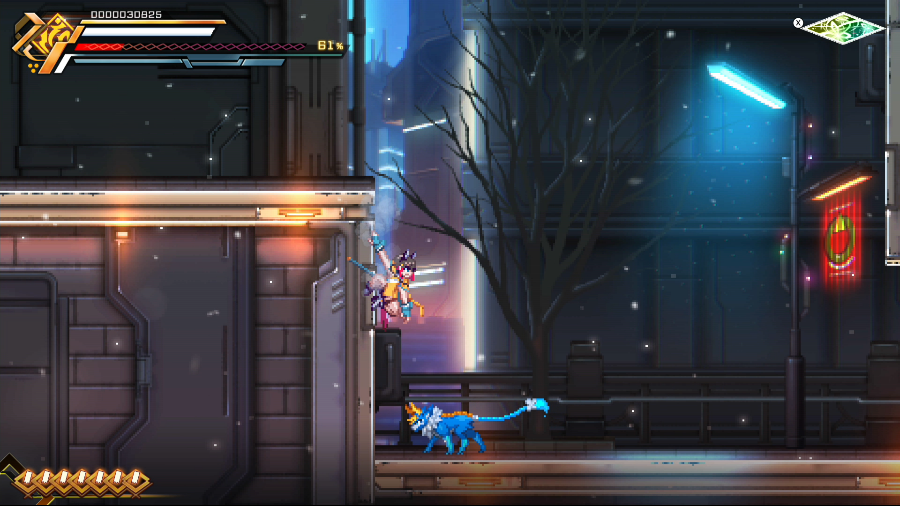 Kirin offers a different type of gameplay loop, which helps to keep the action feeling fresh for this sequel. She’ll throw talismans at enemies with the Y button so that she can then deal explosive damage by activating her Arc Chain warp with the A button. This means that you can stack several talismans onto an enemy so that when the Arc Chain lands, it ends up receiving lethal damage. There’s also the option of equipping the Passive Image Pulse you receive early in the game to negate damage at the cost of her extra talismans, which means you’ll need to be quick at reloading by pressing down twice so that you can keep the attack loop going. She also has her trusty sword by her side, so you can press the R button to slash away. Oh, and she can jump again after using the Arc Chain, which makes it easier to chain together combos, as well as help to get through some areas. 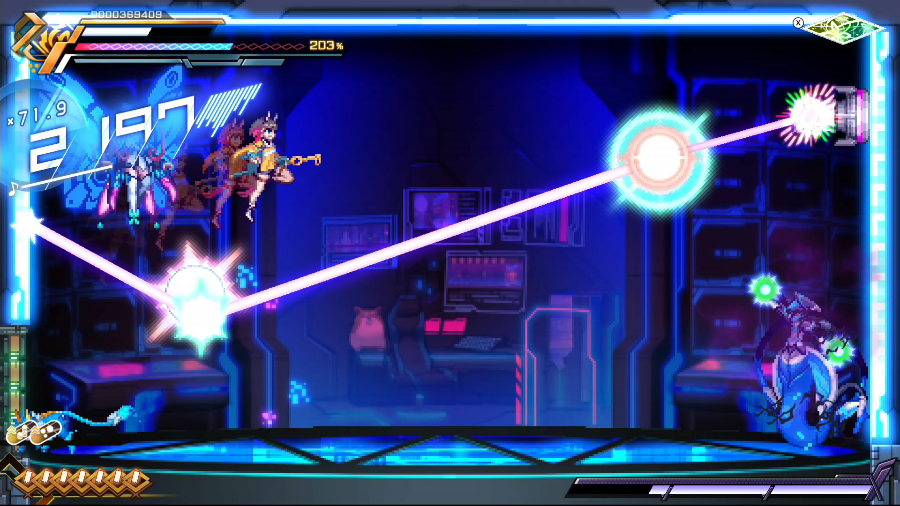 It’s been almost six years since the release of prequel Azure Striker Gunvolt 2 on the Nintendo 3DS. While we did get the Nintendo Switch back in 2017, updating both games for a new console generation, the wait for this sequel has been a long one. The good news is that wait has been worth it! Azure Striker Gunvolt 3 expands on what was done by the first two games in the series and then some. Kirin as a new playable character adds an extra breath of fresh air, and the solid voice acting and story help to expand on the Azure Striker Gunvolt universe. Add the new songs from Lumen and the Image Pulses system, and this one is a game that you should definitely add to your collection. Azure Striker Gunvolt 3 is out tomorrow with a $29.99 asking price. 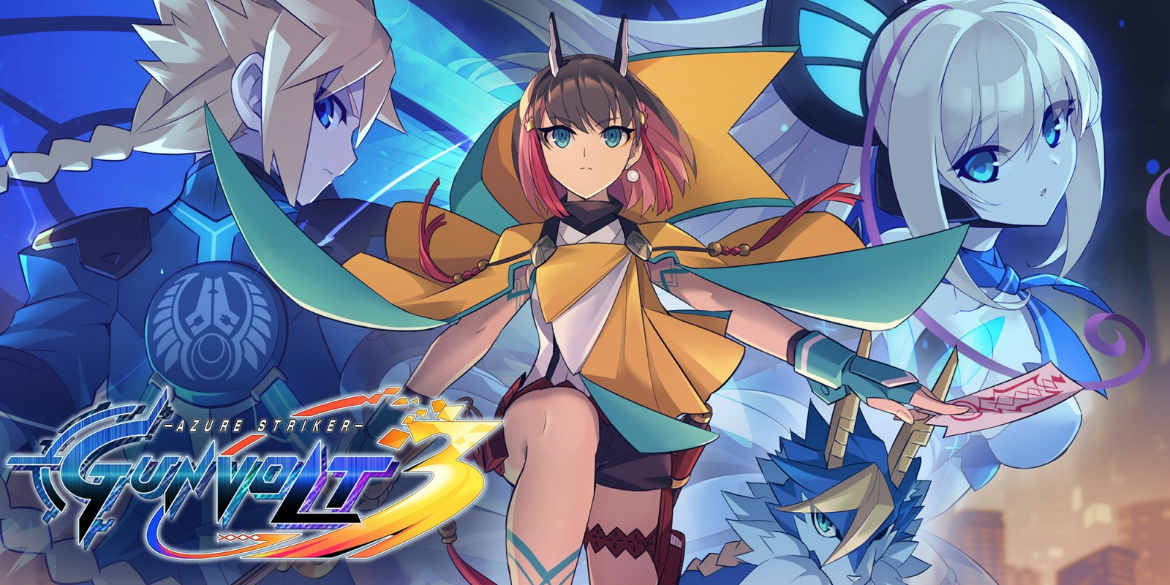 A sequel that delivers an outstanding experience

Disclaimer
This Azure Striker Gunvolt 3 review is based on a Nintendo Switch copy provided by Inti Creates.

RITE On Its Way To Nintendo Switch