Sequel Drunken Fist 2: Zombie Hangover from eastasiasoft and DEKLAZON is ready for you on PlayStation. As was the case for its prequel, this one is also a physics-based 3D beat ‘em up with self-contained levels to take on, but there’s now a twist. If the game’s name hasn’t clued you in on things, the twist is that there are now zombies to take care of! On top of that, everything looks way better compared to Drunken Fist, which is certainly to be expected of a game launching a year and a half later. 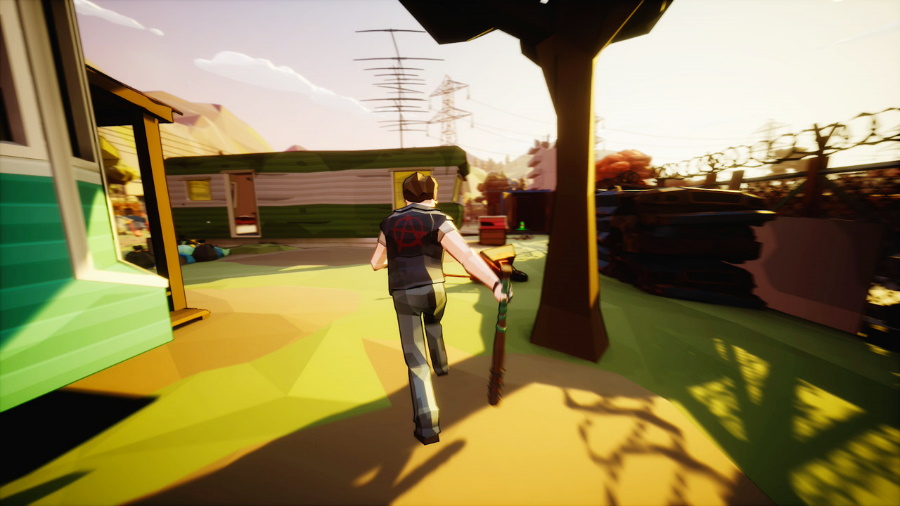 You wake up after a month-long drinking binge, only to find out there are zombies everywhere! You don’t really care much about this since all you want to do is get drunk. Sure, you’re going to have to beat these zombies, but only because they stand in your way, and you need to grab some new bottles to drink. To be able to complete a level, you’ll have to defeat the number of zombies shown on the right side of the screen. Don’t worry about it too much since most levels have additional zombies that can easily help you get to said threshold.


Once you’re ready to dive into action, you’ll move your character with the left analog stick as you swing the camera around with the right one. The Square button will be used to attack with your hands, while the X button will be for attacking with your legs. The Circle button can be used for a sweep to knock down an enemy… as long as you don’t fall over in the process! You can collect some weapons along the way that can deal massive damage to enemies, usually defeating them in one swing if you manage to hit them in the head. 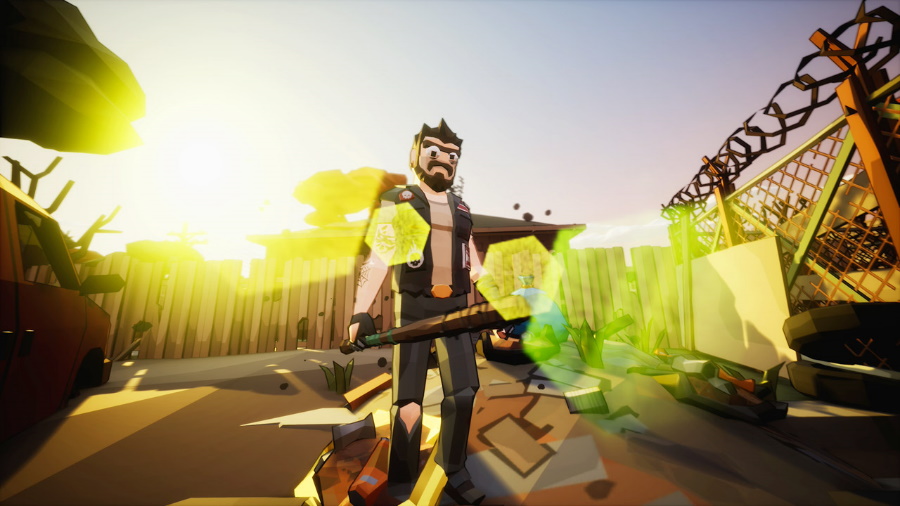 The Triangle button is used for quickly jumping back so that you can avoid enemies. Since you’re very much drunk, you’ll need to focus on enemies one at a time, which is done by pressing the L2 and R2 buttons to switch between nearby enemies. Booze goes into your body, and then it must find a way to come out of it, which is what the R1 button is for. Press it, and you’ll relieve yourself right away, unleashing some spheres that will magically turn into yellow puddles once they hit the ground. This is useful for getting zombies to trip over so that you can focus on fighting the rest of the group. 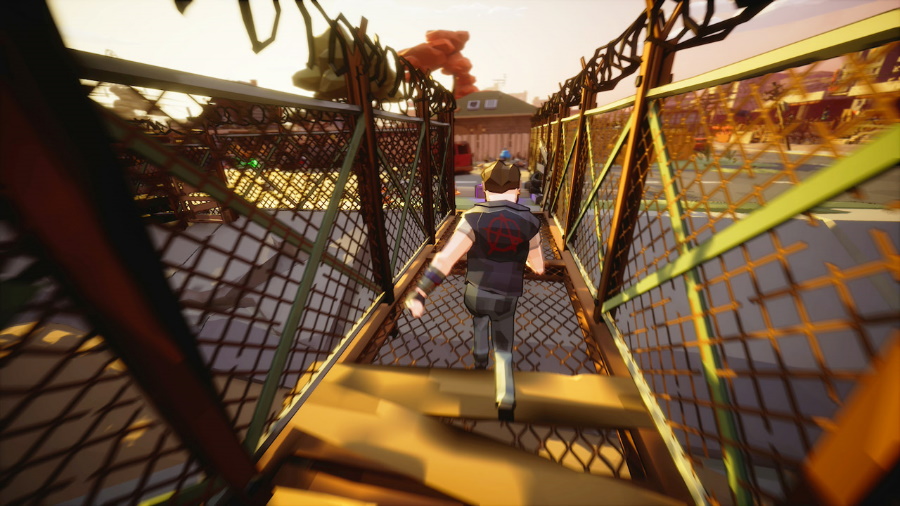 Trophy-wise, since this one is from eastasiasoft, that means there’s a Platinum trophy for you to add to your collection! And since the game is Cross-Buy and the PS4 and PS5 versions have separate trophy lists, you can get two Platinum trophies if you have a PlayStation 5 console. The list includes 6 Bronze trophies, 8 Silver trophies, and 8 Gold trophies. The objectives are to defeat 12, 32, and 64 enemies, find 1, 2, and 5 weapons, collect 1, 6, and 12 bottles, make 1, 10, and 20 enemies slip, completing levels 1, 3, and 5, reaching a score of 5,000, 10,000, and 15,000, and defeating a police officer zombie, a firefighter zombie, a clown zombie, and a hotdog zombie. For some extra tips, you can check out this Drunken Fist 2 Trophy Guide. 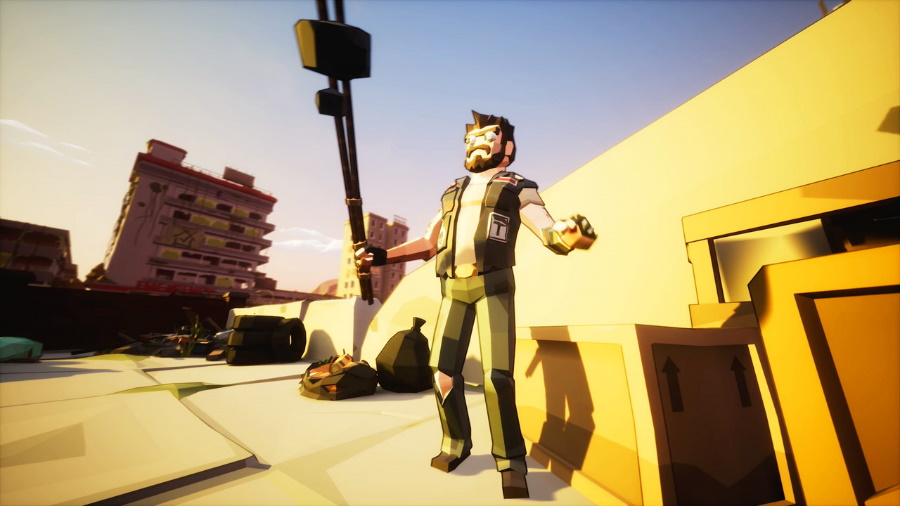 When compared to its prequel, Drunken Fist 2: Zombie Hangover looks and feels better. The gameplay is tighter, and the zombie twist certainly helps to move things along. The gore is also dialed up because of this. The game is out today as a Cross-Buy title with a $7.99 asking price, granting you access to both the PlayStation 4 and the PlayStation 5 versions, with each one featuring its own trophy list. 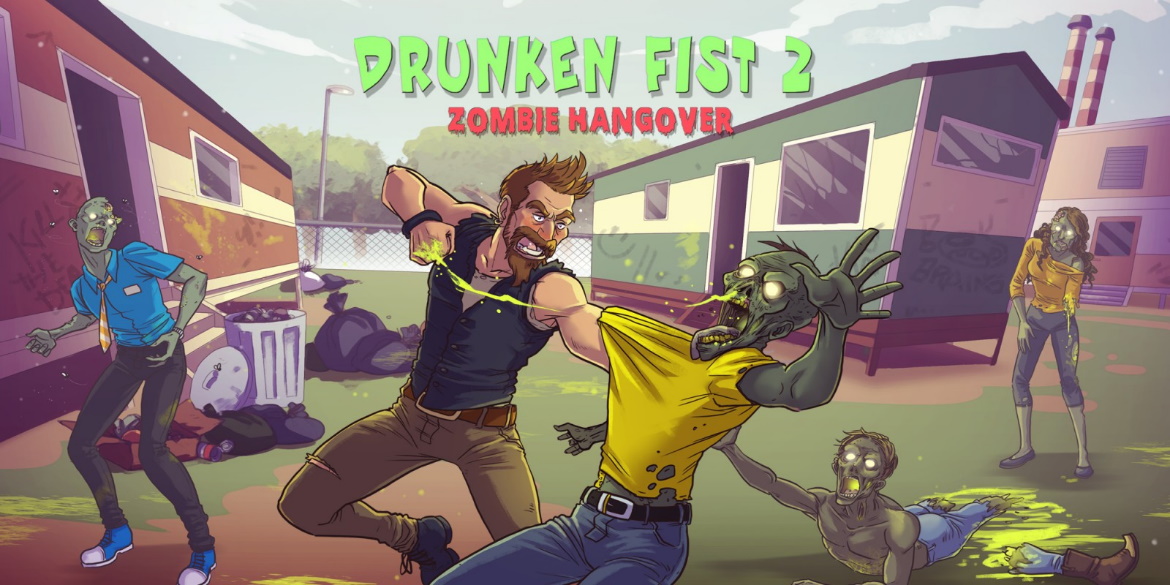 Sequel that improves on everything its prequel did

Disclaimer
This Drunken Fist 2: Zombie Hangover review is based on a PlayStation 5 copy provided by eastasiasoft.