Visual novel sequel Arcade Spirits: The New Challengers from Fiction Factory Games, PQube, and Ratalaika Games is ready to go on PS5. It follows up on what Arcade Spirits presented – which I got a chance to review on Nintendo Switch. If you’re new to the Arcade Spirits universe, it’s set in the year 20XX in an alternate timeline in which the major video game crash of 198X – from market oversaturation – didn’t happen. Because of this, video games are part of everyday life. Arcades are also very much still a thing!

If you’ve previously had a chance to play Arcade Spirits, Iris (Identity Identifier System) will give you a chance to set up your original character so that you can bring it into the story, or you could start fresh. All you have to do to recreate your character is give Iris your name and last name, pronoun, hair style, skin tone, eye color, color of your clothes, and if your character is kindly, gutsy, quirky, or steady. You ten let Iris know if you romanced any of the characters in Arcade Spirits. The last steps will be to tell Iris the name of your arcade, the type of establishment you had, the games you focused on, and the big project you were working on. It shouldn’t take you more than a couple of minutes. 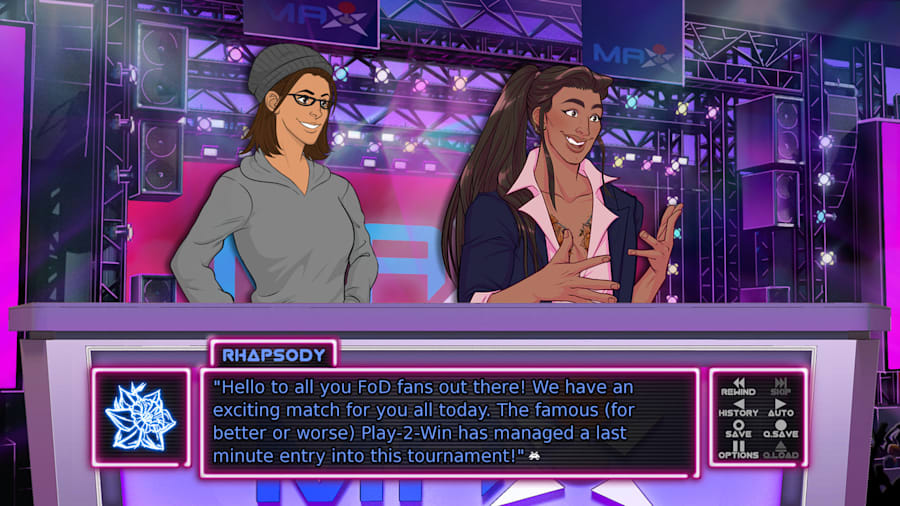 Iris is technically illegal after being banned by the federal government, so you end up downloading a version from a dodgy link you’re provided with in order to install her on your phone. Iris is now a rogue AI running on an unofficial cloud server, but at least she’s ready to help you out with your dreams… and maybe with romance if you want her to! Her official servers were shut down three years prior, which is why she’s now helping others by way of the few private servers some individuals have set up for her.


She’ll keep tabs on a lot of your data, including an internal metric on how chaotic or orderly you want her to be. That way Iris can adapt to your everchanging needs! Iris is also really, really good at cross-referencing social media data, personality matrices, vocal analysis patterns, and more, in order to help you find love… that is, if you want to! You’re not forced into romancing any of the characters, and can indeed decide to not pursue anyone past a regular friendship, which is a valid option.

She’ll also keep tabs on your personality based on five traits for your responses: kindly, gutsy, quirky, steady, and flexibility. For those of you who played the prequel, that last one used to be called basically, but it’s been changed for the sequel since Iris got some feedback on how no one wants to be perceived as basic. Kindly responses are compassionate and emphatic, and gentle in nature. Gutsy responses are brash, bold, and instinctive, which can both be a good thing and a bad thing! Quirky responses use jokes, snark, and a bit of sarcasm, which means they can backfire! Steady responses are sincere, honest, and logical. And last but not least, flexible responses are balanced and neutral by nature, so they can adapt to pretty much every situation you find yourself in. You’ll also participate in some battles in Fist of Discomfort 2, the action-strategy esports phenomenon that everyone is playing. With the FoD2 Pro Tour in full swing, it’s up to you to try and earn the glory, fame, and immorality that comes from making it to the final showdown. You’ll need to join a team to get sponsored, so you do have to wonder if you’re really that good. Your rival has been signed by the hottest esports team in the world, so you’re definitely going to have to work hard to get up to their level… right?


Fist of Discomfort 2 is the story of two rival clans vying for control of the legendary Sacred Dojo. They fought for a film year, until in winter they reached their ultimate destination. When the Sacred Dojo’s doors opened, only the most worthy and honorable of the clans was allowed in, with the other one forever exiled from the lands. Because of this, you need to give it your all to score as many points and possible to defeat your opponent. 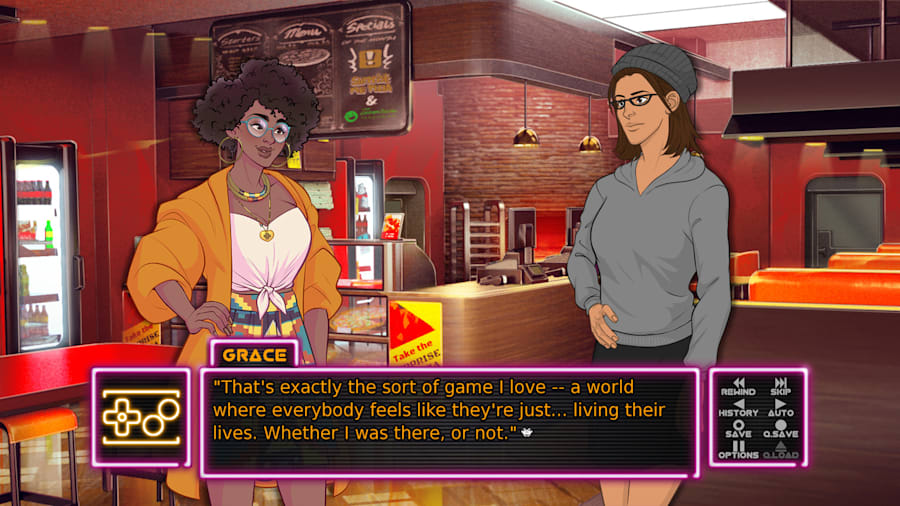 Every round is like a fight scene from a huge kung fu movie. Beat a minion, and you’ll score some points. K.O. an enemy player, and you’ll score some points. You need to plan your actions to be able to counter what your opponent does, as you buy weapons and scrolls, summon more minions, and use special moves while keeping in mind their cooldowns. It all sounds a bit overwhelming, but worry not, because the gameplay is basically the old-school classic rock-paper-scissors game. Defend beats Attack, Attack beats Special, and Special defeats Defend. There’s also a fourth ability, a trump card: your Ultimate Ability. Each team can only use one per game.


Trophy-wise, Arcade Spirits: The New Challengers has a full trophy list with a Platinum trophy for your collection. It’s not a hard one to unlock, but it will require you to invest a lot of time. The list includes 8 Bronze trophies, 16 Silver trophies, and 4 Gold trophies. There will be trophies popping as you complete each of the story’s chapter. There are three trophies tied to Fist of Discomfort 2. The rest of the trophies will unlock based on the romance routes you take on, and another one for which of your stats is maxed out when you enter the final battle. Oh, and there’s a trophy tied to pizza on a bagel. You’ll know what I mean once you play the game. 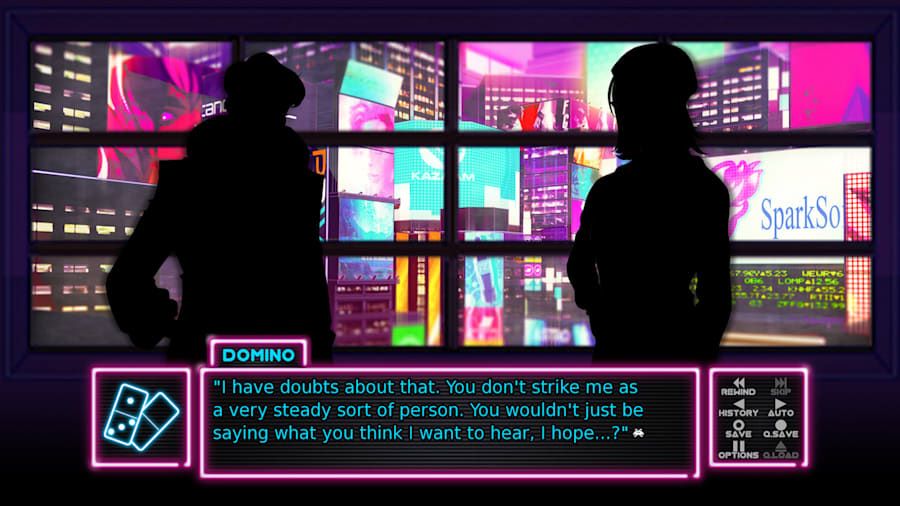 If you enjoyed Arcade Spirits, then you’re certainly going to love Arcade Spirits: The New Challengers. The game improves on everything its prequel did, even giving us a rock-paper-scissors style mini-game that is part of the overall story arc and your character’s motivation. There are nine romance paths and multiple endings depending on the choices you make along the way, greatly increasing the replay value. Arcade Spirits: The New Challengers is out on PlayStation 5 with a $19.99 asking price. There’s also a PS4 version available separately for the same price. 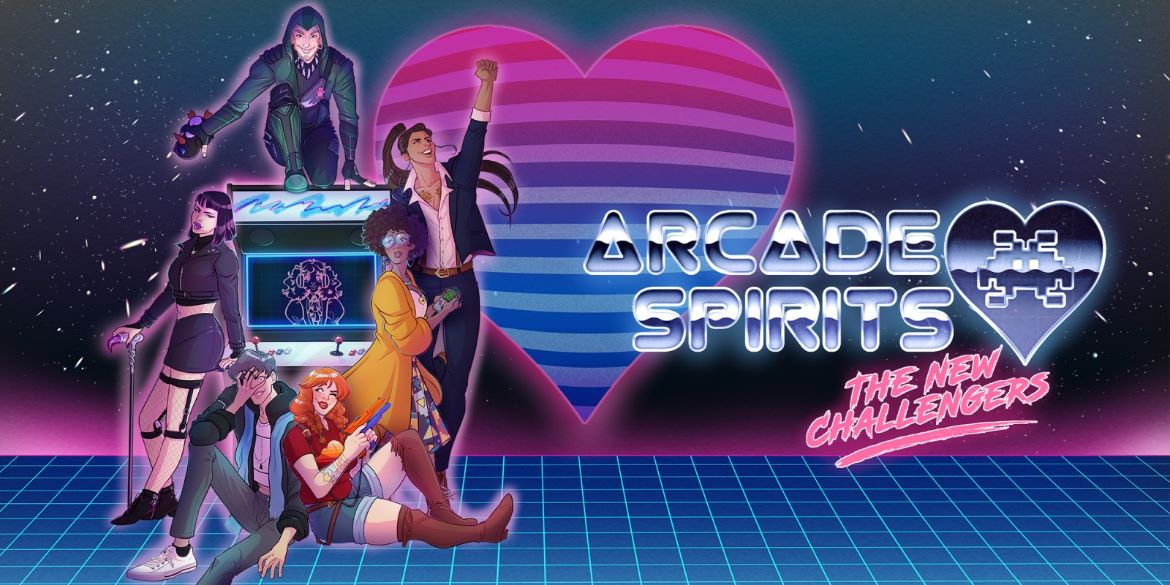 Disclaimer
This Arcade Spirits: The New Challengers review is based on a PlayStation 5 copy provided by PQube.