SpellForce III Reforced from THQ Nordic and Grimlore Games is a real-time strategy experience with accessible controls for consoles. The game was originally released for PC back in 2017, and it’s now been revamped for its console debut with a control setup that makes sense on PlayStation 5. It’s the year 518. The Mage Wars were ended by the Crown with the selfless sacrifice of the Queen. The Kingdom is in turmoil, with refugees seeking shelter from a mysterious and deadly plague only known as the Bloodburn. The game acts as a prequel to SpellForce: The Order of Dawn, the first game in the series.

Your quest will start by way of the Prologue set before the Mage Wars as you take control of General Sentenza Noria, Commander of the Wolf Guard. Rumor has it that a group of rebels is planning to overthrow the Crown and that they’ve currently taken refuge in a deserted castle in the wilds of Iskander. A mage by the name of Isamo Tahar is their leader, a charismatic but radical individual. You must do whatever it takes to defeat them before it’s too late. This is the game’s tutorial, which you’ll have to complete before your adventure can begin… as the son of Isamo Tahar! 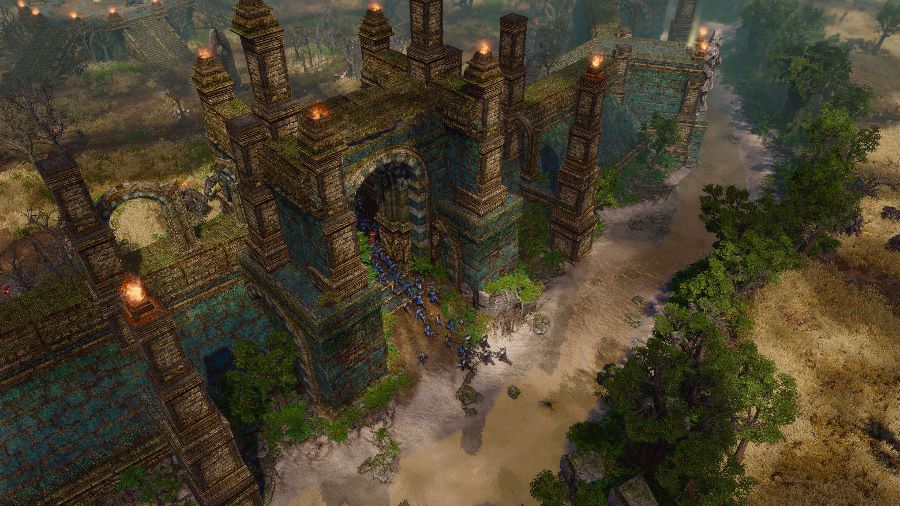 The game offers four different gameplay modes to experience. There’s Campaign, which can be played on your own or in co-op, with the default heroes, or with a special mercenary you can customize to your liking. Campaign Mode offers the Burning Blood main story campaign, as well as the Old Haalâyash scenario, which is a map set years before the main Campaign story. Skirmish allows you to take on opponents as you try to climb up the leaderboards to show your skills to the world. You can also take on the Journey Mode, which allows you to create a custom hero to then go on a special quest across different locations and scenarios of your choice. The last one is Arena Mode, which has you either hosting a game, joining an online session, or going at it solo as you select the factions and heroes that will come into play.


And before you dive into the game proper, you should visit the options menu to customize your experience. There you can change the text and audio language, decide if dialogue should continue automatically, enable or disable tutorials, select the music for the menu, the floating text for received experience, damage dealt by heroes and to heroes, critical hits dealt, gold you collect, resources delivered by workers/transports, or produced/processed by buildings, faction colors, and more. 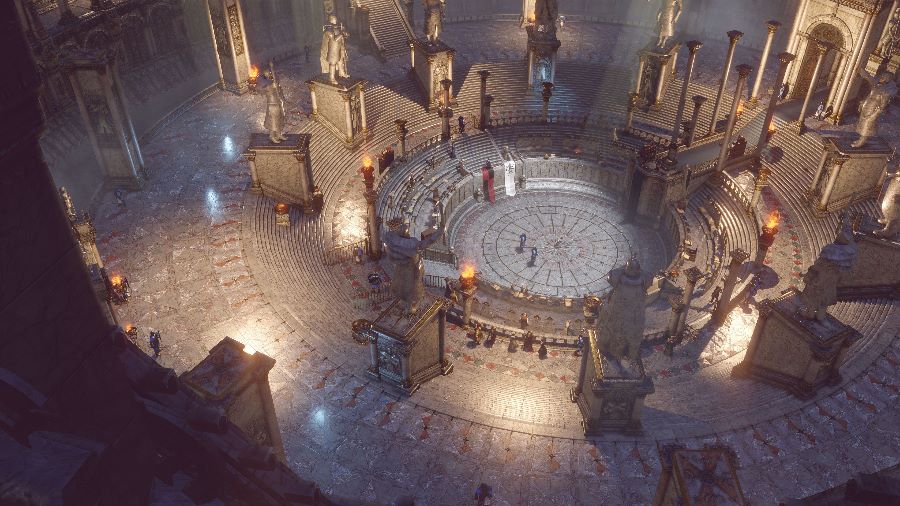 You can also decide the difficulty for the Campaign Mode between the four different choices: Easy, Normal, Hard, and Circle Mage. Easy allows you to focus on the story, with combat that is less challenging and heroes that are revived more often. Normal is the standard experience that the developers set out to deliver for the Campaign Mode. Hard is reserved for seasoned gamers who have experience with RTS games since any mistakes made along the way will cost you. Circle Mage dials things up to 11, so you’ll have to make the most of how you optimize your characters to be able to survive.

To control the action, you’ll move a cursor around the screen with the left analog stick as you rotate the camera around with the right one, zooming in and out as needed. The X button will be used for selecting units and buildings. You can select a single one or press and hold down the X button to create a selection circle so that you can control multiple heroes. If you press in on the right analog stick, you’ll be able to select all heroes at once. The Triangle button will allow you to issue commands. The Square button will be for Attack Mode so that you can defend your allies while taking on the deadly enemies that will try to destroy your efforts.


When interacting with your buildings, the D-Pad can be used to increase or decrease workers as needed. The Touchpad on the DualSense can be used to review your inventory. You’ll need to set your base to collect the resources needed to construct new buildings that can be used for a variety of purposes. If, for example, you want to attack a group of enemies at their camp, you’re going to need some additional soldiers by your side. This is why it would be a good idea to set up barracks that can allow you to recruit some archers and additional infantrymen. Pay attention to your surroundings so that you can collect as much loot as possible. You never know when you’ll find a healing potion to save a hero’s life or a more powerful weapon that can turn the tide of battle! 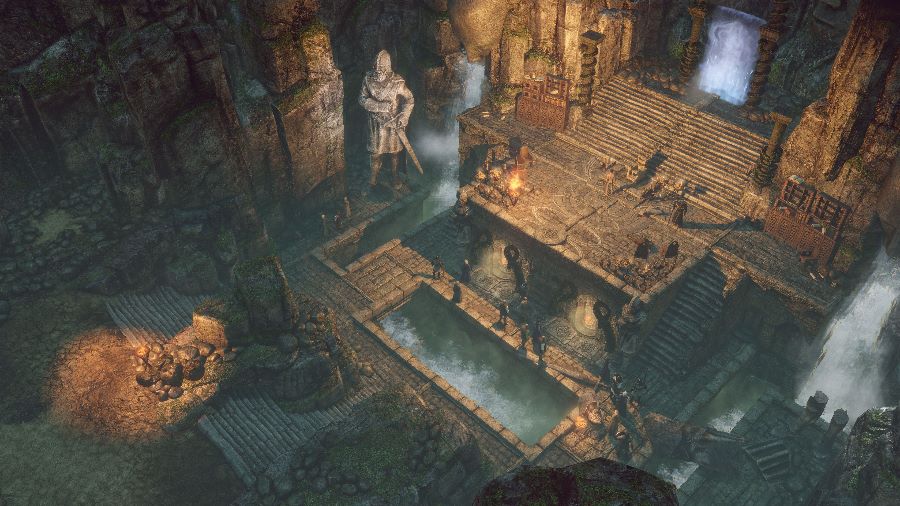 As you defeat enemies, you’ll gain experience points. Obtain enough, and your arty will level up. You can then distribute ability points on each of the different skill trees to unlock new abilities and perks. You could, for example, increase all damage against humanoid creatures, boost damage dealt with two-handed weapons, unlock the Heavy Strike ability so that you can deliver a powerful blow at the targeted foe, increase overall health, or use a Warcry to taunt all enemies in a small area around you.


Spellforce III Reforced has a full trophy list with a Platinum trophy, split into 52 Bronze trophies, 6 Silver trophies, and 4 gold trophies. You’ll get your first trophy when your party levels up, but after that, you’re going to have to progress through the game’s Story Campaign to be able to unlock most of the remaining trophies. There are three trophies in particular tied to the three factions in the game and the choices you make. There’s another trophy tied to playing a practice Skirmish match against the AI and some trophies tied to online ranked matches. There are also two additional campaigns you can purchase – Soul Harvest and Fallen God – and each one features additional DLC trophies for you to work on. Soul Harvest has 12 trophies, while Fallen God has 7 trophies. 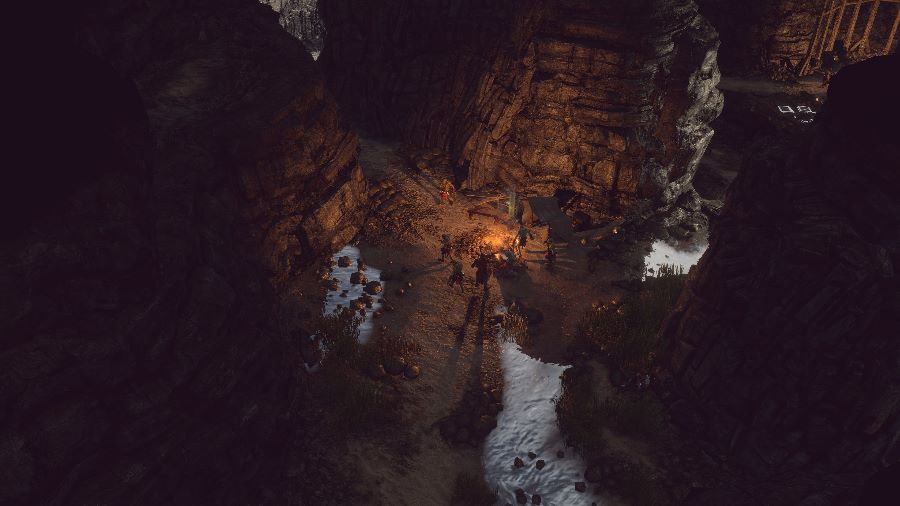 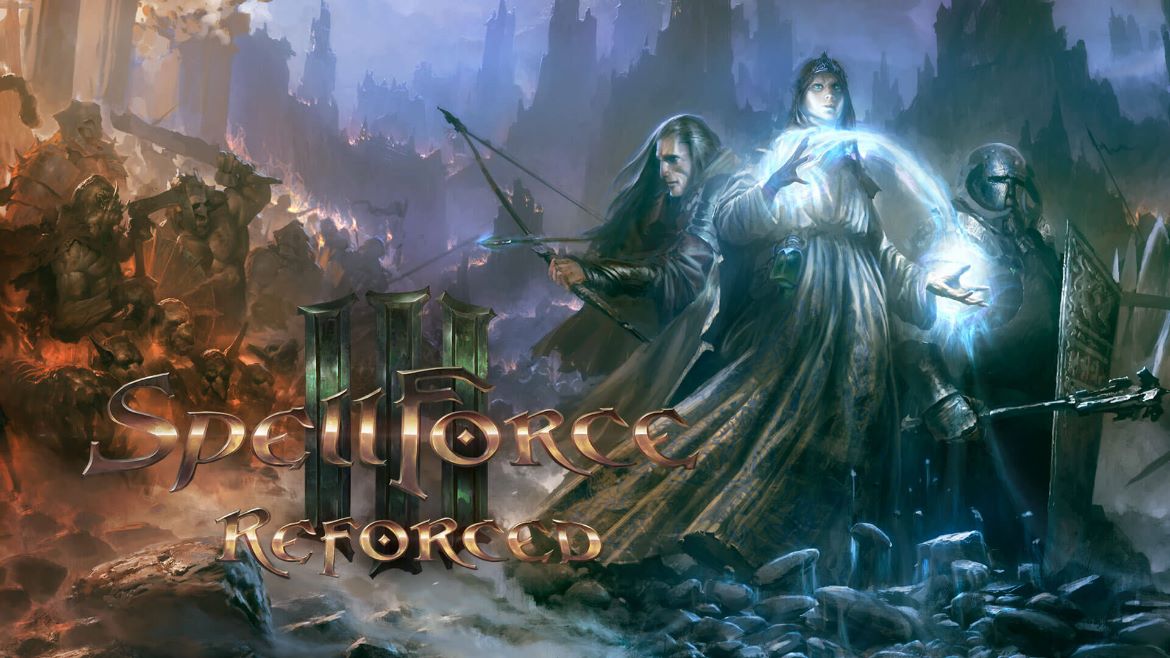 Disclaimer
This SpellForce III Reforced review is based on a PlayStation 5 copy provided by THQ Nordic.