Source of Madness by Carry Castle and Thunderful is a roguelite action game set in a Lovecraftian world. The game’s story is presented to you when you start the game, but you won’t get a lot of details. You learn about the existence of the Tower of Madness, far up in the skies, and that horrific monsters that have invaded the Loam Lands. Soon after, you’ll be completing a short tutorial in the Tower of Knowledge, only to end up leaving for the Loam Lands on your way to the Tower of Madness. 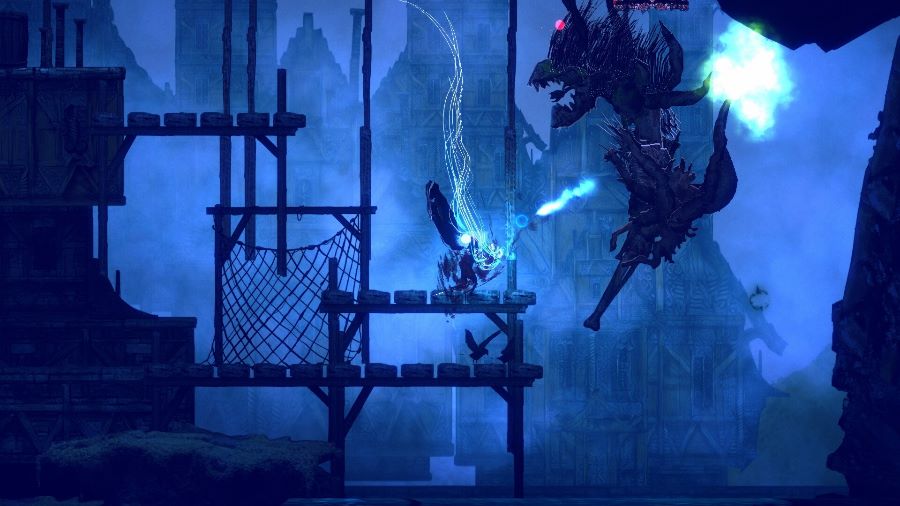 The game is played in a sidescrolling perspective, where you move around with the left analog stick, while the right one can be used to aim when you attack. The R2 and L2 buttons will be used for your primary and secondary spells, respectively, which are your main attacks, as long as you have equipped rings for both. The L1 and R1 buttons will be used for Augments, which you also need to be equipped. These are additional ways of attacking or defending yourself but with a longer cooldown period. The X button will be for jumping and double jumping, while the Triangle button will be used to pick up items. The Square button can be used to heal yourself if you have unlocked the ability to do so. The Circle button will be used to dodge. At first, it will only allow you to use it once before a small cooldown occurs. You’ll eventually be able to unlock shorter cooldowns.


As you progress through the lands, you’ll come across hordes of enemies that you can defeat with your spells and Augments, with a bit of platforming to navigate the maze-like levels the game offers. Some enemies will drop rings, Augments, or pieces of equipment that you can pick up into your limited space inventory, similar to what you can find in games like Diablo. You can choose to change any of those, allowing you to make your Acolyte better as you progress further into the game. You’ll also collect Blood during that time that will be usable when you die – and you will die a lot. After dying, you’ll be able to choose a new Acolyte – from a selection of three if you unlock the skill – with varying stats or classes and then visit the Blood Hall. This is where you’ll be able to spend those points in a huge skill tree for permanent upgrades before going back for another run. 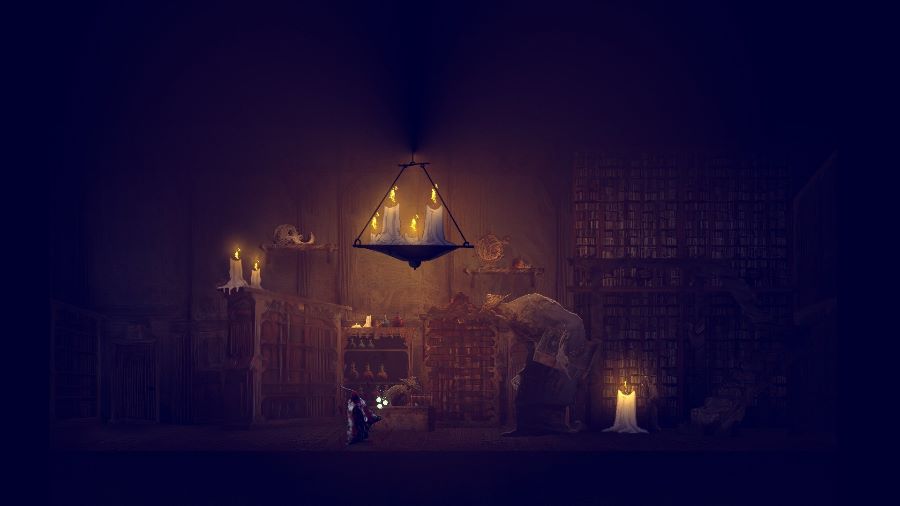 Visually, the game has a great yet dark and disturbing look. Animations, levels, and backgrounds are all great. Where the game truly shines is in terms of level and enemy designs, as they are all generated in each run. This means that the level layout will never be the same, as happens with a lot of roguelite games, but monsters are also procedurally generated, so you’ll never meet the same enemies between runs, which makes things quite varied.


After my first run – which didn’t last long because I was still getting used to the mechanics – I was greeted with the screen to choose my next Acolyte, and the first thing that came to mind was the excellent Rogue Legacy. The fact that you can choose between different builds, both in terms of statistics and equipment, forces you into trying out different things to successfully make it through the lands. After that, you can choose to purchase or equip things you’re more familiar with, but at least you get some variety from this. 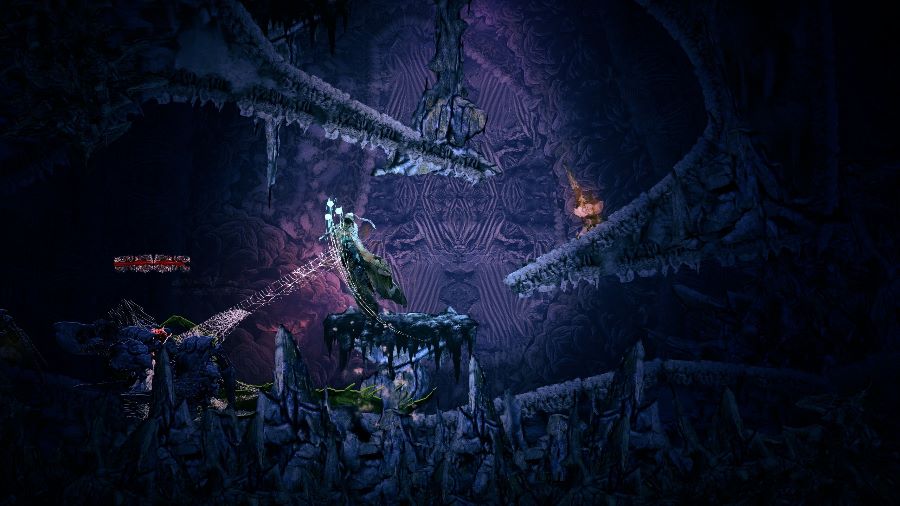 And it’s probably that variety that made the game really interesting for me because it ended up presenting a mix of different good aspects from a lot of great games. The one thing I did find a bit boring was the combat during the beginning. Since you don’t have powerful spells, stronger creatures can end up taking a lot of time to defeat since you’re basically spamming the L2 and R2 buttons while dodging without any real challenge, which leads to some repetition. Things do get better once you progress further and get access to better spells and Augments.

As for the trophies, this roguelite should take some time to Platinum, but it does have a list that’s definitely achievable. You’ll need to complete the game’s acts from the first to the third and reach the Tower of Madness, which will have the majority of the story-related trophies pop. Other than that, the rest will mostly be about killing a lot of monsters – at least 10,000! – and unlocking all of the upgrades. The few other miscellaneous trophies will pop naturally along the way. 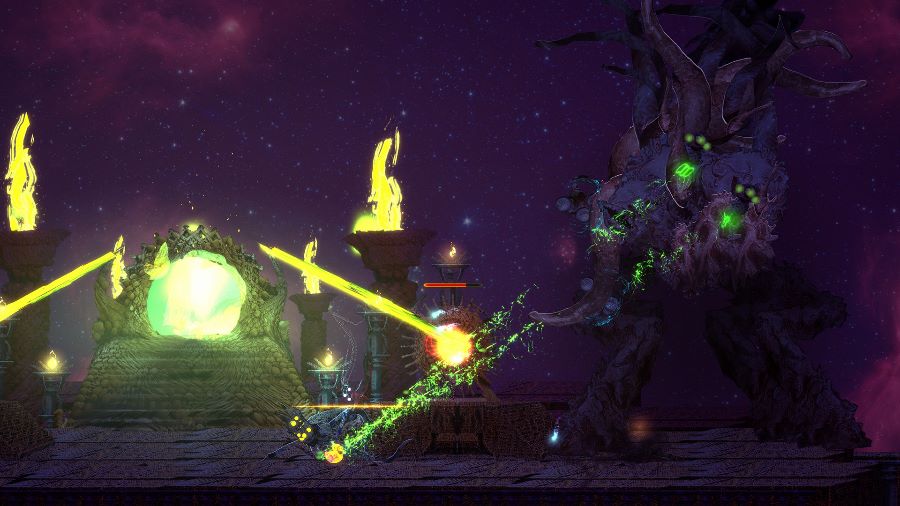 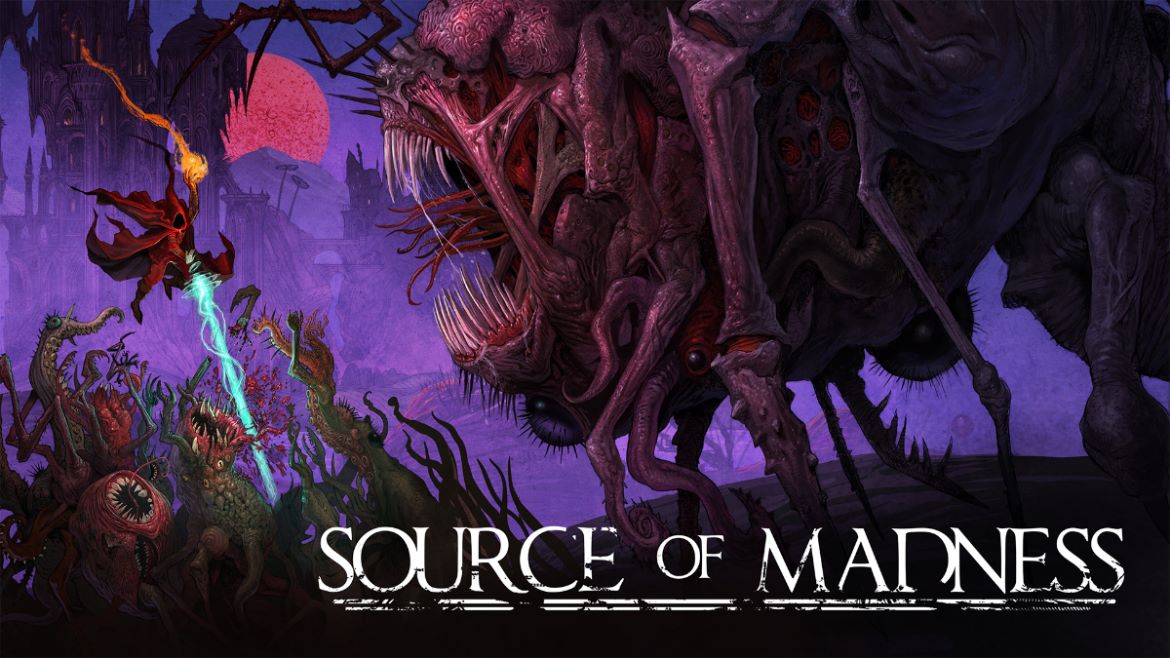 Dark and challenging roguelike with procedurally generated stages and enemies

Disclaimer
This Source of Madness review is based on a PlayStation 5 copy provided by Thunderful.

The Last of Us – Part I PS5 Reveal Trailer