Redout 2 from 34BigThings and Saber Interactive is the sequel to the 2016 anti-gravity racing game and the self-proclaimed fastest racing game in the universe. Find out if you have what it takes in our Redout 2 review!


Redout 2 from 34BigThings and Saber Interactive is the sequel to the 2016 anti-gravity racing game and the self-proclaimed fastest racing game in the universe. After watching a brief introduction, you’ll be taken to a tutorial race that explains the basics of the game. To accelerate, you have to hold the R2 button as you steer with the left analog stick. The right analog stick will be used to strafe left or right, while also controlling your ship’s pitch by pressing up or down, which is useful to maintain your momentum when going up or down some hills. The L1 button will allow you to use your boost, but it will gradually fill a meter that will eventually have your ship overheating and eventually explode if you keep on using it. Finally, the R1 button will be used for your hyper boost, which sends you at incredible speeds when available. 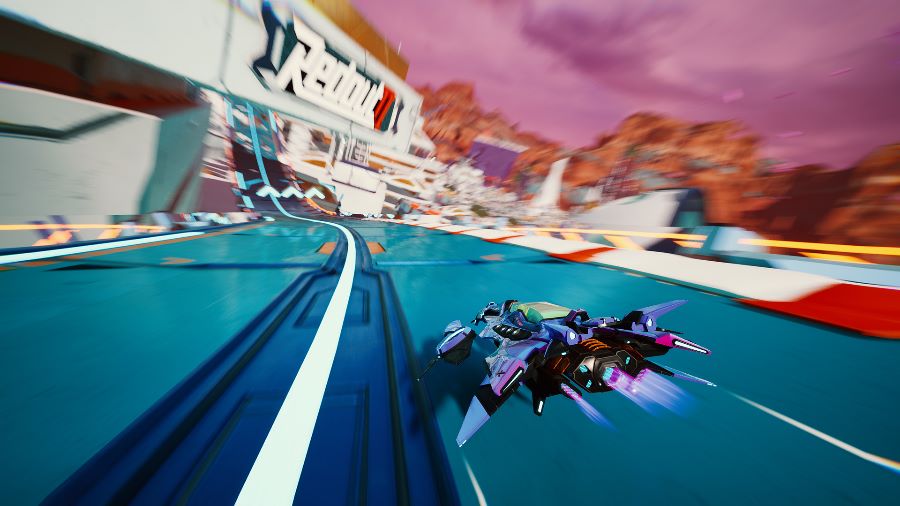 Once you’ve completed this, you’ll be at the menu where you can choose to compete in multiplayer races, Arcade races, or the Career Mode. In Arcade Mode, you can choose the location and track you want and then select any of the six race modes the game offers, from the classic Race to things like Last Man Standing, where speed increases over time, and you have to be the last ship that’s left on the track.


Where the real heart of the game is, at least for me, is the Career Mode. When you begin, you’ll see that there are five Leagues you can race in, with only the Trials one unlocked at first. Once you complete the first four events of it, you’ll unlock the B League, which contains a total of 41 events. As you progress, you’ll be able to unlock the next Leagues until you can reach the final one, the SRRL Invitational. The majority of the events will give you the possibility of winning four stars, where three are given from the podium position and an additional one for an extra objective specific to that race, like winning by a 500 meters distance, for example. Inside a League, you’ll have to earn a certain number of stars to be able to unlock the subsequent ones. 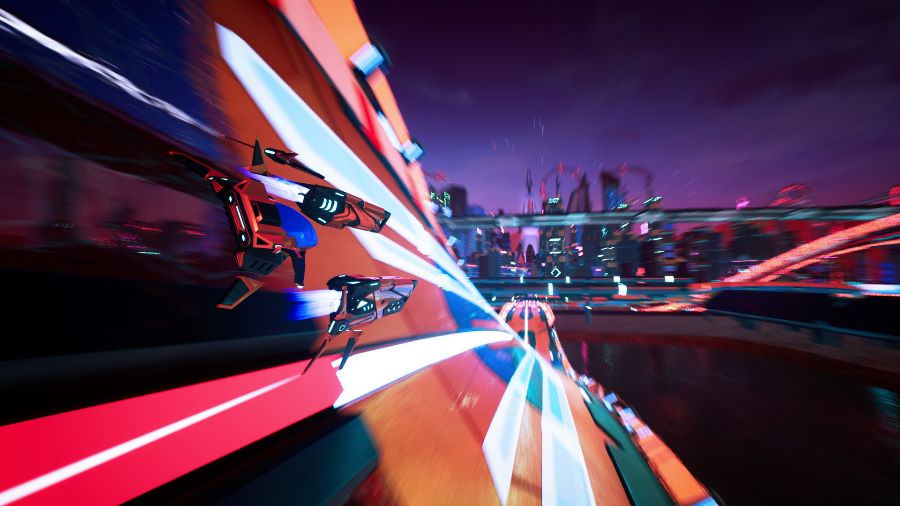 You’ll also notice that each race has a range indicator showing the accepted power for the ships. At first, it’ll be pretty low, but as you win races, you’ll gain additional parts for your ship that you can equip to boost this power indicator. In a sense, it reminded me of how you can upgrade your car in Gran Turismo 7, except for the fact that you earn parts after races instead of having to purchase them. For a game that runs at ludicrous speeds, I found things to be running incredibly smooth. There are some lush background landscapes to see that vary between locations, but at the speed you’re going, the focus is not really on this but more on the tracks and what’s coming ahead. On that end, the tracks are greatly rendered and easily distinguishable from the environment.


My experience with the game can be seen as two different things. The first one is a rather frustrating experience. To be able to dive into the Career mode, you have to complete the four Trials events first, but without the possibility of adjusting the AI difficulty or one of the many AI Assist parameters. Considering the AI is extremely skilled even on lower levels, and with rather minimal tutorials on how to be truly efficient, it made those first four events a real chore. But once I got through them (it took me a whole evening), things opened up, and I was able to adjust the difficulty to reflect my skills – or lack of. 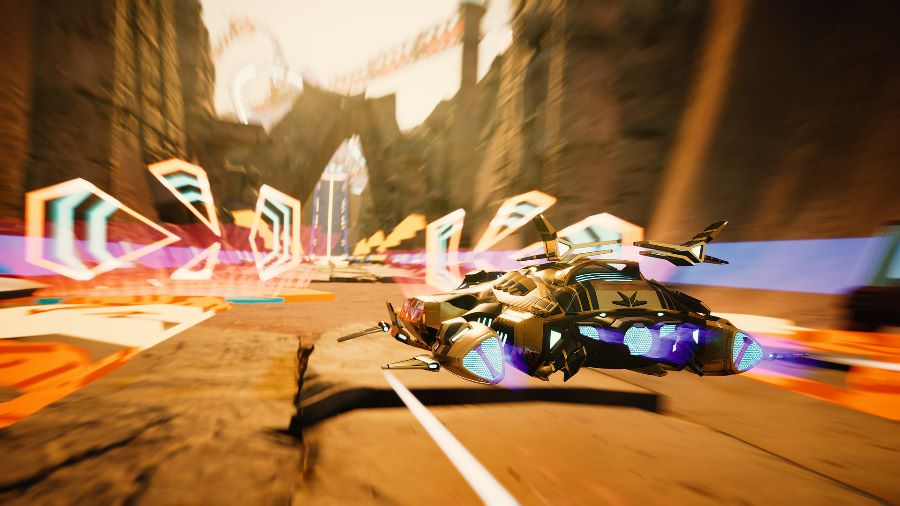 This brings me to the part where I really enjoyed the game. I’m a big fan of WipeOut, so I really liked the speed feeling the game offers. The fact that you can adjust a lot of settings to assist you makes it more approachable also, and you can gradually tune them to eventually get closer to the real experience as you get better. There’s also so much content in the game that it’s impossible to deny the replay value it offers. Moreover, if you purchase the Deluxe Edition that includes the season pass, you’ll eventually be greeted with new locations, career events, and parts for your ships to increase that even more.


As for the trophies, the vast majority of the trophies will pop by getting through all the Career events, which is a quite impressive accomplishment. The rest will be a mix between a few multiplayer trophies and some more specific tasks, like winning a race with a 0.01-second lead that you might have unlocked through natural progression. The full list includes 43 Bronze trophies, 8 Silver trophies, and the one Gold trophy. 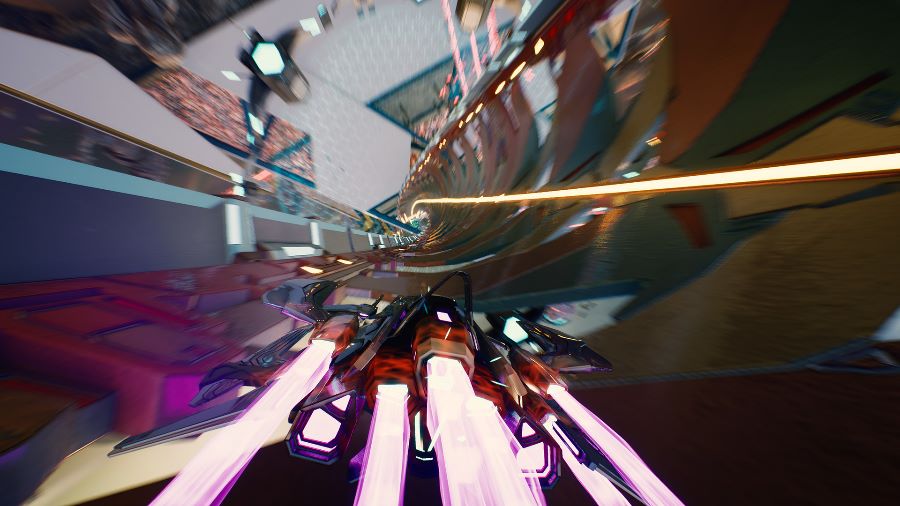 Redout 2 kicks off in a challenging way if you’re not experienced at that kind of game, which might put some people off. But if you get past that, there’s a great anti-gravity racing game underneath that should provide dozens of hours of fun for anyone willing to put the effort in. Redout 2 is out on PlayStation with a $29.99 asking price as a Cross-Buy title, granting you access to the PS4 and PS5 versions. You can also get the Deluxe Edition for $44.99, which includes the Season Pass for the game. 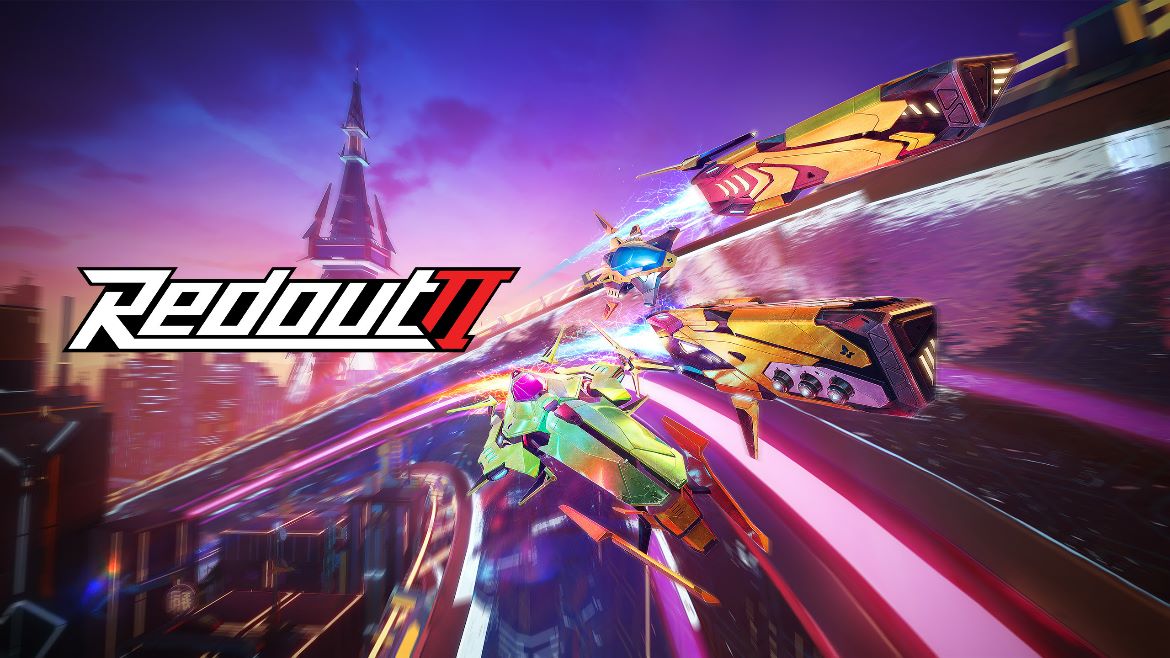 Disclaimer
This Redout 2 review is based on a PlayStation 5 copy provided by Saber Interactive.