Hellgunner from Sergio Poverony and Ratalaika Games is an action game with an easy Platinum trophy. Check our Hellgunner review!


Explore massive 2d maps, shoot down enemy combatants, and blast your way through 20 levels. Can you take down the tough boss at the end of each area?
If playing alone isn’t awesome enough, you can also team up with a friend for double the mayhem.

Hellgunner is a new Ratalaika Games release in which you’ll explore several maps and eradicate every living thing that crosses your path. The gameplay is quite basic since you’ll move your character with the left analog stick as you use the right one to aim your gun. You fire your weapon with the R2 button. Your character has 64 bullets of ammo, and as you shoot continuously at enemies, your ammo will reduce progressively. Stopping to shoot will automatically – but slowly – replenish your available ammo. You’ll inevitably eventually run out of bullets, and you’ll quickly realize that a good part of the game will be spent waiting for the ammo to replenish. It’s even worst during boss fights when you have an opening but have no ammo left. This slow auto-refill for ammo quickly became quite annoying. 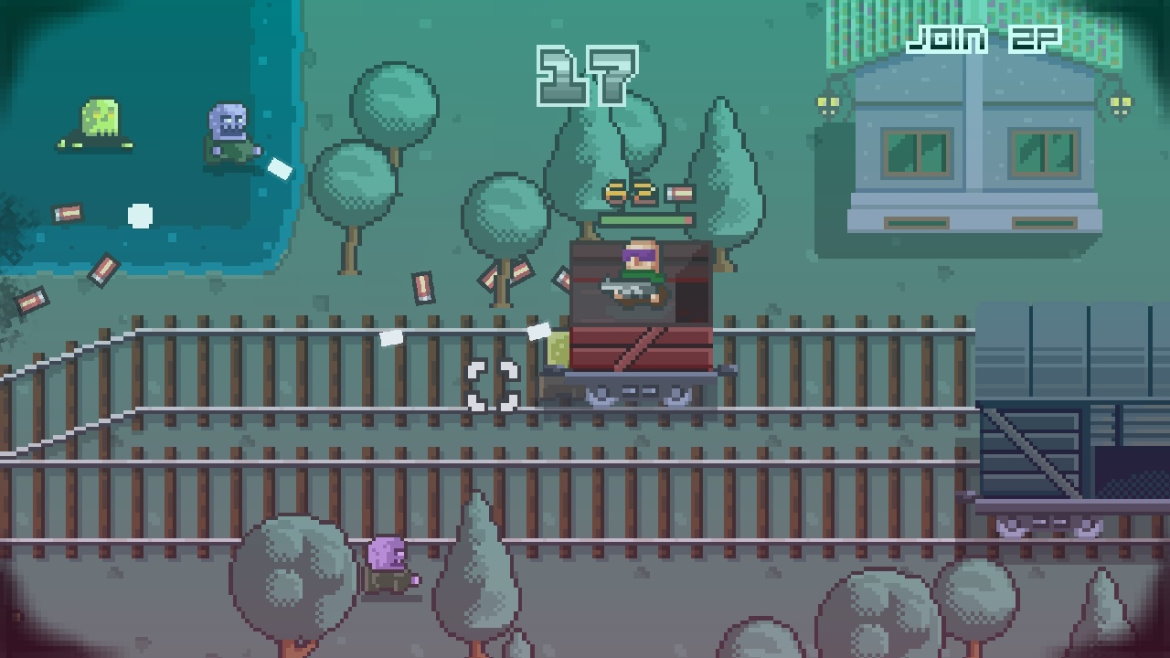 The locations and maps are well-drawn in pixel art, but apart from the few late ones, they are tiny. On the enemy side, you’ll meet different flavors of zombies and military men. If the land is overridden by a zombie apocalypse, then why is the military against you when you’re on your way to getting rid of them? This feels incoherent.

There are five worlds to explore, and each one is separated into a few levels, which will often take about a minute to explore and complete. At the end of each world, you’ll face a boss. All of the five bosses of Hellguner are very generic and don’t stand out. They have weak spots and can only be damaged if they are hit there. 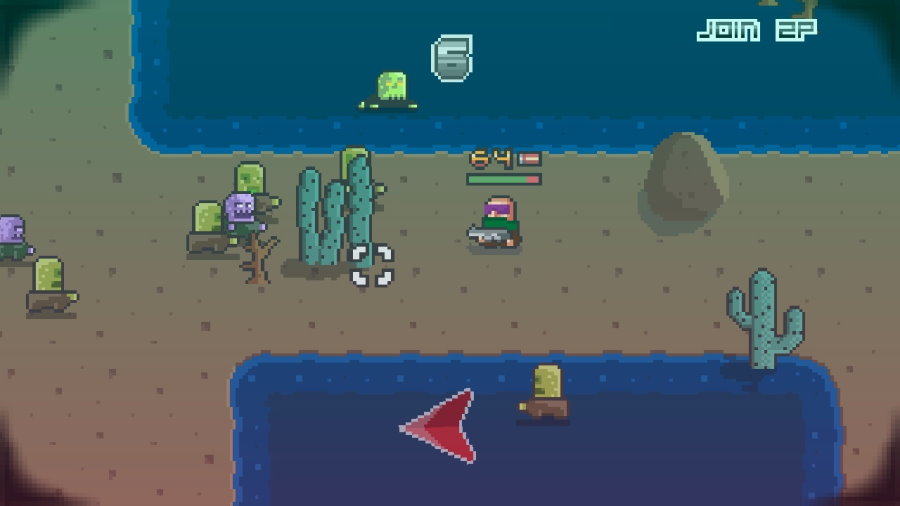 There are three difficulty settings, from easy to hard. The Platinum trophy can be achieved at a faster pace by selecting the easy setting. Hellgunner also supports local multiplayer if you would like to play this short campaign with a friend. Being a Ratalaika Games release, you can expect to earn a new easy Platinum trophy, and since the game is Cross-Buy, you’re getting the PlayStation 4 and PlayStation 5 versions for the same price. Trophies are awarded for progressing through the game and completing every level in this game. There are four missable trophies as you’ll have to find four boxes hidden in levels 1-4, 3-1, 4-2, and 5-2, so be sure to find those before finishing each level since there is no level select in this game. Obtaining the Platinum should take you around 45 minutes to an hour at most. 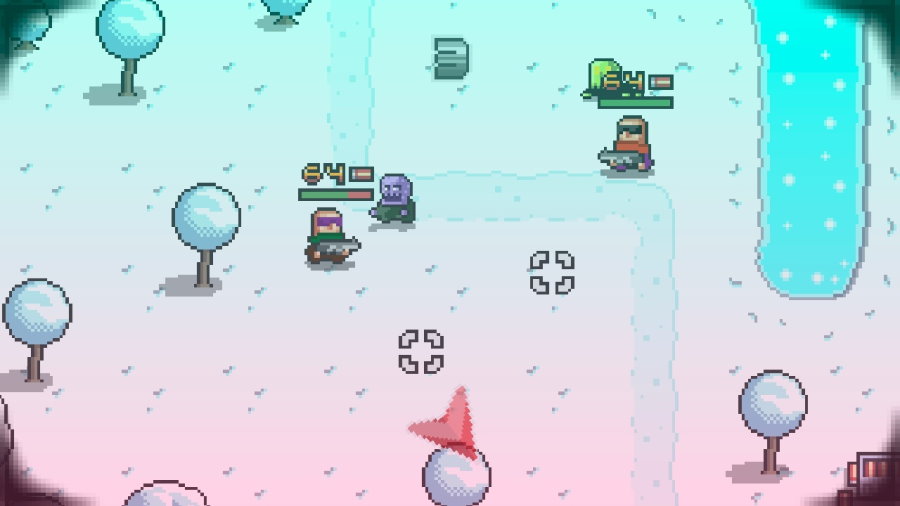 Hellgunner is an okay twin-stick shooter action game with nice pixel art, but everything feels too generic. The levels are tiny, and the bosses are random things you’ll have to fight. The whole game can be beaten in around 45 minutes and can net you two new Platinum trophies, thanks to this being a Cross-Buy release. At least the game is available at a low $4.99 price. 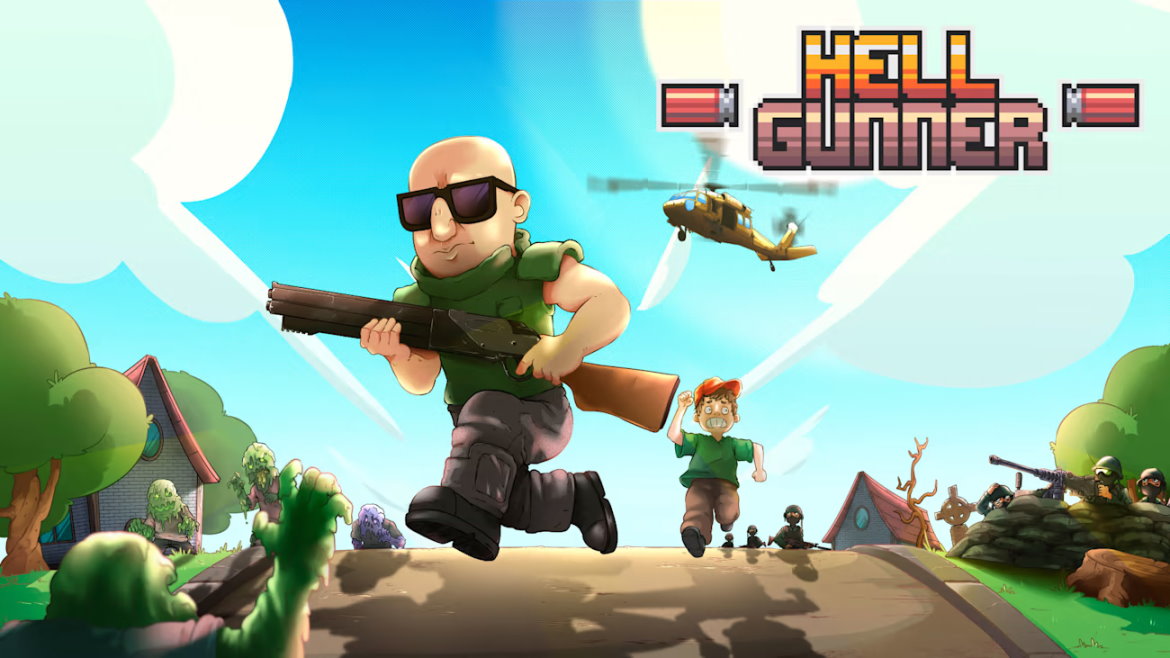 Disclaimer
This Hellgunner review is based on a PlayStation copy provided by Ratalaika Games.

Cloud Gardens Out Next Week