System of Souls by Chaotic Lab and Sony Interactive Entertainment is an interesting first-person puzzle game that sees you navigate test rooms to try to regain your memory. Find out how it turns out in our System of Souls review!


System of Souls by Chaotic Lab and Sony Interactive Entertainment is an interesting first-person puzzle game that sees you navigate test rooms to try to regain your memory. The game starts with you waking up… in an android body. A voice speaks to you, telling you that you have returned to consciousness and that she will help you complete your rehabilitation. As you progress through the different concepts to rehabilitate you, you’ll learn that you were the victim of an accident and that they saved you, put your soul in that android body, and completing tests will help you regain access to some parts of your memory. As you unlock more of your memories, the story will let you know about the events that led to your situation, and you’ll learn more about who you were. 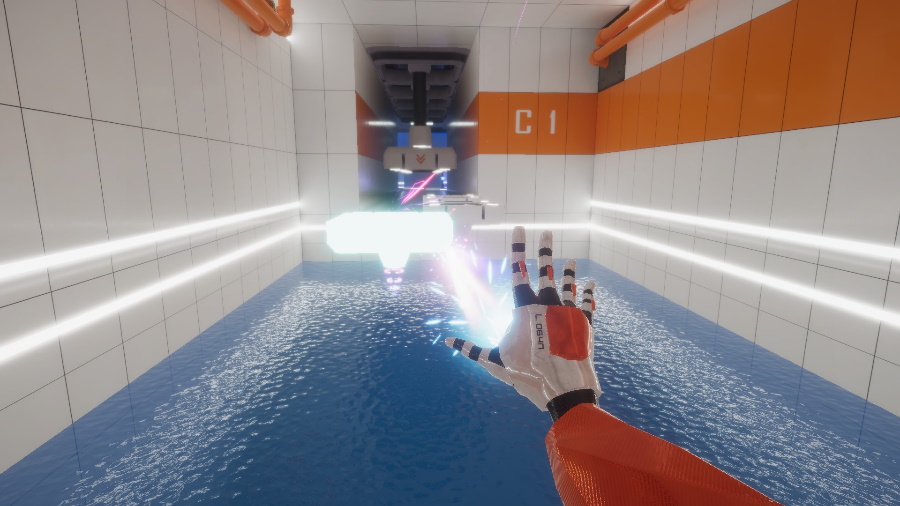 The game is played from a first-person perspective, and you have to find a way to unlock a room’s door in order to proceed to the next one. You’ll move with the left analog stick and use the right one to control your camera. To jump, you’ll use the X or R2 buttons, while the L2 button – or a press of the L3 button – will make you run. To unlock doors, you’ll have to activate the Synaptic Activators that are linked to them, which can be either red or blue. To activate them, you’ll need to grab either a Long Term Memory Box for the red ones or a Short Term Memory Box for the blue ones and drop them on the Activator. For the red ones, you’ll need to stand next to them to be able to pick them up with the R1 button, while for the blue ones, you’ll be able to aim at them and hold R1 to pull them over.


You’ll also encounter Plasma Flowers, which are proximity-activated flowers you can hook onto using the R1 button to create a rope to swing from. If swinging from one to another proves to be difficult, you’ll be able to slow time down while in the air by pressing the R3 button so that you have a bit extra time to position yourself and aim at the next flower. Other elements will gradually be added to help – or complicate – your puzzle-solving, like the Thrusters that can make you or a box bounce or some Empathic Borders, which are some type of force fields that reverses the gravity of certain objects when you pass through them. 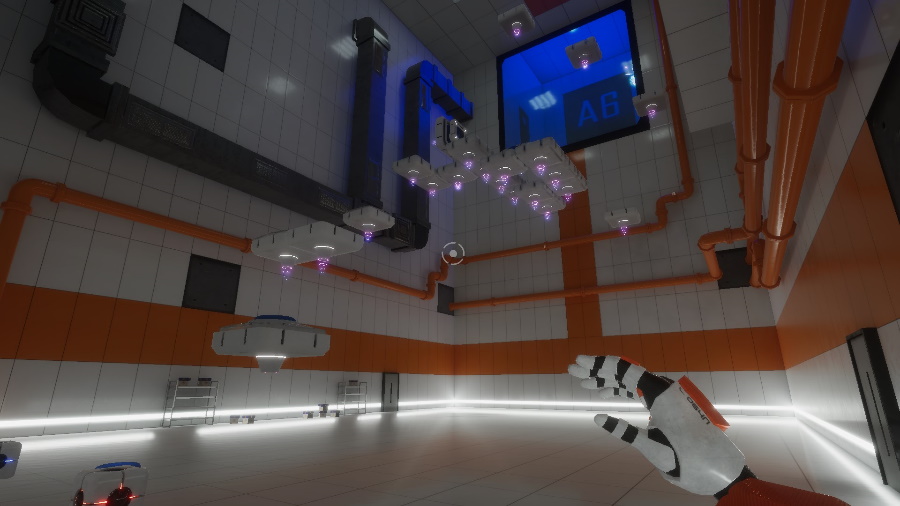 Visually, the game uses a generally minimalistic style, where the walls in the rooms are all white so that your attention can quickly be driven to the different blue or red objects. There are occasionally breakout rooms where you’ll encounter robots that you can speak to, but the majority of your time is spent in white rooms. During the first few levels, I found myself enjoying the game’s mechanics, which are pretty easy to pick up and also given at a nice pace so that you can take the time to play around with them before new ones are added into the mix.

It didn’t take long, though, before I had to start thinking outside of the box in order to solve the puzzles. Most of the time, you only have to figure out the steps to follow to end up with the box on the Activator, but sometimes they add a little bit of challenge by having you complete steps within a certain time limit. Otherwise, a box will fall in the water, for example, and you’ll have to start back what you were doing. I also liked how they were able to tie a mysterious aspect to the story so that you want to reach that next Evocation Room to see some more of your memories. 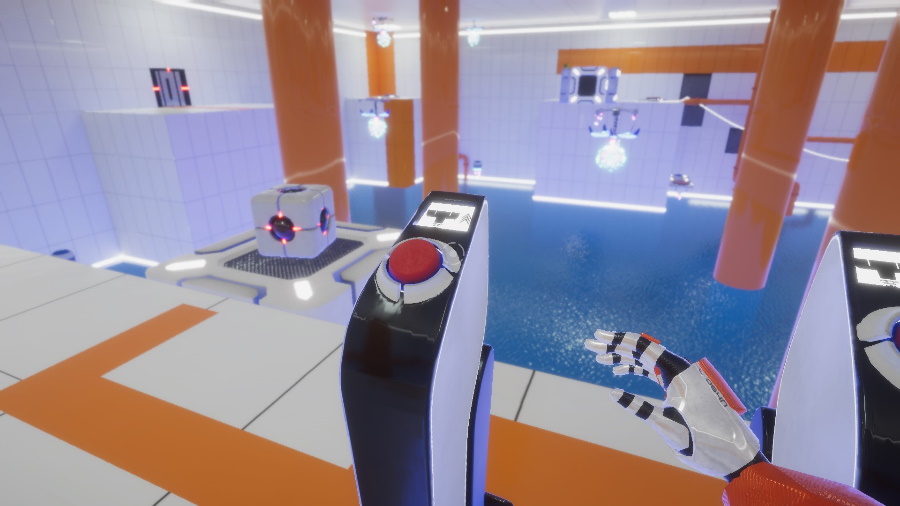 In terms of trophies, a lot of them will pop naturally as you play, but a few things can be missed, which would likely require additional playthroughs. For example, there are a total of 50 collectible Rubik cubes to find, which are sometimes creatively hidden in levels, so you have to ensure you grab each one before moving to the next room. There’s also a trophy for completing the game on under three hours, which will likely be done on a second playthrough once you get the hang of things and know what each room will throw at you. 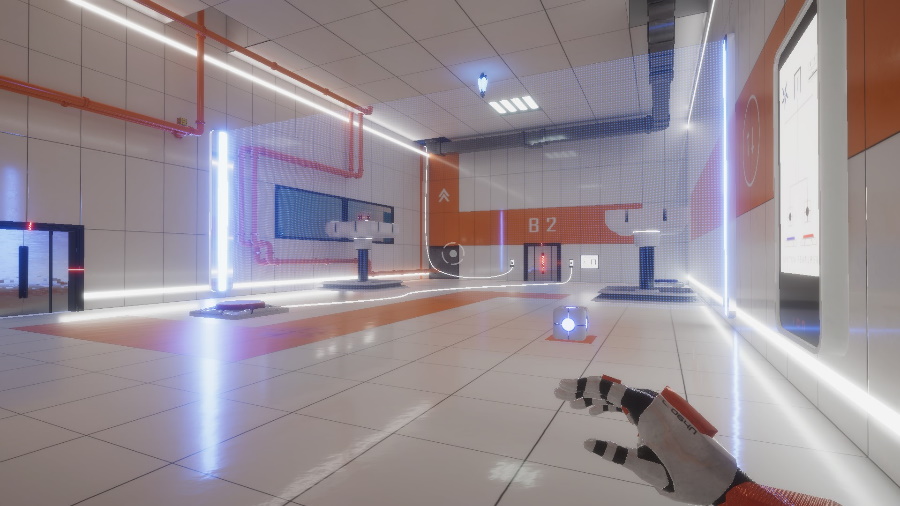 System of Souls is a nice and rewarding puzzle game on PlayStation 4. It starts out smoothly but evolves into a game that offers a good challenge and forces you to find creative ways to solve each room. Although it’s not the same concept, it does have a bit of aPortal vibe that should definitely please fans of that game. It’s definitely one that’s worth playing for fans of first-person puzzle games. System of Souls is out on PlayStation 4 with a $14.99 asking price. 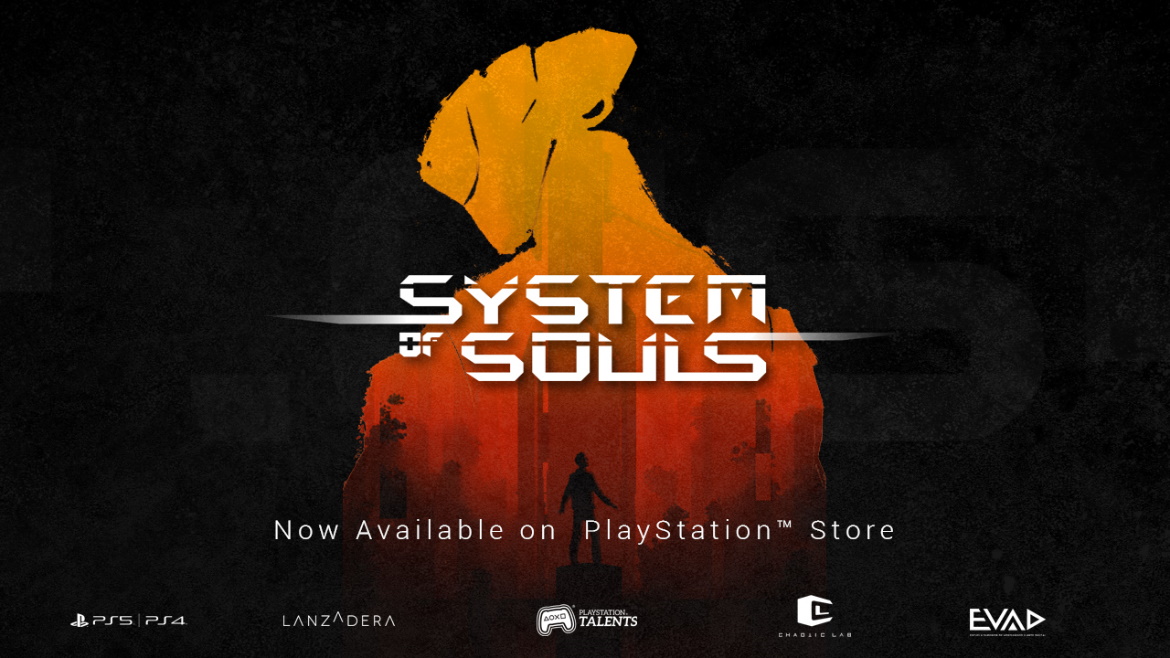 Disclaimer
This System of Souls review is based on a PlayStation 4 copy provided by Sony Interactive Entertainment.