Hillbilly Doomsday from Sometimes You and Uncle Frost Team is a retro-styled 2D action game on PlayStation 5. Everything was well until an unknown enemy turned almost everyone on the planet into a zombie. As expected, chaos ensued. Uncle Billy won’t let this continue, which is why he sets out on a quest to destroy every zombie creature and enlarged vegetable on his path, defeating hundreds of enemies and gruesome bosses to save humankind. 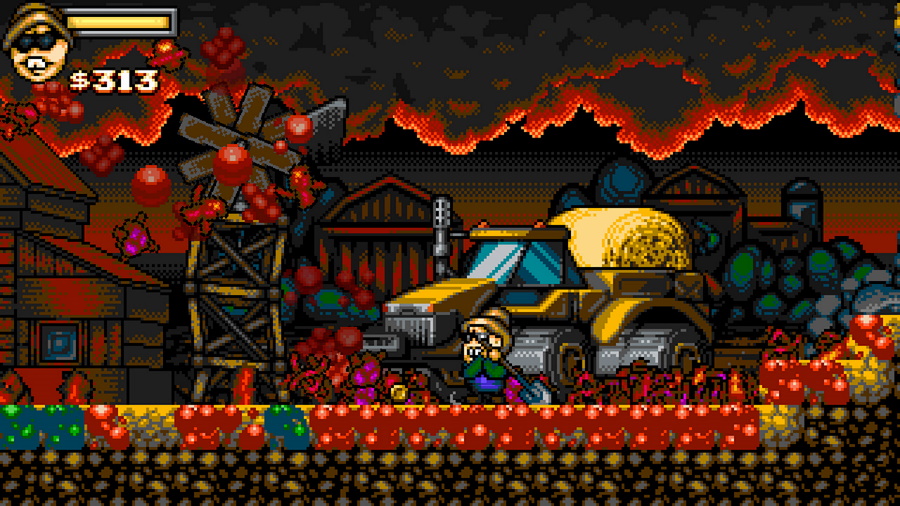 You’ll control your character with the left analog stick or the D-Pad as you move the camera as needed with the right analog stick. The Square and R2 buttons are used for attacking, and the X and L2 buttons are used for jumping. The L1 and R1 buttons will allow you to cycle through your weapons, or you can quickly switch by pressing the Triangle button. The Circle button is used for interacting. NPC will talk with you as soon as you approach them and will have fully voiced dialogue of varying quality. 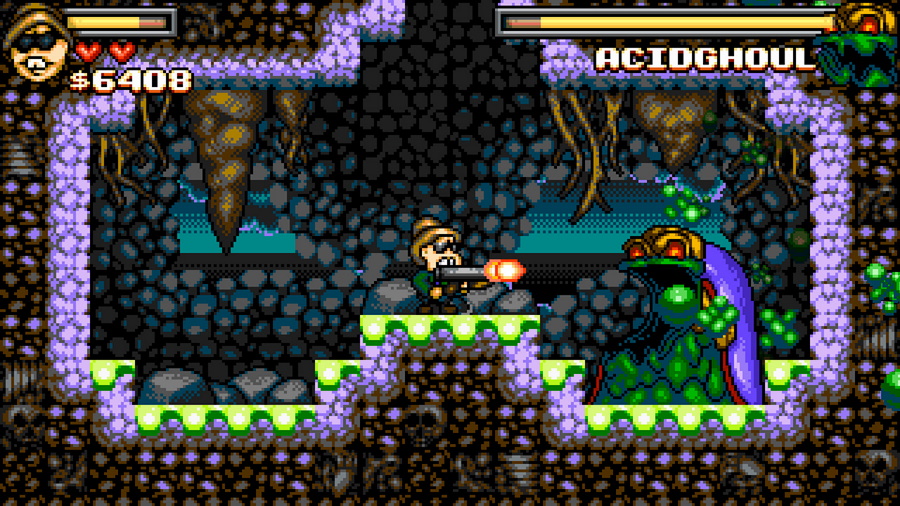 The money you collect as you explore each stage and defeat the hundreds of enemies out to get you can be used to purchase a burger to heal your wounds, several armor upgrades to boost your overall health, purchase an extra life, buy a magnet to attract money towards you, as well as buy new weapons. You can buy a second pistol, a micro-SMG, a flamethrower, a shotgun, a minigun, and an RPG. You start the game with only a shovel for melee attacks and a single pistol, so buying extra weapons is a must. 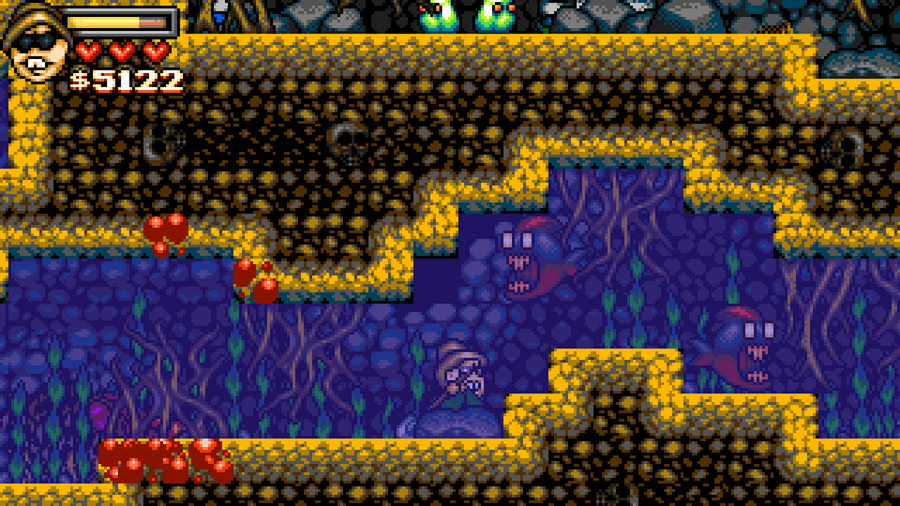 The game has a full trophy list with a Platinum trophy, a list that is split into a single Bronze trophy, 8 Silver trophies, and 8 Gold trophies. There are technically a handful of missable trophies since you could complete the game without collecting enough coins to purchase the weapons you need and the magnet item. You could also collect enough coins and not buy said weapons and the magnet since you only visit the merchant at the start of each level from the second stage and on. Other than that, you’ll get trophies for defeating each boss in the game, for completing the level, and for defeating 100, 500, and 1,000 zombies. 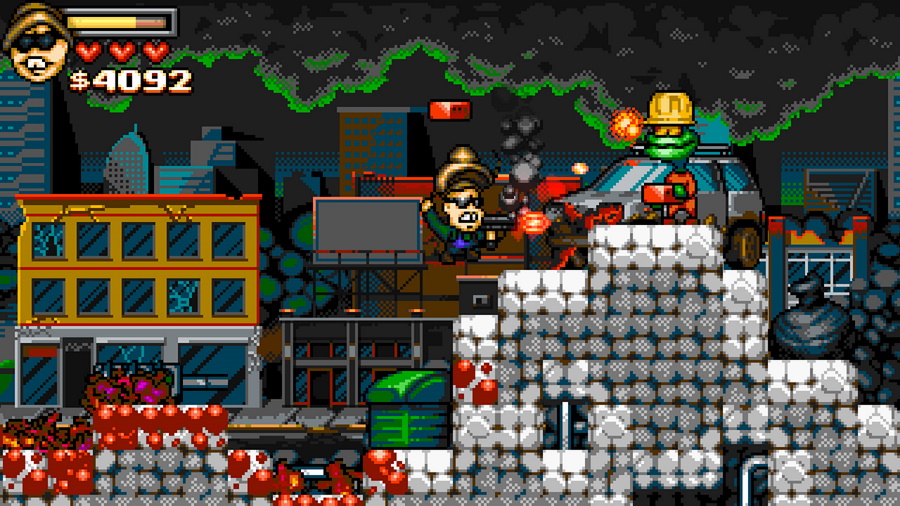 If you’re looking for a retro-styled 2D action game you can take on for a ride on PlayStation 4 for a couple of hours, then Hillbilly Doomsday is a good option. Other than a few potentially missable trophies, the rest of the trophies will unlock at a steady pace as you progress through the game, and you can have a new Platinum trophy for your collection in two hours at most. Hillbilly Doomsday is out on PlayStation 4 for $4.99. 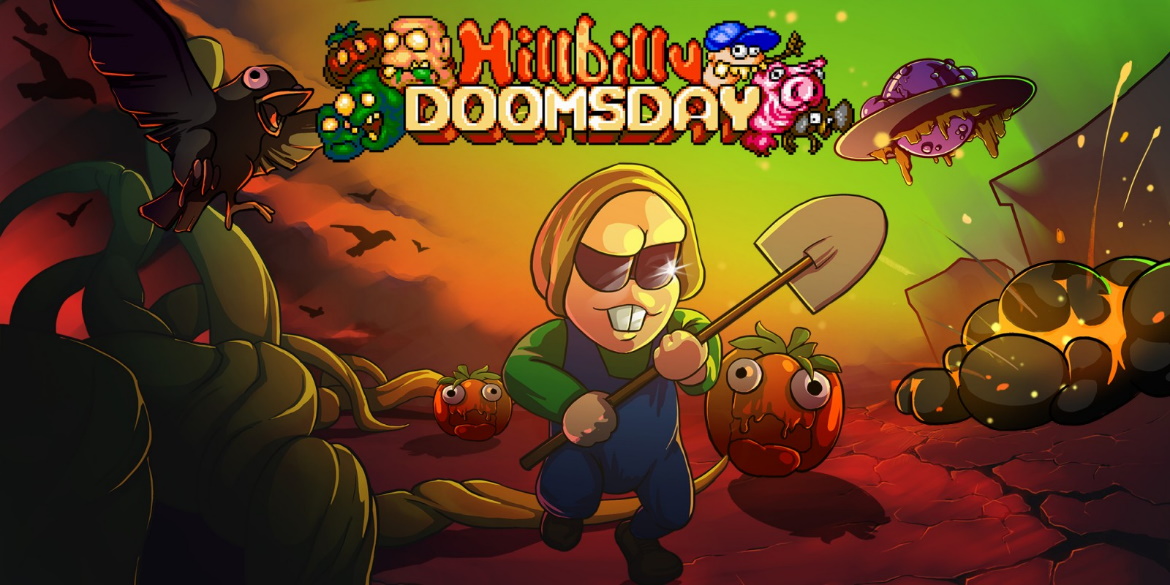 Disclaimer
This Hillbilly Doomsday review is based on a PlayStation 4 copy provided by Sometimes You.