TOKOYO: The Tower of Perpetuity from Playism and //commentout is a 2D Roguelike action-platformer set in a regenerating tower. You’ll explore the Tower of Perpetuity, a tower of building blocks constructed from the remains of a forgotten world. As a worthy soul, the tower has decided you can explore it. If you want to return home, then all you need to do is climb all the way to the top of the tower! 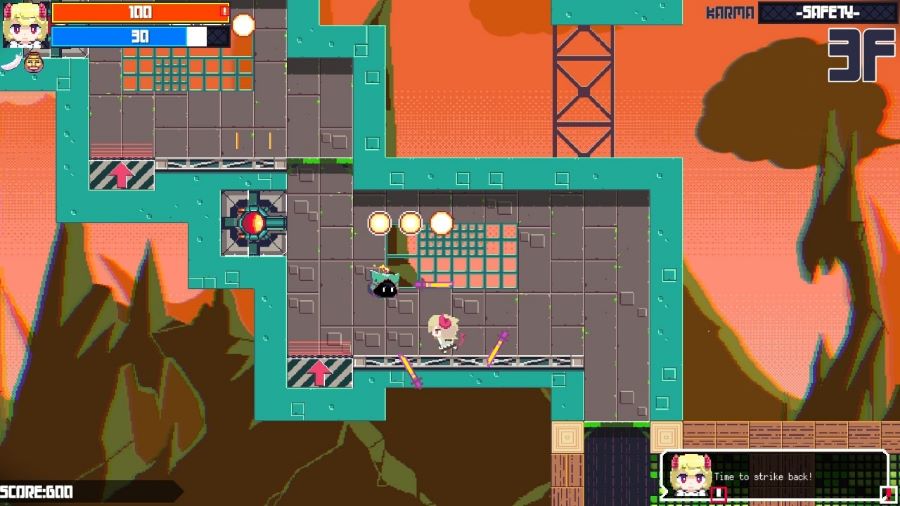 You can play as one of five characters: Shippo de Tail, the sickly dragon girl; Cocoa, the maid from Hell; Kukuri, the fox spirit kunoichi; Inibi, the proud fox spirit; and Kane, the automated cleaning robot. Before starting a run, you’ll get to pick one item to help you on your climb. You could, for example, pick the Haniwa of Happiness, which restores Karma for 0.9 seconds when killing a humanoid enemy. Another option could be a Warm Peach which increases the Karma reduction rate by 1.1. Or maybe you’d like some Antimatter, which can restore 1.5 MP when switching floors.


You’ll move your character around with the left analog stick or the D-Pad, jumping and double jumping with the B button and performing actions with the A button. Skills are mapped to the Y button, and they use up MP when activated. Your MP bar will slowly fill up after activating a skill, and this will act as a cooldown to balance things out. As you explore the tower, your Karma will build up – you can see it on the upper right corner of the screen. To remain safe, you should get through each floor as fast as possible to shave down some Karma when switching floors. 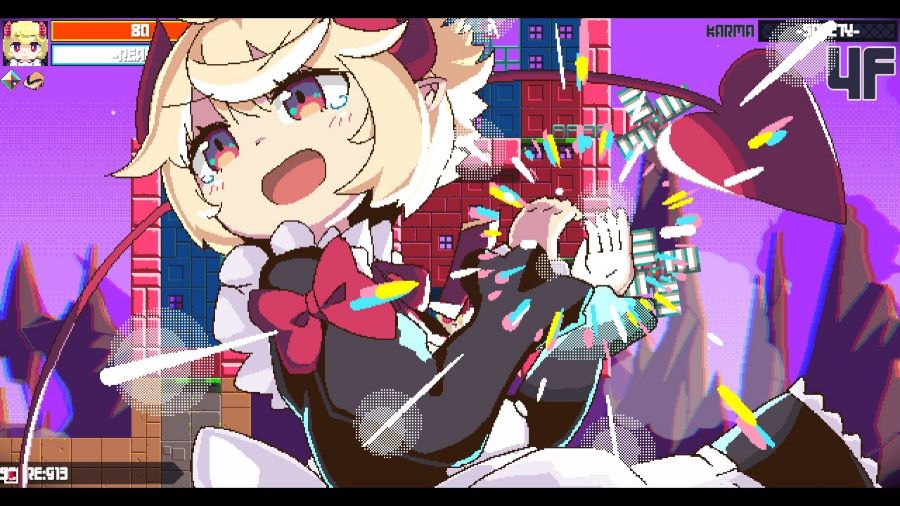 What’s interesting about the procedurally tower you’ll explore is that the titular TOKOYO tower will change every 24 hours in the real world. This means that everyone around the world will get a chance to play through the same tower for one day before the tower’s layout, enemies, traps, and bosses are switched around for the next 24-hour period. Thanks to this, you’ll be able to compare your performance against that of gamers from around the world by reviewing the tombstone that is placed where each one died, along with their relics and last words. 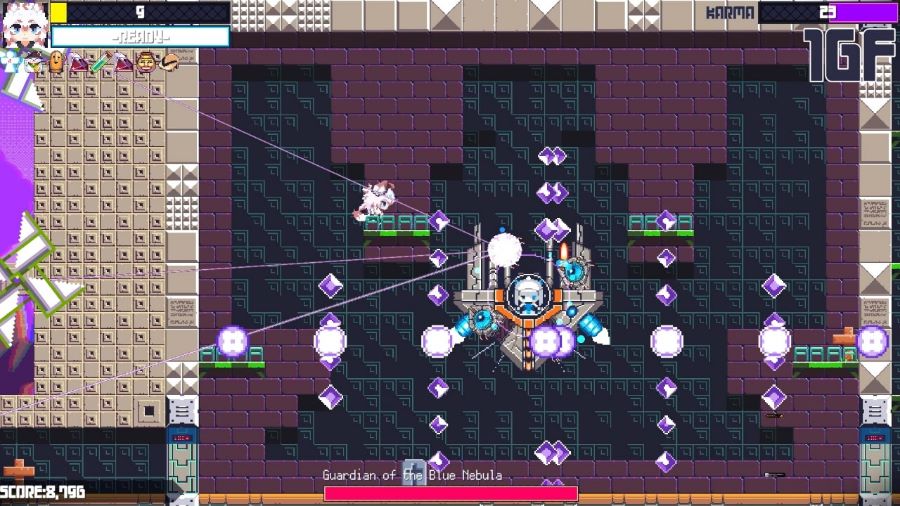 You’ll have to pay attention to each enemy’s movement and attack patterns so that you can time your skills to deal enough damage to defeat them without leaving yourself wide open to an attack. Your HP is limited, and unless you find items to heal your wounds and collect what is needed to boost your total HP, every attack an enemy lands on you will certainly bring you one step too close to defeat! The same applies to bosses, who can deal a ton of damage with their attacks. 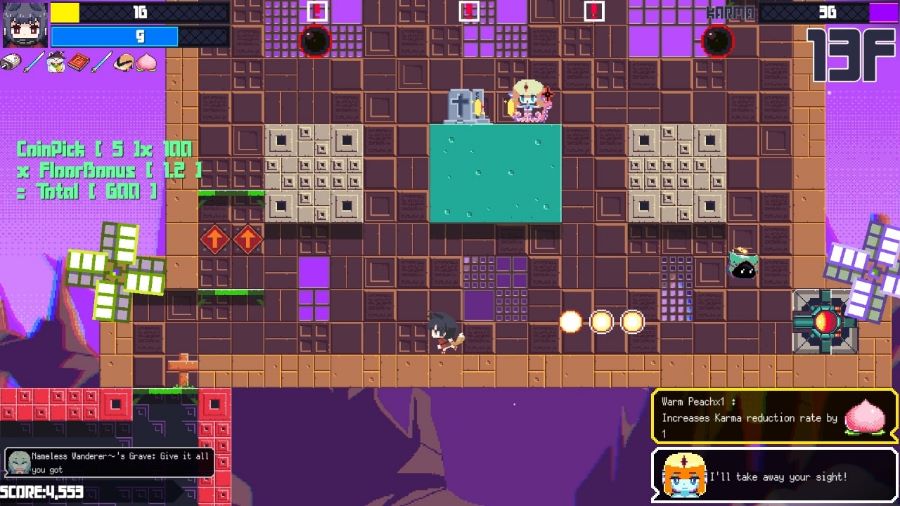 TOKOYO: The Tower of Perpetuity is a fun 2D Roguelike action-platformer in which you’ll explore a tower that gets a new layout every day. Along with the tower changing every 24 hours, you can also find a white tower and a black tower to pray at, which will affect what the next section of the tower throws at you. Defeat enemies and bosses, and avoid hazards such as spike balls, fire that bursts out of the ground, turrets that fire at you, or disappearing platforms that could end up messing up your jump only to make you fall on top of some very sharp spikes. Collect as many relics as possible since every bit of help you can get will go a long way. You can even collect duplicate relics to get a small boost towards their bonuses! TOKOYO: The Tower of Perpetuity is out on Nintendo Switch with an $11.99 asking price. 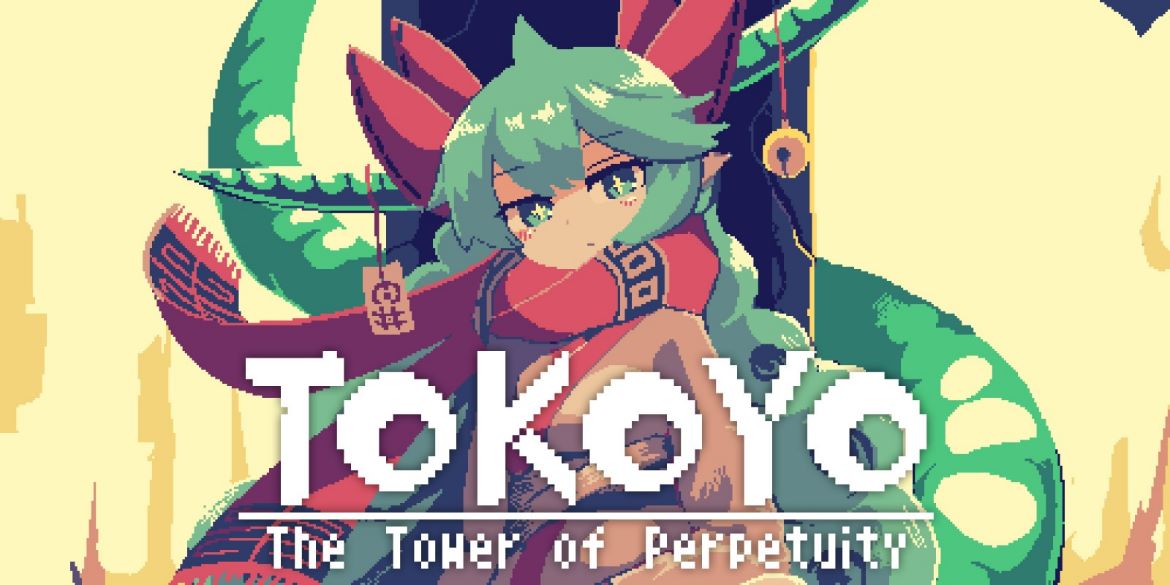 TOKOYO: The Tower of Perpetuity Review

Disclaimer
This TOKOYO: The Tower of Perpetuity review is based on a Nintendo Switch copy provided by Playism.

FOBIA – St. Dinfna Hotel Out This Month On PS

Lamplight City Out On Nintendo Switch