[Nintendo Switch] THE HOUSE OF THE DEAD: Remake Review

THE HOUSE OF THE DEAD: Remake from Forever Entertainment and MegaPixel Studio is a completely revamped take on the beloved light gun classic. Way back in 1996, Japan got the excellent THE HOUSE OF THE DEAD from SEGA, which was later released in the rest of the world the following year. In 2020 we got Panzer Dragoon: Remake on Nintendo Switch – and on PlayStation 4 later in the year – so it’s now the zombies’ turn! The original game was an arcade light gun shooter in which you take on the role of two agents – G and Thomas Rogan – who must do whatever it takes to put a stop to the evil actions of one Doctor Roy Curien. He’s a mad scientist who has been supported by the DBR Corporation in his efforts to discover the secrets of life and death. 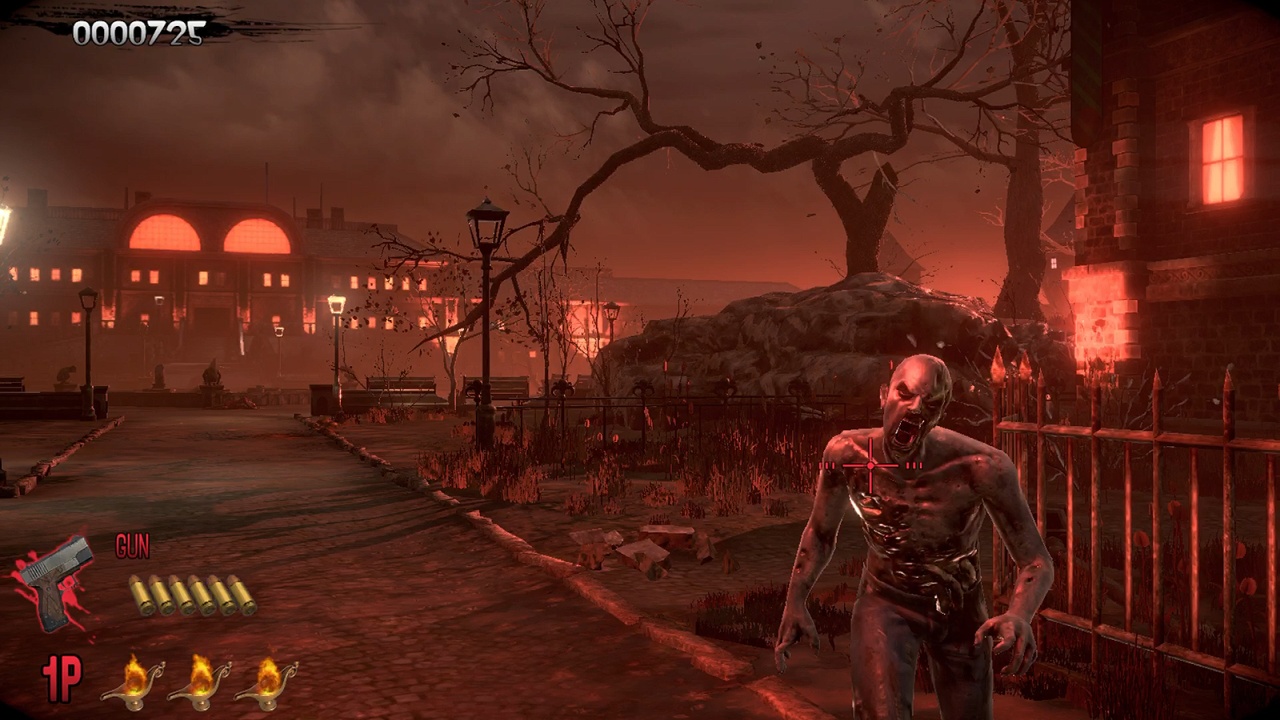 As expected, things go terribly wrong, and an outbreak at The Curien Mansion becomes ground zero for the invasion of the undead. You can play the game in one of two modes: Original and Horde. Original is available right away, and it offers an experience that pays homage to what the original arcade version did, as you take on a ton of zombies on your own or in local co-op multiplayer. Horde dials the difficulty up to 11 since it will considerably increase the number of zombies you have to defeat in each area, so a single mistake could prove to be deadly!


When playing THE HOUSE OF THE DEAD: Remake, you’ll aim by moving the reticule around the screen with the left analog stick – or the right one if you choose to -shooting at enemies with the A or ZR buttons, reloading with the B or ZL buttons. To switch between your available weapons, press left or right on the D-Pad. When things get really dark, you can activate your flashlight with the X button. If using gyroscope controls for aiming, you can reset your position by pressing in on the right analog stick as needed. 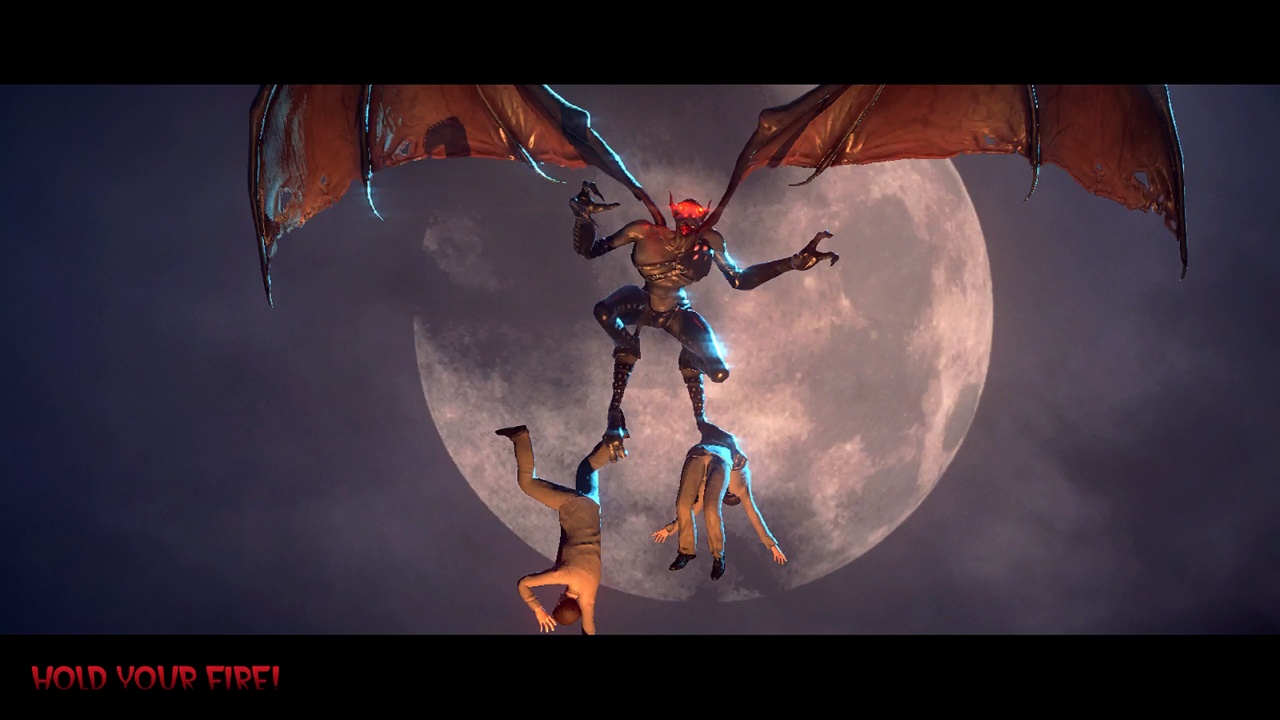 As you progress through each stage, more and more monsters will be added to the Creature Library in the gallery. It’s there that you’ll be able to learn more about the many enemies you’ll meet. If you want to 100% the game, be sure to take all of the different paths around the mansion to find all of them! Once you’ve added a monster to the Creature Library, you’ll be able to zoom in and out on their model and rotate it, as well as learn more about their weaknesses so that you can use that information to survive.


THE HOUSE OF THE DEAD: Remake also has an in-game achievements system. Some of the achievements that will unlock include saving a scientist, shooting a scientist, defeating the bosses in the game, hitting three enemies in a row, completing a chapter in local co-op, completing a chapter without taking any damage, shooting down 50 enemy projectiles, defeating 666 enemies, discovering all available paths in the game, and completing the campaign. 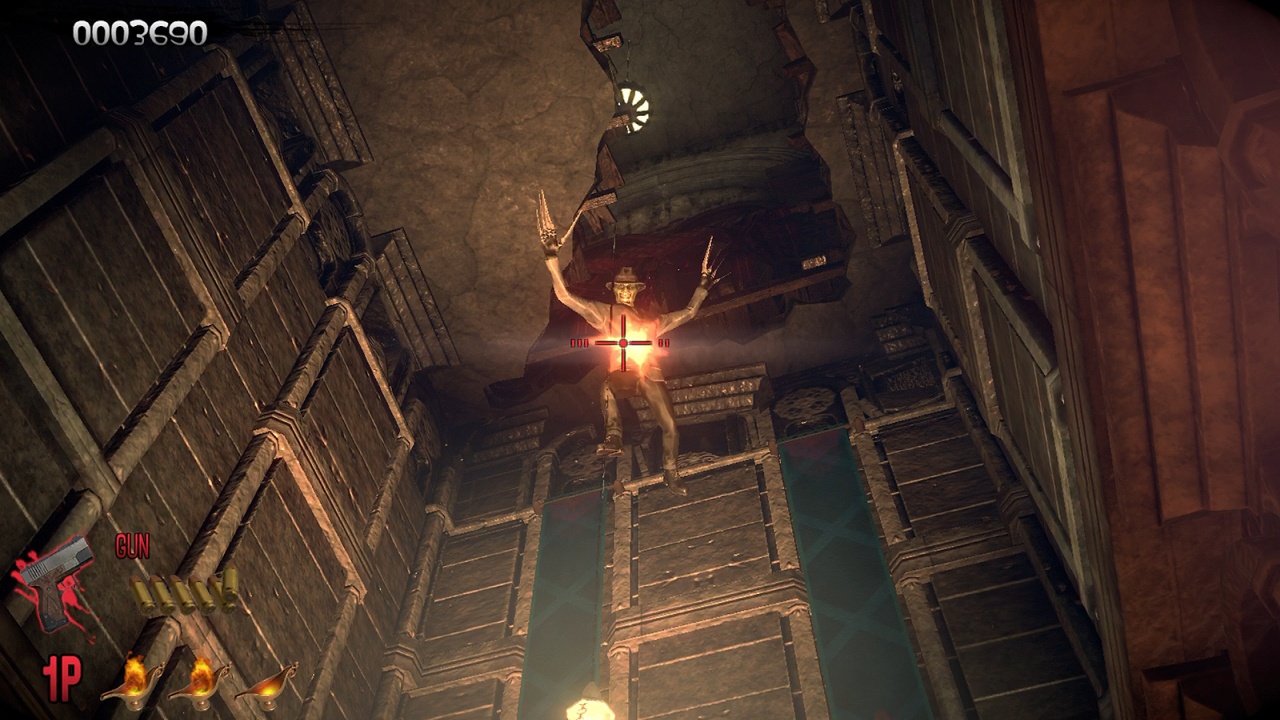 You can tailor your THE HOUSE OF THE DEAD: Remake experience by going into the options menu. The game offers you the option of activating a Performance Mode, which will boost the framerate while lowering the resolution a bit. You can also activate automatic reload so that the game reloads for you when you run out of bullets, turn off set aim or set it at low, medium, or filthy casual, change language, or activate gyroscope controls for aiming, to name some examples. If the game feels a bit challenging in its Normal difficulty setting, you can lower that. If, on the other hand, you think you can take on deadlier enemies, bump up the difficulty and see if you’re right!

THE HOUSE OF THE DEAD: Remake brings a classic light gun arcade experience home so that you can play in Docked, Portable, or Tabletop Mode as you please. It reworks the entire game from scratch to give us a game with better character models, textures, lighting, and revamped locations, with a framerate that can be tailored as needed by selecting the Performance Mode to keep everything moving along at a steady pace. The loading between stages is a bit on the slow side, but that’s about the one thing I could complain about during my time with the game since I was able to have fun completing it with the Nintendo Switch Pro Controller, as well as by using the gyroscope controllers. 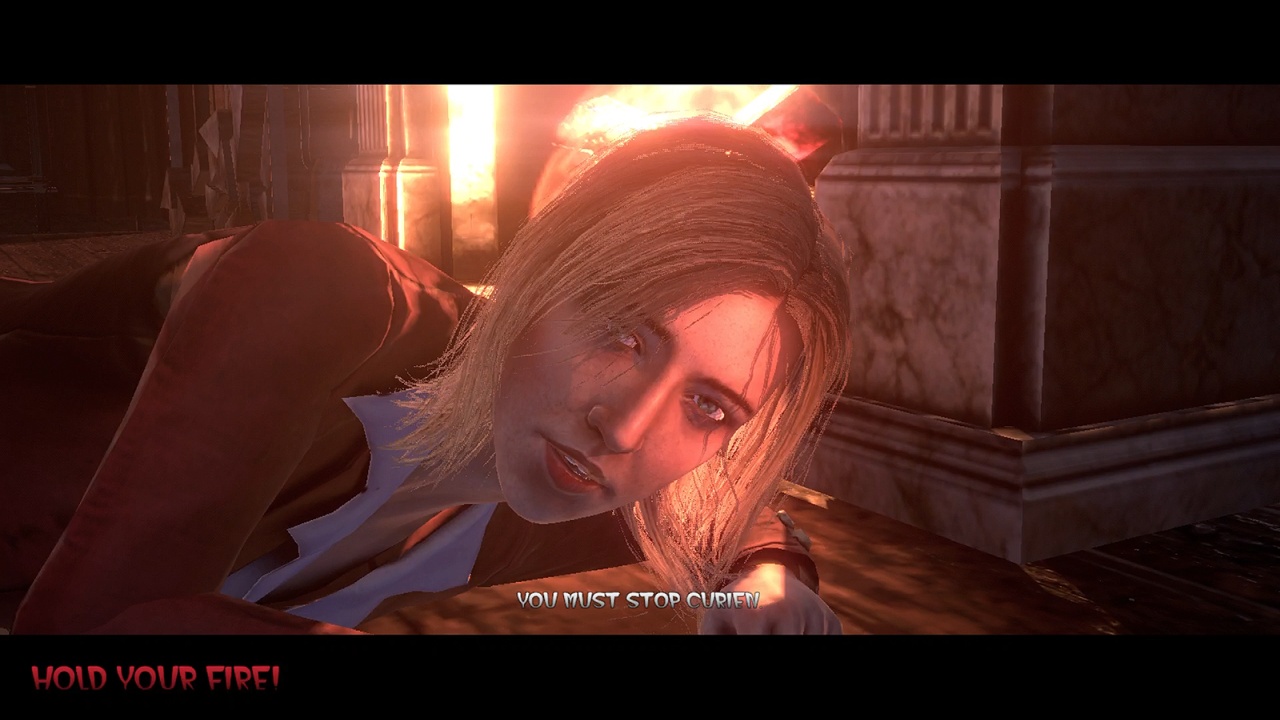 Yes, given the game’s arcade origins, this is a short experience you can complete in less than an hour, but there is at least some replay value thanks to the different routes you can take in each stage, as well as the different endings you can get once it’s all said and done. Add Horde Mode, which considerably boosts the difficulty, and you have something to look forward to during your time with THE HOUSE OF THE DEAD: Remake. I certainly spent more than the game’s $24.99 asking price way back when I played it in the arcades! You can also get the physical THE HOUSE OF THE DEAD: Remake Limidead Edition, which includes an exclusive lenticular box, the game, two character standees, and stickers. 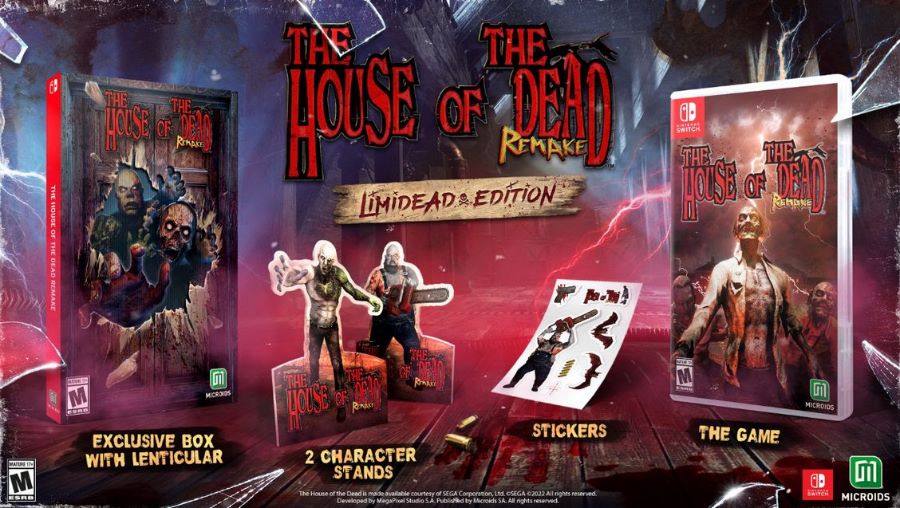 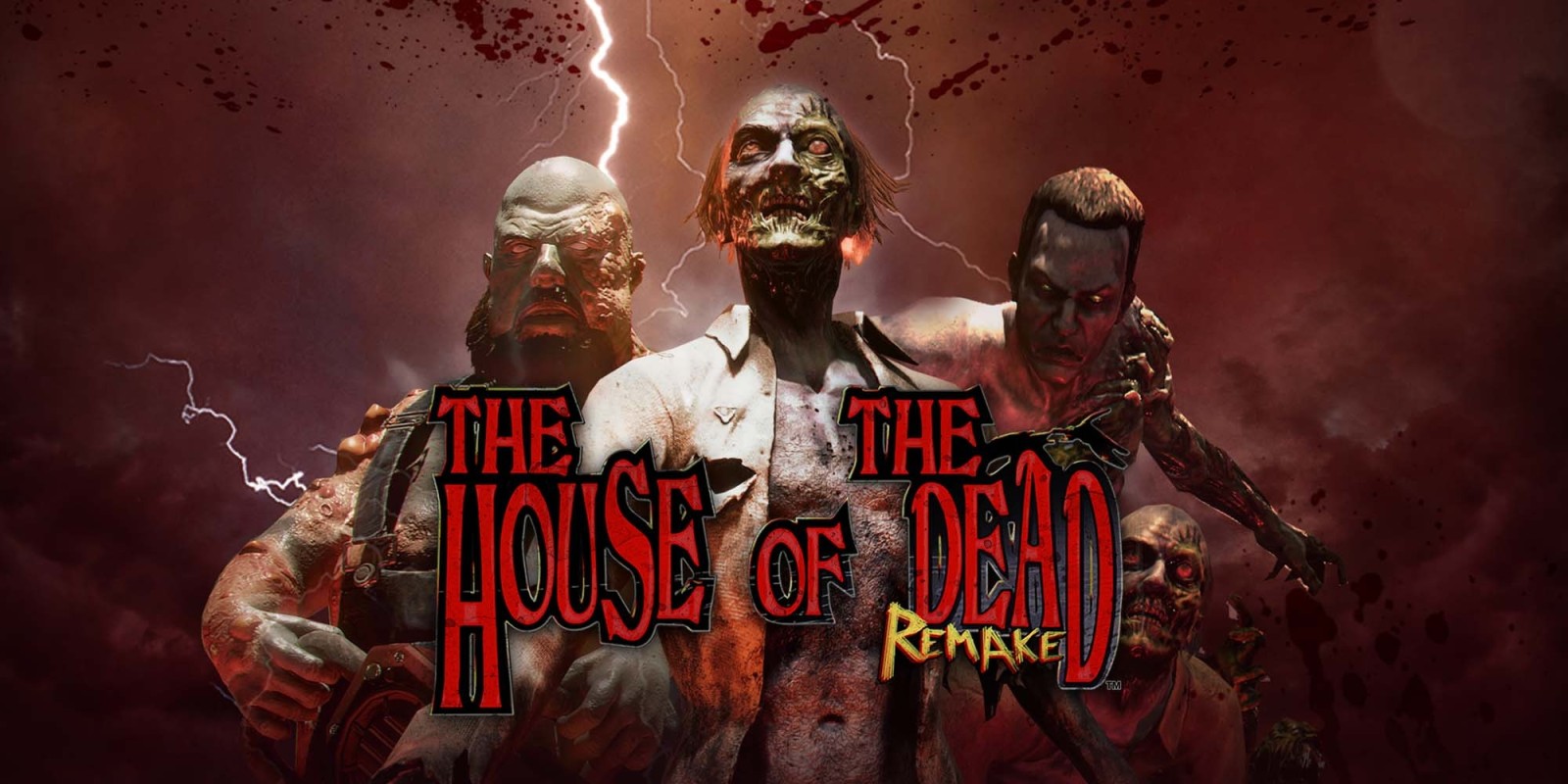 THE HOUSE OF THE DEAD: Remake Review

Game title : THE HOUSE OF THE DEAD: Remake

A revamped take on a classic light gun zombie experience

Disclaimer
This THE HOUSE OF THE DEAD: Remake review is based on a Nintendo Switch copy provided by Forever Entertainment.

Evil West Out On PlayStation In September