PigShip and the Giant Wolf from SuperPowerUpGames and Pixel Bones Studio is a retro-styled shoot ‘em up on Nintendo Switch. Your task is to help a piglet save all of his brothers who have been kidnapped by the Wolf Army. The Wolf Army must be defeated before it’s too late! The game features an art style and presentation that will remind you of the good old days of the original Game Boy, except with a 16:9 aspect ratio and none of the flickering you would get from games played on the original hardware. 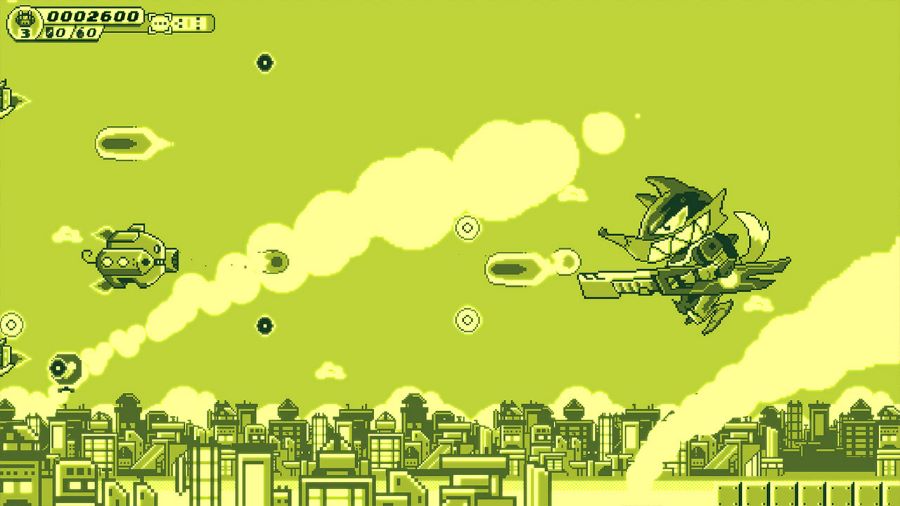 You can play PigShip and the Giant Wolf in one of two game modes. There’s Normal Mode, which is the standard experience. Normal Mode will give you unlimited credits to try and complete the game, and you will give you three hits per life. The other option is Bones Mode, in which you only have two credits to complete the game, you get one hit per life, and there’s no level up system, but you can at least upload your score to the online leaderboards to see where you rank.


The controls for this classic style shoot ‘em up are easy-to-understand. You’ll move your pig-shaped ship around the screen with the left analog stick or the D-Pad, as you shoot with the B button, use your shield with the Y button, and use a special attack with the A button – that is, as long as you have a charge for either one. You can also switch between your available shots – which you can see in the upper left corner of the screen – by pressing the L, ZL, R, and ZR buttons. 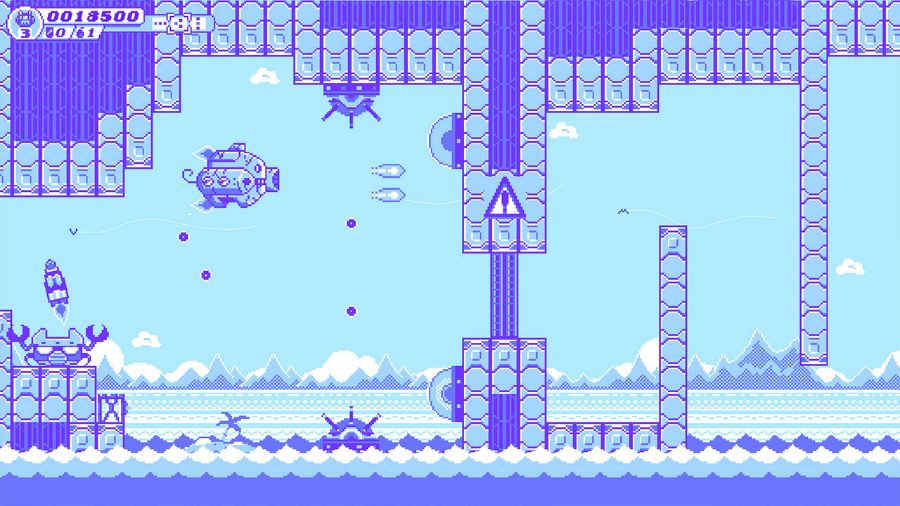 At the end of each of the stages in PigShip and the Giant Wolf there will be a large boss to defeat. Odds are you’ll end up losing a life or two during said boss fights, since you’ll have no idea what their movement and attack patterns will be. If you do end up losing a life, you do need to know that you’ll be sent to the start of the stage, and not respawn right before the boss fight began. At least you’ll be able to learn from your mistakes and improve your skills in the process!


PigShip and the Giant Wolf has an in-game achievements system, so that you can work on completing a set of objectives while playing through each stage. There are, of course, achievements tied to completing each of the stages as well as completing the whole game. You’ll also have to use 10 credits while playing the game, use a special attack five times, use the shield five times, clear a level without taking damage, play Bones Mode 10 times, clear a level with a +65% accuracy, upgrade the ship in Normal Mode, and destroy 500 enemies. 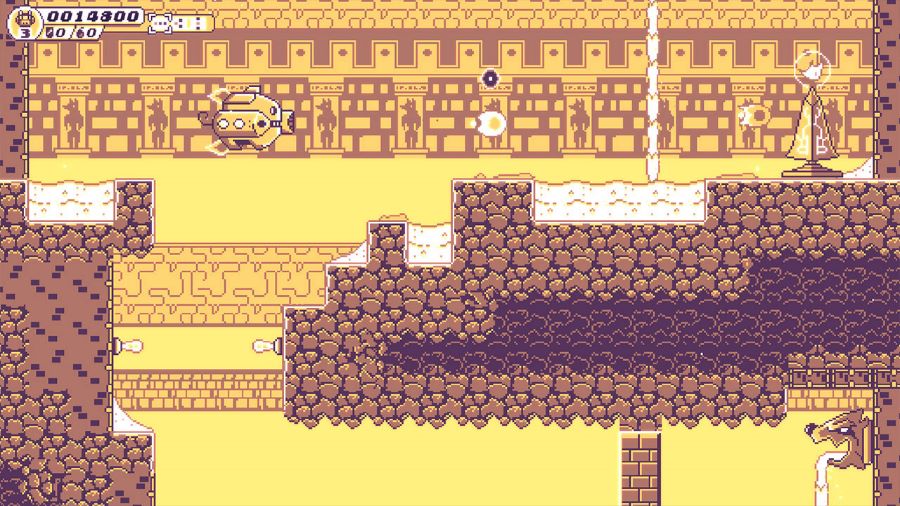 PigShip and the Giant Wolf is a retro-style shoot ‘em up that pays homage to the Game Boy era over the different stages it has to offer. It features two gameplay modes of varying difficulties and a good variety of enemies and bosses to take on. The game is a bit on the challenging side of the equation since crashing into any enemy or wall will instantly destroy your ship, and levels will feature a segment with small paths to move through where moving a pixel in the wrong direction will make you go boom. PigShip and the Giant Wolf is out on Nintendo Switch with a $7.99 asking price. 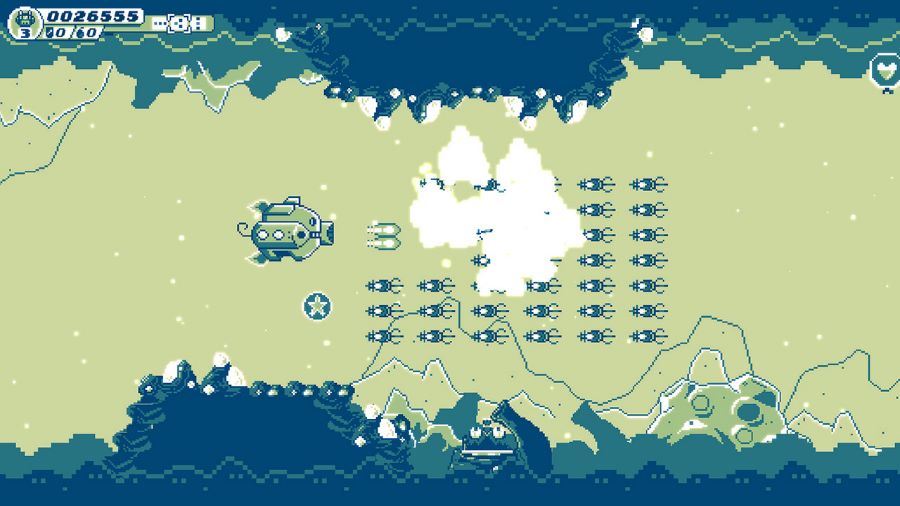 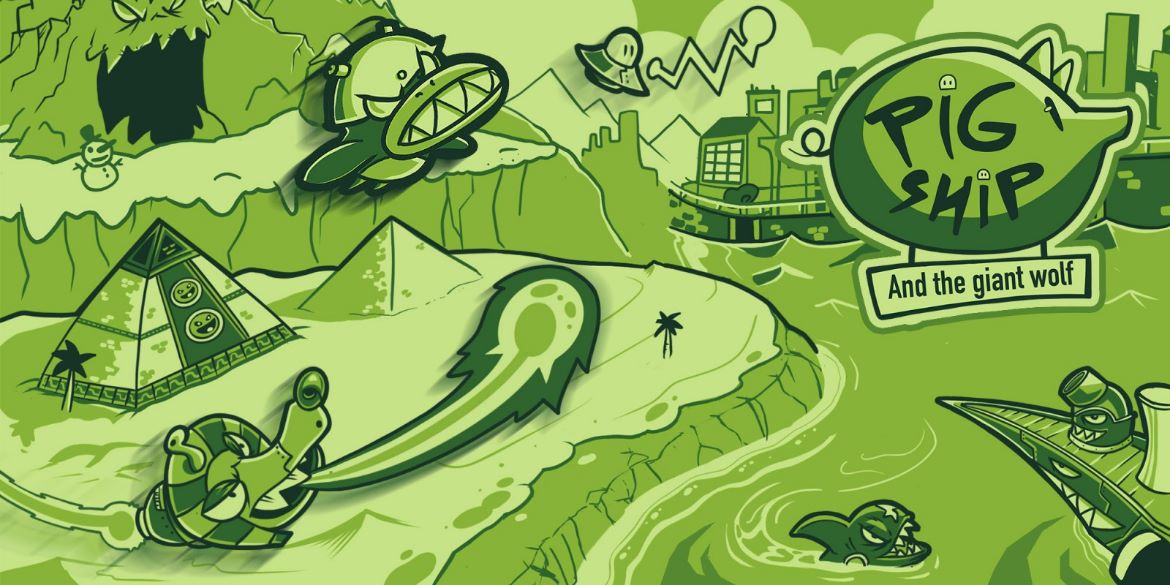 PigShip and the Giant Wolf Review

Disclaimer
This PigShip and the Giant Wolf review is based on a Nintendo Switch copy provided by SuperPowerUpGames.

Lamplight City Out On Nintendo Switch

The Callisto Protocol On Its Way To PlayStation