My Lovely Wife from Neon Doctrine, GameChanger Studio, and Toge Productions is a game in which you’ll do whatever it takes to save your wife. Check our My Lovely Wife review!


My Lovely Wife from Neon Doctrine, GameChanger Studio, and Toge Productions is a game in which you’ll do whatever it takes to save your wife. You play as Jake, a loving husband and grieving widow who is given a chance to save Luna’s soul – Luna is his wife. He met her a few years ago when he started to work as her manager, and they both ended up developing feelings for each other. After losing Luna all too soon, Jake receives a disturbing letter… in Luna’s handwriting! In this letter, she asks him to perform a series of rituals to create a vessel for her soul so that she can live once again. 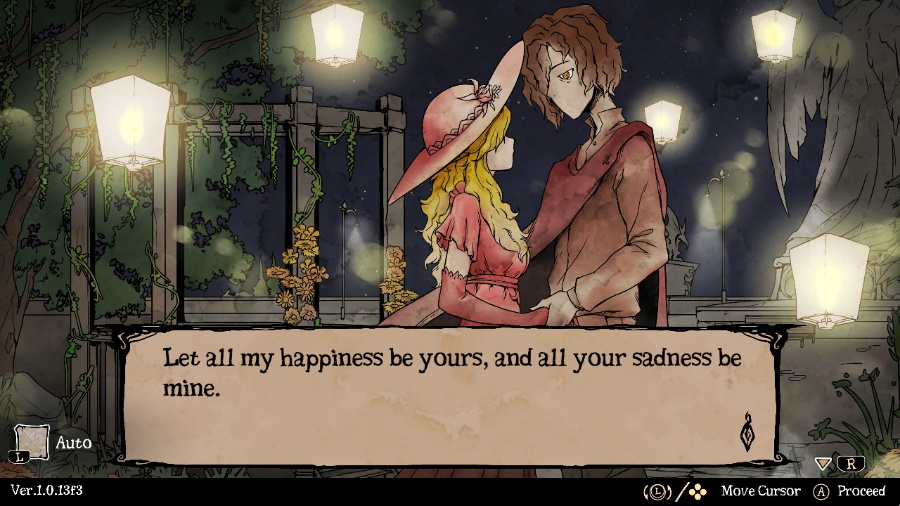 The twist? You’ll have to use alchemy to summon Succubi! This is a game that mixes dating sim and management sim elements to give us an interesting adventure to experience. The intro sequence will give you a glimpse into how Jake and Luna came to be together and how her life came to an early end. It will also serve as a short tutorial to teach you some of the basics. The rest you’ll learn once Luna is no longer by your side as you start to summon Succubi to aid you on your journey.


But before you start to play, you need to be aware of the following trigger warning:

My Lovely Wife contains scenes and imagery some players may find emotionally disturbing, including themes of physically and emotionally abusive relationships, as well as manipulation and domestic violence. 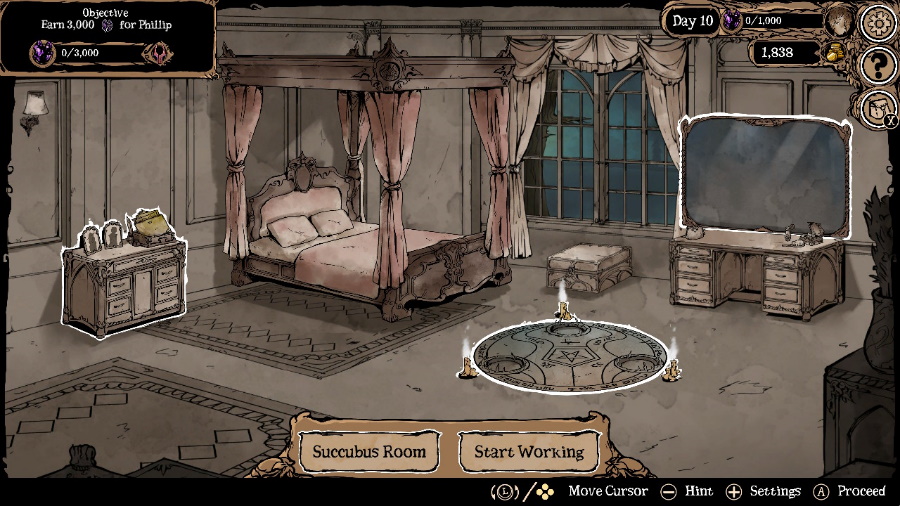 The game can be played with physical controls or by using the console’s touchscreen when playing in Portable or Tabletop Mode or if playing the game on a Nintendo Switch Lite. When using physical controls, you’ll move a cursor around the screen with the left analog stick or the D-Pad, confirming actions with the A button.

Once you’re ready to dive into the whole Succubus summoning thing, you’ll start by placing ingredients in the circles inside of the summoning circle to then click on the pentagram at the center to summon a Succubus. Simple… right? At first, you’ll only have some rotten wand pieces, said to be from a wand buried alongside a wizard, thus containing some of this magical power. You’ll later gain access to more resources, which will increase the number of potential combinations you can make to summon a new Succubus. Higher grade materials will also start to pop up, which will allow you to boost the starting starts for each new summoned Succubus in order to speed things up.


The gold earned from the hard work of your Succubi can be used at Phillip’s warehouse to purchase more ingredients, as well as to pay for renovating the additional rooms in your house. Doing this will allow you to host more Succubi at the same time. Gold can also be used to improve a Succubus’s skills so that she can earn more money and more Carnal Essence. You can also spend it on training a Succubus to increase her charm. And you can spend your coins on a date to boost their affection level. The better a Succubus’s stats, the more Carnal Essence it can obtain, and the more money it will collect for Jake. 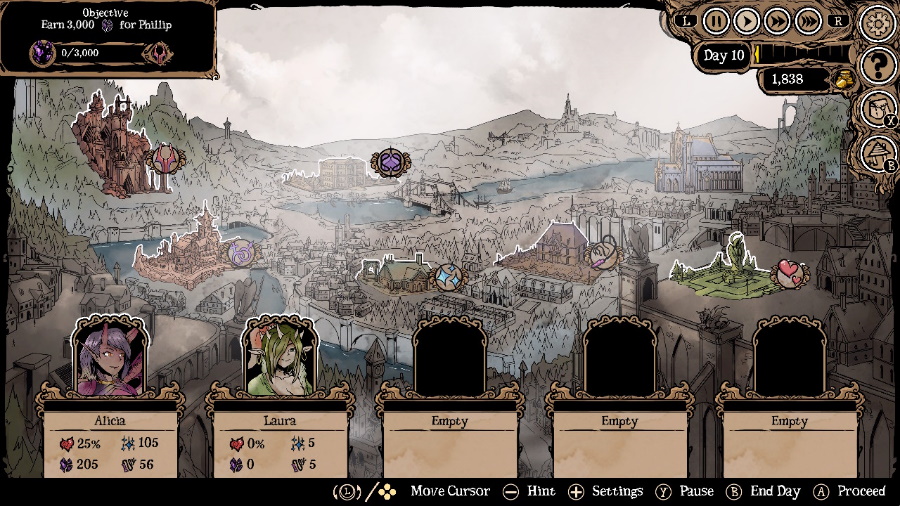 Carnal Essence is the valuable resource needed to eventually try and bring Luna back from the dead, and to obtain it, you’re going to have to summon a Succubus and trick her into falling in love with you. This process can later be sped up by giving them gifts, which you can buy at the store in the Shrine. Once a Succubus’s affection for you hits 100%, you will need to dispose of her… and now you can better understand the aforementioned trigger warning. Carnal Essence is what Succubus extract from their pray, so you’ll have to find a way to have the Succubi extract some of it without getting yourself into trouble. Carnal Essence can be used to further Phillip’s research, but you can also decide to terminate a Succubus to earn Carnal Essence to improve Jake’s skills. Terminating a Succubus will also grant you some resources.

At first, there are 12 skills to upgrade on Jake’s skill tree, and some of them are needed to have some new conversations with Succubi in order to move the story forward. Once you get a special visit from the Shrine, your skill tree will grow considerably, bumping the total number to 24 skills. You’ll also be told that your wife’s soul is at the Shrine and that if you bring your Succubi there so that they can extract their Carnal Essence, they can use it to strengthen Luna’s soul so that you can communicate with her! Those at the Shrine say that Phillip is a demon, but Phillip says that the demons are, in fact, the work of those at the Shrine. What is really going on then? 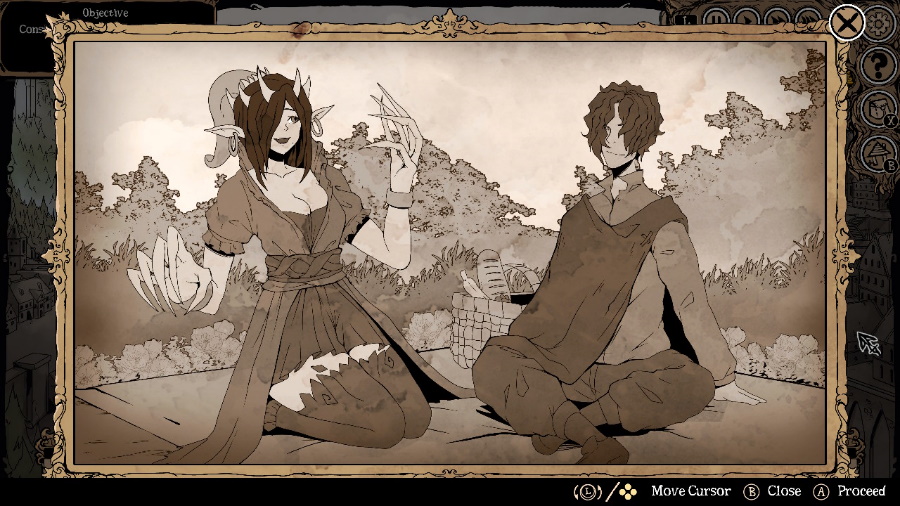 As for extras, My Lovely Wife has a Gallery section where you can review 70 images from the main game and the different dating and ending segments you can get for each of the Succubi. There is also a Succubus Dex where you will get to learn more about the many Succubi you’ll meet during your time with the game. You’ll be able to review the conversations you’ve had and check what ingredients were used to summon each Succubus.

My Lovely Wife is a game that you’re either going to love or hate due to the overall premise, the game’s presentation, and how you’re going to have to sacrifice a ton of Succubi to find a way to bring back Luna before its too late. My Lovely Wife is out on Nintendo Switch with a $14.99 asking price. 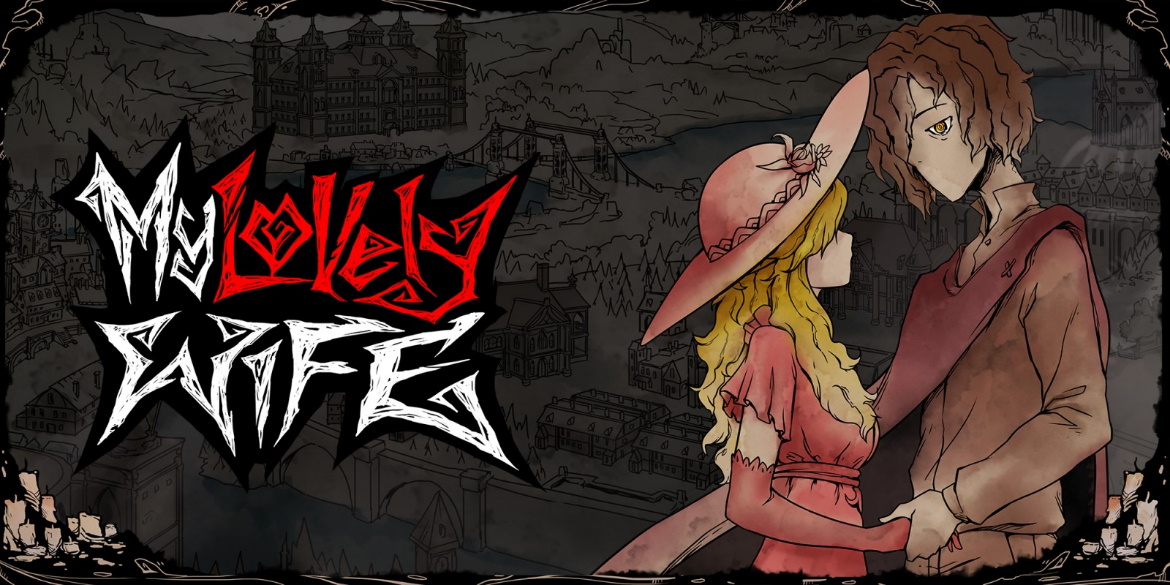 A different type of experience on Nintendo Switch

Disclaimer
This My Lovely Wife review is based on a Nintendo Switch copy provided by Neon Doctrine.