Mechanic Battle from MobilWay and Cat-astrophe Games combines arcade racing with working as a mechanic. Cat-astrophe Games previously gave us supernatural 2D horror experience The Unholy Society, as well as Lovecraftian roguelite choose your own adventure Theatre of Sorrows, so this one is definitely a different one. You’ll be taking on the role of a car mechanic who must work on fixing cars while also having to take on a variety of races to try and cross through the finish line in first place. 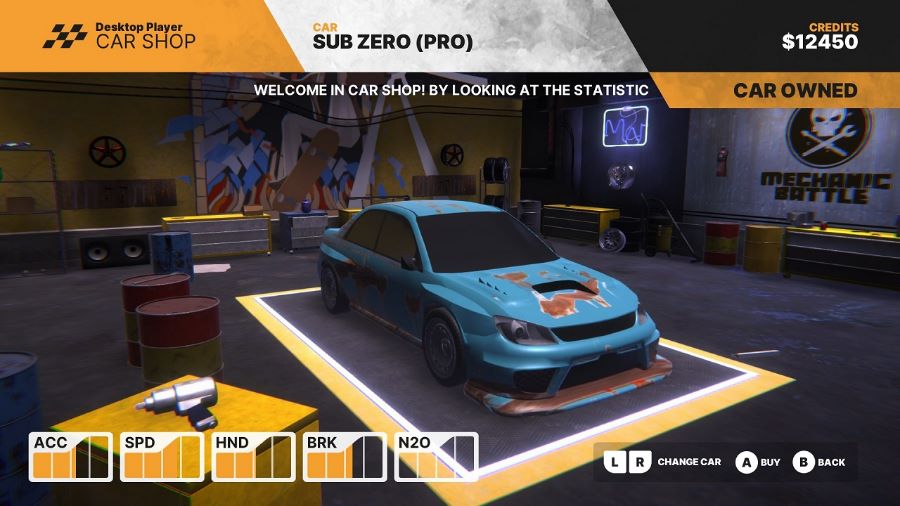 Your journey will begin after you buy your first car with the money you have saved up. You have 20,000 credits, so you’ll end up buying one of four options: the Wolf, the Rex, the Tiny, or the Cleo. Other cars are also available, but you won’t be able to buy them until you increase your tier. Each car has different stat values for you to consider for its acceleration, speed, handling, brake, and nitro boost.


After buying a car, you can customize its look by changing its color, applying decals to its sides, top, and hood, change the rims, and adding some spoilers. Since the car is in pretty bad shape when you first buy it, before painting it, you’ll also have to spend some money to be able to remove the rust on the vehicle. Painting the car will also cost money. As you’ve probably guessed by now, adding decals to the top, side, and hood of your car, as well as adding a spoiler, will require you to spend some extra money. 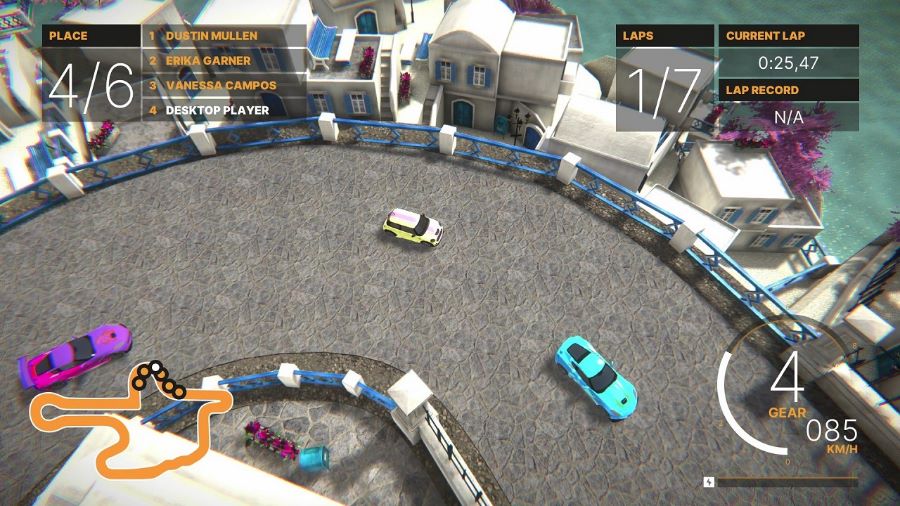 Buying new parts for your car will also be a must if you want to remain competitive. You can get a new engine, ECU, drivetrain, suspension, tires, and brakes, lower your car’s weight, or add some nitrous to your stock. For each of these options, you will start with the stock version and can spend your money on the street, sport, and race variations. You won’t be able to dive right away and use your money to buy the sport and race car parts since you’ll first have to buy those from previous categories before unlocking access to them. 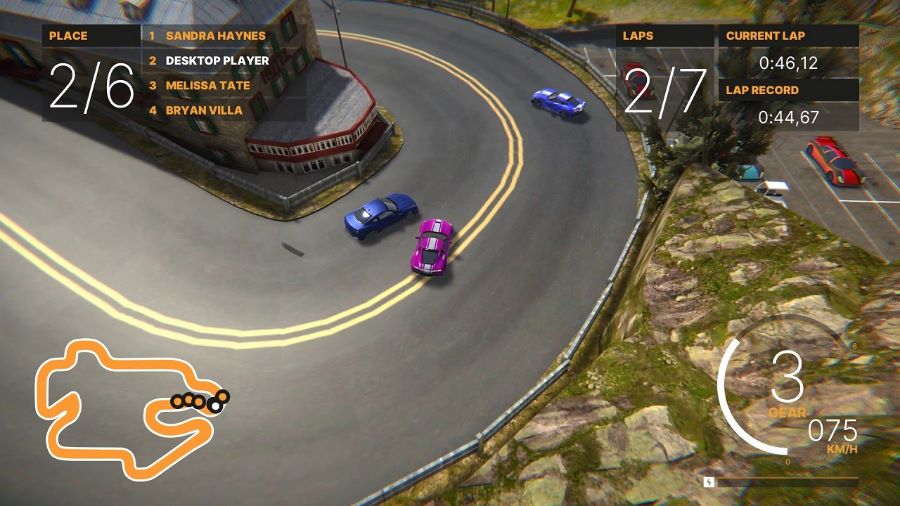 For races, you’ll steer the vehicle with the left analog stick as you accelerate with the ZR button and brake with the ZL button, using your nitro boost with the A button. All of the tuning done to your car will come into play during each race. They are presented from an isometric view, which might remind you of the Micro Machines racing series. They will be split into regular races, hot lap, and elimination. Regular races require you to finish the race in the best possible position. Hot lap races ask that you race as fast as possible to get the best time. In elimination races, the racer in last place is eliminated after each lap.


You’ll start on the Amateur Tier, with four classic races, three elimination races, and two hot lap races to take on. Once you’ve completed six events in total, you’ll unlock the Championship section. This one is different from the three aforementioned race types since you need to take on all championship races and complete them one after the other. The catch? You can’t make changes to car parts or tune your vehicle while taking on a Championship! Depending on your performance, you’ll get points after completing each race. 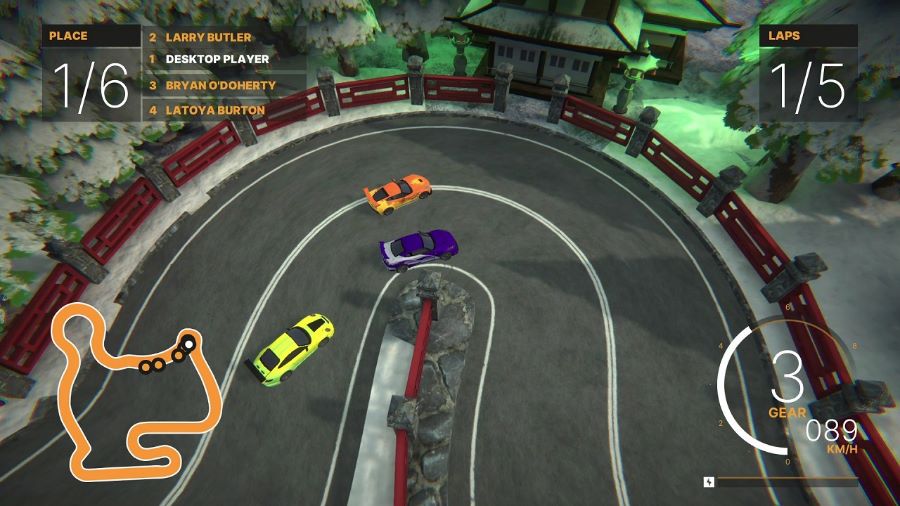 Mechanic Battle is a fun arcade-style racing game in which you’ll take on races that will remind you of the Micro Machines series, given the camera angle and the size at which each car is presented as you take on each track. You’ll be able to climb higher and higher as you complete each Championship. Use your hard-earned cash to purchase new cars and new car parts to keep up with your competitors as you try to be the #1 mechanic in the circuit. Mechanic Battle is out on Nintendo Switch with a $9.99 asking price. 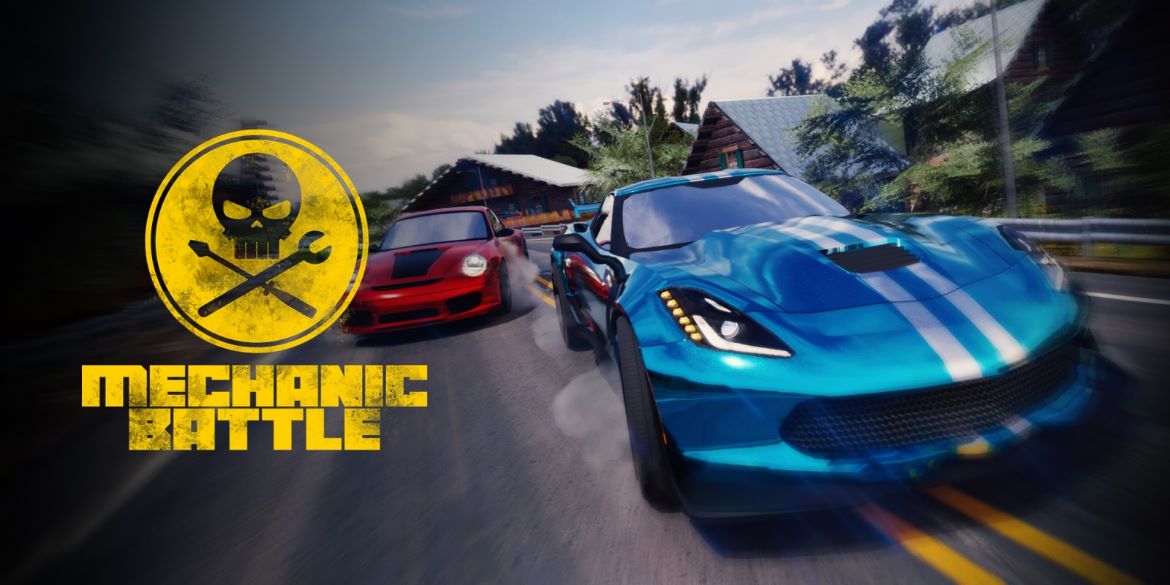 Fun arcade-style racer with a hint of Micro Machines

Disclaimer
This Mechanic Battle review is based on a Nintendo Switch copy provided by MobilWay.

DC League of Super-Pets: The Adventures of Krypto and Ace Out Next Month