Birushana: Rising Flower of Genpei from Idea Factory International is a gorgeous and excellent Otome visual novel on Nintendo Switch. If you’re new to the genre, Otome means that you’ll be playing as a female character who can develop a romantic relationship with one of the potential suitors in the game. In the case of Birushana: Rising Flower of Genpei, the five suitors are Noritsune Taira, Shungen, Benkei Musashibo, Yoritomo Minamoto, and Tomomori Taira – more on them in a bit.

Before talking about the secondary characters, allow me to present to you the story and setting for this new visual novel adventure. It’s been fifteen years since the Heiji Rebellion, and the Heike Clan is at the height of its power… while the Genji clan remains devastated by its defeat. But deep in the mountains of Kurama remains the youngest surviving male heir to the Genji name: Yoshitsune Minamoto. The thing is that Yoshitsune is not actually a man… but a woman! Her real name is actually Shanao. 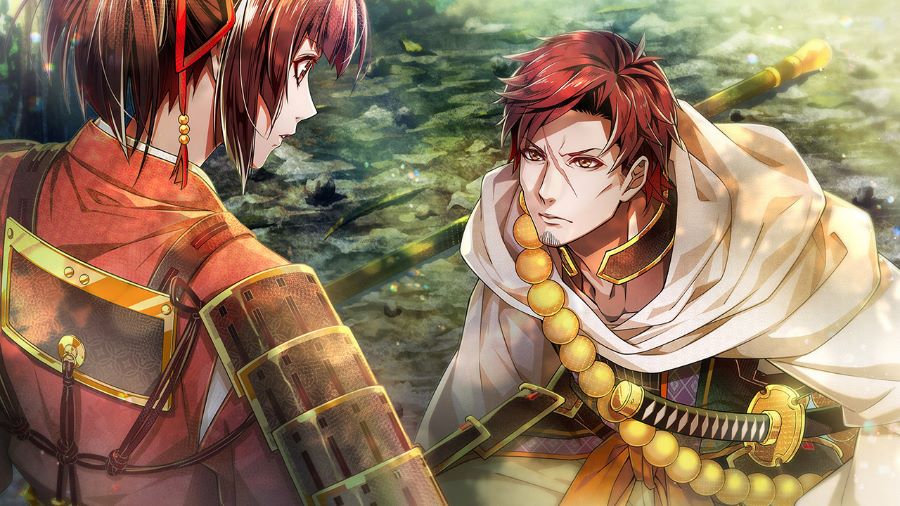 She’s the youngest daughter of Yoshitomo Minamoto. Upon her father’s death during the Heiji Rebellion, she was taken to Kurama Temple. She was raised by the monks of the temple, who were instructed to raise her as a boy so that one day he could be strong enough to overthrow the Heike Clan. As heir to the Genji name, she must honor the clan’s traditions. But after all of her training, all she truly dreams about is to have a peaceful and quiet life, searching for the love of a family.


Since this is a visual novel with a ton of Japanese voice acting, unless you know Japanese, there’s going to be a lot of reading in your future! You’ll advance the text forward with the A button or can press the ZR button to automatically advance text. You can also skip messages with the Y button, which is useful for when you’re going back into a completed route and want to switch some choices around based on the path you want to take. The even handier ZL button will allow you to skip all read messages if you choose to. Whenever you run into a term highlighted in red, you can press down on the D-Pad to check out the dictionary and get some additional information. You’ll use the D-Pad to select between different dialogue options. You can also take advantage of the console’s touchscreen when playing in Portable or Tabletop Mode or when taking on this one on a Nintendo Switch Lite console. 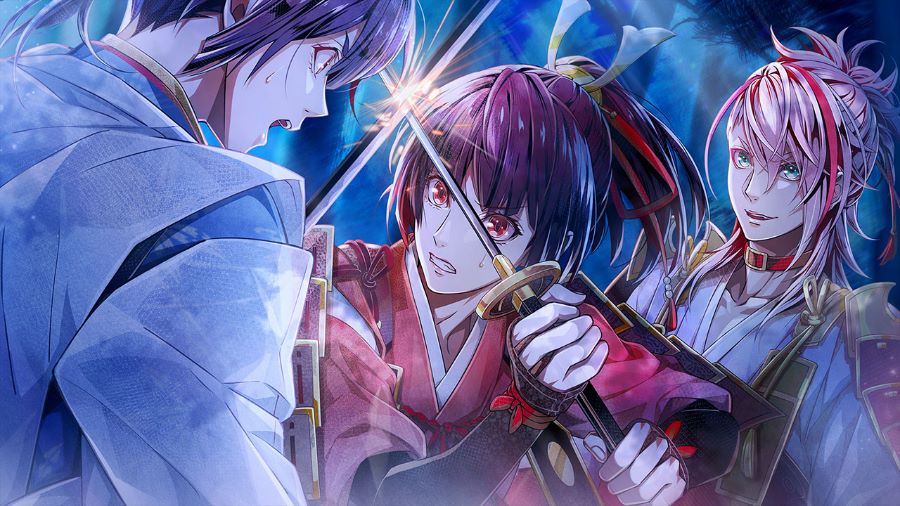 And now, let’s discuss the secondary characters! Noritsune Taira is the nephew of Kiyomori Taira and son of Norimori Taira. He does not approve of how the Heike Clan has grown soft and decadent over the years, favoring a more aristocratic nature. Shungen is the son of Shigenari Minamoto, who was a vassal of Shanao’s father. Shungen was brought to Kurama Temple at the same time as Shanao since his father died at the same time. Shungen does know that Shanao is a woman, which makes for a very different run when you go down his story path.

Benkei Musashibo used to be a monk at Mount Hiei, but he was expelled after an incident with the Heike Clan. In retaliation, he’s been busy stealing the swords of officials from the Heike Clan. After Shanao defeats him, he pledges to become Shanao’s vassal. Yoritomo Minamoto is the youngest son of Yoshitomo Minamoto. Back when his father and older brothers were killed, he was only fourteen, and his life was spared from execution by Kiyomori Taira’s step-mother, Lady Ikenozeni. He was forced to live in exile in the land of Izu. The last one is Tomomori Taira. He’s the fourth son of Kiyomori Taira. While he might not look the part of a warrior, he’s time and time again proven his expertise as a superb general and a trusted advisor to Kiyomori.


An interesting gameplay mechanic is the Love Catch system. What this does is allow you review how the choices you make affect a character’s Affection Level, as well as impact the three main abilities for Shanao: Strength, Knowledge, and Kindness. By knowing this and keeping an eye on her stats, you’ll be able to better understand what story path you’re going to take and get a chance at reaching a true ending. And since you can go back and rewind a chapter after completing it, you can use the Love Catch system and the flowchart to see how you can tweak things around to go into the story path you want. 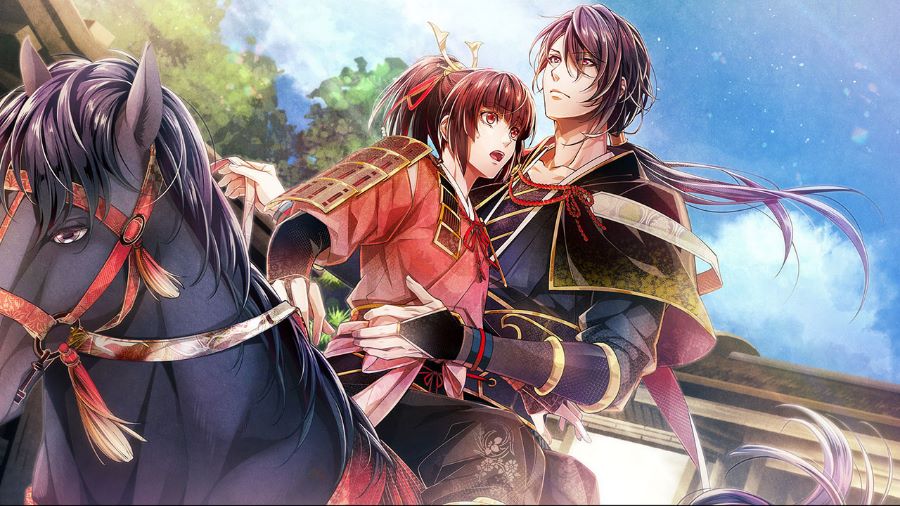 There are several options in the settings menu to tailor your experience. You can establish the text speed and the speed for the auto mode, if text skip should be only for the text you’ve read or all text, the speed for one or the other, the opacity of the message window, if the hero should be displayed or not, and if the Love Catch gameplay mechanic should be available or not. You can also mix around the volume for sound effects, the music, and the voice acting, as well as min/max the volume for each of the characters in the game, which include the five suitors and additional major characters. You can also remap the buttons as needed.

Birushana: Rising Flower of Genpei is a gorgeous and excellent Otome visual novel on Nintendo’s console with a ton of content to enjoy. With five different main story paths to take, good and bad endings and the option of romancing one of the potential suitors to then take on a new run down a different story branch, you’ll be spending dozens of hours with this one. Birushana: Rising Flower of Genpei is out next week on June 28 on Nintendo Switch with a $49.99 asking price. If you hurry up and pre-order the game right now, you can get it at a discount for only $39.99. 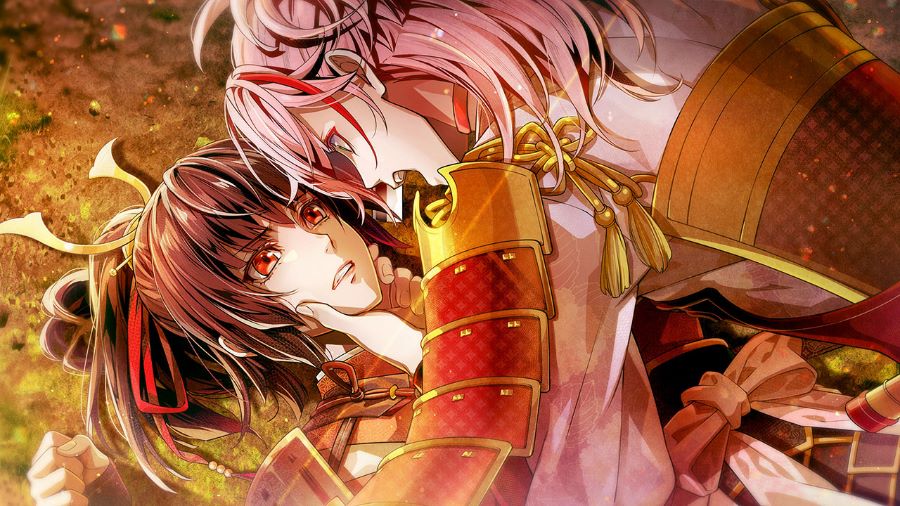 And don’t forget there’s also the option of visiting the Iffy Store to get the Birushana: Rising Flower of Genpei Limited Edition for $89.99, which includes a physical copy of Birushana: Rising Flower of Genpei, a Collector’s Box, a Steel Game Case, a Hardcover Art Book + Short Stories, the 2-disc set of Ballad of the Rising Flower which has 2 Audio Dramas (with link to digital translation) and the Official Soundtrack, 5 Card Double-Sided Bromide Set, a Sticker Sheet, Reversible Cover Sleeve, and an Exclusive Trading Card. 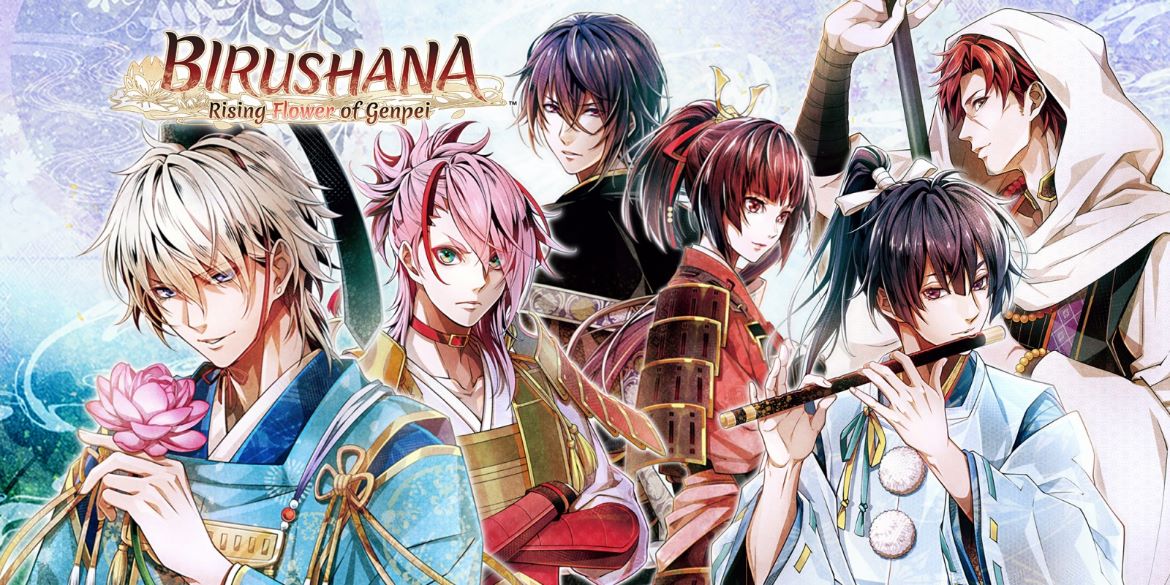 A gorgeous and excellent Otome visual novel on Nintendo's console

Disclaimer
This Birushana: Rising Flower of Genpei review is based on a Nintendo Switch copy provided by Idea Factory International.