A couple of years ago I got a chance to review Sniper Elite 4 on Nintendo Switch, and experience that I certainly enjoyed, since it was a superb sequel that expanded on what Sniper Elite 3 did before it. Then last month I took Zombie Army 4: Dead War for a spin on Nintendo’s console, which keeps the action going with a zombie theme and a supernatural twist. You can probably guess by now that I was very much looking forward to seeing how Sniper Elite 5 would do things on PlayStation 5.

As has been the case for other games in the franchisee, Sniper Elite 5 once againplaces you in the role of elite marksman Karl Fairbune. For this new one, it’s 1944 in France around D-Day, and you’re part of a covert US Rangers operation to try and weaken the Atlantikwall fortifications along the coast of Brittany. Unfortunately, things don’t go as smoothly as planned, and the group ends up uncovering a secret Nazi project: Operation Kraken. If nothing is doon – and fast – the allies could be defeated by the Axis powers! 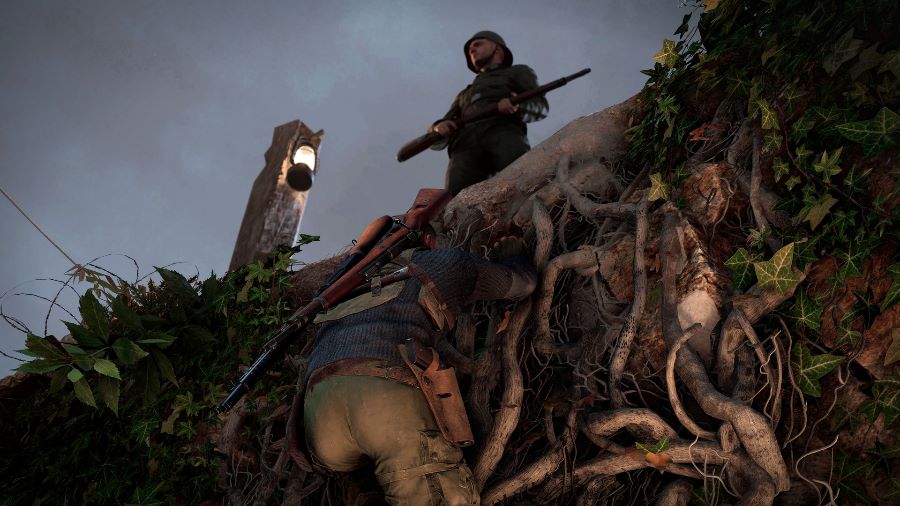 Along with the main story objectives you have to complete for each mission, there are also some additional side missions to take on, a Kill List target you can search for and defeat – in a specific way – for some bonuses, workbenches to customize your equipment, as well as several collectibles to find that will allow you to learn more about the conflict and the situation at hand. And yes, there are trophies tied to finding said collectibles – more on trophies in a bit.


Since I ended up playing the PlayStation 5 version for this Sniper Elite 5 review, I have to mention how the hard work of Rebellion for creating the real-world locations you’ll explore is top-notch. The team as used photogrammetry – that is, extracted 3D information from photographs – to give us a very detailed experience you can play on your own or alongside a companion, even sharing ammo and items as you heal each other’s wounds when needed. The X-Ray kill cam is also back, and the most detailed yet, showing you all of the damage that your bullets deal. You can, of course, decide how much the kill cam is used, or deactivate it all together.

There are several options for playing Sniper Elite 5. There’s the Campaign Mode, which gives you access to the game’s main story experience. You could also go online and host a co-op game or find a co-op game to join. To spice things up, you can play the Axis Invasion Mode join another player’s Campaign run as the dreaded Sniper Jäger and use special skills to hunt them down. If you activate Axis Invasion Mode for your Campaign Mode run, you’ll be rewarded with bonus experience points when completing objectives. There’s also a Survival Mode in which you must defend command paths against waves of enemies. And then there’s the Multiplayer Mode. 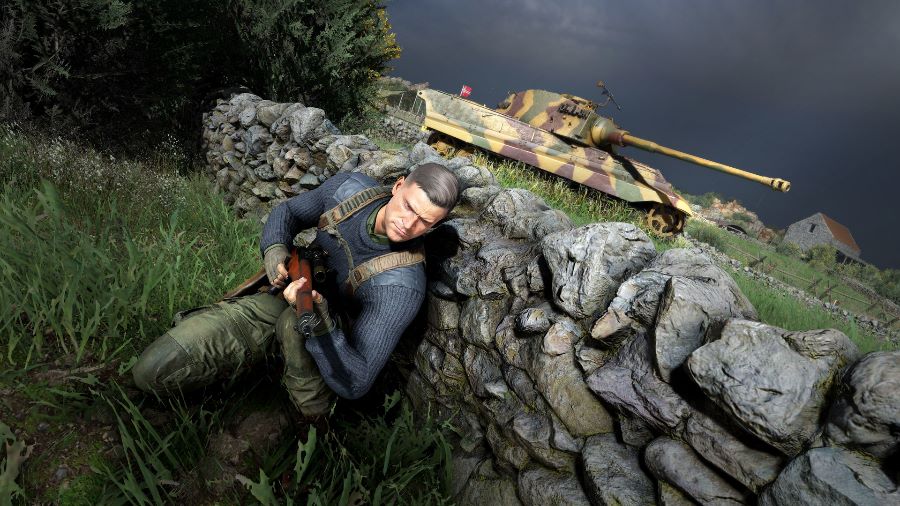 For the Multiplayer Mode you can take on one of four different options: No Cross, Free-for-All, Team Match, and Squad Match. No Cross is a long-range team game in which players are separated by an impenetrable barrier, and must use their snipping abilities to defeat their opponents. As the name suggests, Free-For-All has all players having to defend themselves from everyone else. Team Match splits players into two teams of eight players each, while Squad Match splits players into four teams of four players each. You can also take on custom online matches.


If you’re new to this long-running series, then the controls might take a bit to get used to. If, on the other hand, you got to play Sniper Elite 4, you’ll feel right at home. You’ll move your character with the left analog stick, using the right one to look around and aim. Press in on the left analog stick and you’ll be able to sprint. Do the same on the right analog stick, and you’ll use your binoculars – but if you hold, then you’ll use your focus. The Triangle and Square button can be used for interacting, but they can also be used for a melee pacify and a melee kill, respectively. The X button will be used to quickly take on some nearby cover.

To aim, press the L2 button, so that you can fire with the R2 button. Depending on which weapon you’ve equipped, you might also have access to a scope for the always fun sniper aim so that you can calculate your shot to make every single one count as you take down enemies from a safe distance… that is as long as your enemies don’t have a sniper in their ranks! If you press the L1 button you’ll open up the radial menu, from which you can quickly select your weapons. Pressing up on the D-Pad can allow you to change your rifle ammo, while pressing left will change your pistol ammo. Press right and you can change your secondary ammo. If you have an item, you can use it with the R1 button. To check your map, press the Touchpad on the DualSense. You can also change to the Skills tab to spend your skill points to boost your abilities that are split into three segments: combat, equipment, and body. 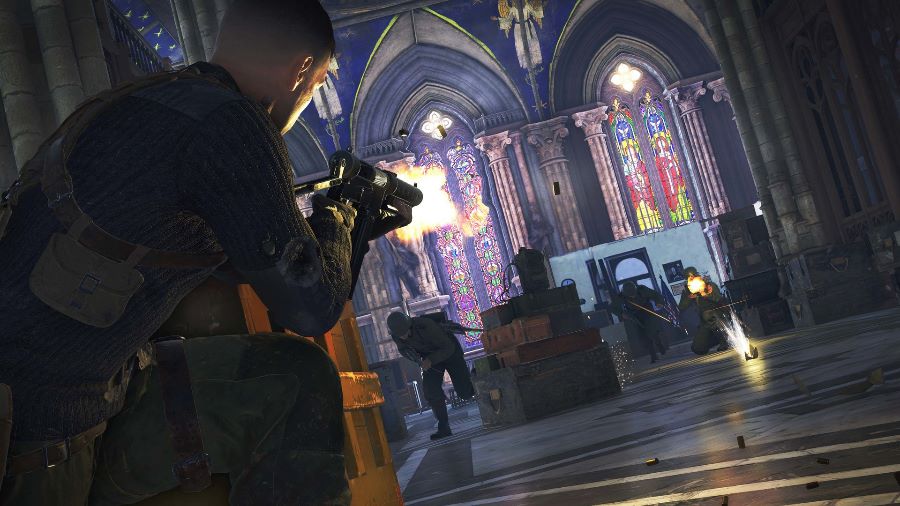 Trophy-wise, Sniper Elite 5 has a full trophy list with a Platinum trophy for you to work on. There are trophies tied to completing the different missions that the game has to offer, as well as for completing the game, and for completing it in the Authentic difficulty setting. As for the rest, there are some for completing miscellaneous side missions as you progress through the game, and there’s one for completing a mission on any difficulty setting without healing. You’ll be rewarded by using your snipping skills to hit every organ at least once with your rifle. There are several trophies for defeating hundreds of enemies with a pistol, a secondary weapon, and a rifle, as well as having a total kill distance of 100,000 meters. You’ll also have to work on trophies that require that you find the many hidden collectibles. And you’ll also have to take on the online side of the equation


Something I want to mention are the accessibility options that Sniper Elite 5 has to offer, since they help gamers to tailor their experience to increase their entertainment. There’s the option of activating subtitles during gameplay and cutscenes, and you can change the box opacity, text size and color. There’s also a colorblind mode that will change the colors of certain UI elements depending on the type of colorblindness that a gamer has. You can turn on aim assist if playing with a mouse and keyboard combo, and select the level of aim assist during over the shoulder aim and scoped aim as needed. You can also change the text size for the menu, the dynamic range for audio, if motion blur should be used, the sensitivity of analog sticks when aiming, and enable or disable the distortion effect when using binoculars. 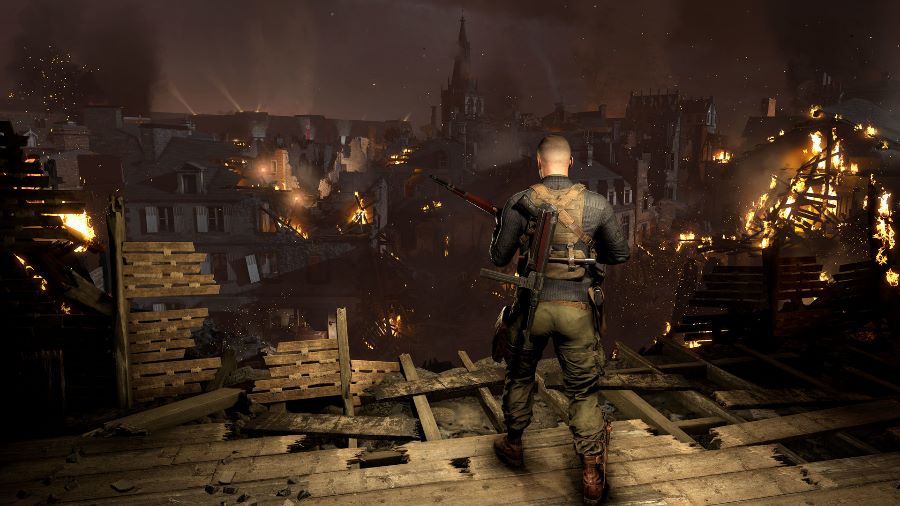 Sniper Elite 5 is a solid sequel that improves on what its prequel did by giving us more detailed locations to explore, more objectives to complete, larger maps, new customization options for weapons, a revamped kill cam, and a handful of modes to play online on your own or in groups. The main campaign will end up taking you around 12-14 hours to complete depending on your skill level – and the difficulty setting you select – but if you want to search for all collectibles and complete all side missions, you can easily add an extra 10 hours on top of that. And when you consider the multiplayer side of the game, there are going to be dozens of hours of gaming in your future. Sniper Elite 5 is out tomorrow as a Cross-Buy title, which means your $59.99 purchase will grant you access to both the PlayStation 4 and the PlayStation 5 versions of the game. You could also go for the Deluxe Edition which is available for $89.99 and adds the Sniper Elite 5 Season Pass and the P.1938 Suppressed Pistol. 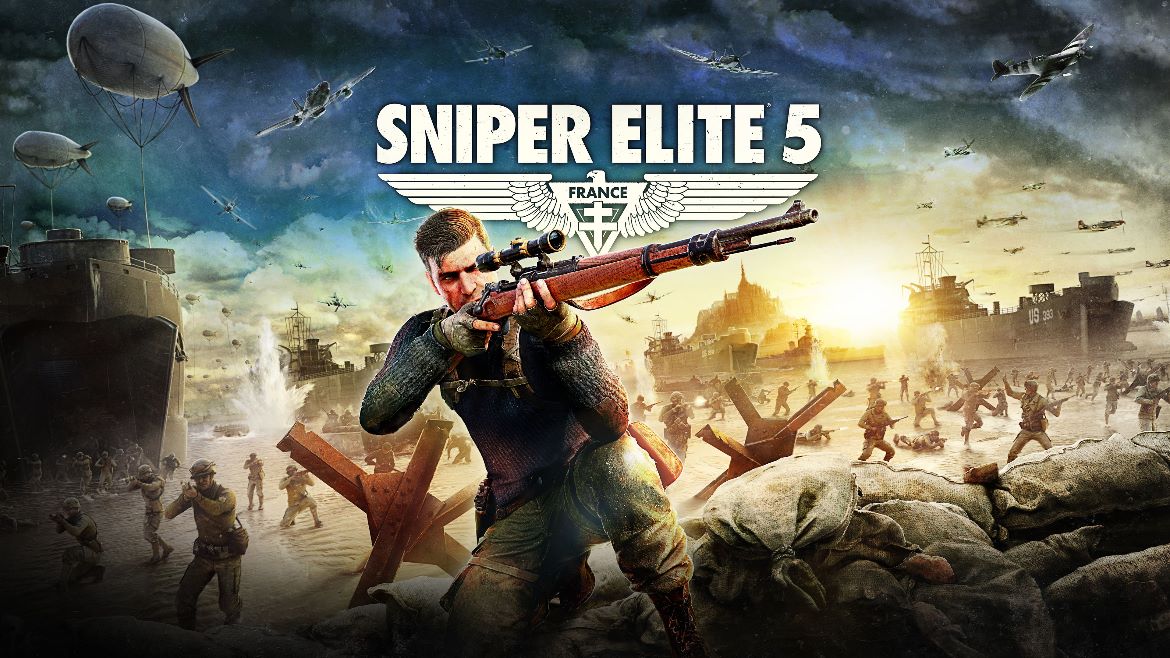 Excellent sequel that improves on everything

Disclaimer
This Sniper Elite 5 review is based on a PlayStation 5 copy provided by Rebellion.

Card Shark Out Next Week