Soulslike sequel Salt and Sacrifice from Ska Studios and Devoured Studios is ready to go on PlayStation. It follows on what prequel Salt and Sanctuary did on PlayStation 4 back in 2016. You are now a Marked Inquisitor who must go on a journey to hunt down the evil Mages that plague the kingdom, to keep magic in check before its corrupted nature ends up destroying everything in its path. Mages are not the only threat, since monsters have also invaded the land. Play the game on your own or enjoy the online co-op component to drop into someone else’s session or have someone join yours.

After selecting your name, you’ll get to configure your character. First up is selecting its class between the available options: Assassin, Cleric, Fighter, Duelist, Highblade, Paladin, Ranger, and Sage. After this, you can select your characters crime, for which it’s taking on this penance. These include Brigandry, Drunkenness, Forgery, Heresy, Lasciviousness, Smuggling, Sumptuousness, Usury, and Vagrancy. This will affect your starting item. You can then configure its look by choosing its body type, ancestry (Dusk, Highlander, Mountain, Oasis, Sun, Wood, Valley), eye color, hair type and color, whiskers and whiskers color, and eyebrow color. 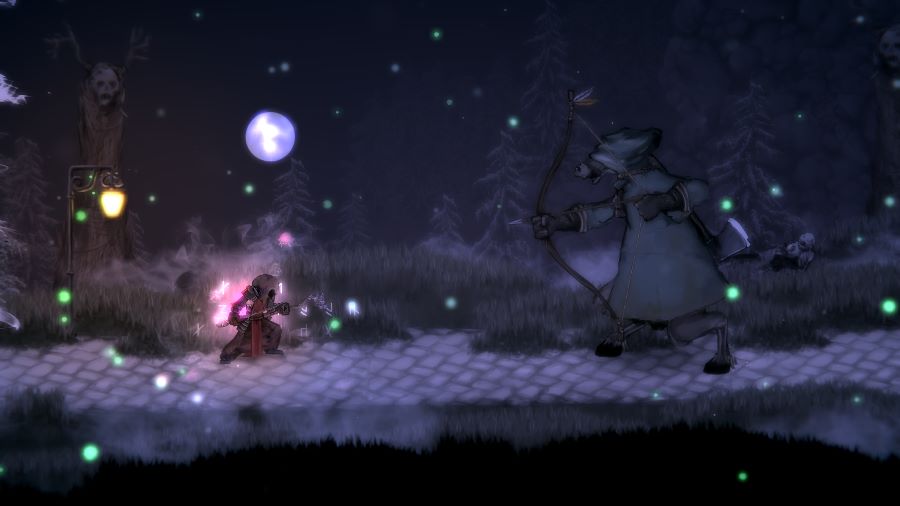 You’ll control your character with the left analog stick as you run around each area, springing by pressing in on the analog stick. You can jump – and wall jump – with the X button and attack with the Square button. You can also unleash a more powerful attack with the Triangle button. To switch between weapons, press up on the D-Pad. Your ranged weapon will be mapped to the L1 button. Press the L1 button to aim, and then press the Square button to attack. To interact, just press the Circle button. You’ll have to dodge, which will be needed for staying alive since everything in Salt and Sacrifice is out to kill you.

You can also block with the L2 button, but you shouldn’t rely on it too much since your block can be broken, leaving you wide open. Once you gain access to the grappling hook, you’ll be able to launch it while jumping by pressing the R2 button. To use an item, press the R1 button. To switch between your available items, press left and right on the D-Pad. You can check your inventory by pressing the Touchpad on the DualSense. The right analog stick will be used to look all around you, which will be crucial during some of the more action-packed segments. You got all that?


Since this is a Soulslike, that means that your actions will consume some of your stamina. If you sprint through an area, you need to be aware of how that might keep you from being able to dodge right away if you run into some enemies. Rolling to avoid an attack is a must, since you won’t be able to attack if you don’t avoid an enemy’s frontal attack. Attacking will also consume stamina, so if you don’t time things just right, you might find yourself in the worst possible scenario, surrounded by enemies without being able to retaliate at a fast enough pace.

Death is part of Salt and Sacrifice’s cycle. You won’t be able to defeat all monsters and bosses during your first run. Take it slow, defeat some enemies, and use the Salt you collect and the items they drop to improve your loadout and boost your character’s stats. When you die – not if, but when – your character will drop a sack with all of the Salt and resources you had collected. If you manage to get back to the spot where you died and collect the sack, you’ll recover all of its contents. If you die on your way there, then it’s lost. This is why you should certainly grind a bit to get some extra Salt to level up, but not over do it, or else you run the risk of losing all of your hard work from making a couple of mistakes. Do know that when you die, you’ll also be nerfed a bit, losing some of your overall health, which, in a game where each hit lands hard, can be a big crutch to overcome. The good news is that there are some – rare – items you can use to recover from this burden. 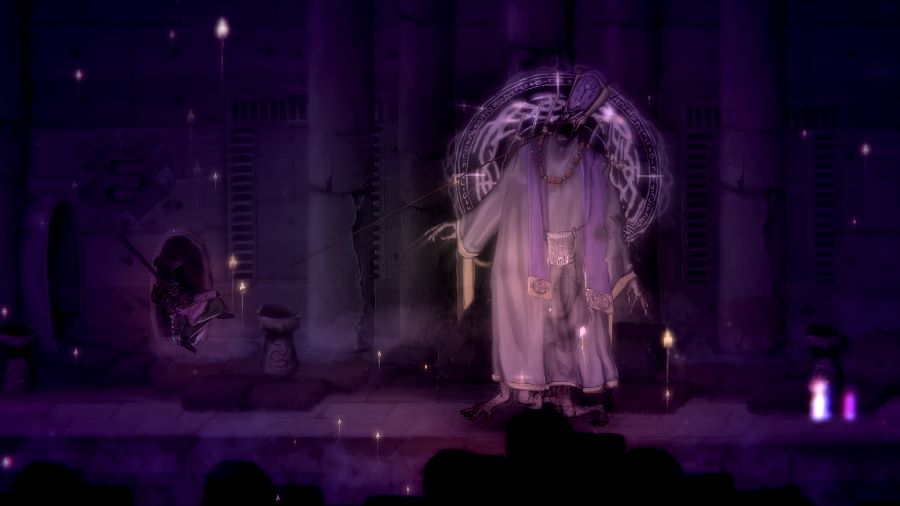 To be able to stay on top of things and stand a chance against the monsters in your path, you’re going to have to craft some new equipment, as well as enhance it. You’ll also have the option of enhancing your tools, for which I suggest you start by improving your Hearthen Flask, so that you can heal more often and thus remain alive for longer periods of time. For these actions, you’ll need to have the right materials for the job. You’ll also have to use the Salt you collect to level up at the statue. Do this and you’ll receive boosts to your character’s health, stamina, focus, carry limit, melee and ranged attack, physical defense, elemental defense (against fire, cold, poison, light, and dark), and to the odds of finding some good items during your travels.


To craft, you’ll need to hunt down, defeat, and consume Mages. Mages are conduits to realms of pure energy, and consuming their energy will allow you to gain power while also opening new paths to explore by taking down magical barriers. The remains of Mages are also a crucial part of the crafting process, and their flesh will be put to good use. Never waste any resource! The game also includes a vast skill tree to work on. As you level up, you will gain points that can be allocated at the skill tree to unlock new abilities and skills that can boost your stats or grant you access to special attacks that can deal considerable damage to enemies. You’ll also be able to improve your character at the skill tree to unlock being able to carry and use new types of weapons.

Obelisks are very important, since they will allow you to rest and resupply, so that you can recover your health and focus while replenishing all consumables and restocking all materials. You can also decide to use it to return to camp at Pardoner’s Vale, so that you can improve your character’s equipment and stats. As long as you remember that using an Obelisk will have all enemies respawn, which is both good and bad, since you’ll be able to defeat them for more Salt and items, but it could prove to be tricky to do this if you haven’t level up before taking on them again. 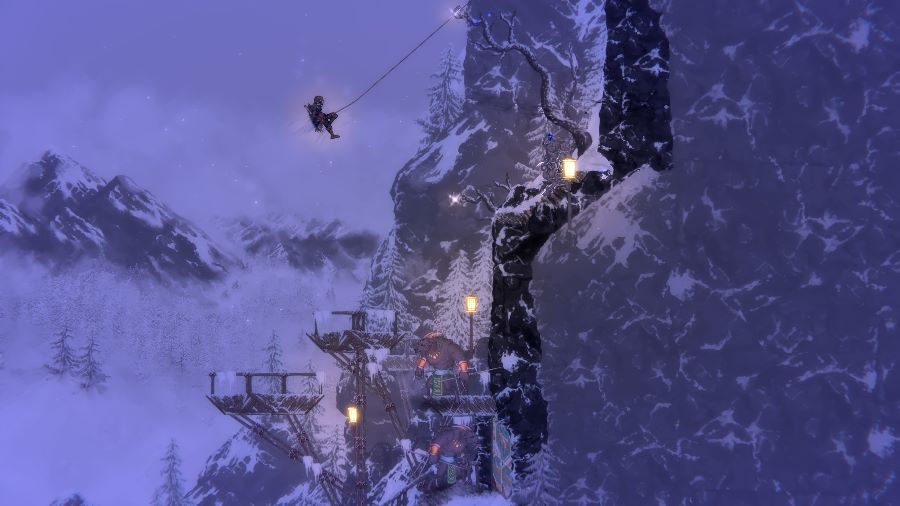 During your time with Salt and Sacrifice, you’ll work on completing the Bestiary. Every enemy and boss that you find will be added to the Bestiary, where you can check some extra information about it – such as its attack type or what type of items it drops when defeated. There are more than 160 entries to work on, and some enemies have several potential drops of a varying rarity, so if you want to 100% the game, there’s a lot of extra work to do.

Speaking of going for 100% of the game, you’ll also have to work on the game’s Platinum trophy for your collection. The list is split into 47 Bronze trophies, 4 Silver trophies, and 2 Gold trophies. Given the game’s Soulslike nature, there’s a ton of trophies tied to defeating the deadly bosses that the game will throw at you, as well as consuming the huge list of Mages you need to hunt down. On top of this, you’ll have to helps some NPC, upgrade all potions, salves, and decoctions to the max level, have Warpsmith Zakiel craft a piece of gear from the remains of a Mage, as well as complete a handful of quests I won’t spoil here.


Something that Salt and Sacrifice does to not fall into the “the font for this game is too small since it was designed for PC play and then ported to consoles” pitfall, is give you a handful of configuration options to tailor your experience. You can activate a more legible font, change the scale for the HUD, and change the scale for the menu. There’s also the option of deactivating blood, having player markers show up when playing in co-op, change the game’s language, enable or disable vibration, and activate or deactivate online play. 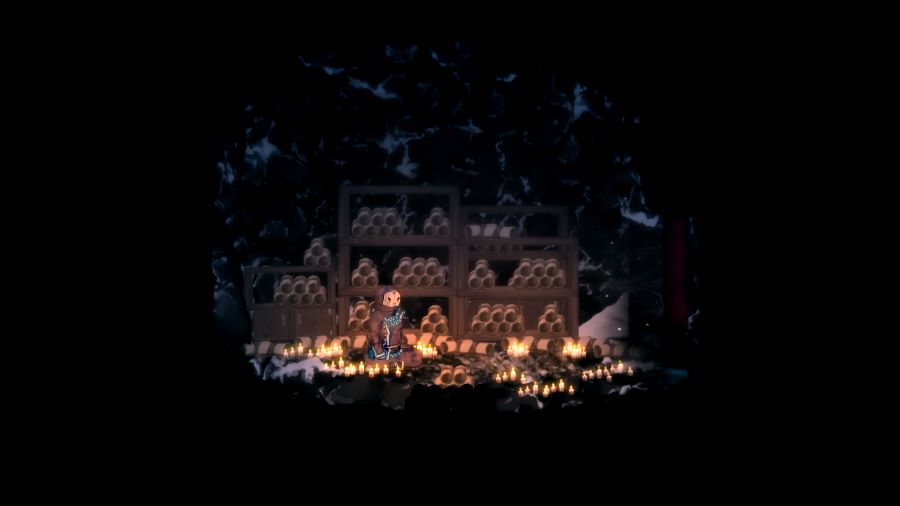 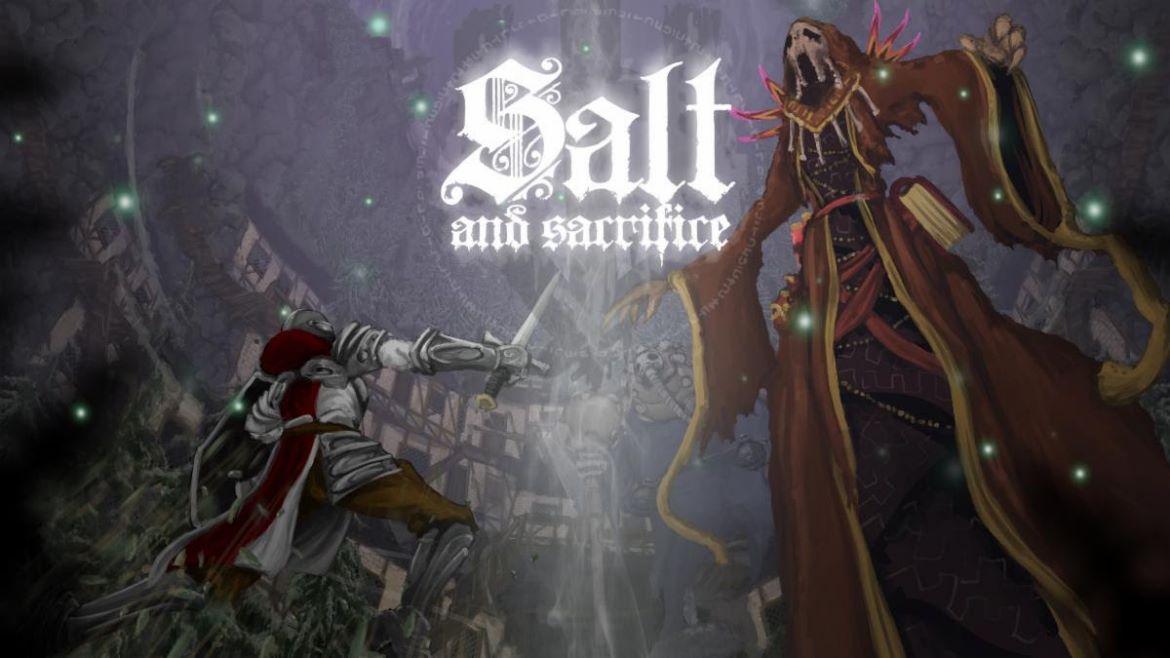 A great game that improves on its prequel

Disclaimer
This Salt and Sacrifice review is based on a PlayStation 5 copy provided by Ska Studios.