Gravitar: Recharged is the latest revamp of a classic Atari game on PlayStation consoles. The game has been developed by Adamvision Studios and SneakyBox, who’ve previously worked on other games from the Recharged series. The soundtrack is also once again from Megan McDuffee. For Gravitar: Recharged, you can take on the Arcade Mode, in which you’ll be chasing the highest score possible on your own or alongside a companion, or you can go into Missions Mode, where you can take on 24 challenges in single-player o multiplayer options. Before you get started with your Arcade Mode run, the game will offer you three choices to make to boost your overall score with a +2.5% bonus. You can select between having a single life, not using any of the power-ups – more on these in a bit – or not having a shield. There’s also the option of skipping these modifiers and taking on the standard experience.

The controls are simple since the game does pay homage to the source material. You’ll move your spaceship with the left analog stick as you boost with the R2 button. To shoot your weapon, press the X button. Your fuel isn’t endless, so you’ll need to keep an eye on the gauge in the upper left corner of the screen to see how much you have left. If you’re running low, you’ll have to get close to a fuel canister to restock. Just activate your shield when near one so that you can attract it towards your ship!


Once you manage to land on a planet, you’ll have to use your thruster to move around the area to activate beacons as you use your weapon to destroy enemies. Since enemies and turrets will shoot at you, you’ll have to activate your shield with the L2 button to protect yourself. To activate each beacon, you’ll need to remain within its general vicinity for a few seconds until the beacon has been activated. Once you activate all three, you’ll be able to escape from the planet before it goes boom! 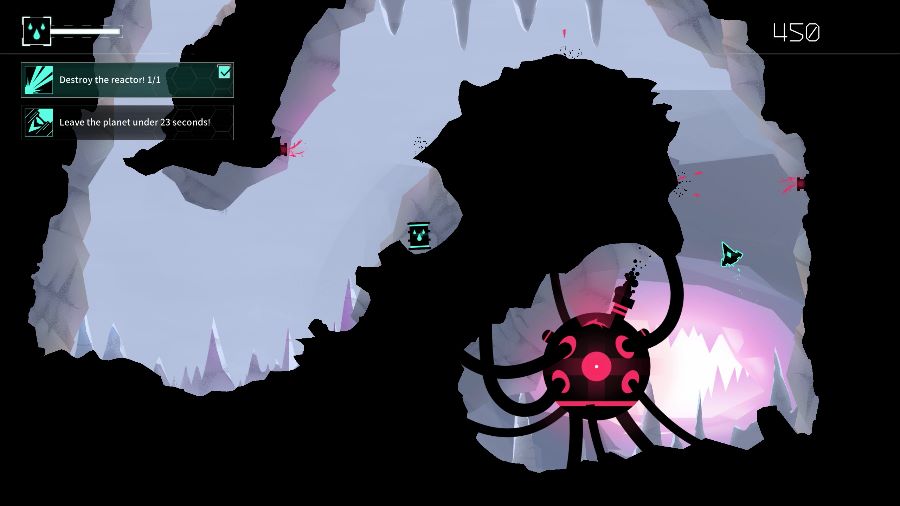 Gravity is always at play, pulling you closer to the surface. You’ll sometimes feel like the game wants to make you pat your head and rub your belly at the same time as you thrust away from danger while shooting at enemies. You’ll also find enemy bases you can invade in order to steal some valuable intelligence for the resistance. These have a different type of layout and have more enemies to take care of. On top of this, you’ll have to navigate small walled segments in which boosting too much will have you crash. Another type of planet will ask that you destroy a set number of enemies before being able to escape. The last planet type will require you to go deep into the enemy base to destroy the reactor. Once you complete all planets, a black hole will eat up the sun, devouring you as it sends you to a new solar system where you can do it all over again.


The power-ups you’ll be able to collect include a powerful Electromagnetic Pulse (EMP) that will affect any enemy or turret that is within its range of effect, an extremely powerful railgun that will allow you to shoot a huge laser for a few seconds that will destroy anything it touches, or a spread shot that can be useful for when you just can’t seem to line your shots just right. You need to be careful because not all power-ups are good for your spaceship. There’s one that will overload your ship, and you won’t be able to attack! 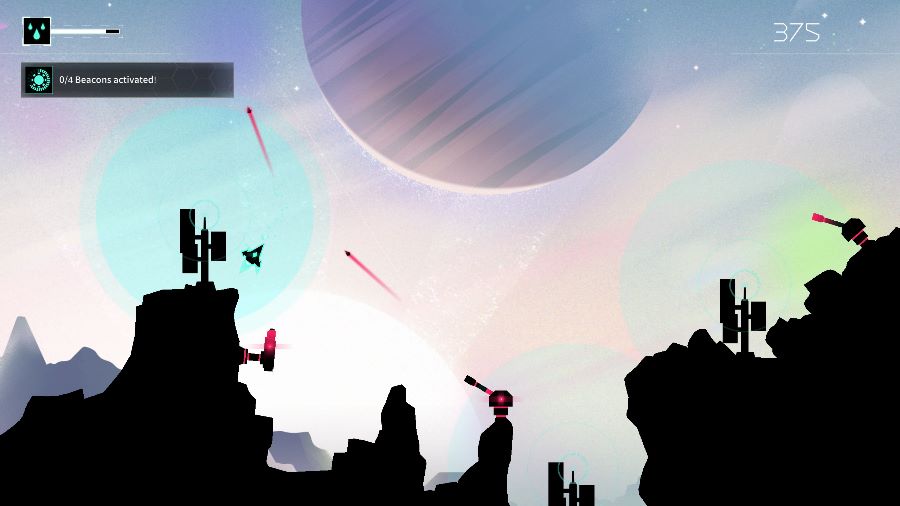 Gravitar: Recharged includes a full trophy list with a Platinum trophy, split into 2 Bronze trophies, 10 Silver trophies, and 7 Gold trophies. It’s not going to be an easy list to complete since there are a couple of trophies that will require some extra work. You’ll get a trophy for completing each planet type, but then there’s also a trophy for completing all six planets in 4 different solar systems. There’s another trophy for completing the first solar system without losing a life. You’ll have to work on completing all the challenges in Mission Mode on your own. And then there are trophies for defeating a ton of enemies with each of the special power-ups.


You can change some of the game’s settings to balance out the master volume, as well as the volume for the music and the sound effects. As for the game’s accessibility options, you can turn off the vibration for the controller as well as the screen shake. There are also several choices for the Colorblind Mode, allowing you to select between Protanopia, Protanomaly, Deuteranomaly, Deuteranopia, Tritanopia, Tritanomaly, Achromatomaly, and Achromatopsia. 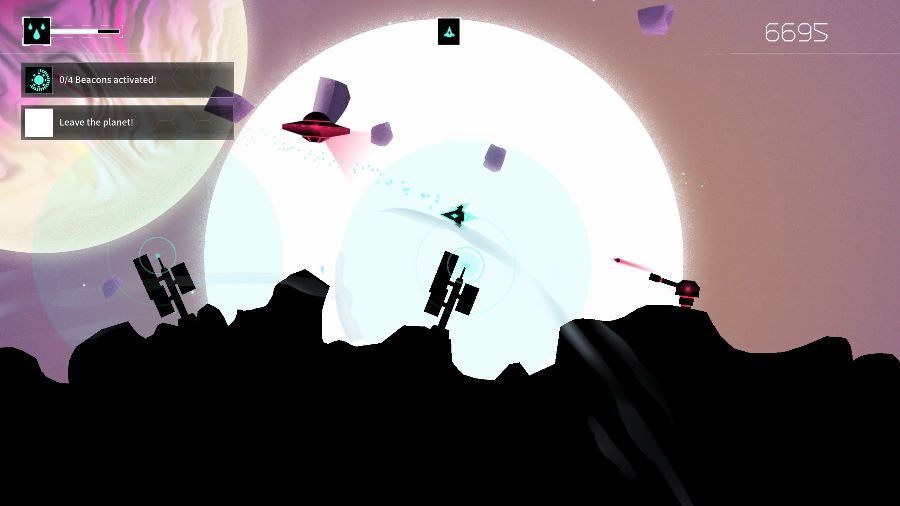 Gravitar: Recharged is a good option for those of you looking to either revisit an old-school classic from Atari’s history or for someone who never got a chance to play the original back in the day. It offers an Arcade Mode, where you’ll be chasing the highest score possible, as well as a Missions Mode, where you can take on 24 challenges, with the option of playing one or the other in single-player or multiplayer. Gravitar: Recharged is out on June 2 on PlayStation 4 with a $9.99 asking price. The game is also available as a separate purchase on PlayStation 4 for the same price. 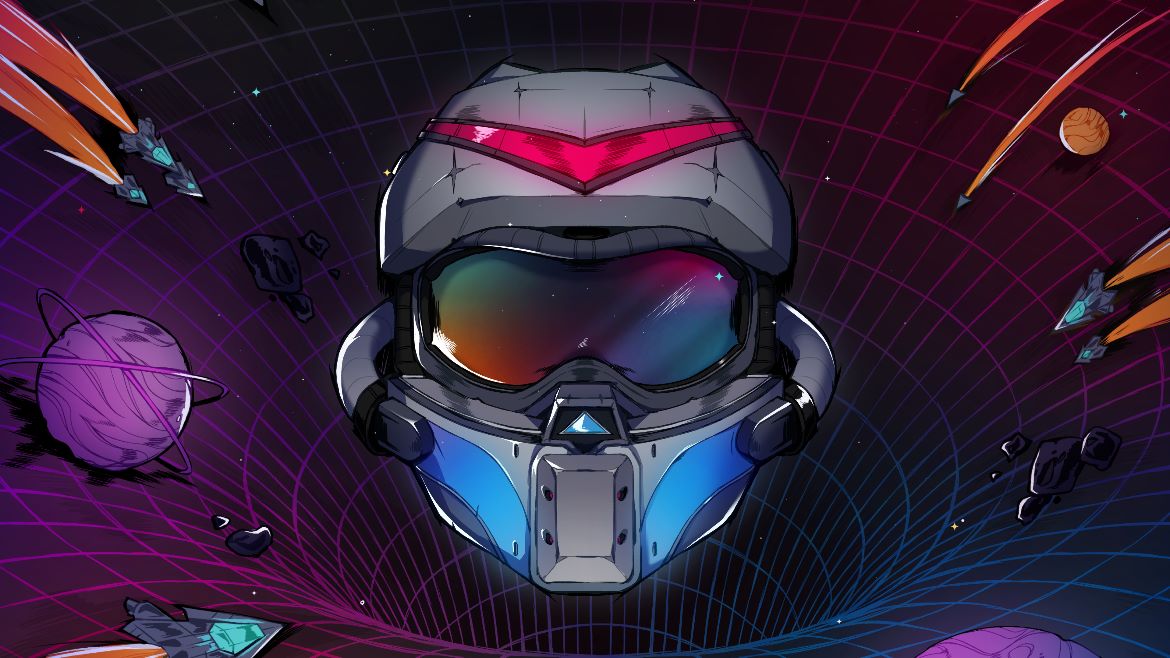 Another solid entry in the Recharged series

Disclaimer
This Gravitar: Recharged review is based on a PlayStation 5 copy provided by Atari.

SpellForce III Reforced Out Next Week