Dolmen by Massive Work Studio and Prime Matter is an action RPG that mixes sci-fi, Lovecraft, and Soulslike to create an interesting but challenging game. Check our Dolmen review! 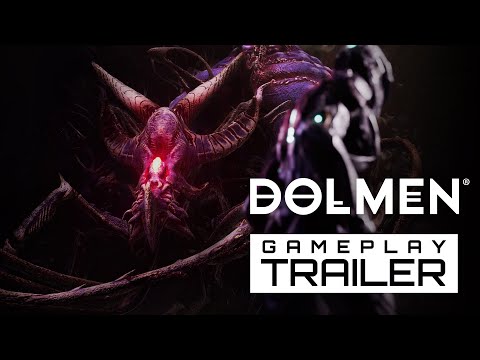 Dolmen by Massive Work Studio and Prime Matter is an action RPG that mixes sci-fi, Lovecraft, and Soulslike to create an interesting but challenging game. The story goes as follows: there is a mine Revion Prime with a lot of people working there. Suddenly, strange creatures appeared out of nowhere and decimated the workers. You are a soldier with the mission of going into this mine to contain the infestation and gathering samples and crystals for people to study in order to try and prevent other invasions. Soon after this introduction, you get sent to the mine and start exploring, only to find a Dolmen crystal that will reveal a vision of a fight between a huge creature and a floating character with what seem to be magical powers. The rest of the story will unfold as you find crystals, fight your way through the mine and interact with computers and other artifacts to learn more about what happened and the Nikiderma, the creatures that invaded. 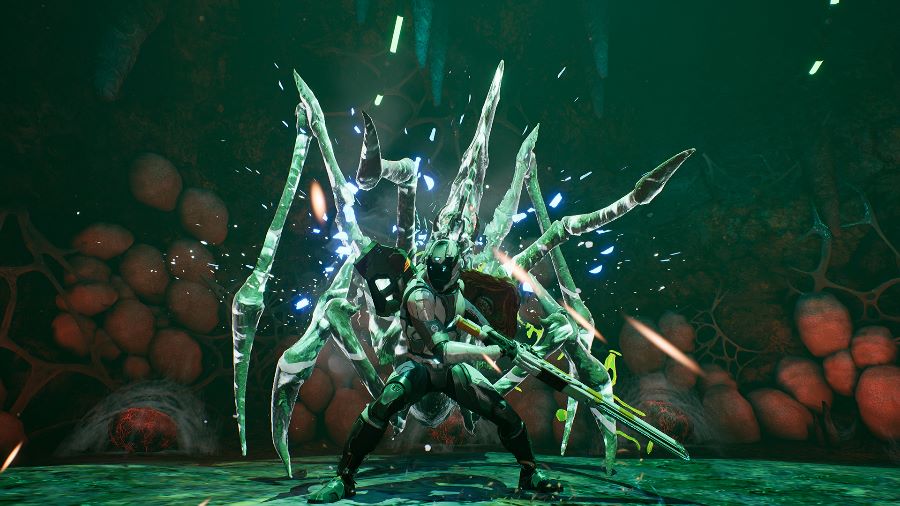 The game is played from a third-person perspective, with the R1 and R2 buttons being used for light and heavy attacks. The L1 button is used to block or parry, and the Circle button is used for the always useful roll. As in other Soulslike games, those actions will consume your stamina, and once it’s depleted, you’ll have to wait for it to recharge a little bit. By holding down the L2 button, you can use your ranged weapon to shoot light or heavy shots with the R1 and R2 buttons, respectively. Those weapons will not consume your stamina but will deplete your energy level. This gauge will be used for long-range attacks, and it’s also used to heal yourself with the Square button. The Triangle button will trigger your reactor, which will make you consume energy instead of stamina and will also apply additional effects to your attacks.


Upon starting the game, you’ll be able to select from a few loadouts to have your character start at level 8, or you can go barebone with the Recruit loadout that starts you at level 1. Depending on what you choose, it will make your stats vary, influencing your stamina, health, and energy levels. In typical Soulslike fashion, the environment and level design are made for you to be ambushed by enemies at every corner. It follows some rather linear corridors, but this helps create a stressful atmosphere as you progress. But that doesn’t mean the game itself is linear, as it will see you backtrack and visit previous areas that were locked for you. 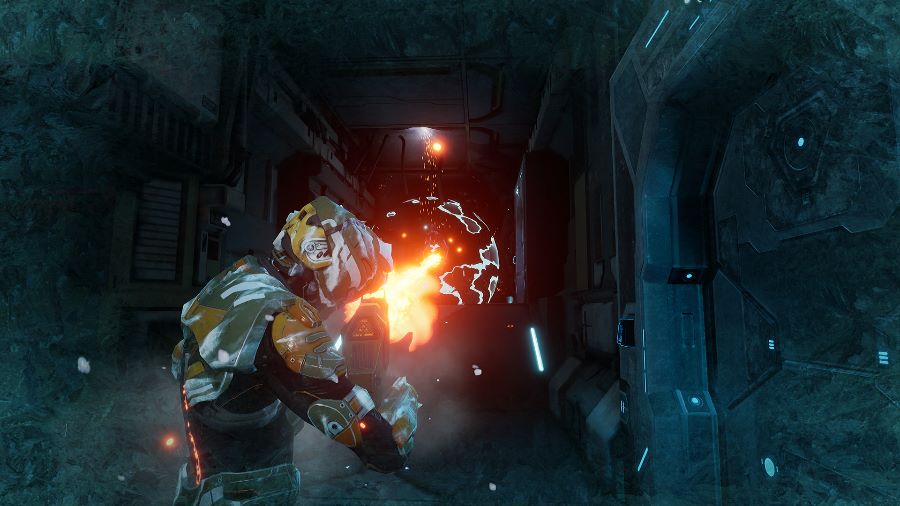 In terms of visuals, the game might not be comparable to big-budget AAA titles, but it still looks solid with great environments and enemies. For example, I encountered a small issue with my Tanker build where his gigantic sword would just clip through every door frame I went through, but it’s not enough to drop the game’s score. Where it does fall a bit behind for me is in the menus. Whatever you have selected has either a small green frame around it or a similar small line under it, making it very difficult to find what you currently have selected and navigate the menus.


As far as Soulslike games go, I found myself enjoying this one. The story’s premise is simple but good, and you’ll likely find yourself reading everything you can find to give you a glimpse of what happened at the mine and what’s really going on. The combat is satisfying with the mix of stamina and energy usage, and I was happy to find a loadout (the Tanker!) that compensated for my lack of skills in the genre, allowing me to actually have a shot at beating the first boss during my second try. 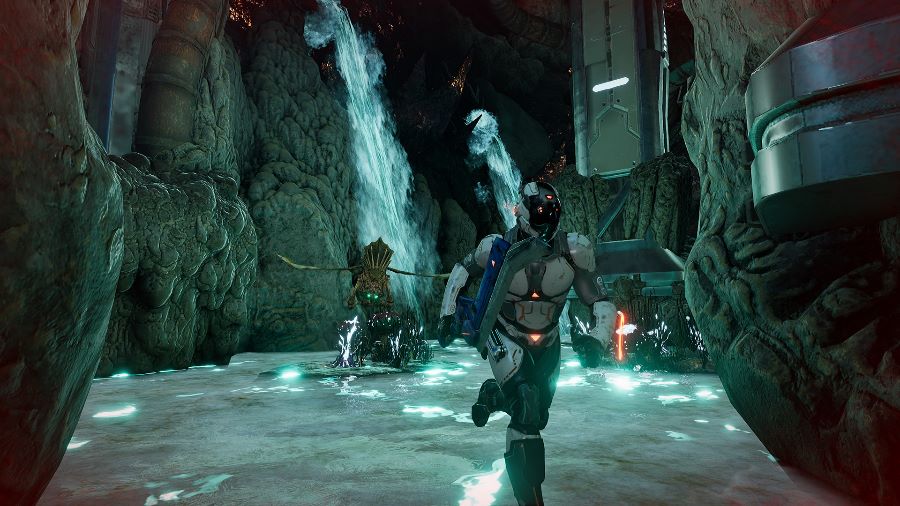 The upgrades are also nicely incorporated into your ship, which you can go back to when you’re at beacons that are scattered around the place. There, you can level up your character by using the Nineties that you collect – a resource that you lose if you die but that you can pick up in typical Soulslike fashion when you return to the spot where you were defeated. You can also craft new weapons and armor with collected materials. There are three categories for armor, which can provide different perks, so it’s another nice aspect that allows you to tailor your build to the kind of playstyle that best works for you.


As for the trophies, the list is rather simple… if you can actually beat the game, of course! Most of the trophies will pop as you progress through the game’s story, with a bunch of trophies reserved for crafting-related activities, as well as finding Drillers that are hidden in the mine. It won’t be a short trophy run, but it will certainly be a fun – but challenging – experience! 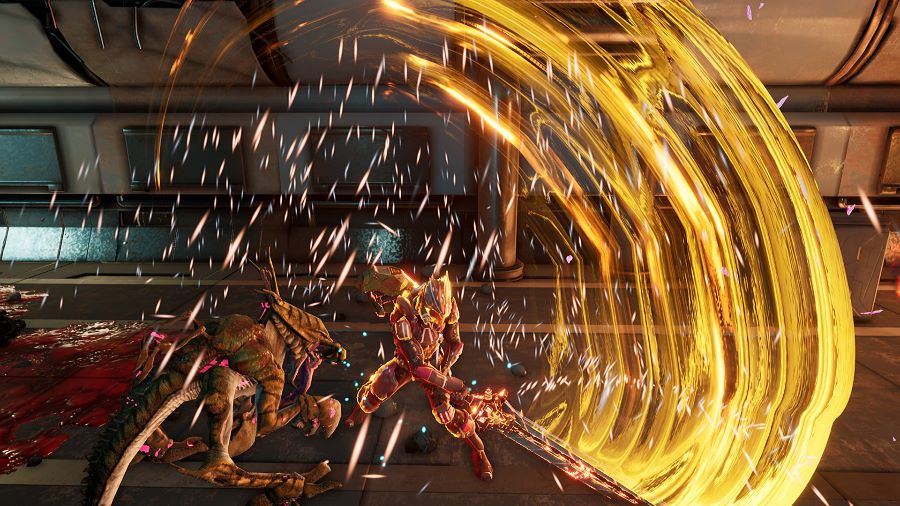 Dolmen is a satisfying Soulslike that offers a good experience that is hurt a bit by its somewhat confusing menus. No, this is not a game that aims to take on Elden Ring. It does set to give us a challenging Soulslike journey at a lower price point on PlayStation, with a nice variety that will satisfy fans of the genre. Dolmen is out tomorrow on PlayStation at a $39.99 price as a Cross-Buy title, so you’ll get both the PlayStation 4 and the PlayStation 5 versions. 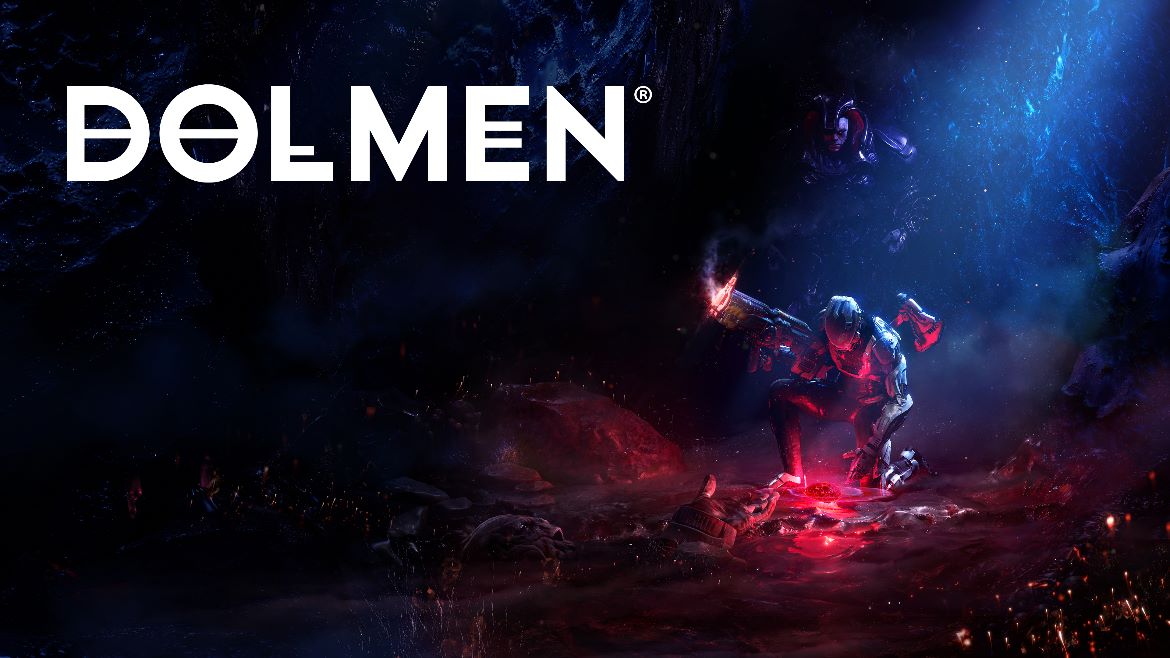 Disclaimer
This Dolmen review is based on a PlayStation 5 copy provided by Prime Matter.