Through a narrative based on Red Ribbon’s new album “Planet X”, experience a broken-heart girl’s journey through thoughts, daydreams and music.

A Sketchbook About Her Sun from Team SolEtude and Fantastico Studio is a narrative-driven game based on the new album Planet X from Red Ribbon. Our main character begins her story as she lands in a new town and decides to draw on a sketchbook to spend her time and try to move on from a relationship that has ended.

Story-wise, this one is relatively abstract, and you might perceive the game differently depending on where you are in life. There is no dialogue, and the only interactions you’ll have with the game are when you select one word that pops up on the screen or select between two words. Depending on the words selected, the main character will execute the action and draw the corresponding sketch while contributing to the poem you’ll get to read at the end of the chapter. 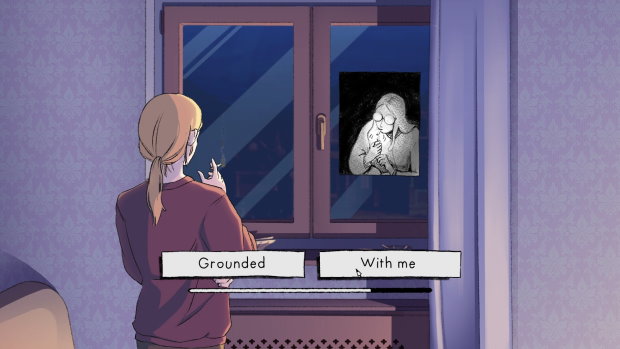 The game is split into 11 chapters, with each one taking around three to five minutes to passively play out, with dialogue options that can’t be fast-forwarded. Each one of the chapters is tied to a track from the Planet X album. The whole game lasts about half an hour and change.

I liked seeing the different drawn sketches all over the screen since the game is also a fully hand-drawn experience. According to the interview we had with Team SolEtude, the dev team mentioned that the whole game was made from the ground up in under five months! 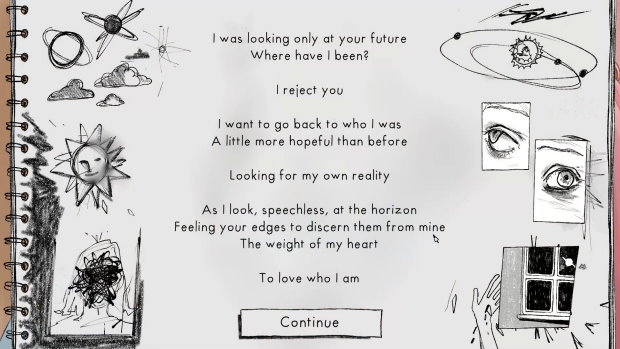 I liked listening to the Planet X album by Red Ribbon, and it was definitively one of the highlights for me since the music really stands out.

If you’re a trophy hunter, you should be pleased to hear that this game offers a very easy Platinum trophy! The list is composed of 1 Bronze trophy, 1 Silver trophy, and 11 Gold trophies. If you want to achieve the Platinum trophy in a single playthrough, our best advice is to avoid selecting any dialogue option, which unlocks the “No thoughts chosen” trophy. All of the other trophies will be awarded for progressing through the chapters. The platinum can be achieved in about 30 minutes. This game isn’t Cross-Buy, so you will have to purchase the PlayStation 4 and PlayStation 5 versions separately if you’re looking to get two new Platinum trophies for your collection. 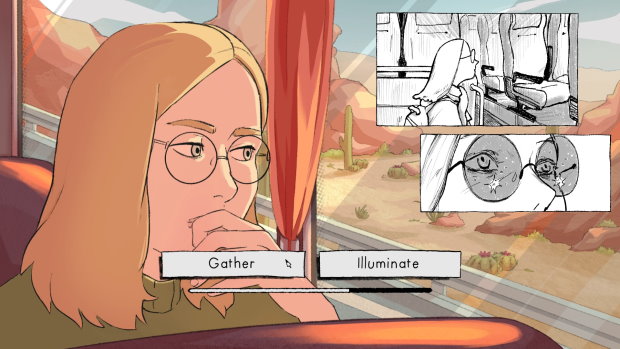 A Sketchbook About Her Sun is a casual game in which you watch drawings in front of you that you can slightly influence based on the words you select along the way as you enjoy the cool music album that plays along with your journey. 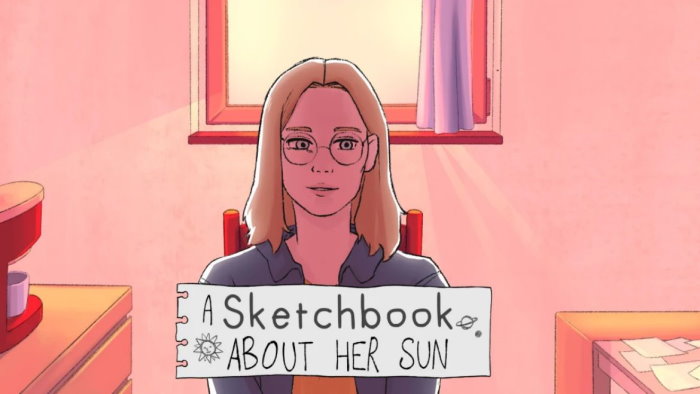 A Sketchbook About her Sun Review

Game title : A Sketchbook About her Sun

Disclaimer
This A Sketchbook About her Sun review is based on a PlayStation copy provided by Team SolEtude.