Raven’s Hike from QUByte Interactive and Wired Dream Studio is a 2D precision platformer in which there’s no jumping. Learn more in our Raven’s Hike review!


Raven’s Hike from QUByte Interactive and Wired Dream Studio is a 2D precision platformer in which there’s no jumping. You’ll take control of the titular characters as you help it use a grappling hook to move around each of the levels as you try to get from point A to point B in one piece. With more than 60 handcrafted levels to complete, and a steady difficulty curve to take on, there’s plenty of content to enjoy in this pixel art style adventure. 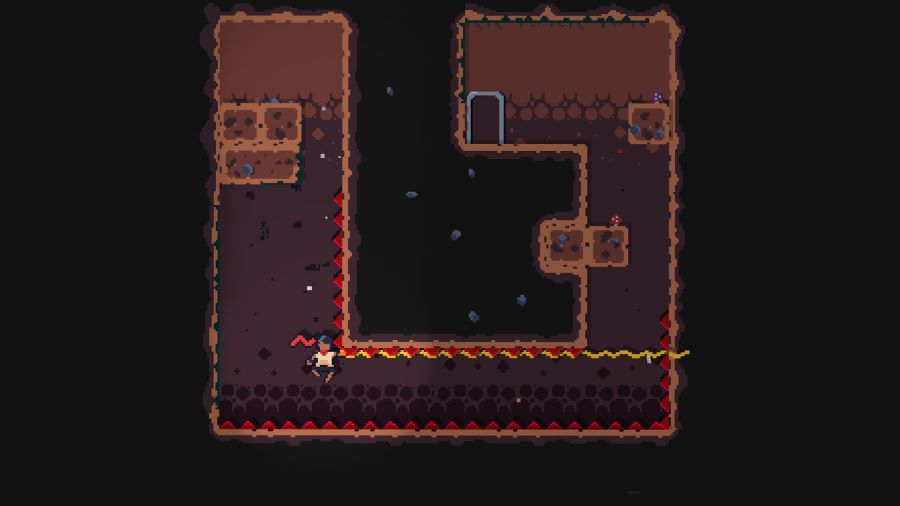 Because there’s no jumping, and since having the grappling hook mapped to one of the buttons on the DualShock 4 would make you feel like you’re required to rub your tummy and pat your head at the same time, the controls are kept simple, so that you can focus on making each move count. You’ll control Raven with the left analog stick or the D-Pad, pressing left, right, up, or down to shoot the grappling hook. You can change directions mid-flight, so that you can avoid the hazards on each stage. If you make a mistake that makes it impossible to clear a level, you can just press the Triangle button to reset it.


Levels start off simple enough, so that you can get the hang of things, but you’ll soon run into stuff to avoid, such as the always classic spikes, stalactites that fall from the ceiling as soon as you fly under them, platforms that fall if you land on them, squares on the background that will have spikes pop out once you travel over them, spinning squares with sharp edges, or dark cloud entities that will chase after you as soon as you wake them up. 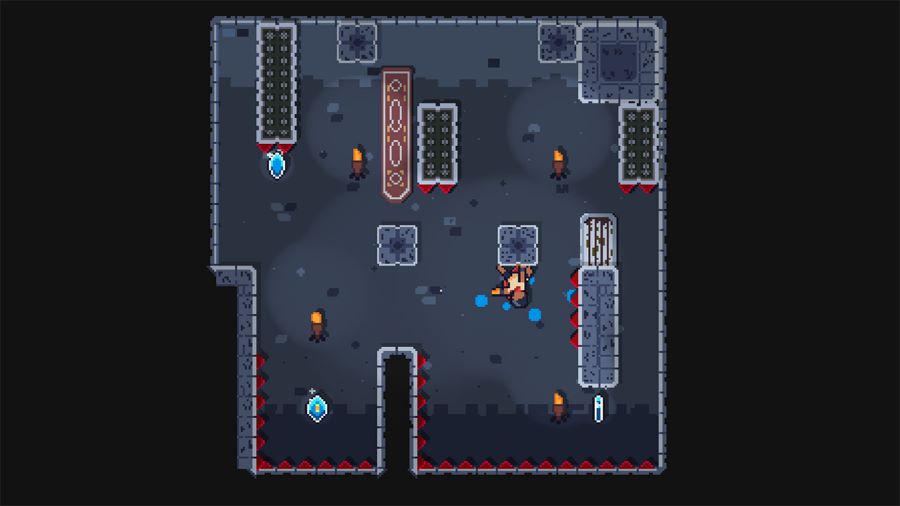 At first, you will only need to reach the door so that you can move on to try and solve the next stage, but things will quickly change. You’ll have to collect glowing crystals to open the door before you can progress deeper and deeper into each area. If you want to 100% the game, you’ll have to collect the hidden feathers that will pop up on some levels after you collect all crystals. These feathers usually show up in a hard to reach area where a single mistake will destroy you, so be ready! 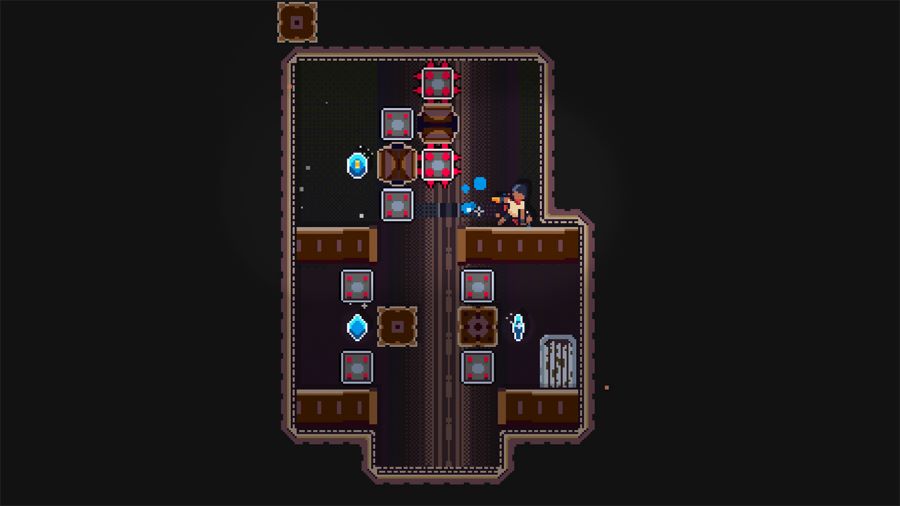 The game has a full trophy list with a Platinum for you to add to your collection. The list includes 2 Bronze trophies, 5 Silver trophies, and 9 Gold trophies. The objectives include completing each of the five areas in the game, dying 10 and 100 times, spending a minute in a level without doing anything, spending 30 seconds on the air without touching the floor, collecting all hidden feathers in each area, completing a room without touching the ground twice, and completing the game in less than an hour. 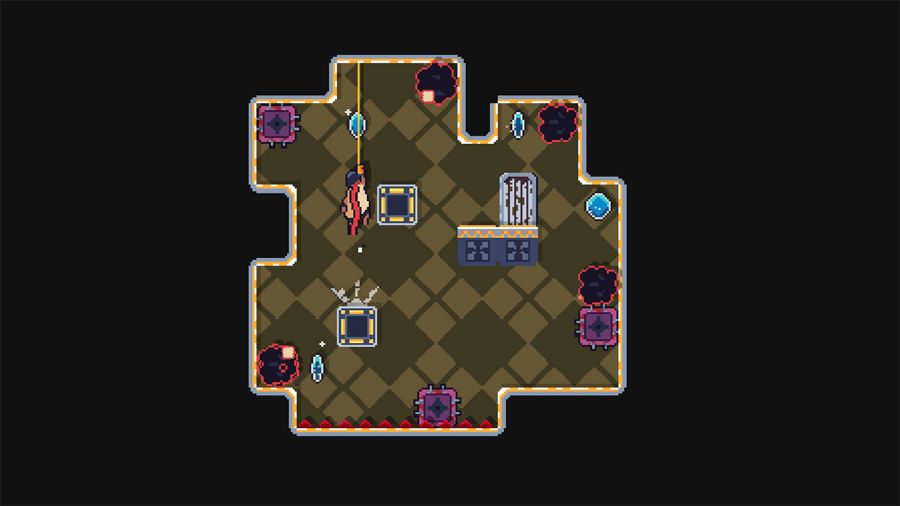 Raven’s Hike is a fun, bite-sized 2D precision platformer that, depending on your skill set, you can complete in a couple of hours at most. Odds are you’ll need to play through this one twice to be able to get the aforementioned speedrun trophy, but that second run is very satisfying as you apply everything you’ve learned from your first run and eliminate most of the mistakes you previously made along the way. Raven’s Hike is available on PlayStation 4 with a low price of only $3.99, and you should definitely check it out! 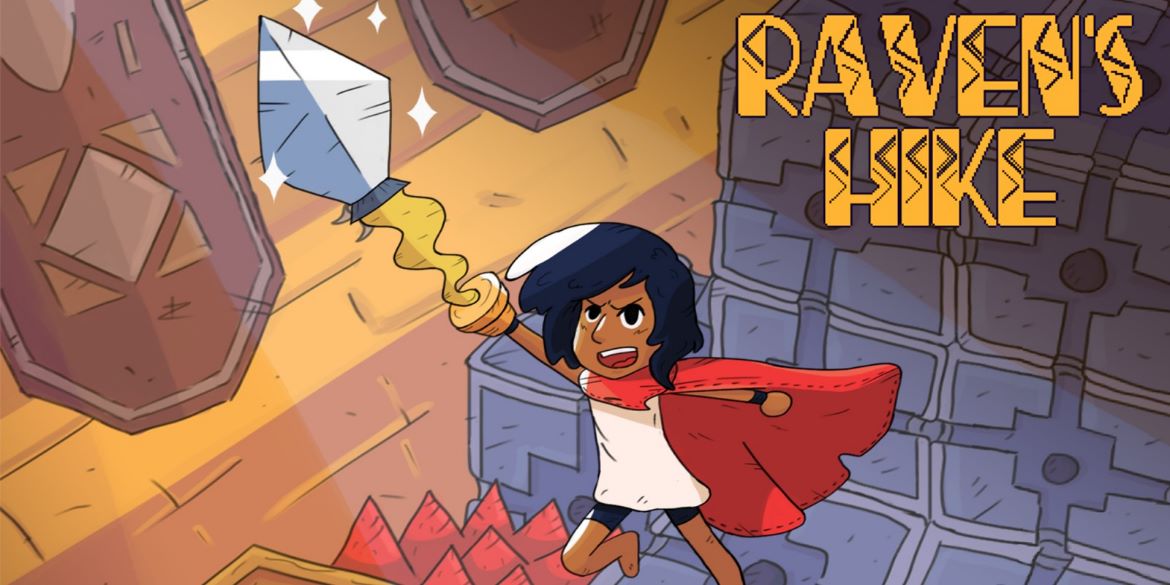 Disclaimer
This Raven’s Hike review is based on a PlayStation 4 copy provided by QUByte Interactive.