Metal Tales: Overkill from Zerouno Games is a roguelike twin-stick shooter that will send you on a quest to defeat the metal gods and save the world. Find out more in our Metal Tales Overkill review!


Metal Tales: Overkill from Zerouno Games is a roguelike twin-stick shooter that will send you on a quest to defeat the metal gods and save the world. The guitar gods have been turned into monsters condemned to play for eternity, and their metalhead fans were turned into zombies. Only one person can stop them, and this is where you’ll come in to face the guitar gods and, ultimately, the God Kuk. 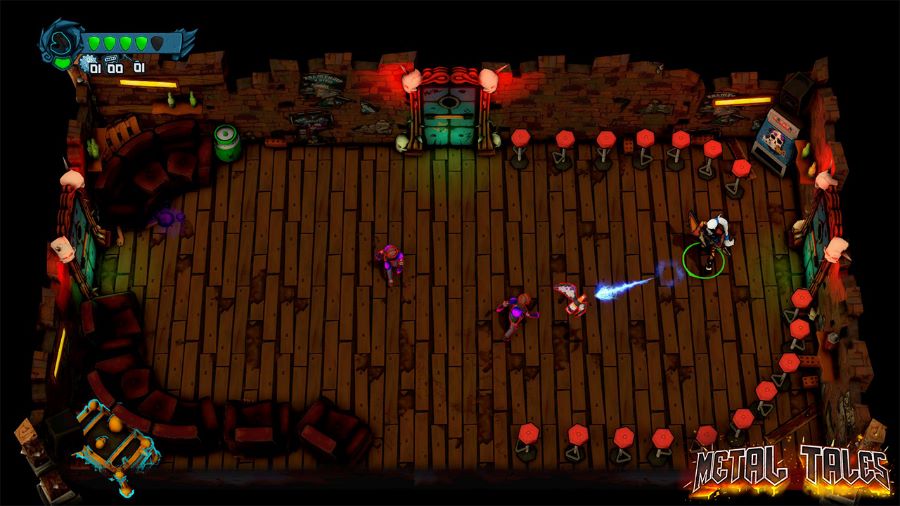 Once you start the game, you have the choice between two characters, Axel and Eve. There are two other characters, but you’ll have to beat certain bosses to unlock them before being able to play with them. Each character has different statistics in terms of Life, Speed, Cadency, and Damage. Once you’ve made your choice, you’ll land in the first of six stages the game offers. The left analog stick is used to move, while the right one is for aiming at enemies. While aiming, you’ll be able to shoot with the R2 button. There’s also the possibility of using the four face buttons to aim and shoot (for example pressing Triangle shoots up), but I found this far less precise than with the analog stick. The L1 button will be for using the items you pick up. Once unlocked, the L2 button will be for the power slide move. The D-Pad can be used to summon the guitar gods for powerful attacks that you’ll unlock as you progress through the game. 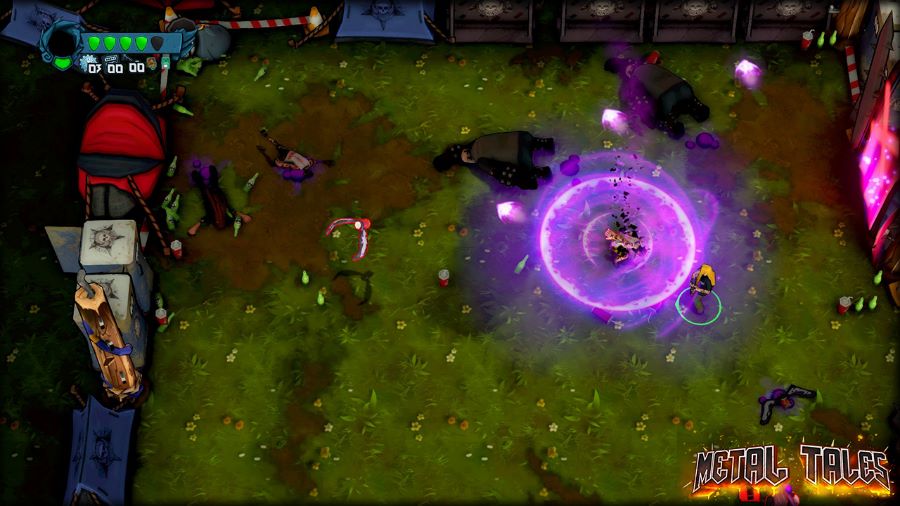 The game has some colorful visuals through each of the six levels, separated into three themes. Nothing truly phenomenal, but enough for the experience it offers. With the game being about metalheads, you can expect the soundtrack to be a great collection of metal tracks that will play as you eliminate all those zombies. Obviously, if you’re not a fan of metal music, you probably won’t enjoy this. If you do like the soundtrack, you’ll be happy to know that the game has a menu where it lists each and every track and group that are part of the game.


In my first few moments with the game, I enjoyed pretty much everything. The gameplay was fun, as I saw my character shooting around from his guitar, and there were a lot of power-ups here and there to change my damage or grant me additional skills. I even discovered – after being killed on the second stage – that missions you complete during your run grant you Metalium, which serves to purchase permanent upgrades before starting a new playthrough. On top of that, the soundtrack is all killer and no filler, with awesome songs to enjoy. 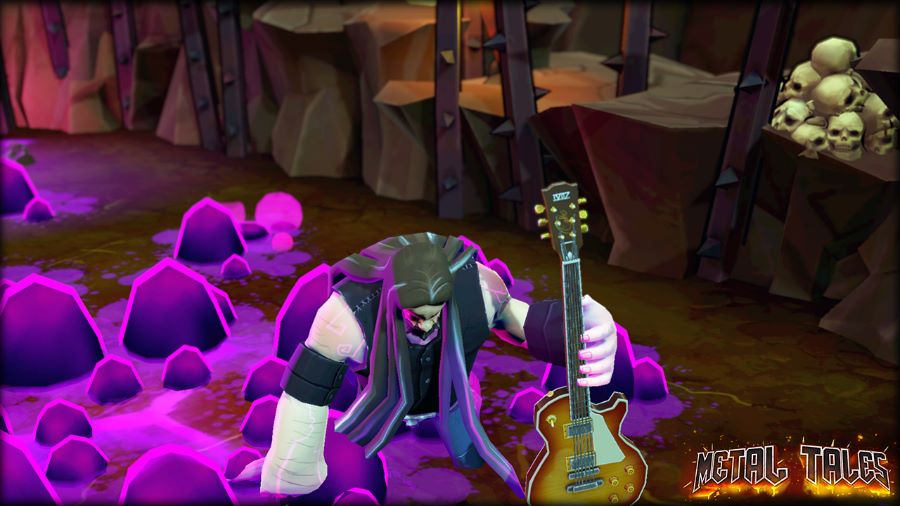 Unfortunately, there were some details that made everything less interesting. Six levels make for a short experience, and since you’ll be doing multiple runs, things do get a bit repetitive. Then there is the whole way power-ups are handled, especially when you get to a shop room. The room gives you a selection of three items, with a cost, but with no way of knowing what each of them does. This means that most of the time, I simply ended up not purchasing anything because it was better than spending money on something I didn’t want. And then, after my first successful run, I noticed on the character selection screen that I could hit Triangle to spend my Metalium, but the button simply didn’t work. 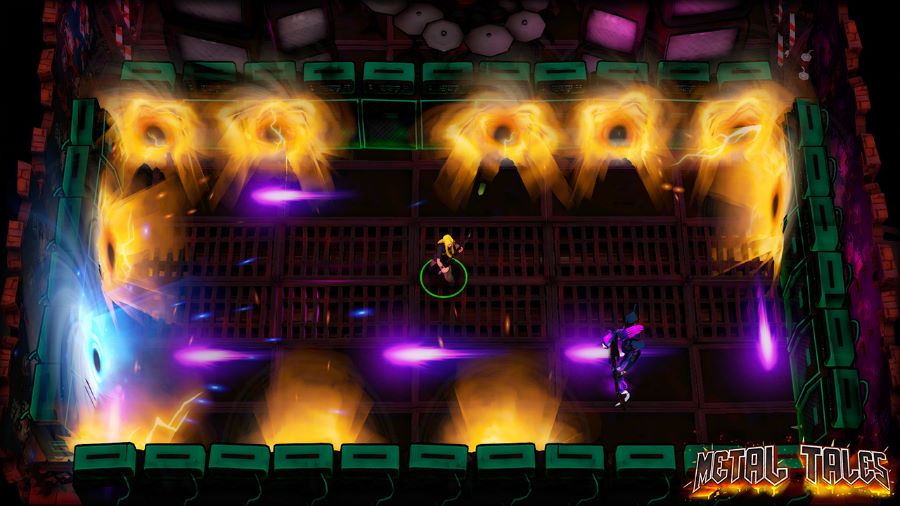 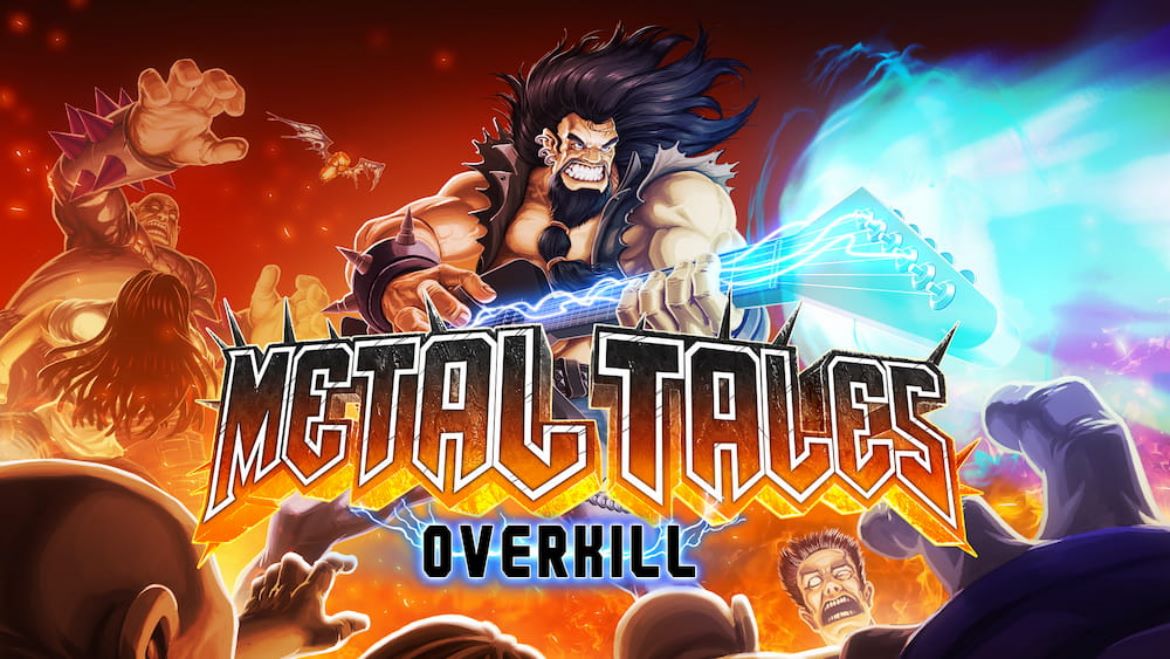 Fun but buggy game with a great soundtrack

Disclaimer
This Metal Tales: Overkill review is based on a PlayStation 4 copy provided by Zerouno Games.